In any other year, Microsoft would have been the clear winner with what it showed at E3 2015.

Gears of War 4, the Xbox Elite Controller and the unexpected delight of Xbox One backwards compatibility were great highlights. But, when Sony went and announced a Final Fantasy VII remake, the resurrection of The Last Guardian and Shenmue III, many judges’ scorecards put the win in Sony’s column.

Either company reaching the same heights this go-round is a near-impossibility, but Microsoft will have a tougher time without a dog in the virtual reality (VR) fight. Still, there are plenty of paths to a successful E3 for the Xbox One, but it won’t be easy. 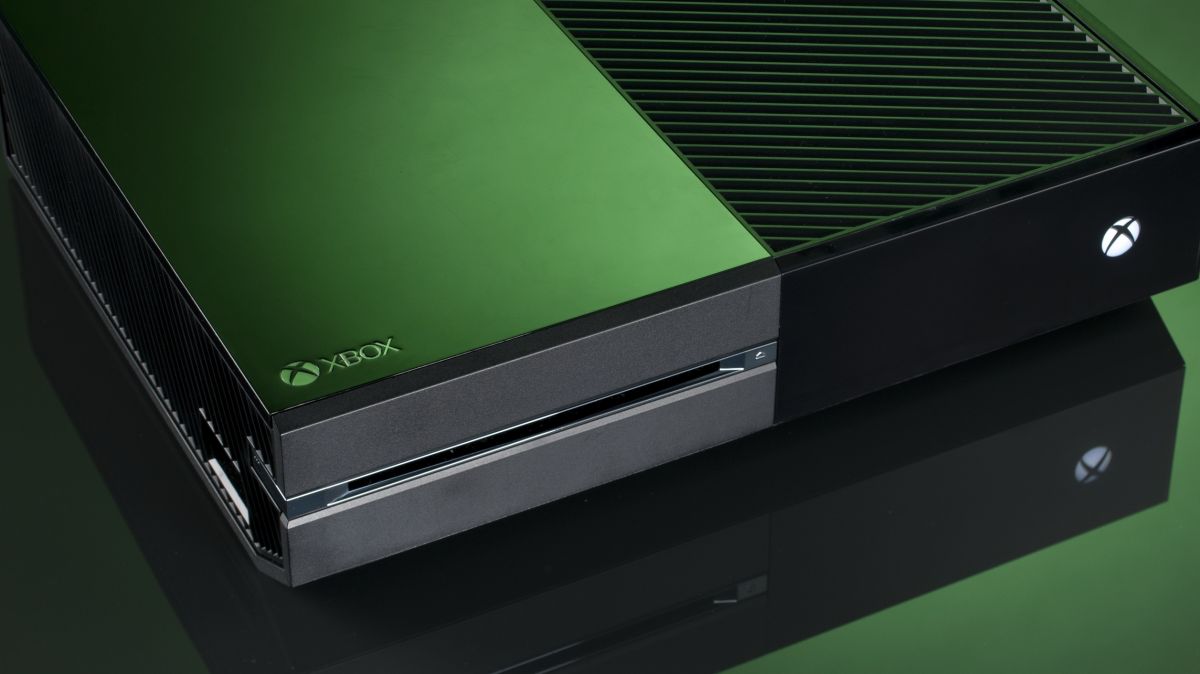 The obvious way for Xbox to win is with a better console upgrade. Both Sony and Microsoft seemingly have new console iterations on deck.

For Microsoft, it’s been even more blatantly obvious, as the amount of bundle deals, discounts and free gift cards handed out with the current Xbox One stock at retailers points toward new console configurations hitting this holiday season. Even more to the Xbox One’s credit; unlike the lead-up to E3 2013, Microsoft currently has its head screwed on straight when it comes to balancing games and multimedia.

Rumors point to a slim version of the currently boxy Xbox One coming this year, with a VR-compatible system due next year. Usually, it’s smarter for console manufacturers to keep their systems as streamlined as possible, so as not to confuse the customer.

While some shoppers may be perplexed when they see cheaper consoles with more pack-ins alongside a smaller system with more storage, Microsoft knows the risk associated with going full bore into new technology (as the Xbox One’s underwhelming launch with Kinect 2.0 proved). 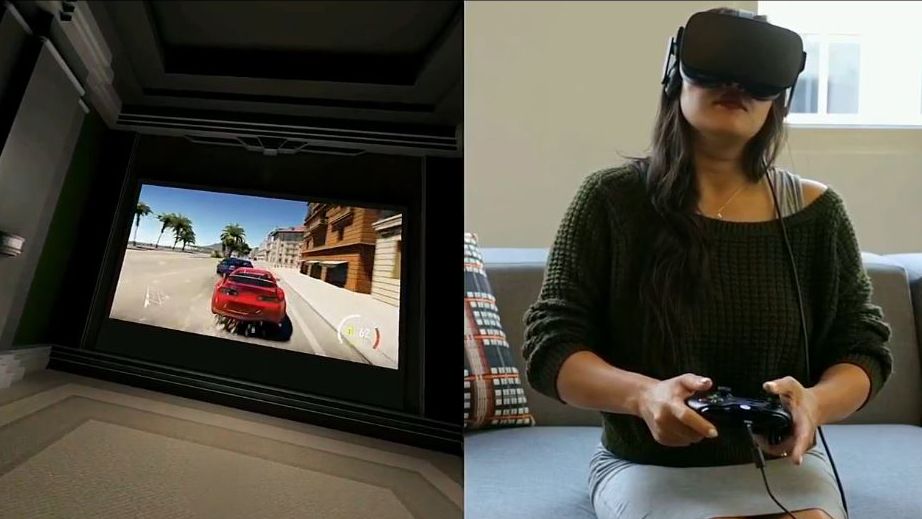 But, even with products like the HTC Vive and Oculus Rift capturing the attention of the internet, even with the likely dominance of VR at E3 2016, the market at large has not shown the level of demand for VR that it has for previous console innovations, like 3D graphics and motion control.

If Microsoft can position (and price) its slimmer and sleeker system as a sensible alternative starting at E3, it could be a winning move. I know, I said the words “sensible”, “winning” and “E3” in the same sentence. I’m as surprised as you are. 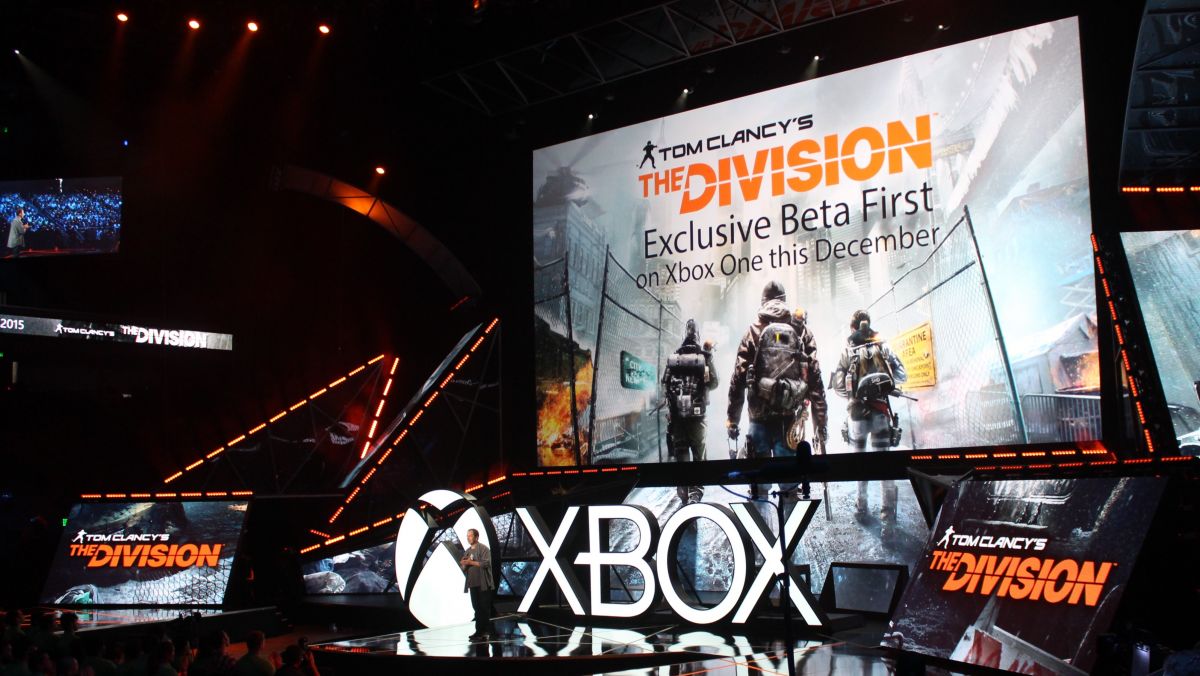 The Xbox itself has been a success for Microsoft, but rarely has an add-on caught on with the general public. That’s why the rumored partnership between Microsoft and Facebook’s Oculus VR makes sense (beyond that the Rift hardware currently ships with the Xbox One controller).

After a half-dozen years of less-than-satisfying returns on the Kinect, it behooves Microsoft to hedge its bets when it comes to VR.

If a partnership comes together, there’s no better ally than the company that started the VR wave and has a vested interest in making sure the technology succeeds. If that comes together, it’s a fine reason to give the Xbox One a VR-focused hardware boost for next year.

If it turns out that Microsoft couldn’t strike a deal with Facebook, working to make a more traditional gaming platform upgrade to fight the PlayStation 4 on a different front would be another wise strategy.

After years of multiplatform games hitting the Xbox One with lower frame rates and resolutions, it would be a refreshing change of pace for Xbox gamers to consistently have software on the same playing field (or even better) than the PS4‘s offerings.

Finally, if the worst-case scenario happens and VR doesn’t end up catching on with the general public, the Oculus-Xbox partnership will just be a redux of HD-DVD on Xbox 360: a shared shame that doesn’t fall completely on the shoulders of Microsoft. 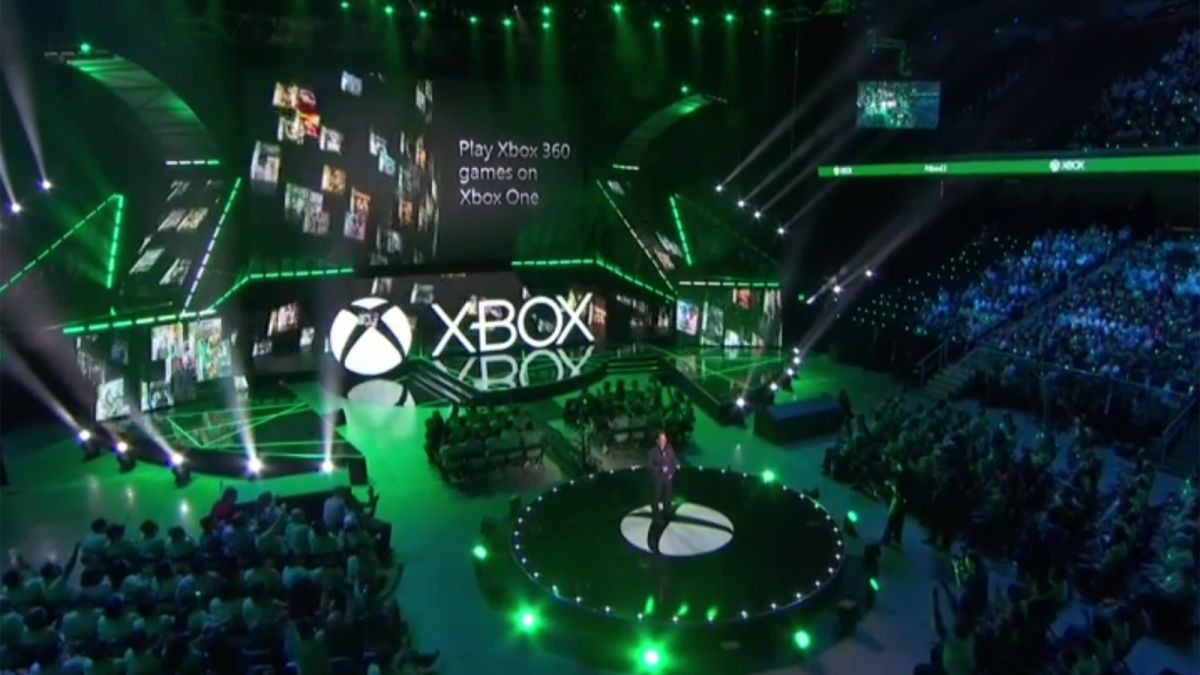 Backward compatibility was a pretty big coup for the Xbox One last year. With Sony struggling to compete in that arena (instead offering up high-priced PS2 games with PS4 support), Microsoft needs to push even further with its initiative to get the biggest games of the previous generation exclusively on its system.

With the exception of Grand Theft Auto 5, developer Rockstar has been hesitant to do definitive editions of its older games. Microsoft getting Rockstar classics, like Grand Theft Auto 4, Red Dead Redemption, LA Noire and Max Payne 3, exclusively downloadable on its new console would be an even bigger coup.

With much of Microsoft’s first-party games from the Xbox 360 already available on Xbox One, seeking out the widest gaps, like the latter two Mass Effect games, the Call of Duty series and both Elder Scrolls releases, will only improve the Xbox One’s standing. 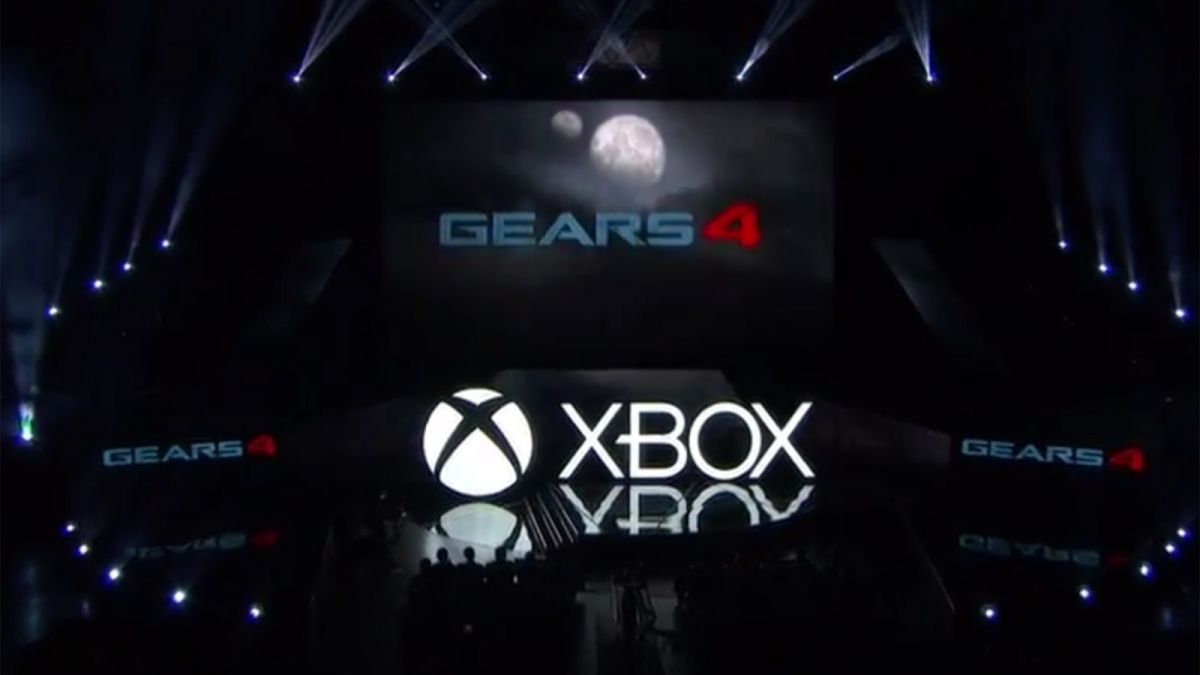 In the end, it’s all about the games

Of course, the biggest quiver in any console maker’s E3 lineup is the games. For as much as the Xbox One’s hardware advancements wowed audiences at last year’s show, Sony was able to strongly counter by talking about a trio of highly anticipated games.

With Uncharted 4 in Sony’s rear-view mirror, Microsoft needs to capitalize on the lack of triple-A, third-party franchises left in Sony’s loadout by hitting hard with its well-known properties.

After a reveal last year, we’ll definitely see a lot more of Gears of War 4, and it’s highly unlikely Sony can put up another new shooter that can match the pedigree of the Xbox’s premiere third-person shooter. Last year’s reveal was a little underwhelming (and a little too dark), so showing off more colorful visual elements of Gears 4 will be key for this repeat release to hit it big.

After almost annual Halo releases for the previous half-decade, there’s going to be a Master Chief-sized hole in the heart of many an Xbox gamer during E3 that the previously announced Halo Wars 2 won’t fill. However, this is the perfect time to tease Halo 6 and whatever new direction awaits Master Chief and company. It’s the perfect “one more thing” reveal, especially if Microsoft can leverage its advantage in the first-party, first-person shooter category in VR as well as on new consoles. 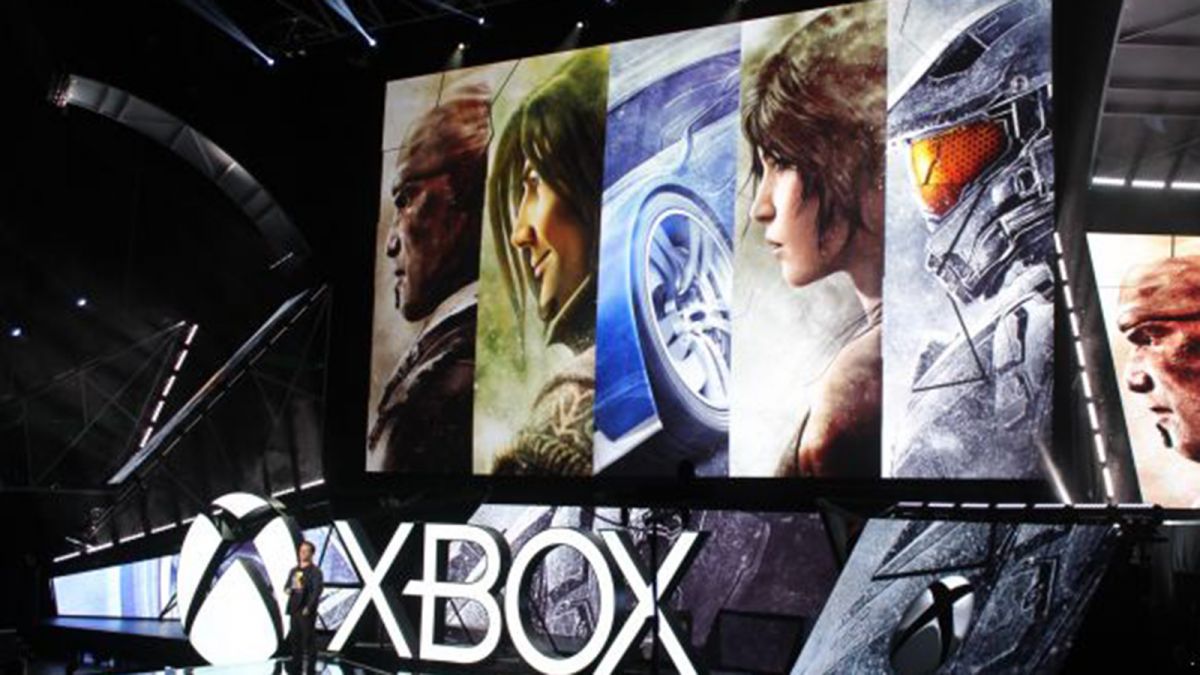 The previously-revealed Crackdown is another high-profile franchise Microsoft should lean heavily on. This year is wide open when it comes to open-world crime simulators, and the Xbox One can capture plenty of attention from audiences starved by a lack of new Grand Theft Auto and Saints Row games.

As for other exclusives, while it’s plenty early to talk about a new Sunset Overdrive, the critical success of the original will guarantee a positive response should that become a series. Otherwise, it’s all about eliciting a positive response for the mysterious third-party games that Microsoft is working on with Japanese developers.

We don’t know much about Phantom Dust and Recore, so those games need to impress (should they be present at E3 at all).

Microsoft still has an amicable relationship with Square Enix, so it’s entirely possible that the Final Fantasy VII remake joins Final Fantasy XV as a dual-console release. If that’s the case, Microsoft needs to make sure that’s loudly communicated in the run up to this year’s holiday season (even if the FF7 remake doesn’t land in 2017).

Microsoft’s success at E3 2016 is going to be tricky, given how high the bar was pushed by both of today’s leading consoles. The safest bet is to bring big games, and the Xbox One has never had more to work with in that regard.

Previous ArticleAnalysis: Here's why Halo 5 isn't coming to PC
Next ArticleBreaking down the outrage over Windows 10 automatic upgrades
Comments (0)

Don't miss a deal at H&R Block
Best offers at Bodybuilding
Discounts, Sales and Deals at Marks and Spencer
Save your money with Udemy
Online-Shopping with Virgin Media
Best products at Ticketmaster UK
Latest Posts