In Depth: Quantum Break tells a story that other games simply can’t

You shouldn’t care about Liam Burke. For all you know, he’s a lowly henchman in a video game, the muscle for a shadowy organization that’s front and center in Quantum Break, set to launch on Xbox One and Windows 10 on April 5.

In any other video game, maybe Liam (seen above) would be the first boss, long before the climactic clash between hero Jack Joyce and bad guy Paul Serene. He’d be a pushover, an obstacle.

But, after one of what the game calls “Junction Points,” times in which you’re tasked with a binary decision that can spur a live-action cutscene, I suddenly care about Liam a helluva lot more than I would if I hadn’t ended up on one side of a particular choice. (No spoilers!) 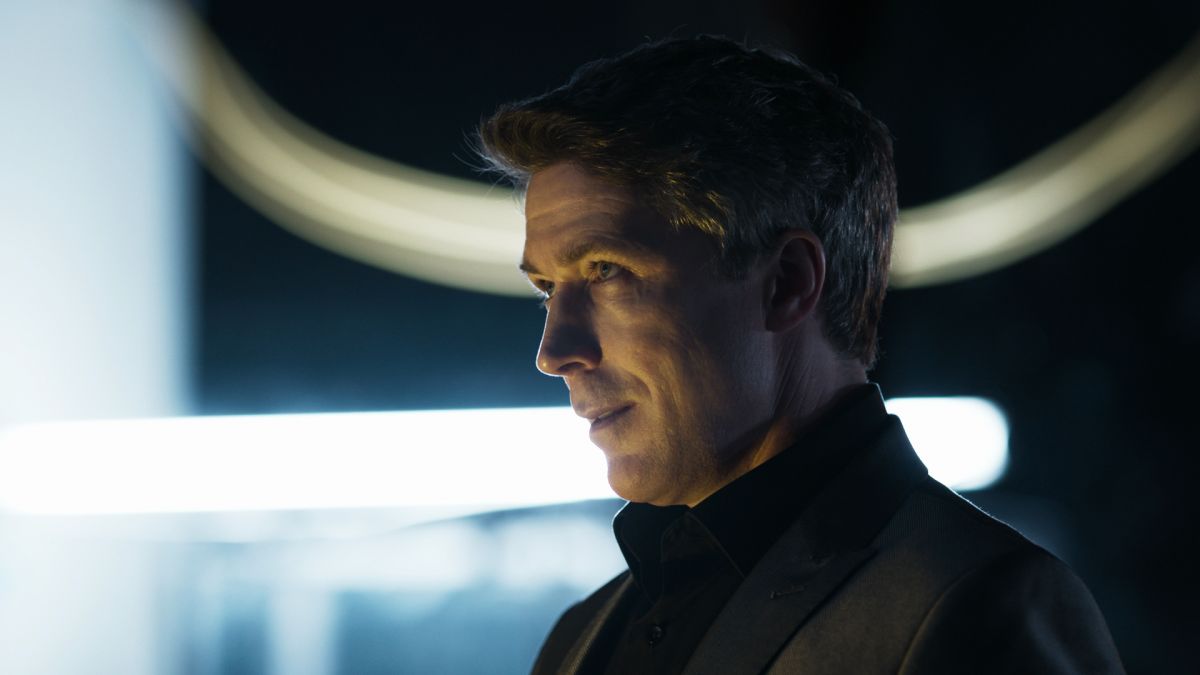 Junction Points are what trigger the live-action TV episodes set within the Quantum Break story – you know, the ones starring X-Men’s Iceman (Shawn Ashmore, a.k.a Jack Joyce) and Lord Peter Baelish (Aidan Gillen, a.k.a. Paul Serene)? (They did tons of beautifully-rendered motion capture for the game, too.)

Following a particular decision I made as Paul Serene during a recent preview of Quantum Break, I learned that Liam – portrayed by Patrick Heusinger – is far more complicated than some strong arm for a shady organization.

And, to protect his growing family, he’s living a lie. His wife thinks that he is a field manager for Monarch Solutions (the big bad corporation in Quantum Break).

Liam sometimes works for days on end without seeing his wife (only to see her after just surviving a firefight), and it’s clearly a strain on their relationship, not to mention his mental state.

This was all established in what is, frankly, a 20-minute cutscene. You know, the ones we’ve all lambasted other story-driven game series – ahem, Metal Gear Solid – for? 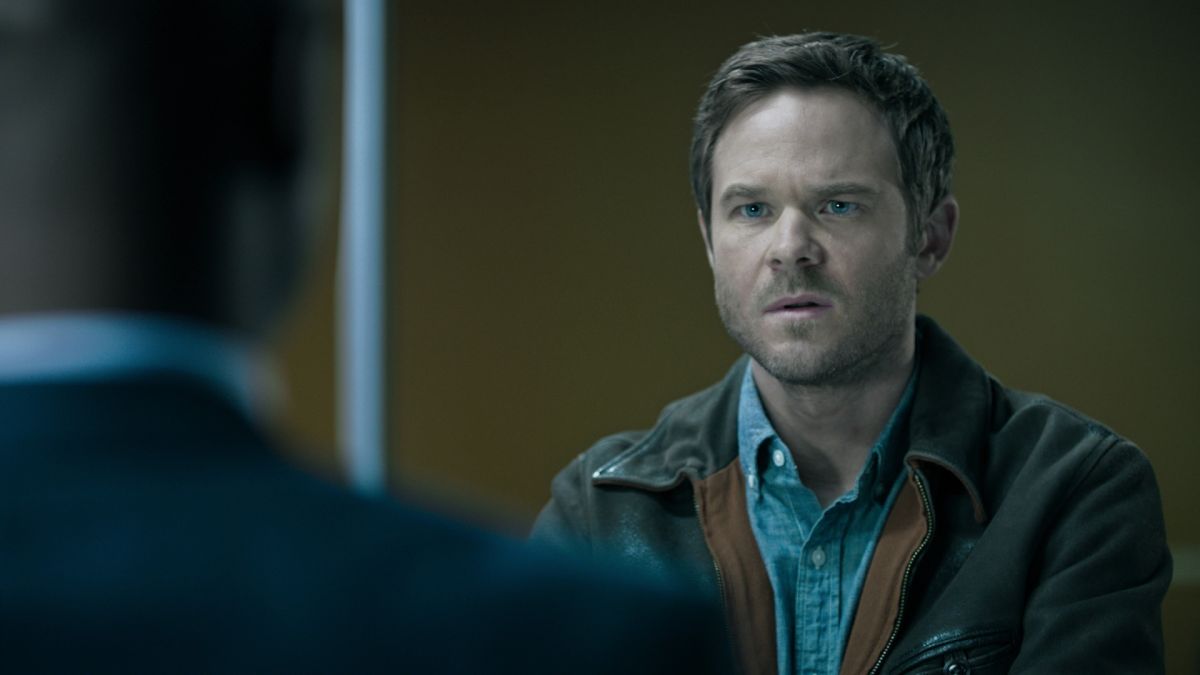 Mind you, with the help of Microsoft Studios, said 20-minute cutscene is a beautifully shot, well-acted and sharply edited piece of film that wouldn’t look out of place as Netflix’s next original series. And it’s this unique approach to game storytelling that had my eyes glued to the television and the controller in my lap for what would otherwise be considered 20 precious minutes of game time.

That’s because this is what makes the game. Sure, Remedy could’ve tried to tell me all about Liam’s personal life with in-game textures and animations. But this level of character development doesn’t lend itself well at all to straight up 3D action video games.

You simply can’t draw the same emotion out of a knowing look between husband and wife from behind lifeless, digitally-rendered eyes. Plus, objects in video games still don’t collide or touch realistically.

So when Liam lovingly tickles his wife in one of the show’s – ahem, game’s – first moments of real humanity, I can’t imagine that scene having the same effect had it been created in-game. 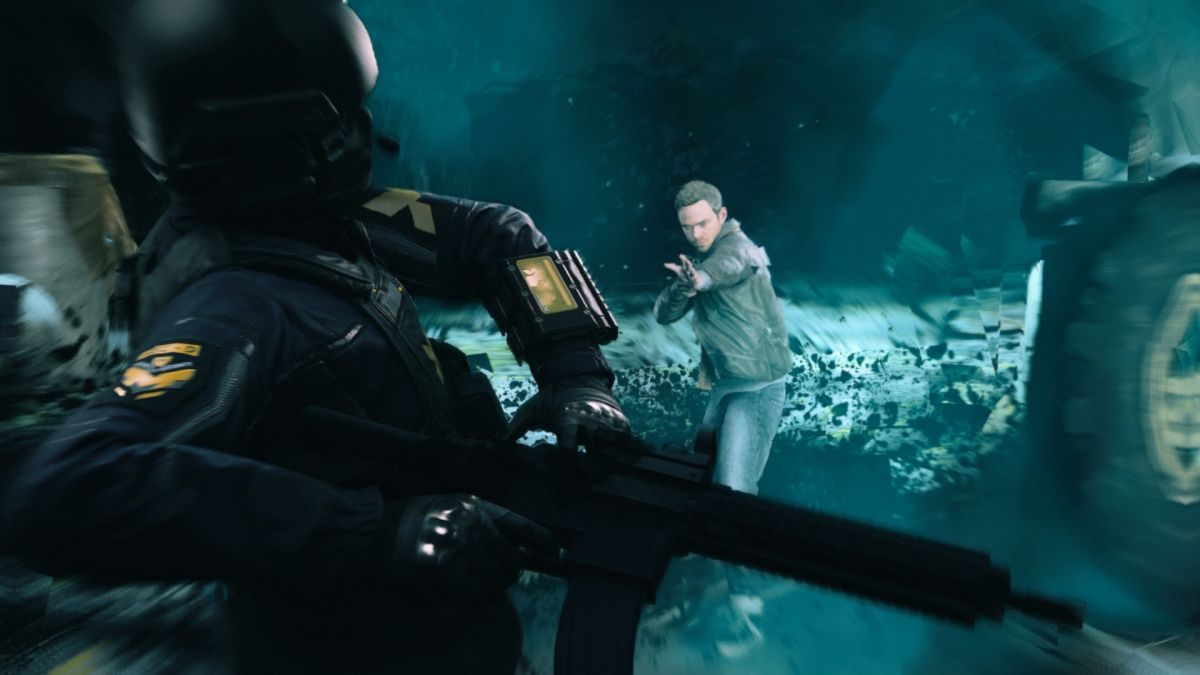 Regardless of Remedy’s ace work on capturing its actors’ facial expressions in producing Quantum Break, in-game computer graphics simply aren’t there yet. There’s no way in hell that I would’ve watched 20 minutes of exposition for Liam Burke had it been rendered in the game.

(Though, I could do without the blatant, overt Microsoft product placement. There are Surface tablets and Lumia phones for days in these Episodes.)

The story Remedy Entertainment wants to tell requires the emotional depth and nuance that film has mastered over its 150-year history. (Modern games, like The Last of Us and Beyond: Two Souls are just starting to navigate this remotely well.) So, the studio has deferred to the experts to deliver the pathos and context while it works on delivering the playable set piece moments.

Granted, you can’t ignore that this is an artificial means of gaining that desired effect.

The Episodes are seemingly so long and numerous that, on PC, you’ll have to stream these Episodes over your internet connection. Naturally, this raises the concern of exactly how much game there is to “play” here.

But that’s not a good way of looking at Quantum Break. Rather, this is more of an interactive story that you control the outcome of, and a powerful one at that – at least so it seems.

(Internet uproar aside, trust me: it’s worth the bandwidth. Besides, if your PC can even run this game well, chances are you have an OK internet connection.) 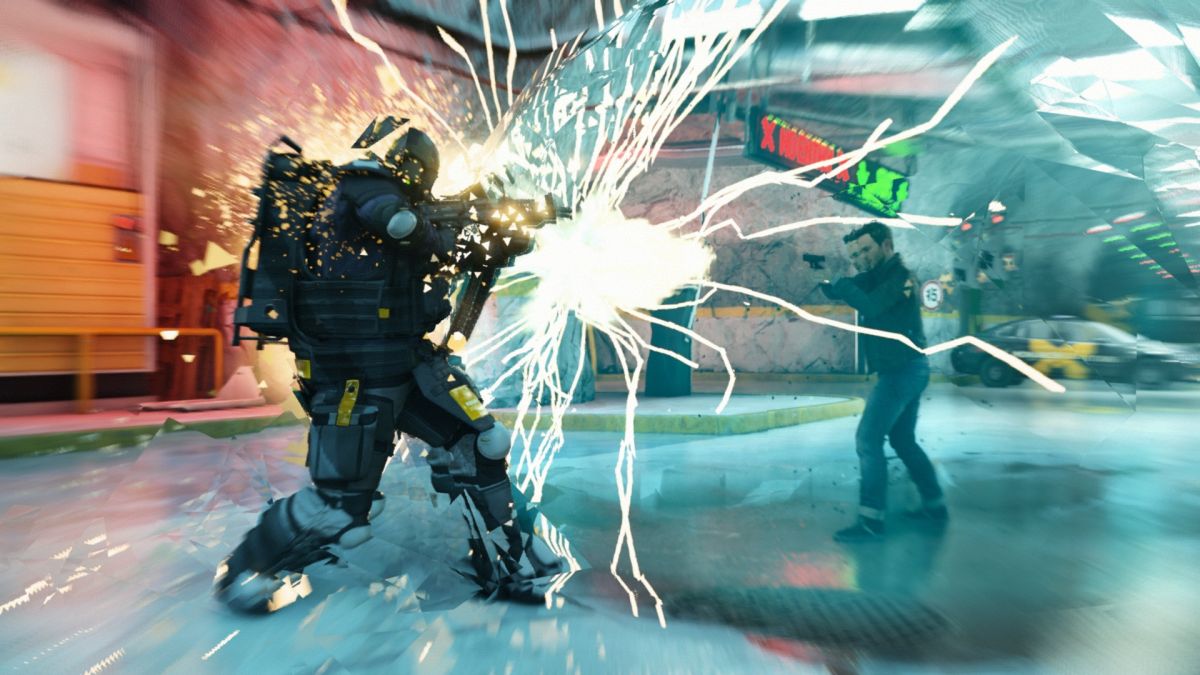 All said, the cutscenes work to Quantum Break’s betterment. When it’s here, I can see myself treating the gameplay as filler between these cutscenes, known as “Episodes” in-game, rather than the other way around.

And, honestly, the third-person action gameplay is about as compelling as you remember it from Remedy’s previous works: mildly so. But that’s not the studio’s strength.

Its strength is story, and Quantum Break brings that to the table in a way that most – if not all – other modern games simply can’t: through the unmatched, evocative power of film.

Don't miss a deal at Groupon
Best offers at Marks and Spencer
Discounts, Sales and Deals at Farfetch
Save your money with H&R Block
Online-Shopping with Argos
Best products at Adobe
Latest Posts