Xiaomi might not be a household name in the UK just yet, but its well-priced smartphones have quietly been gaining praise over the last year or so. Offering handsets with flagship features at more palatable prices, Xiaomi’s output is, more often than not, stonkingly good value for money.

That trend looks to continue with the launch of the Mi Note 10, even if Xiaomi has decided to dip its toes a little bit further into high-priced waters. It’s not Xiaomi’s cheapest smartphone by a long stretch, but the Mi Note 10 has something that currently no other phone has in its possession: a massive 108-megapixel camera.

Xiaomi Mi Note 10 review: What you need to know

And that’s Xiaomi’s biggest argument for you to pick one up. All eyes, mine included, will be firmly fixed on that brand-new camera with its triple-figure spec, and while we’re likely to see a flood of smartphones with high-megapixel-count cameras launching over the next year, the Mi Note 10 has beaten the rest to the punch. 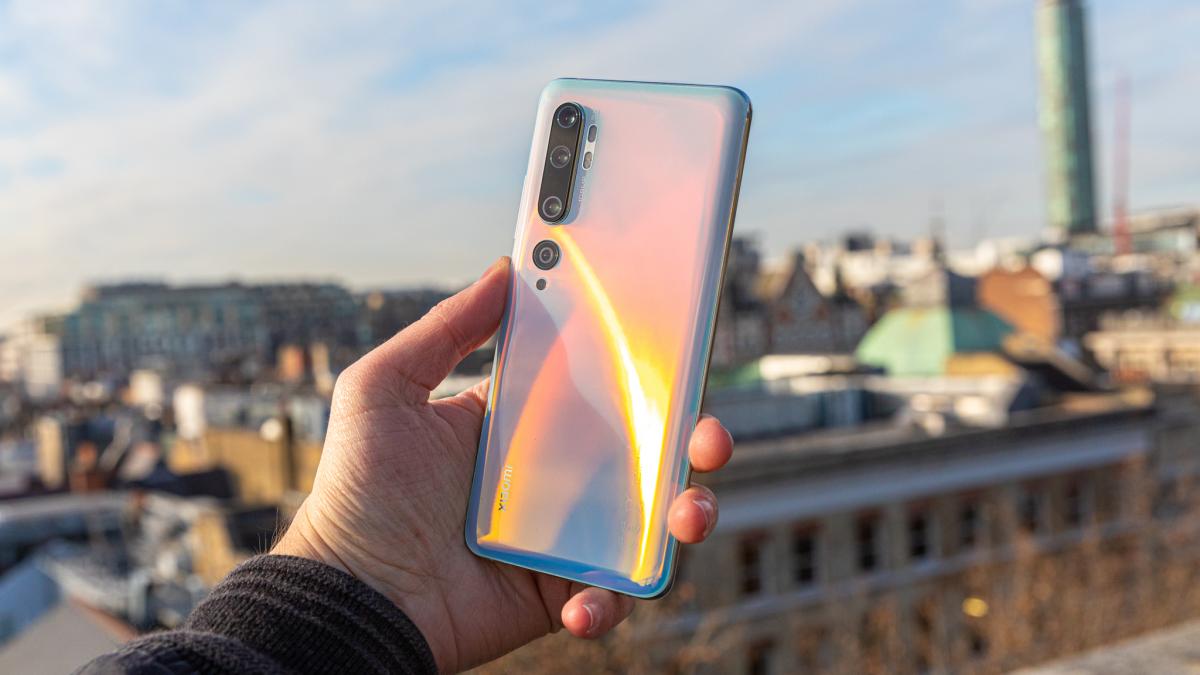 While that’s certainly something worth admiring, the new camera isn’t the be-all and end-all. If you’re already familiar with the way in which Xiaomi has begun to garner significant interest in the UK, then the rest of the Mi Note 10 won’t come as any surprise: it’s largely singing the same tune as the rest of the Xiaomi range by providing high-end specifications for much less than big brand rivals.

You’ll find a decent Qualcomm Snapdragon 730G processor – which was previously spotted powering the Oppo Reno 2 – along with a healthy 6GB of RAM and 128GB of storage. There’s a 6.47in AMOLED screen (complete with teardrop notch) and it also benefits from a further four cameras on the back, including a 2x telephoto zoom sensor, a 5x telephoto, a wide-angle lens and a macro camera.

Unfortunately, months after the launch event, we’re still waiting on official pricing and a firm UK release date. The Mi Note 10 was expected to launch before the end of last year and cost €549, or roughly £468 in UK money.

If that currency conversion holds true, and we aren’t hit with some sort of Brexit-related price inflation, then the Mi Note 10 would be very well-priced when it finally decides to show up. The OnePlus 7T, which is perhaps its closest competitor in terms of both features and popularity, starts at £549.

We’ll move on to the camera arrangement in a moment, but before we begin it’s worth mentioning that, while the US government’s tempestuous relationship with Chinese tech brands like Huawei has dominated the news headlines in recent months, other phone manufacturers, like Xiaomi, have fallen under Trump’s radar. 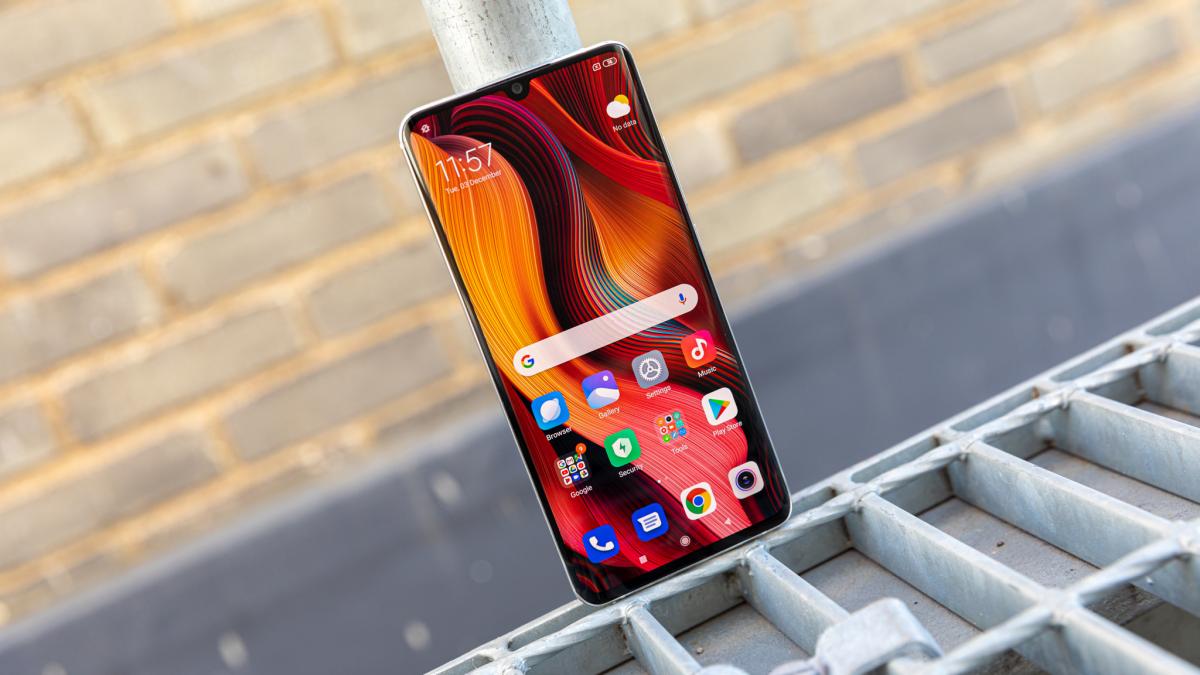 This is a particularly pertinent point to make, because Xiaomi has made massive gains in Europe since these troubles with Huawei began. Walking around Madrid on a blisteringly cold November morning last year, I spotted more Xiaomi phones in the hands of its inhabitants than practically any other smartphone brand. Xiaomi tells me that it’s now the third biggest smartphone maker in Spain, in fact, and has launched 69 Mi stores in Europe to date.

But I digress. When it comes to the Xiaomi Mi Note 10, the comparisons with rival brand Huawei are even more obvious. Why so? Well, pull the Note 10 out of its box, and you’ll notice that it looks indistinguishable from the Huawei P30 Pro. It’s a little chunkier – the Mi Note 10 measures 9.67mm thick – but the similarities between the two are so plentiful that I initially thought I’d set foot in the wrong briefing room.

If I was rushed for time, I could copy and paste the design section of my Huawei P30 Pro review from earlier in the year, and almost every single point would still be accurate. The rear of the handset is embellished in a rather fetching set of jewellery shop colours, with the pearlescent “Glacier White” glistening nicely in the light.

It’s certainly a swish-looking phone – I prefer it to the typical iPhone copycats from Xiaomi – and it looks just as good from the front, too. The Mi Note 10 is fitted with a massive 6.5in screen which curves slightly around the left and right edges. As is typical with a flagship smartphone these days, the Mi Note 10 has a teardrop notch eating its way into the top of the display, which houses the 32-megapixel selfie camera and earpiece speaker.

Now that I’ve had the opportunity to finally put the Mi Note 10’s AMOLED screen against the scrutiny of our display colorimeter, it’s clear that this is one of Xiaomi’s finest smartphone screens yet. It might not match the brightness of Apple’s recent iPhones, and its FHD+ resolution isn’t anything to write home about, but no other phone at this price offers a similar experience.

My initial impressions from the launch event were particularly glowing, but it turns out that my weary eyes did not deceive me. After testing, I found that the phone’s “Standard’ display profile is the most colour accurate of the three to choose from, with a practically perfect average Delta E of 1.04. This is frankly unheard of from a phone at this price, with colours that look as good as can be across the entire palette. 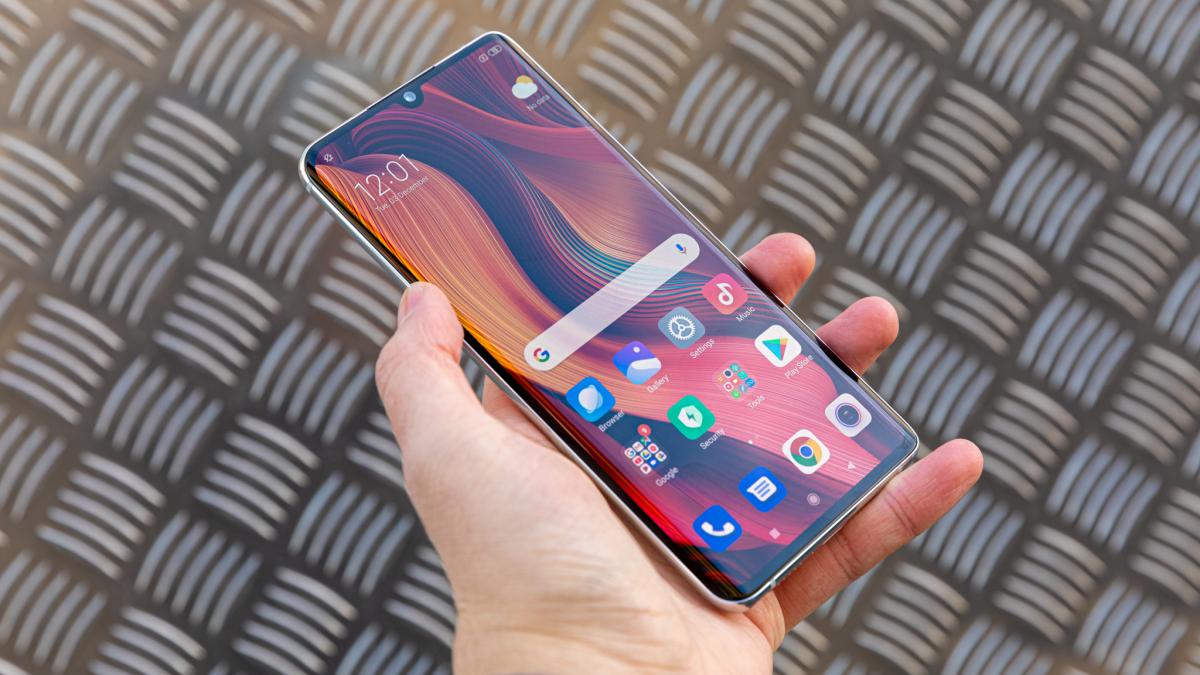 As this is an AMOLED panel, contrast is equally perfect, and it’s still able to reach a maximum brightness of 400cd/m2 – which is good enough to prevent you from squinting too much in most brightly-lit environments.

Unfortunately, despite Xiaomi including top-end processors in its mid-range line-up, the Mi Note 10 doesn’t benefit from the latest and greatest Qualcomm chipset. Instead, the Mi Note 10 is powered by the new Snapdragon 730G. High-end it’s not, but it’s certainly no slouch. This is a 2.2GHz processor that’s built using an 8nm fabrication process, so it’s very much in the upper echelons of the mid-range.

As far as configurations go, I’m told there’s only one Mi Note 10 variant coming to the UK, if it does finally arrive. It’ll come packing 6GB of RAM and 128GB of storage, although this can’t be expanded via microSD.

Performance-wise, the Mi Note 10 doesn’t hold up quite so well against the Snapdragon 855-powered OnePlus 7T. This is to be expected, mostly because the 855 is a flagship-grade chipset, but it’s disappointing to learn that performance is exactly the same as Realme X2, which costs considerably less.

Graphics processing paints a similar picture. Here, the Mi Note 10 failed to reach the perfect 60fps average in the GFXBench Manhattan 3.0 on-screen test achieved by the OnePlus 7T, only managing 38fps. That’s not bad, of course, but you might struggle to compete in matches of Call of Duty Mobile or Fortnite.

Finally, let’s move on to the Xiaomi Mi Note 10’s raison d’être – its massive 108-megapixel (f/1.7) camera. This is the first time we’ve seen Samsung’s Isocell Plus sensor on a smartphone – Xiaomi has even pipped Samsung to the post – and until now these sorts of sensor could only be found on high-priced digital cameras.

By default, the camera captures a 27-megapixel image, merging four neighbouring pixels of the same colour into one big pixel, in a process called “pixel-binning”. This is made possible thanks to a quad-bayer filter, and Xiaomi says this method helps increase the resolution of your images, with brighter night-time shots and reduced visual noise. You can also snap at the full 108MNP resolution image with just a quick trip to the Settings.

However, according to DXOMark’s early testing – and our own testing of similar 48MP camera sensor arrangements – this process isn’t always flawless. Highlights can often be clipped, images can lack dynamic range when compared to rival sensors with lower megapixel counts, and the file size is obviously much larger than usual, too.

Luckily, having finally managed to test this camera for myself, I’m happy to report that any previous concerns were unwarranted, and that this sensor is not so affected. No other smartphone is capable of packing this much detail into a single image, and while the colour rendition is perhaps a little off – the image looks a bit unnatural and candy-coloured – there’s simply nothing better out there.

It’s so good, in fact, that you can count the bricks on buildings way off into the distance, and even identify the outlines of individual leaves buried in tree foliage. The file size is massive – coming in at around 20MB, rather than the usual 2MB or 4MB – but this is a small price to pay for such exceptional quality pictures.

In tricky indoor low-light conditions, things aren’t quite as good, but the Mi Note 10 still does a good job at cutting through the darkness without adding too much visual noise and blurriness. In fact, it does a better job than some of its competitors; the OnePlus 7T, in particular, really struggled in low-light environments:

And don’t forget the other four cameras on the back. The 108MP camera is accompanied by an f/2.0 12MP 2x telephoto sensor, and another f/2.0 5MP 5x telephoto camera – which can be combined for a 10x hybrid zoom. How does it fare? Well, here are the OnePlus 7T and Mi Note 10’s 5x zoom images next to one another:

There’s also a 20MP wide-angle camera with a field of view of 117-degrees and a 2MP macro lens that allows you to take close-up pictures between a distance of 2cm and 10cm. This ultra-close camera is fast becoming a common addition, and despite being a bit of a gimmick, you can’t argue that the results aren’t impressive: 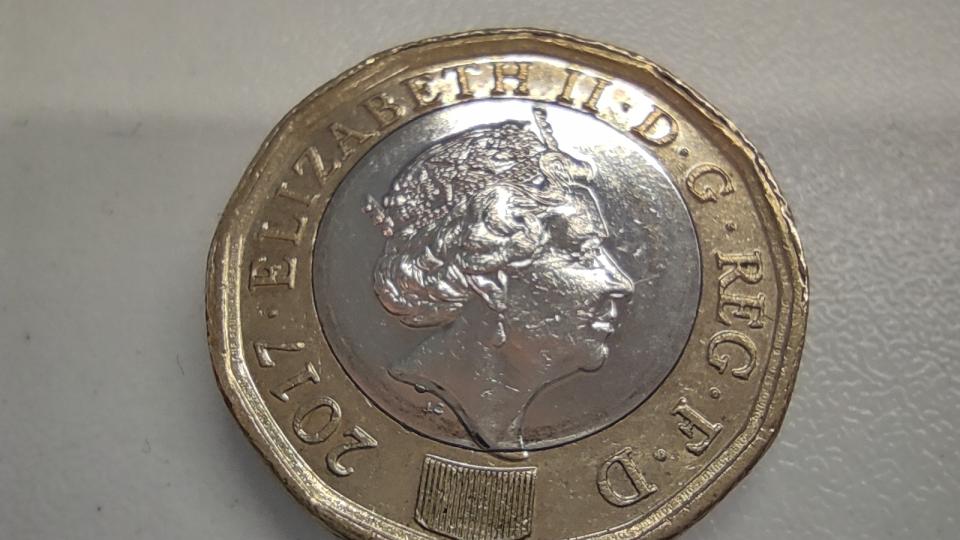 Phew, there’s an awful lot to talk about when it comes to the Mi Note 10’s cameras, but the most exciting aspect is the price. We don’t have a firm UK release date or price just yet – it costs €549 in Europe – but when it does finally show up in shops, I’m really looking forward to seeing how much of a dent it makes in the market, especially if Huawei is still out of the equation.

Despite the focus from smartphone makers on camera technology at the moment, the 108MP sensor – as good as it is – isn’t the only thing that the Xiaomi Mi Note 10 has going for it. Naturally, it’s well-priced – and will likely outprice the competition – but it also has a gigantic battery, looks like something you’d pay much more for, and the screen is almost perfect, too. Yet again, Xiaomi’s pricing is a deep breath of fresh air.

Don't miss a deal at Vodafone UK
Best offers at Groupon
Discounts, Sales and Deals at The Home Depot
Save your money with Marks and Spencer
Online-Shopping with Vimeo
Best products at Udemy
Latest Posts