If watching Stranger Things has inspired you to look for ’80s-era gaming, your search might be over. Stern Pinball has introduced a Stranger Things pinball table that, like the Netflix show, blends nostalgia with 21st century technology. Your quest is to unravel the supernatural mysteries of Hawkins and defeat the Demogorgon (complete with a model on the field), but it’s how you get there that matters — the table has a modern feature or two that helps it stand out from the crowd.

The Premium and Limited editions of the machine include a “first-ever” projector that beams images and animations directly on the play surface. You won’t have to look up to see the clever animation for a crucial gameplay moment. There’s also an Eleven-themed magnetic ball lock on those models. The Limited version also brings custom artwork, glass and other elements to stand out from the crowd.

Stern is happily selling the Stranger Things table to individuals, although you’ll pay a steep amount for the privilege. The standard Pro model costs $6,099, while the Premium cabinet is available for $7,699. If you’re one of the 500 people who snags the Limited machine, you’ll be paying a sizeable $9,099 for that exclusivity. These systems are meant for arcades and bars trying to reel in players with a familiar name, and you’ll have to be particularly committed to understanding the Upside Down to have one at home. Thankfully, there’s always the Stranger Things 3 game if you need a more affordable fix. 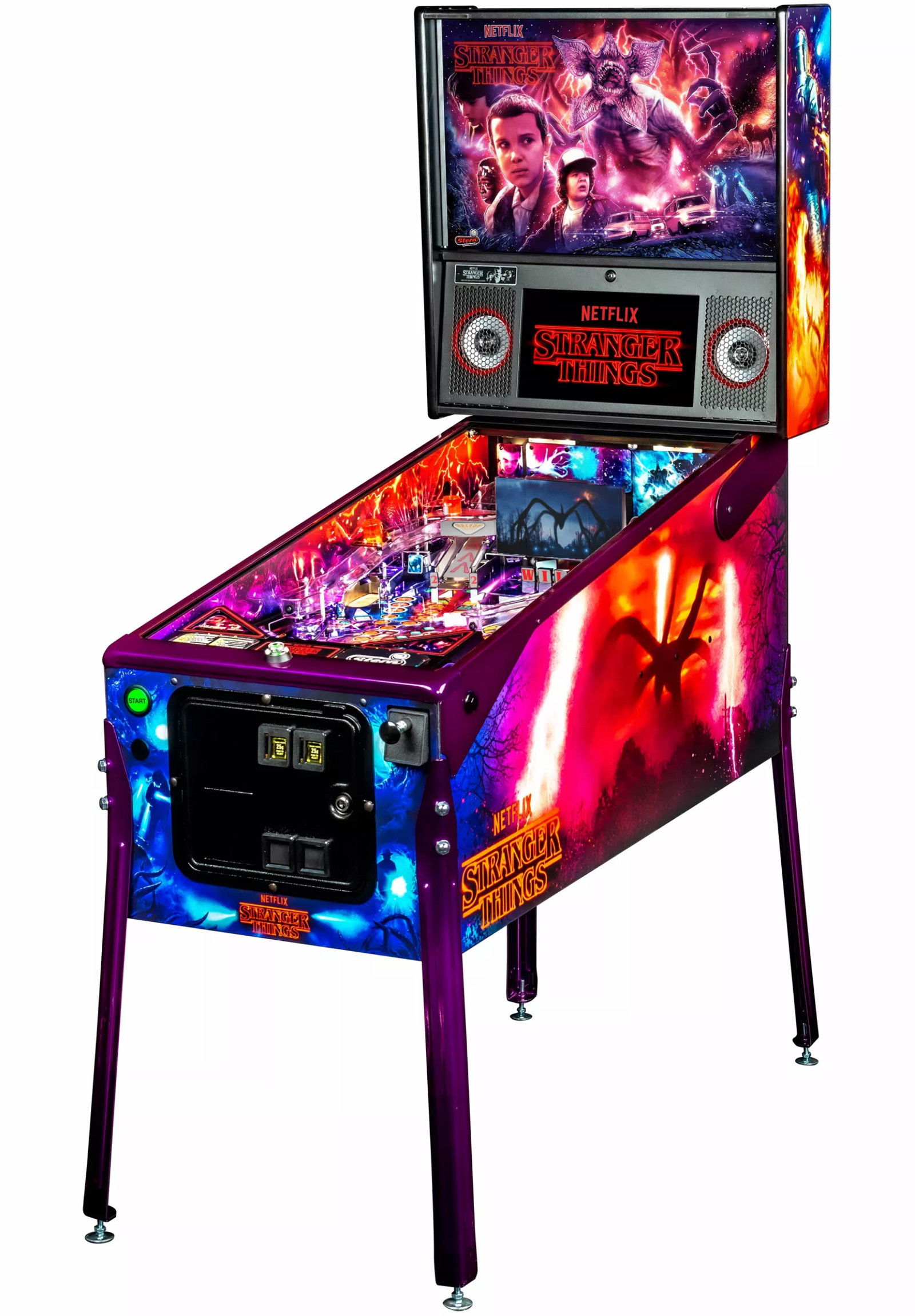 Previous ArticleBelieve it or not, the Wii U is getting a 'new' game
Next Article'Halo: Combat Evolved' remaster for PC enters public testing in January
Comments (0)

Don't miss a deal at TalkTalk Phone and Broadband
Best offers at Adobe
Discounts, Sales and Deals at John Lewis
Save your money with Vodafone UK
Online-Shopping with Udemy
Best products at Carphone Warehouse
Latest Posts