There has been plenty to indicate that a new PSVR 2 headset is in the works for PS5, and the uncovering of a new patent puts more weight behind the idea that next-generation virtual reality will be accompanying Sony’s next-generation console.

As spotted by LetsGoDigital, the controller ditches the wand-like design of the ageing PlayStation Move controllers (first introduced way back 10 years ago in the Playstation 3 generation), and instead shows a joystick-equipped grip with a halo-like band surrounding it.

The patent (detailed in a 34-page document filed back in March 2020), discusses how a single controller could be used, or a pair in tandem. As well as standard face buttons and joysticks, the controller would also support triggers and a touch sensor, which could be optionally added. 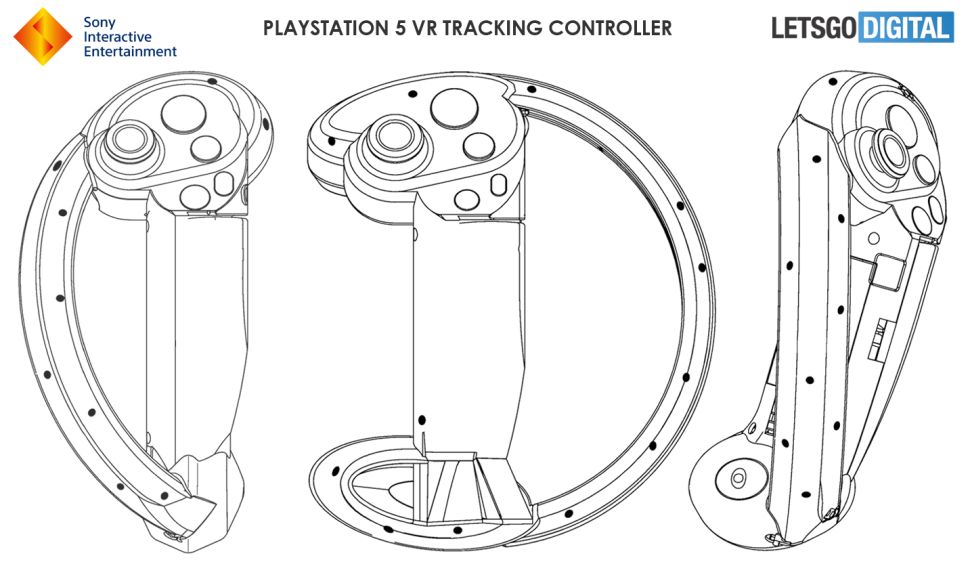 The controllers would require an external camera in order for their movements to be followed, with the suggestion that a camera on the VR headset itself could be picking up light-emitting parts on the curved surface of the controller, or a totally external, separate camera accessory.

Sony has already confirmed that PSVR will be compatible with the PS5 (though the need for a new camera adapter may prevent it being used at launch), and Sony continues to support the current generation virtual reality headset with new games and experiences, such as Hitman 3 and Vader Immortal. With products like the Oculus Quest 2 now on sale, Sony’s current headset would be starting to look a little aged next to a brand new console however.

As well as more refined controllers, we’d hope that the PSVR’s display would get a resolution boost, with additional processing power allowing for higher frame rates to ease issues some suffer from with motion sickness. A fully wireless headset would also bring Sony’s offering in line with the likes of Oculus’s range, and the HTC Vive Cosmos – though no company has yet managed to master the issue of lag between a wireless headset and an external processing device like a PC or games console, which would be a hurdle Sony would have to clear.

Don't miss a deal at Ticketmaster UK
Best offers at The Home Depot
Discounts, Sales and Deals at Sephora
Save your money with Farfetch
Online-Shopping with Newegg
Best products at H&R Block
Latest Posts