The P950 is a solid evolution from its predecessor, with a good set of upgrades. If you absolutely must have 83x optical zoom and mostly shoot wildlife, then its reach and quality make it worth considering. But the flagship P1000 isn’t much more expensive and there are better options for those craving a travel all-rounder.

Bridge cameras like the Nikon P950 are among the few ‘small sensor’ camera genres that still make sense in the smartphone age. Despite not having an APS-C or even 1-inch sensor, their enormous zooms makes them way more versatile than phone cameras, particularly if you like shooting wildlife.

Another feature inherited from the P900 is the same 16MP 1/2.3-inch sensor, but there have been some notable improvements.

There’s a new 2.4m-dot electronic viewfinder, 4K video recording, Raw format support and 7fps shooting. In other words, this is a camera which has been finessed from its predecessor to make it a much more attractive all-rounder. But is it enough to tempt you to part with your cash?

The Nikon P950 was announced at CES back in January 2020 as a follow-up to its 2015 model, the P900. The P1000, with its 125x optical zoom, stays in the line-up as the “premium offering”. Since the P1000 is older, at the time of writing, there isn’t actually that much of a difference in price – so you may want to consider whether you’d be better off going for the more advanced model. Targeted at nature and wildlife photographers, the P950 is the ideal choice for those who like to photograph garden birds or local wildlife, but don’t want the expense and hassle of a multiple lens setup with a DSLR or mirrorless camera.

The P950 has stuck to the form of the P900, which means you get a chunky camera which could quite easily be mistaken for a DSLR. If you’re thinking that sounds too bulky for a travel camera, it’s important to remember that if you were to pack the equivalent focal length in DSLR lenses, you’d definitely need to upgrade your luggage allowance.

You can zoom the lens in and out by using either a rocker switch around the shutter release, or a secondary switch on the barrel of the lens itself. Once the lens is at its full extension, the size of the P950 effectively doubles – you’re going to stand out from a crowd if you’re waving this about. It also makes the camera fairly unbalanced, so you might want to consider investing in a tripod if you’re planning to take shots in the garden of local wildlife, or even of the moon. 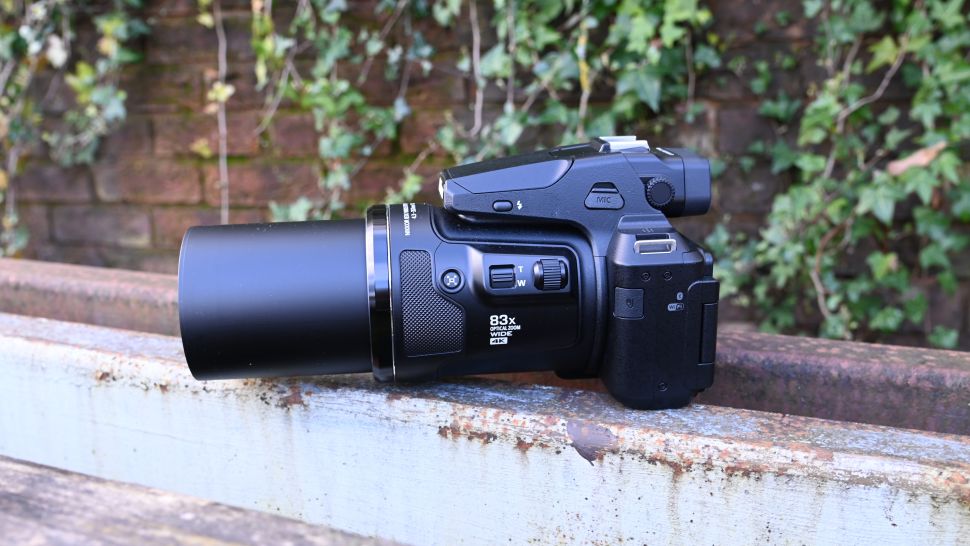 Speaking of nature and wildlife shots, keeping a subject in the frame can be tricky when working at very long focal lengths, especially if that subject is moving. To assist with that, there’s a button on the side of the lens which you can hold down to zoom the lens out, giving you the opportunity to relocate your subject.

Once you’ve found it, release the button and the lens will go back to the previous zoom position it was in. You can customize this setting so the amount it zooms out varies, which can be helpful depending on the kind of thing you’re photographing.

Another dial on the side of the lens can be used to control various settings depending on what you think you’ll need quick or frequent access to. The default setting is to control exposure compensation, but you could also use it for settings such as shutter speed, aperture, ISO or white balance.

The top of the camera is set up in a similar fashion to Nikon’s DSLRs. This means you’ll find a mode dial for choosing between the various exposure modes the camera offers, including the standard P/A/S/M modes, plus fully automatic, creative control, birdwatching, night and a custom mode. A dial towards the back of the top plate can be used to adjust shutter speed. 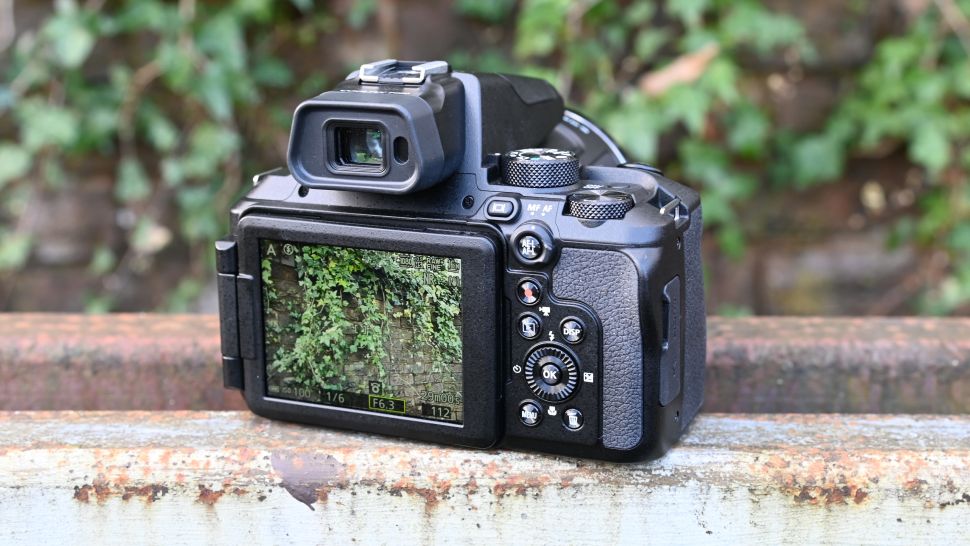 All of the buttons and dials on the back of the camera are grouped on the right-hand side, and if you’re familiar with Nikon’s cameras, you’ll be at home here. Buttons here include a video record button, a playback button, a menu button and so on. An ‘OK’ button can be pressed if you want to change the focus point.

A 2359k-dot viewfinder includes a sensor for automatically detecting when the camera has been lifted to the eye. This ‘finder is one of the key improvements made to the P950 over its predecessor, being over twice the resolution. It’s a much better experience and gives you a decent view of the scene in front of you.

There’s also a 3.2-inch fully articulating screen at 921k-dots. Sadly, touch-sensitivity hasn’t been included, but being able to position it fully forwards is useful for video and selfies.

When the light is good, the P950 focuses quickly and generally accurately. If you’re looking for a travel camera to mainly use in good light, then overall it’s a good performer.

Focusing is a little slower at the furthest reach of the telephoto lens, while in lower light conditions you’ll notice that the lens hunts a little before finally locking on to the target. There are some occasions when the lens fails to lock onto the target at all – generally in low light and with the zoom extended. 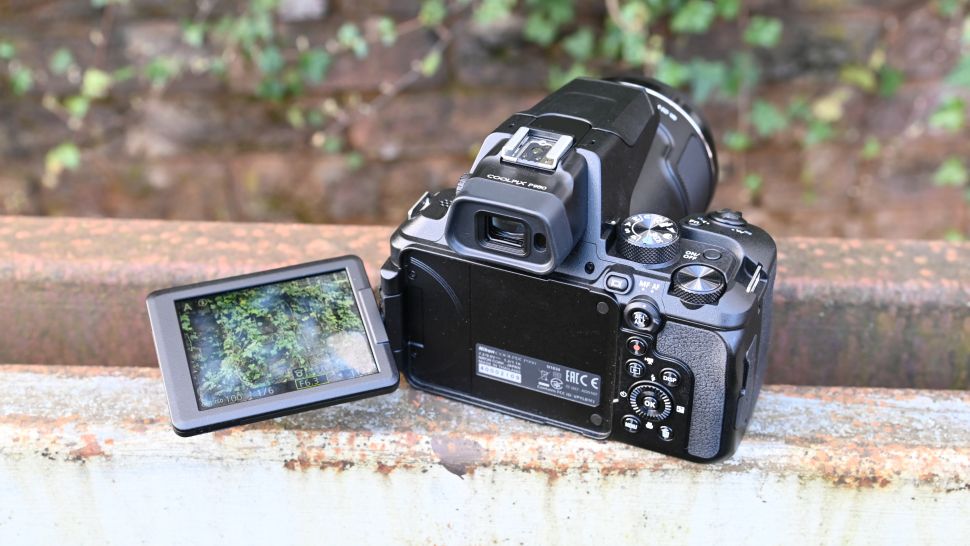 The fastest frame rate available with the P950 is 7fps, which is reasonably useful for moving subjects, but there are better performers on the market. If you find you’re frequently trying to capture moving subjects, a bridge camera like the Panasonic FZ2000 is likely to be a more sensible option for you, thanks to its “4K Photo” functionality.

The P950’s quoted battery life has been reduced when compared to the predecessor. This is presumably a result of the higher resolution viewfinder, with 290 shots per charge quoted, compared to 360 for the P900.

In actual real-world use, it’s likely that you’ll get more than the quoted amount – you can safely expect it to last a day of moderate use. If you do find you need to charge it while on the go, another improvement from the predecessor is the addition of USB charging.

As the P950 uses the same sensor and lens combination as the older P900, the image quality remains roughly the same, although you now get the boost of Raw shooting (more on that later).

You might think that a camera boasting the same image quality as a five-year-old model is a little disappointing, but it’s clear that Nikon has concentrated on certain elements of usability over boosting image quality. 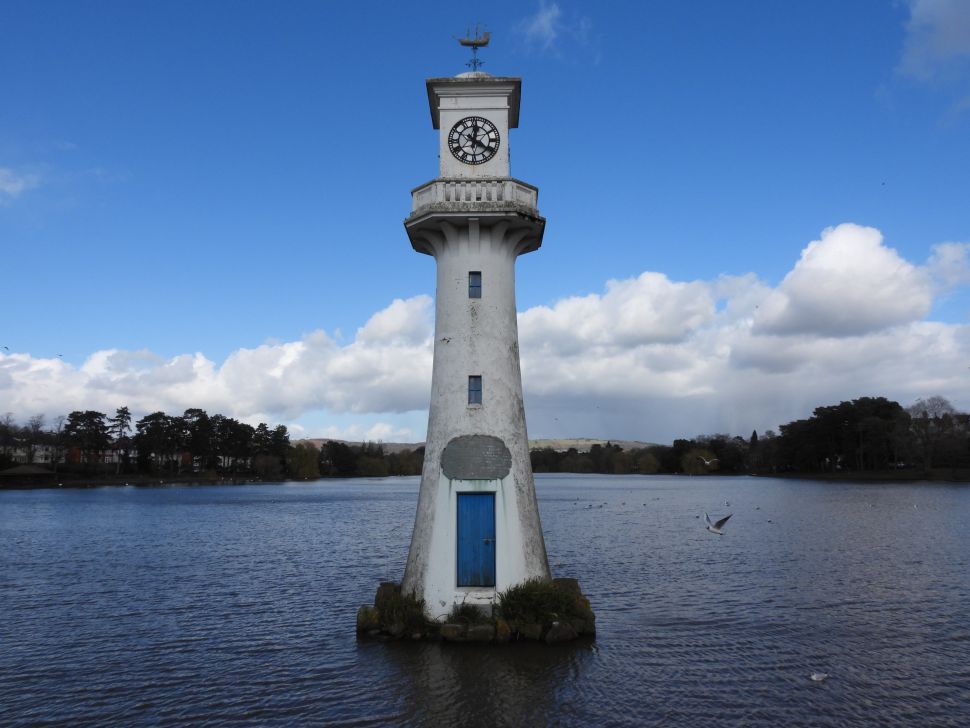 That said, the P950’s sensor puts in a good performance, especially in favorable light. The small sensor struggles a little in low light, producing images which display noticeable grain, so if low light shooting is something you do a lot of, this isn’t the camera for you.

Noise is evident from around ISO 1600, even at relatively small sizes, so it’s best to keep to as low an ISO number as possible. At the wide-angle end of the lens, you can shoot at f/2.8, which is helpful for letting in lots of light, but at the telephoto end, the maximum aperture is f/6.3. Sticking to good light situations for your zoom shots is therefore recommended if at all possible. 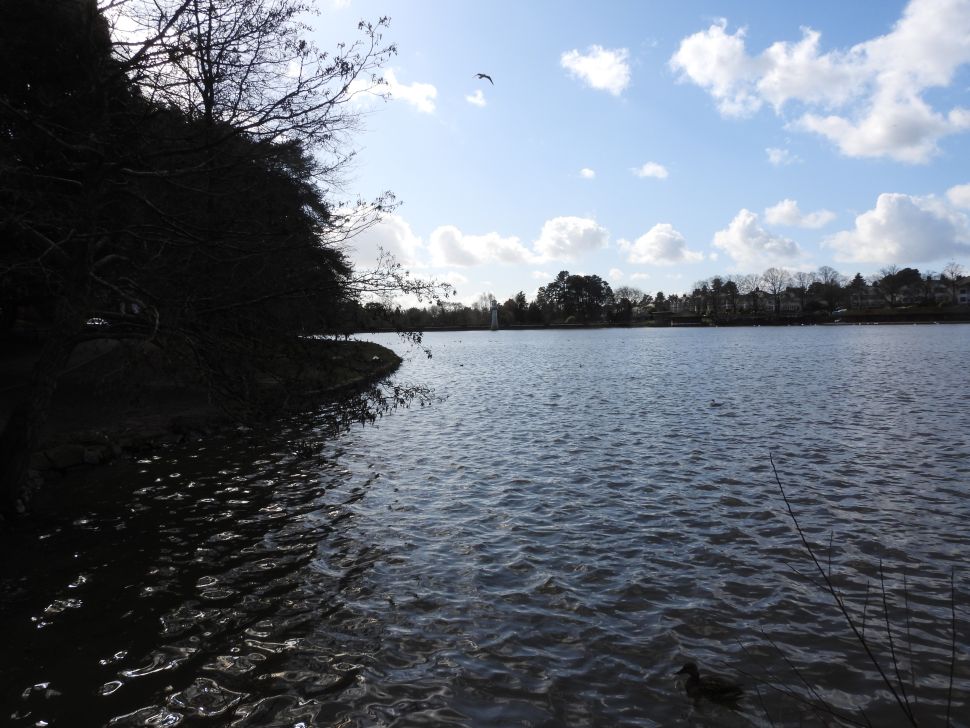 The addition of Raw format shooting on the P950 is a significant boost. Even though image quality hasn’t necessarily been improved from the P900, the fact that you can made adjustments in post-production gives you a little added flexibility to fix problematic shots.

Overall, exposures tend to be well-balanced when using the all-purpose metering setting, while the automatic white balance setting is also a good performer under a variety of different lighting conditions.

Video performance has been upgraded thanks to the addition of 4K recording. This is probably not a camera that will be used by serious videographers, but with the articulating screen and external microphone socket, it could be a good choice for travel vloggers. 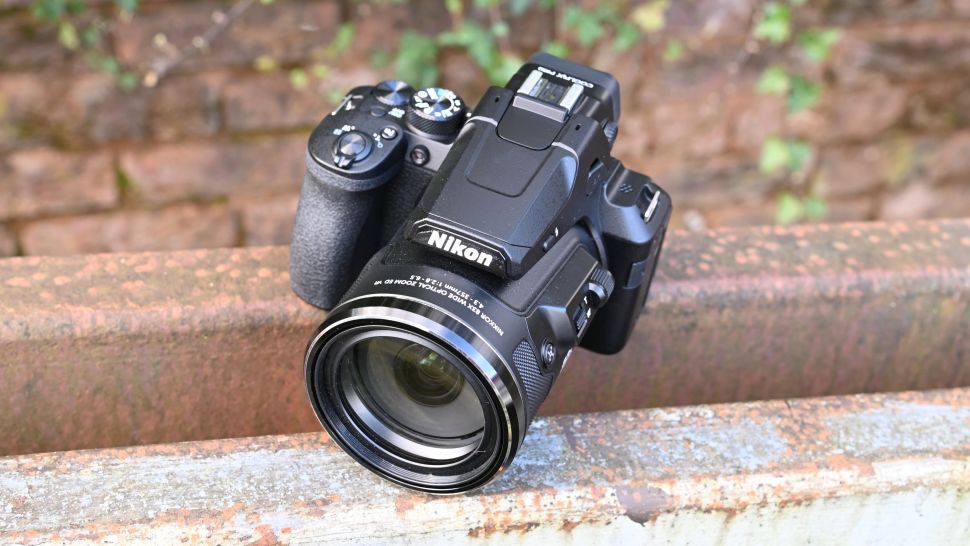 Although it might seem like the P950 represents a fairly gentle evolution of the existing P900 model, some of the upgrades are pretty significant.

Being able to shoot 4K video and in Raw format are perhaps the headline features. But improving the electronic viewfinder is another important update that improves the overall usability of the P950.

That said, Nikon hasn’t done quite enough to make the P950 as appealing as it might be. The biggest omission has to be neglecting to include a touch-sensitive screen, while the decision to stick with a single UHS-I memory card slots also represents a restriction when it comes to fast shooting.

As is always the case with pretty much every camera, there is a compromise to be made when you choose something like the P950. This is a model which is designed to appeal to those for whom zooming is the most important thing – perhaps for those who like to go on garden safaris or day trips without being bogged down for multiple lenses.

At around £800/$800/$1400, it’s a relatively hefty investment for what is, at heart, a ‘compact’ camera. If you have a little bit of wiggle room in your budget, you could plump for the more advanced Nikon P1000, which isn’t currently much more expensive.

It’s a decent performer, but there are certainly more flexible all-rounders on the market for those not too bothered by the ability to zoom.

Don't miss a deal at Mobiles
Best offers at Argos
Discounts, Sales and Deals at Currys
Save your money with Myprotein
Online-Shopping with John Lewis
Best products at TalkTalk Phone and Broadband
Latest Posts