With the help of audio manufacturer JBL, Under Armour’s true wireless earphones are a decent, but flawed, effort

On paper, JBL and Under Armour sound like the perfect partnership for a pair of fitness-orientated headphones. The former is among the biggest names in audio equipment, while Under Armour is synonymous with the world of fitness wear.

In 2019, the two brands have come together to produce the JBL Under Armour True Wireless Flash, a pair of earphones that, given the pedigree of the two companies, ought to give music-loving fitness fanatics something to get excited about.

JBL Under Armour True Wireless Flash review: What you need to know

To stand out in a saturated market, these earbuds are IPX7-certified. That means they’re water-resistant and can be fully submerged to a depth of up to one metre for 30 minutes. Alongside ENOD’s Mini Ring Pros, the Flash sit in a minority of earbuds that have a fully water-resistant design.

Unsurprisingly, they have a sporty look, which fits the target audience perfectly. A strip of textured silicone wraps halfway around the earphones’ angular housing, lending them an aggressive look and adding grip. Red accents give them a bit of extra personality and the Under Armour logos on the end of each bud serve as multi-functional buttons. 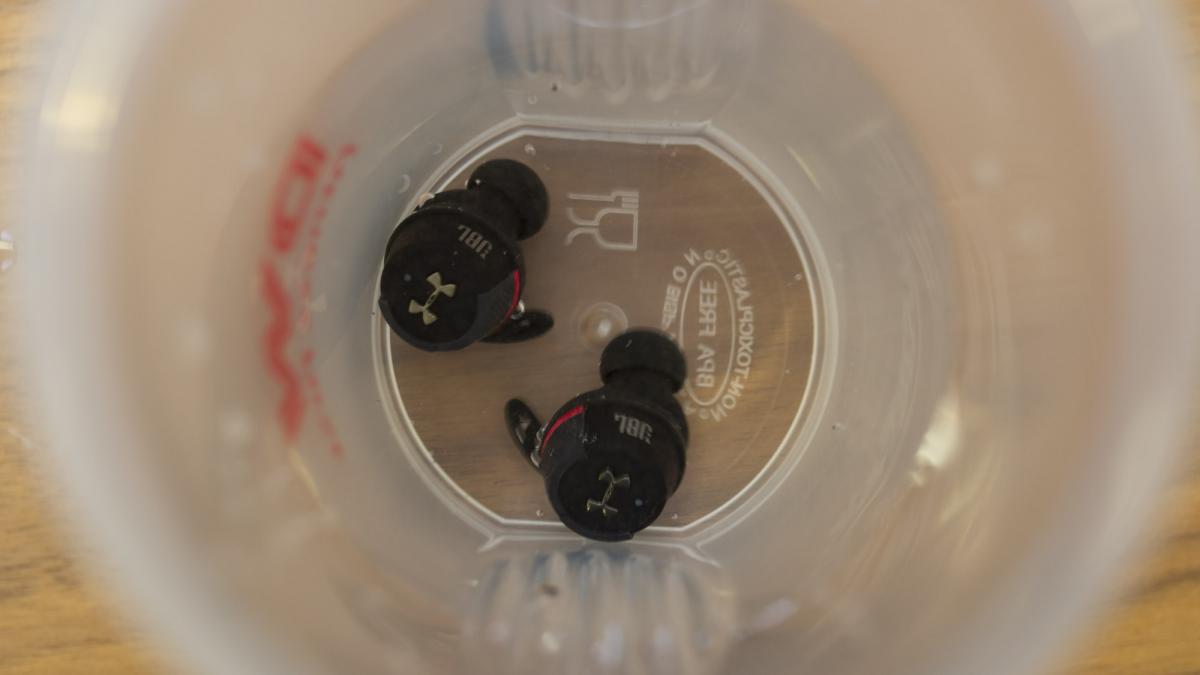 The button on the right earbud provides media controls and call functionalities, while the one on the left allows you to access your smartphone’s voice assistant, as well as Under Armour’s TalkThru and Ambient Aware features. The former lets in outside noise so you can carry on conversations without removing the earphones, while the latter mixes in some ambient audio so you can hear what’s going on around you. I’m not overly impressed at how the feature works as it fails to amplify ambient sound. 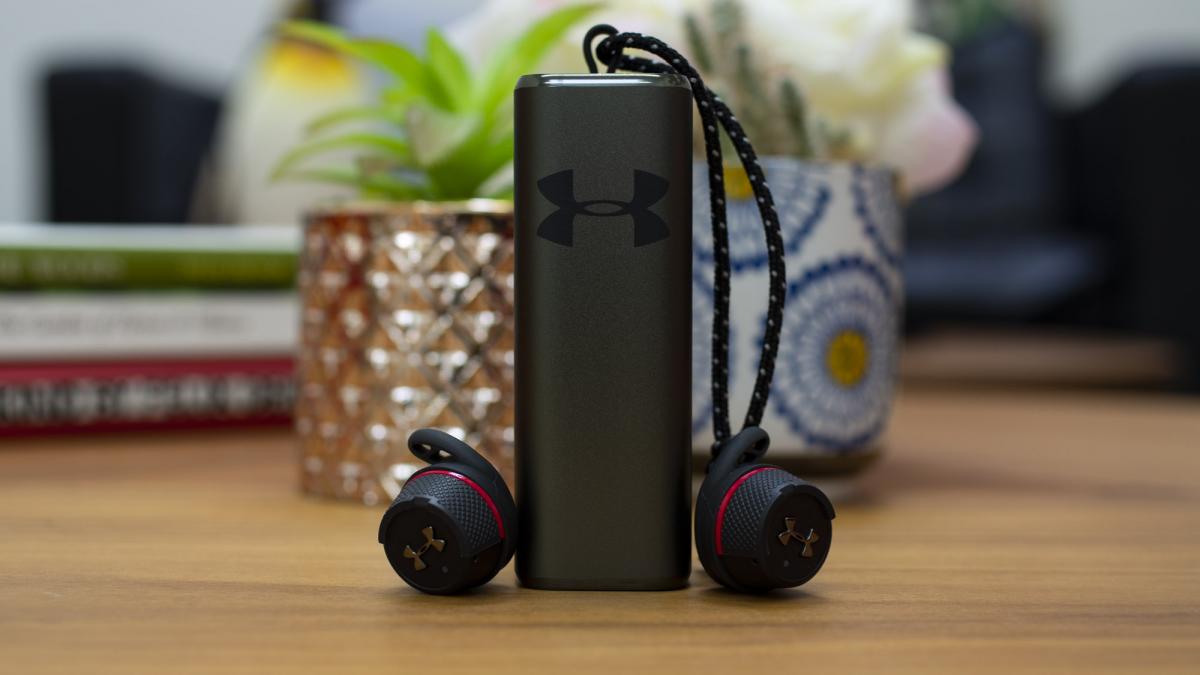 As true wireless headphones go, they’re rather bulky, and without any over-the-ear hooks included I found that they would fall out of my ears rather too easily – even with the “Sport Flex Fit ear tips” installed. Despite the branding, then, I’d say they’re not my top pick for physical activities. Instead, I’d recommend the JLab Epic Air Elite. These might not be waterproof, but hardcore gymaholics will appreciate their over-the-ear design.

As for connectivity, the True Wireless Flash work flawlessly over Bluetooth, but are limited to the lowest-quality codec – SBC – which has a negative impact on sound quality. However, you’ll be pleased to know that the right bud, which serves as the master driver, can be used independently from the left, slave driver. This won’t work the other way around, though. 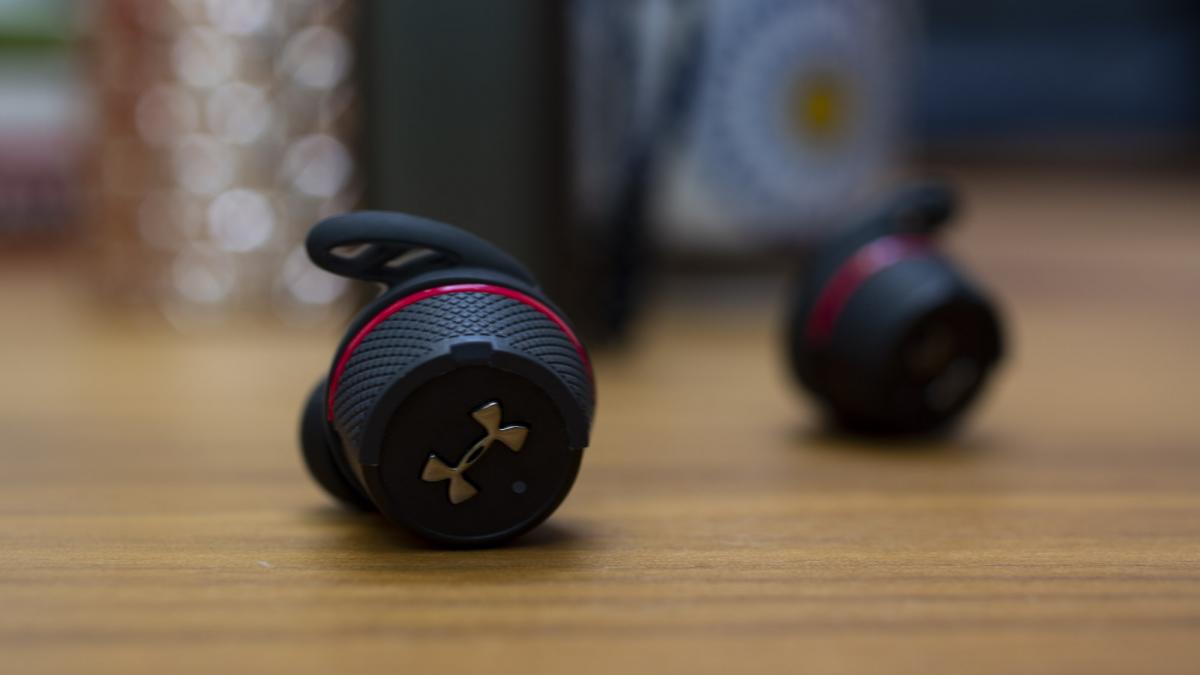 Size is a theme with these earphones and the charging case they come with is also bulky. It’s less water-resistant than the earbuds, being rated as only splash-resistant. But it’s nicely made, with a rather satisfying drawer-style mechanism that locks into place through using magnets.

There’s also a non-removable wrist loop, which makes it easy to carry around. And battery capacity is pretty impressive, with enough charge to top up the buds four times from empty. With the earphones themselves delivering five hours of playback per charge, that means you get around 25 hours playback in total.

I’m slightly less impressed with the fact that the case is charged via micro-USB, however. Given their price, it’s disappointing not to see a more modern USB Type-C interface. 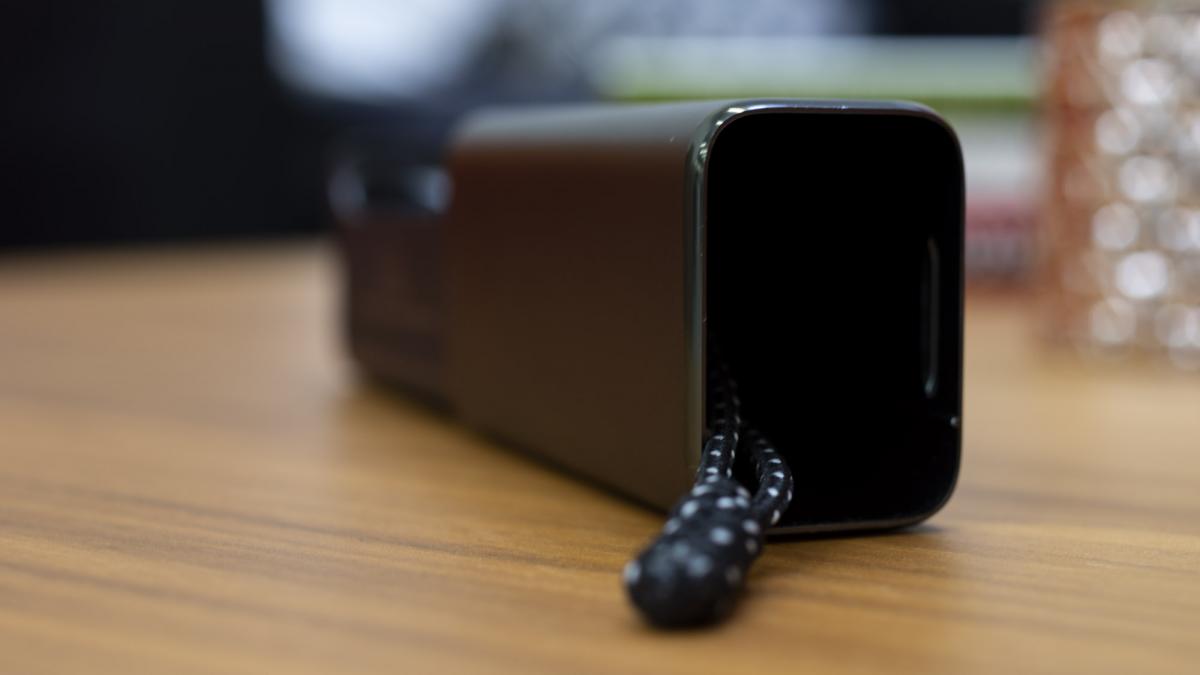 Sonically, the earbuds have a sound signature I’d describe as fun, with a strong emphasis in the mid-bass frequencies. Hearing that healthy bass pound in The Dream’s “Make Up Bag” brings a smile to my face, although the lack of control around 250Hz and rather patchy 808 bass extension did put a dampener on the experience. By comparison, the Creative Outlier Air excel in this area, providing qualitatively better bass response.

The mid-range is also a bit of a mishmash: on one hand, there’s plenty of excitement in the upper mids, while on the other the earphones sound recessed between 250Hz and 500Hz, failing to bring forward Jennifer Lopez’s vocals in her classic song, “Get Right”. 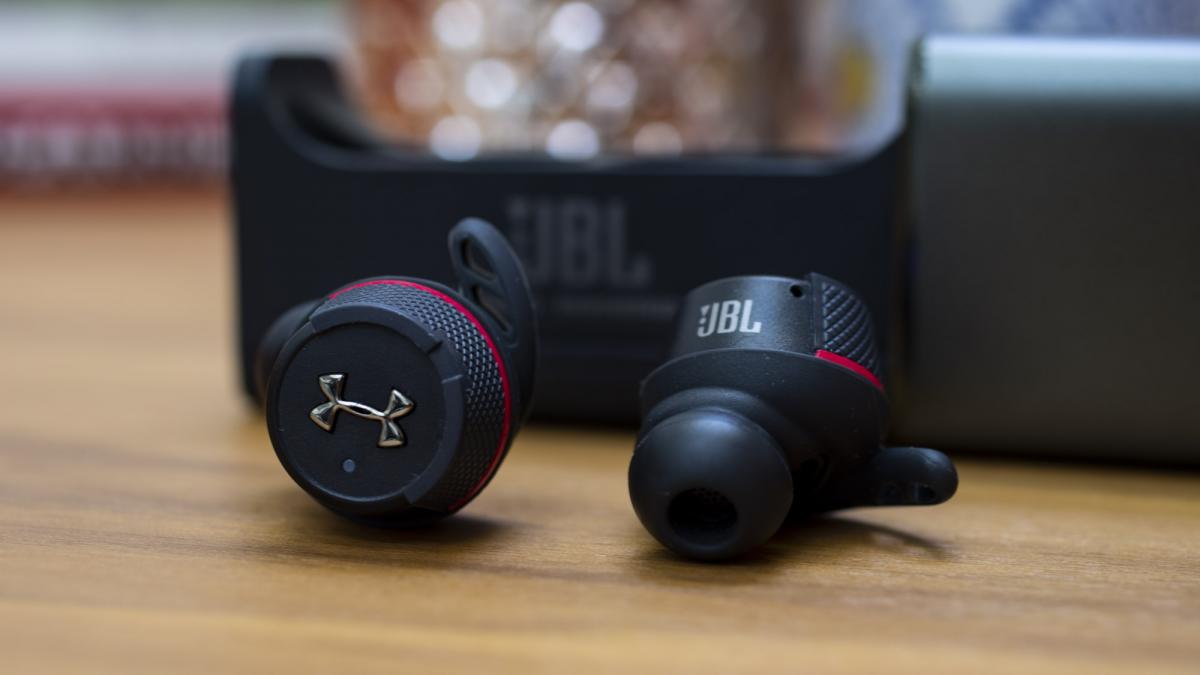 The JBL Under Armour True Wireless Flash cost £160 and, at that price, the competition is pretty stiff.

The fitness-orientated JLab Epic Air Elite offer a more secure fit and cost £150; the ENOD Mini Ring Pro offer the same level of water resistance as the Flash but only cost £72; and both the Creative Outlier Air at £75 and the RHA TrueConnect at £150 sound better.

The JBL Under Armour True Wireless Flash do hold some attraction. They’re the first water-resistant true wireless earphones I’ve seen from a major manufacturer and, for that, both JBL and Under Armour should be commended.

However, at this price, they’re far from perfect, with sound quality and a fit that I’d expect to be much better for the money.