In December, Intel promised that its upcoming 10nm laptop CPUs will feature integrated graphics with over a teraflop worth of computing power. Ahead of its Computex keynote later this week, the company gave us a better sense of what that improvement means for real-world gaming in 1080p. How does a 72 percent performance jump in CS: Go sound? Or maybe you’d prefer the 42 percent faster speeds in Overwatch? The big takeaway is that its 10nm CPUs and their 11th generation integrated graphics will actually be able to handle plenty of titles in 1080p without leaning on a dedicated GPU. 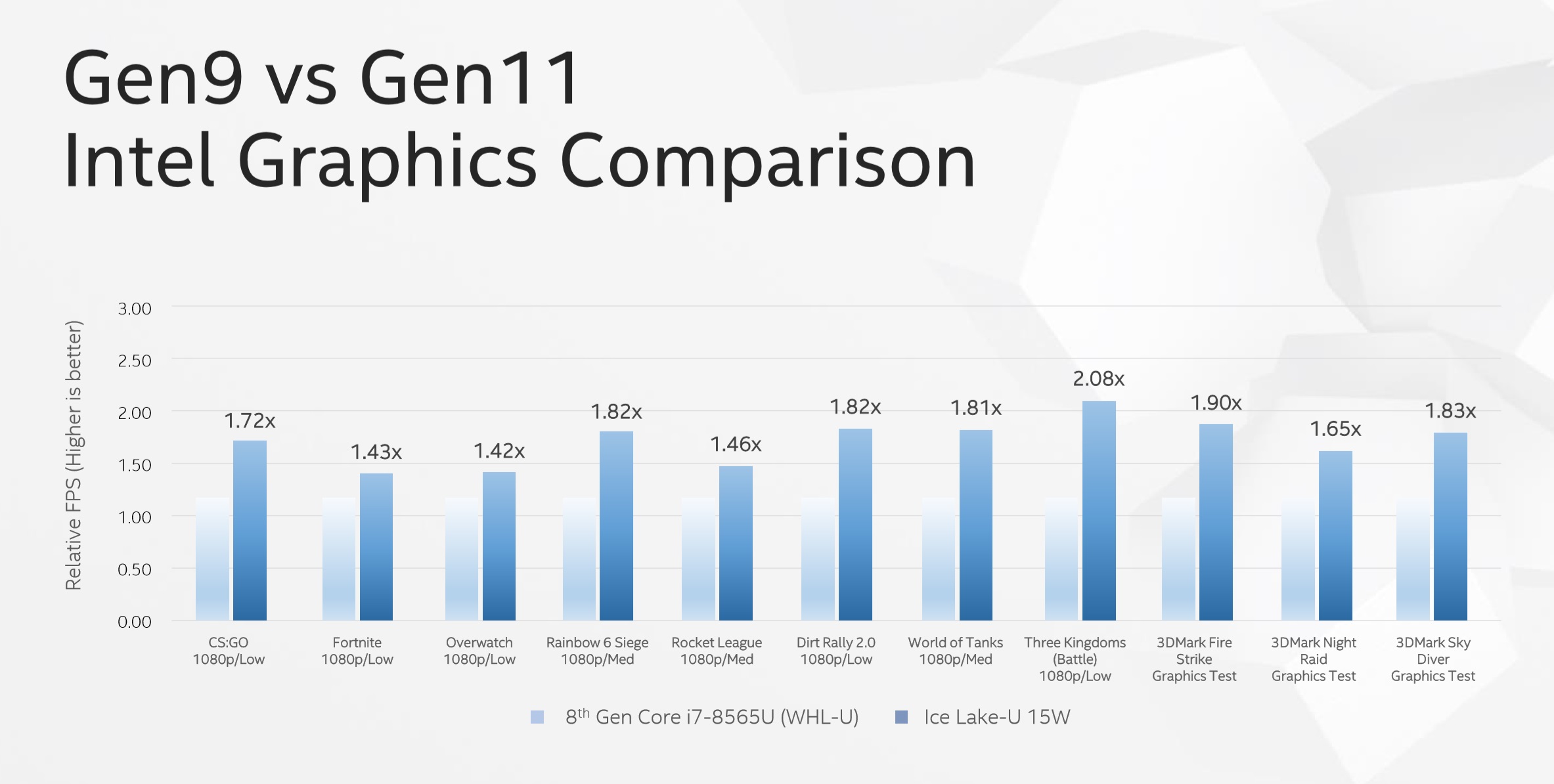 Of course, Intel’s figures come with caveats. Many of their benchmarks were run with low graphics settings, which might not be ideal for some players. We also didn’t get FPS amounts for most of those titles. But the overall upgrade is still impressive for a generation-on-generation hardware upgrade, especially when you see it doubling performance in Three Kingdoms, and almost reaching that milestone with Rainbow Six Siege.

During a live demonstration of CS:Go in 1080p, a 10nm Ice Lake system achieved framerates over 70FPS, compared to the mid-40s of an 8th generation Whiskey Lake U chip. Sure, the game was playable before, but it was nice to finally see integrated graphics leaping beyond 60FPS, ensuring a much smoother presentation. 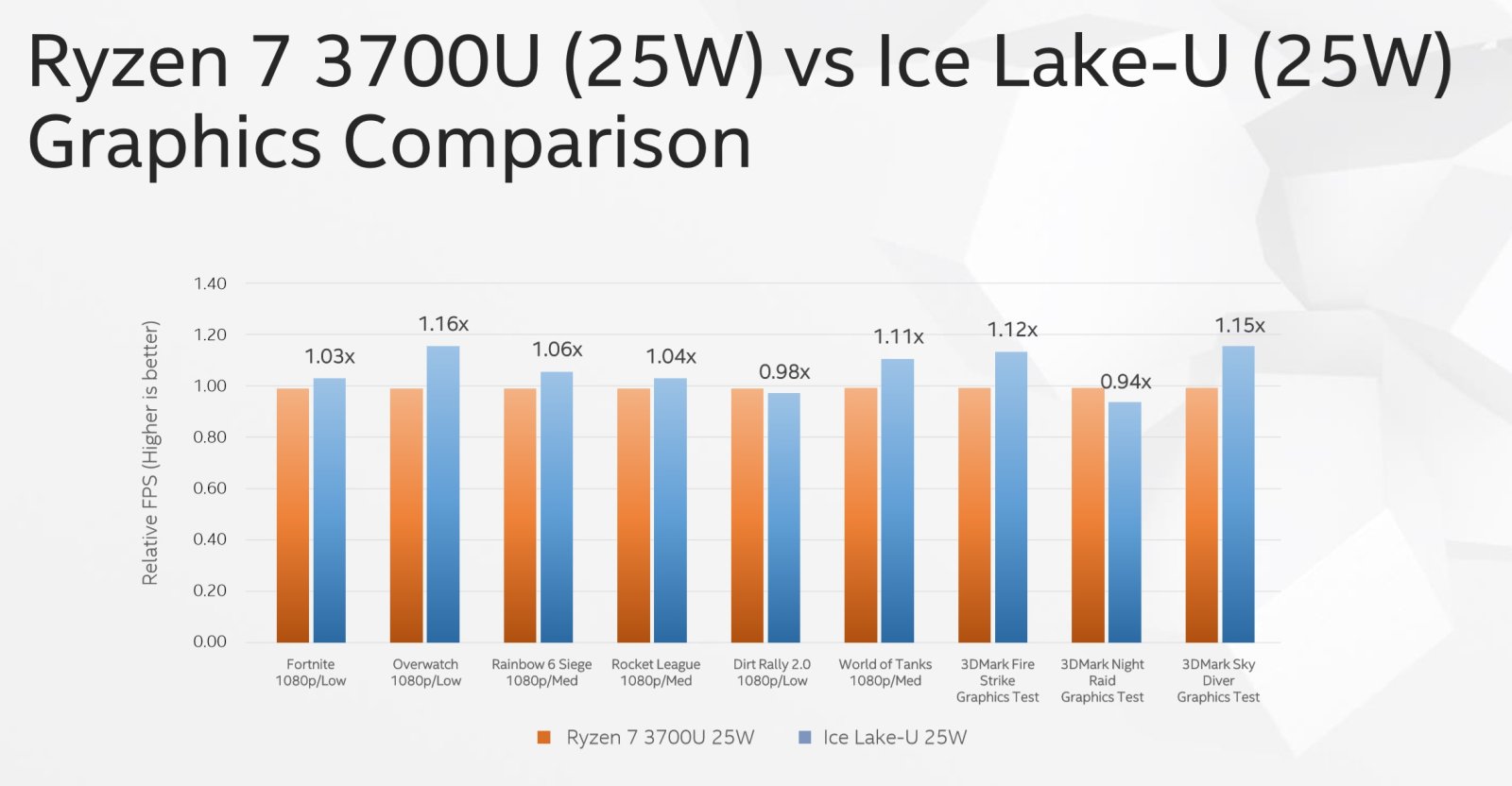 Compared to AMD’s Ryzen 7 3700U, which features RX Vega 10 graphics, Intel says a comparable 25W Ice Lake chip is around 16 percent faster in Overwatch and 15 percent faster in the 3DMark Skydiver demo. Not every comparison is in Intel’s favor, but it’s still impressive to see how far it’s come. AMD has been able to tap into its Radeon expertise for integrated graphics for years, but now Intel finally has something that can compete.

Intel is waiting until Tuesday to give us more details about Ice Lake, but for now these details certainly seem promising. Basically, you can expect to see ultraportables this year that’ll actually be able to play a few games, while still being very thin and light.

Previous Article'Contra' anthology will include game versions from around the world
Next ArticleAsus PB60 review: Great hardware hindered by irritating software
Comments (0)

Don't miss a deal at Currys
Best offers at Vimeo
Discounts, Sales and Deals at Turbo Tax
Save your money with Ticketmaster UK
Online-Shopping with Farfetch
Best products at Marks and Spencer
Latest Posts