This trustworthy Dell Inspiron will do the job with its capable processor, even if its storage lets it down

While Dell has an undeniable presence in the gaming, workstation and even server markets, its bread and butter is exactly the kind of no-frills desktop machine that we’re dealing with here. The company’s Inspiron family is designed to offer everything a home or small office user could need – at an affordable price. 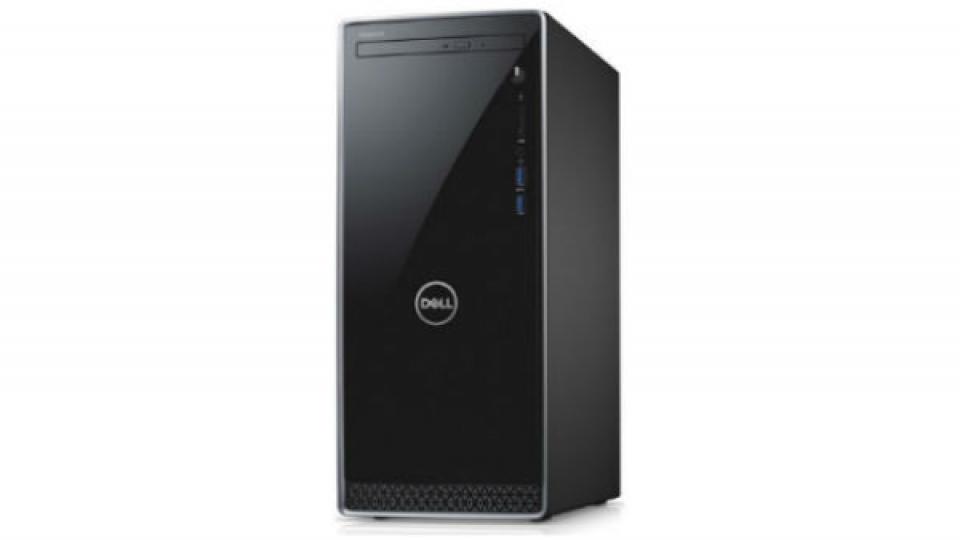 Case in point: the Inspiron 3670 includes an Intel Coffee Lake Core i3-9100 processor, released only in April 2019 and boasting a 3.6GHz base clock that boosts to 4.2GHz when required. Although it’s part of Intel’s entry-level i3 CPU family, it’s a powerful chip – the only real loss is Hyper-Threading, which would allow it to run eight simultaneous threads on its four physical cores. It powered the 3670 to a solid result in our benchmark suite across image editing, video editing and multitasking workloads.

There has to be a corner cut to hit this price, though, and in the Inspiron’s case it’s the graphics. With no discrete card, the Inspiron leans on the lacklustre Intel UHD Graphics 630 built into the CPU. In the Superposition gaming benchmark, which is a meaty workload even at the preconfigured 720p Low settings, the Inspiron sits almost at the bottom of the spectrum; this is not, if there was any doubt, a system for gaming.

It’s not sold as such, though, and the CPU keeps the system ticking over very nicely for general productivity workloads – and at a pocket-friendly power draw of 14.3W idle and 84.7W peak. This is kept down thanks to a clever ventilation arrangement: rather than having an intake and an outtake fan drawing power, the Inspiron relies on a single fan sitting atop the CPU heatsink. This pulls air from outside, rather than pushing air through the case as with all the other systems on test, and then extracts it through a side vent via a plastic shroud. It helps to keep noise levels down, too.

Less clever is Dell’s cost-cutting measure on the storage side. While the company has thought to include an optical drive, a feature becoming increasingly rare at all ends of the market, the Inspiron relies entirely on a 1TB mechanical hard drive for storage. Compared to rival systems with even slow solid-state drives (SSDs) as their boot drives, it drags down performance considerably: random read and write performance is sub-1MB/sec, application load is slowed, and the boot time is painfully slow at an average of 103 seconds. 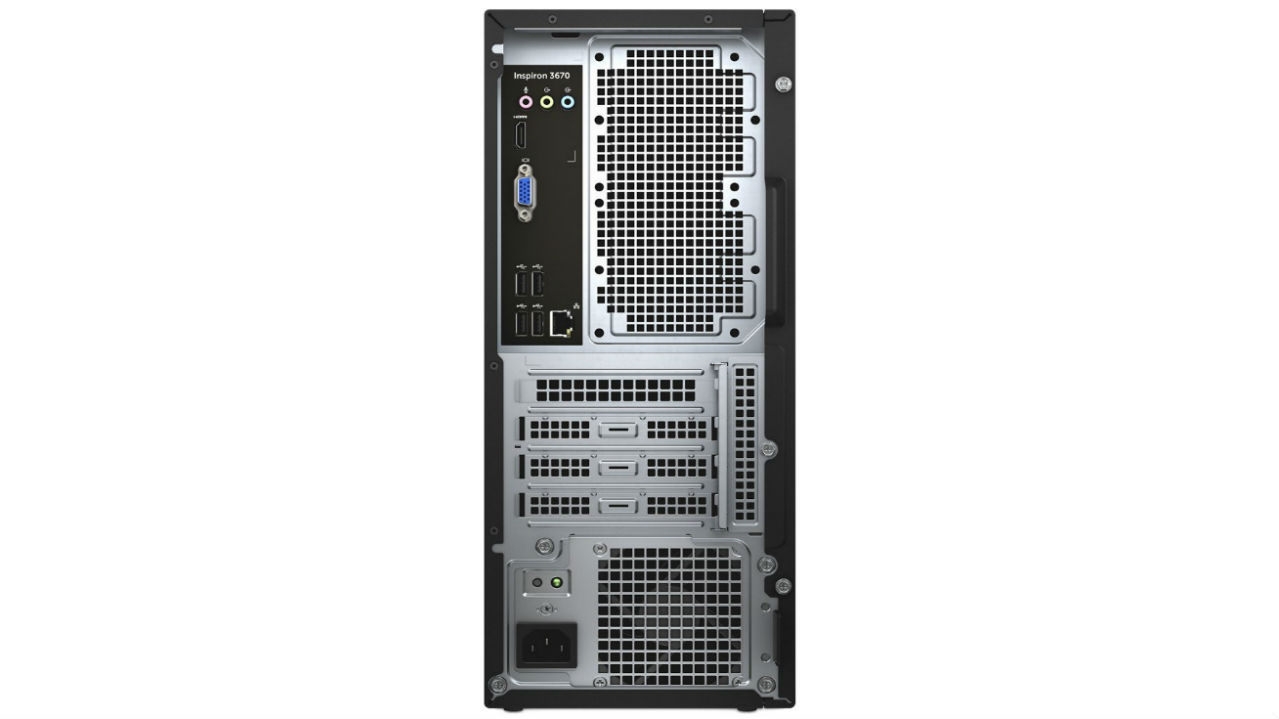 That boot time isn’t helped any by Dell’s decision to bundle additional, likely unwanted, software in with the Windows 10 Home operating system. This rears its head during the out-of-box setup experience in the form of a “Support and Protection” registration screen that fails to identify itself as being part of the bundled 30-day trial of McAfee Antivirus. After setup is complete and the desktop has loaded, Dell brings up a registration screen of its own; this is then followed by a series of adverts from the My Dell application, whether you register or not, including one exhorting you to purchase a McAfee licence and another offering you 20GB of storage for a year on the Dropbox cloud platform. Both of which, unsurprisingly, give Dell a cut for every customer thus referred.

Where Dell hasn’t cut corners is in offering a keyboard and mouse as standard, meaning all you have to supply is a monitor to get up and running. Both are functional units rather than anything special: the optical mouse includes a scroll wheel that doubles as a middle button, while the keyboard uses laptop-style “island” keys to keep the overall thickness down. For most users, both will be fine; for those who do a lot of typing, a better keyboard should be an immediate upgrade.

Where the Inspiron really falls flat, though, is its future-proofing: while there are spare PCI Express slots on the motherboard, and even an M.2 PCIe slot for high-speed NVMe storage, the 290W PSU has no free connectors nor headroom for anything like a gaming graphics card. A proprietary port on the motherboard offers SATA power, but no adapter cable is included. Only buy it if you know you won’t be upgrading.

Don't miss a deal at Sephora
Best offers at Argos
Discounts, Sales and Deals at Mobiles
Save your money with Turbo Tax
Online-Shopping with John Lewis
Best products at Currys
Latest Posts