The Crucial P2 is a budget NVMe SSD that delivers good everyday performance—in other words, it runs the operating system, loads apps, and performs small tasks just fine. Alas, it isn’t particularly swift when transferring larger amounts of data, and that’s being kind. Regardless, at the time of this writing, the P2 is easily one of the more affordable drives on the market.

This review is part of our ongoing roundup of the best SSDs. Go there for information on competing drives and how we tested them.

The P2 is an M.2 2280 (22 mm wide, 80 mm long) stick of chewing gum. The NAND is 96-layer TLC ( Triple-Level Cell/3-bit), and the controller is a Phison PS5013. There’s no DRAM cache, but a certain amount of TLC is dynamically allocated as SLC to improve performance. It works, but it proved slight erratic in testing.

The P2 is available in two capacities: 250GB ($55 on Amazon) and 500GB ($65 on Amazon), the capacity we tested. Those prices make it one of the more affordable NVMe SSDs on the market. It’s warrantied for 5 years, and 150TBW for each 250GB of capacity. TBW is the amount, in terabytes, that can be written to the drive before cell failures start to subtract from the stated capacity.

As you can tell from the CrystalDiskMark 6 test results, the 500GB P2 SSD we tested proved a decent performer with small amounts of data. 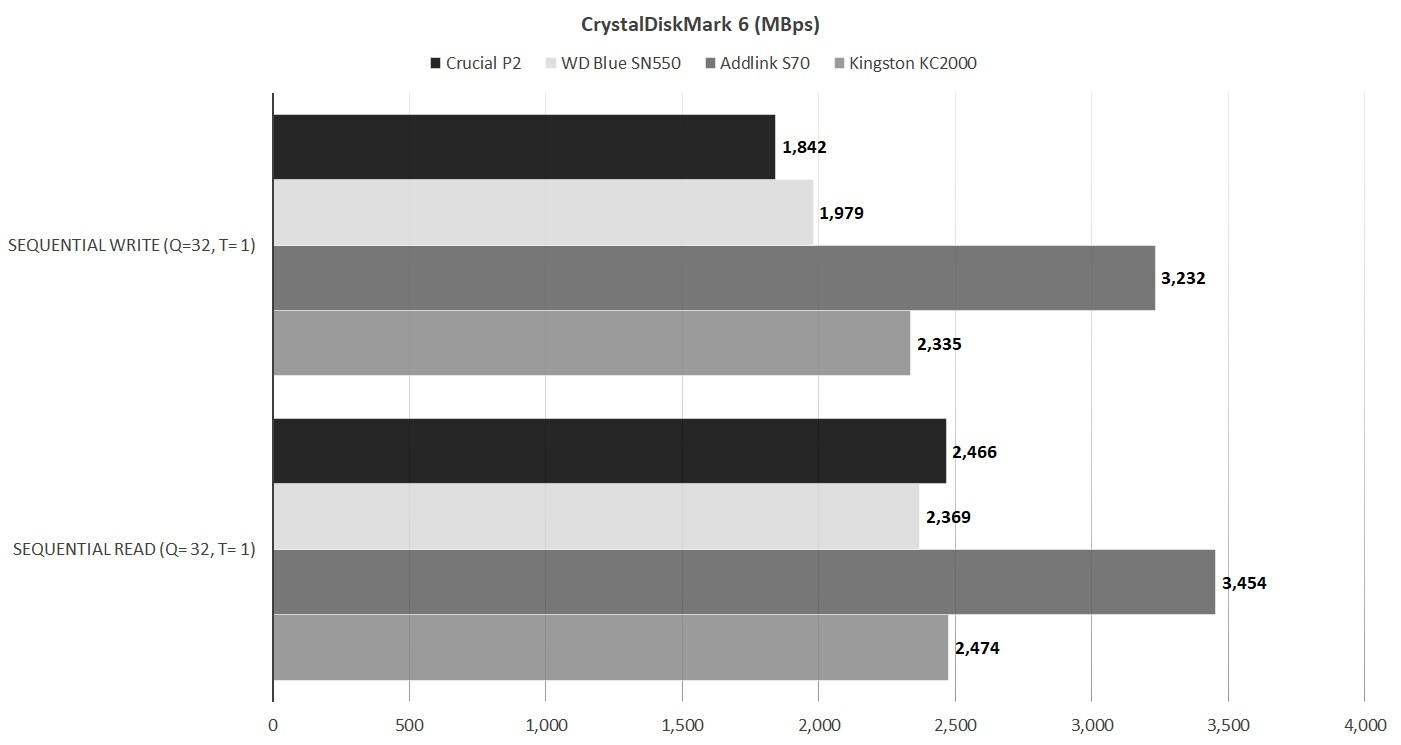 Alas, the 48GB transfer tests revealed that the P2 SSD is truly a budget drive, taking 130 seconds longer to complete all four tasks than next-tier drives. The P2 SSD is cheaper than all the competitors shown, but not by more than a couple of trips to the food truck. Note that the 250GB drive is likely to run out of cache sooner, and post longer transfer times. 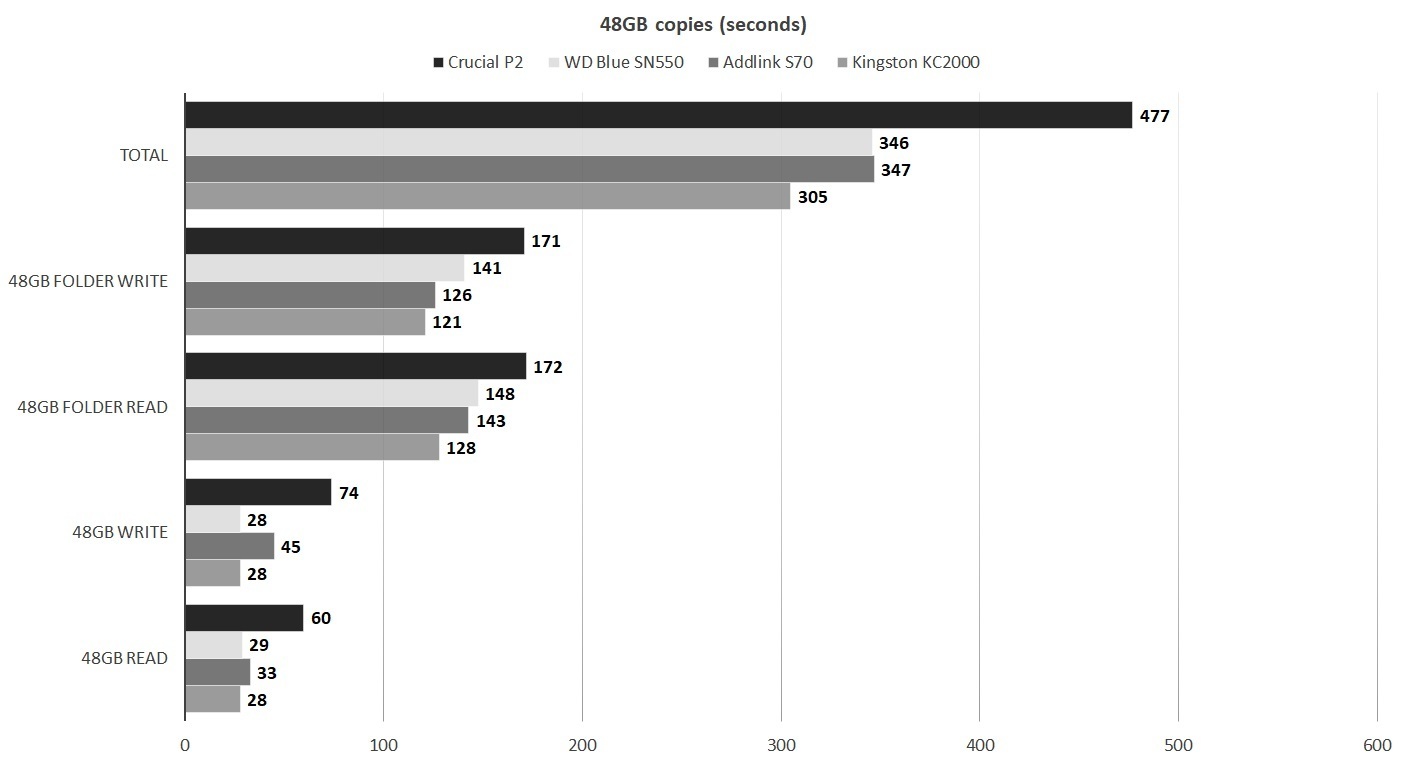 Test results don’t always tell the entire story. The image below shows the P2’s highly inconsistent transfer rate while reading our single 48GB test file. We’ve never seen a ramp-up in speed, or secondary dips further into the process. Normally it’s fast from the get-go and stays that way.

In short, the P2 SSD’s performance will get you through the day, but its erratic dips will cause issues for those that consistently work with larger amounts of data.

The price is right

The P2 SSD will no doubt appeal to budget system builders and users who have to pinch every last penny–it’s priced that low. However, it’s not the drive for those who like smooth, consistent performance across a wide variety of scenarios. Those users should skip those lunches and shop a tier higher.

This NVMe SSD earns its stars on bang for the buck. It’s a good everyday performer, but slow with large file transfers. If you can’t afford anything else, it’ll do the job—but for another $20 you could get a much faster drive.

Don't miss a deal at Marks and Spencer
Best offers at Sky
Discounts, Sales and Deals at Surfdome
Save your money with Sephora
Online-Shopping with The Home Depot
Best products at Udemy
Latest Posts