Andover Audio’s PM-50 headphone is one of the few but growing number of headphone models built around ultra high-resolution planar magnetic drivers (50mm, in this case). This $500 over-the-ear, open-backed model does a fine job of distracting and diverting the listener—at least for a while—from the isolation and boredom that comes with enforced social distancing.

New and favorite music and movies seem vividly alive, present, and more in your face with these entertainers balancing on your head. The PM-50 have a clarity, airiness, and spatial positioning skill set so precise and three-dimensional I can close my eyes and feel like I’m in the recording studio, club, or concert hall with the performers.

Planar magnetic headphones (and their close relation, electrostatic headphones) have been around for more than four decades, courting fastidious, deep-pocketed audiophiles. The secret of their success are thin-film planar magnetic flat drivers—membranes interwoven with electrically active wires. These are pushed/pulled at very close range by evenly spaced magnets to move air and thus make the sound waves detected by our ears.

As this driving force is evenly distributed across the entire surface of the diaphragm, it is both quicker reacting and less susceptible to distortion than the more typical cone-shaped headphone drivers, which are rocked back and forth from the narrow end of the cone by a single donut-shaped magnet and voice coil. 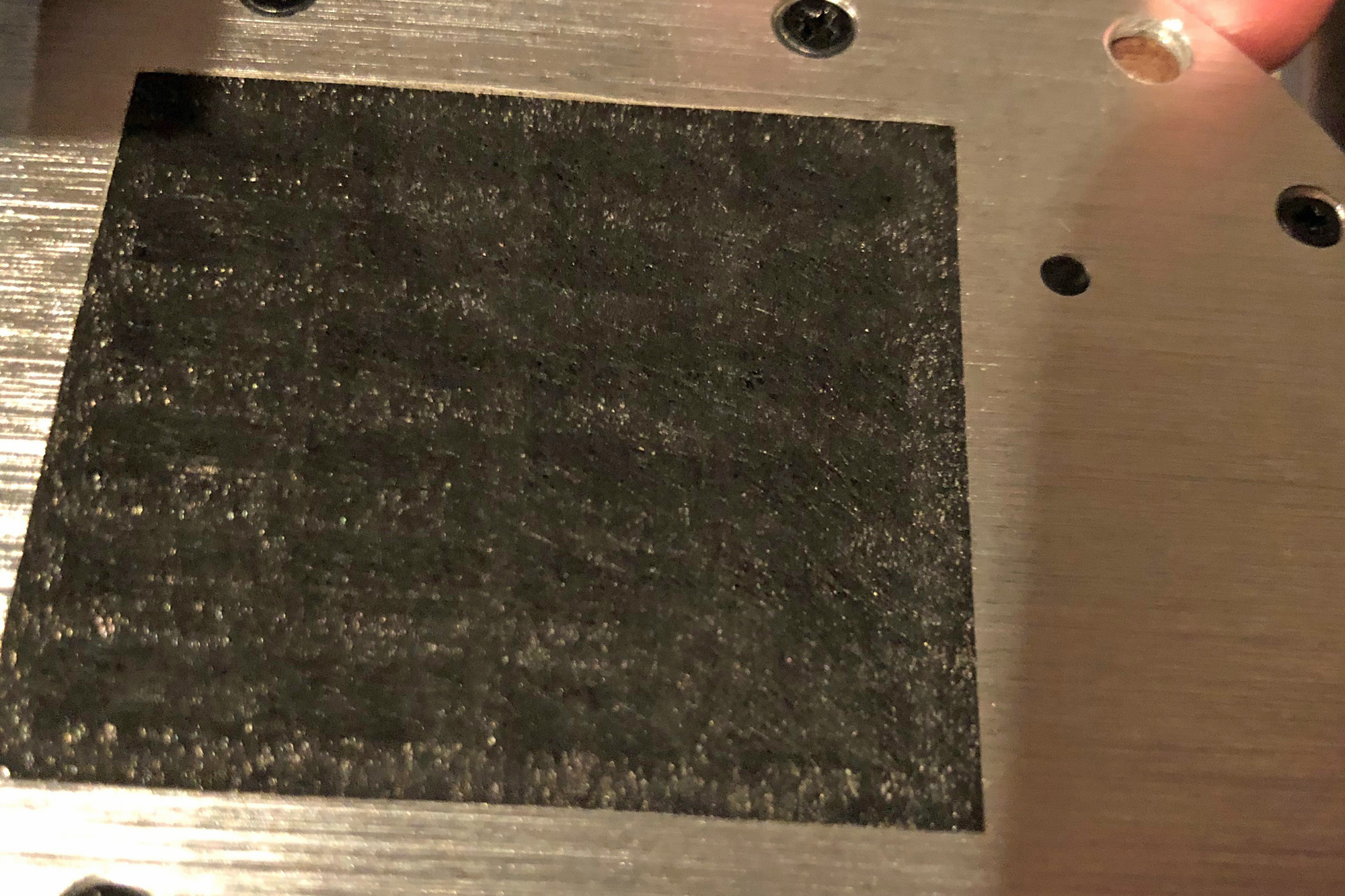 Most listeners and mainstream headphone makers have never brushed ears with planar magnetic music makers because these things are just too darn complex and (until recently) too expensive to build. Andover Audio’s Boston-designed, made-in-China PM-50 are hardly an impulse buy at $500, but their specs are impressive: Frequency response range of 15Hz – 50kHz, and driver sensitivity of 102dB/1mW. Their 32-Ohm impedance rating means you should be able to pair them with just about any audio source, including a smartphone or portable digital audio player. They played nice and loud for me even when plugged into a Roku remote control’s headphone jack.

Pretty, but fatiguing to wear

The PM-50 also look the part of pricey phones, too. The earpieces are decked out in genuine walnut hardwood enclosures that slide up and down a seriously grippy, padded metal headband. The kit includes two sets of swappable pleather-wrapped earpads. There’s a thinner set offering a more detailed, forward sound (my preference), and a thicker set that lends a bit more bass warmth and detachment from the music.

A third “loose fit” earpad option, due out in the fall, will offer a larger circumference pad and ear opening “to accommodate a small amount of users who may want a roomier fit,” an Andover Audio spokesperson said. That would include me, summing up my most significant complaint about these puppies. For better (at first) and then worse, these things really grip hard, with the top of the pads catching (rather than surrounding) the top of my average-sized ears.

Adding insult to injury, that springy metal headband presses the arms of my eyeglasses into my temples. All’s fine enough for about two hours of listening, but then stuff starts to hurt, and I need a time out. I hope that third set of pop-on earpads resolves the problem.

The 13.5-ounce weight of these cans—15 ounces with the cable—might stop some people in their tracks. The open-back Beyerdynamic DT 990 Pro that are my everyday computer station playmates weigh just 8.5 ounces. The sound leakage that occurs with open-back headphones is not a problem for me; it might be for you.

Oh, and I discovered one other oddity. Wearing the phones and listening to music while folding bedsheets, the static electricity created by my chore set off a little sparky sputter in the drivers. Don’t try that at home. 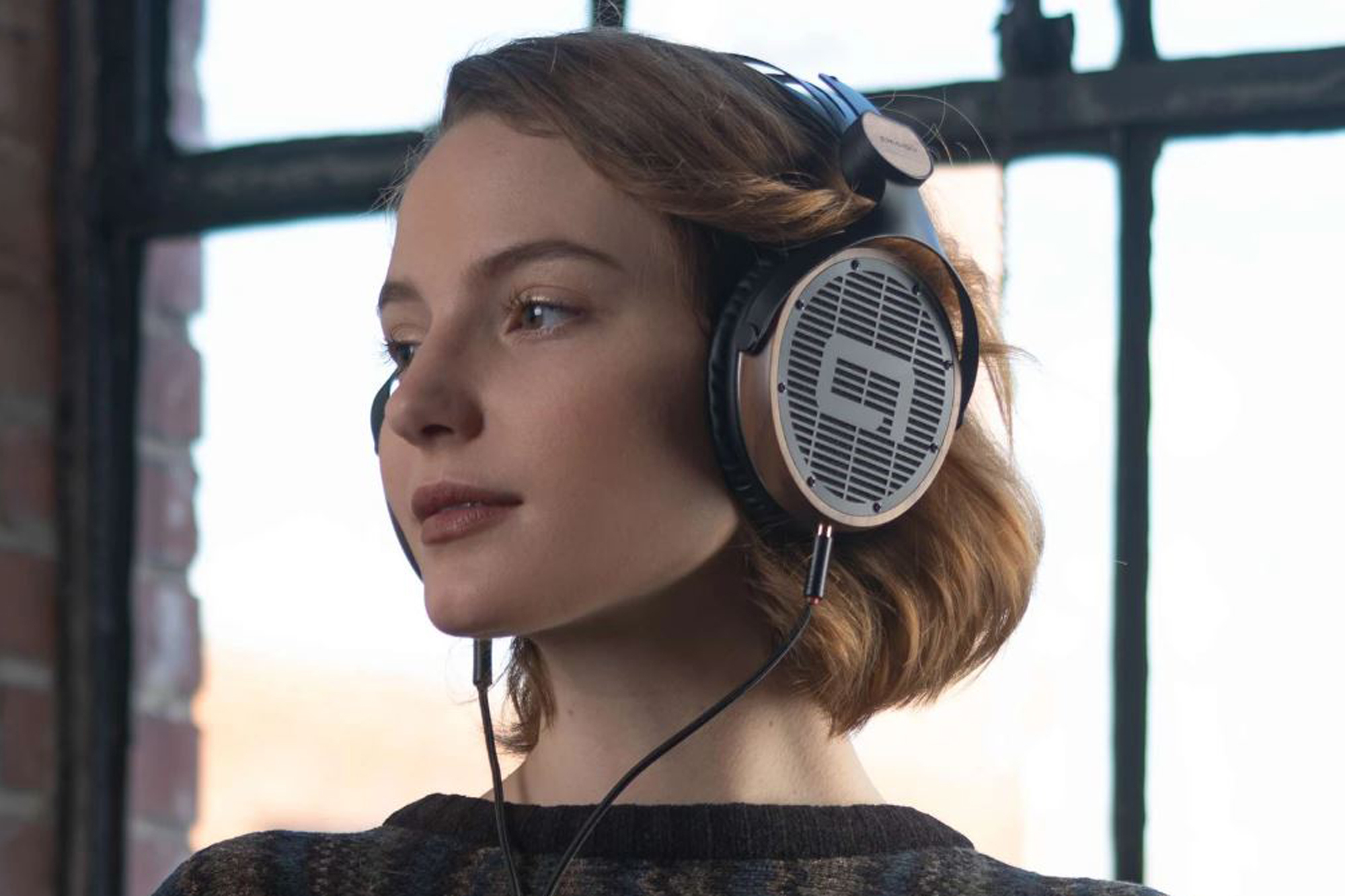 If the Andover brand is as new to you as it was to me, you might like to know that it’s lead by former Cambridge SoundWorks general manager Rob Mainiero, a longtime advocate of sharp, value pricing. The company was founded in 2012, and its crew cut their cuspids at Acoustic Research, a/d/s, Apogee Acoustics, Bose, and Harman.

For my listening tests—relying most often on content from the high-res music-streaming service Qobuz, streaming from an iMac through a Meridian Audio Explorer2 DAC—I was grateful for the PM-50’s generously long (5 feet, 8 inches) cloth-wrapped Y-cable with gold terminators. The cable length allowed me to move my listening location from my computer desk chair to a nearby sofa. The cable terminates with a 3.5mm plug, and there’s a 1/4-inch adapter in the box. Come summer, extra-obsessives will have the option of swapping out the stock cable for a $100 OCC (Ohno Continuous Casting) model.

Think “Sit Down, You’re Rocking the Boat” (from Guys and Dolls), “Teach Me Tonight,” and “Pennies from Heaven.” While the PM-50 first put a grin on my face while listening to a mid-fi Amazon Music stream of the set through a connected iPhone X, the interpretive nuances, growls, and vocal humor that JT brings to the party really came alive when the headphones were jacked into a CD player and then via Qobuz’s immaculate 24-bit/96KHz presentation. 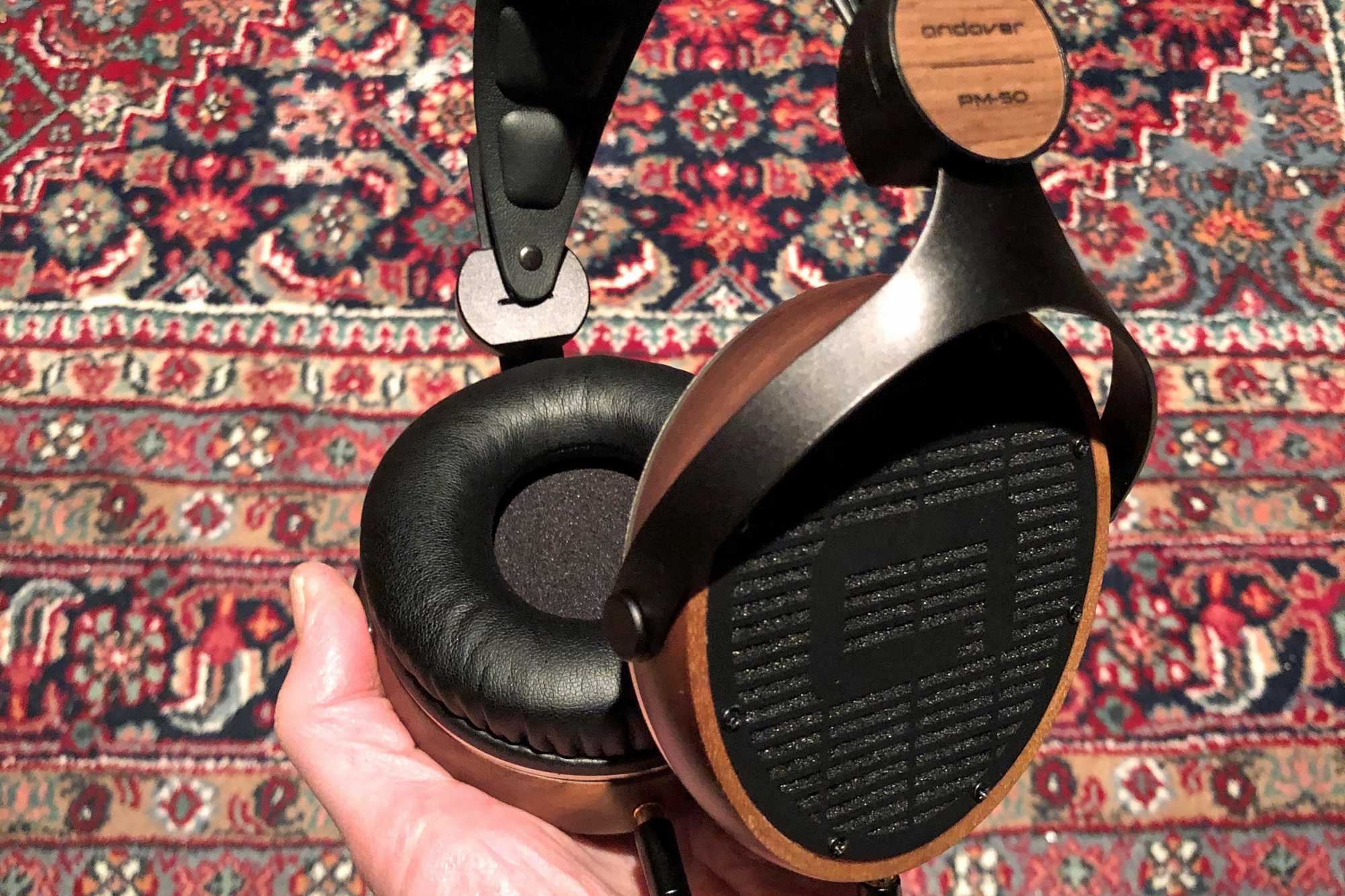 The PM-50 also proved revelatory on two new guitar wizard albums: Al Di Meola’s second set of flamenco and raga-driven interpretations of Beatles tunes, Across the Universe, sounded hyper florid and percussive on these articulate headphones. And Pat Metheny’s long-in-planning From This Place, a suite that utilizes orchestral arrangements in such a subtle, non-schlocky fashion I barely noticed the string enhancements when I first played the set on loudspeakers and lesser-grade earbuds. It took the PM-50 for my soul to be psychedelicized.

Planar magnetic headphones are not known for heavy bass response, but it was good enough in this example to put the burn on neo-soul crooner Jose James’ fresh set No Beginning, No End 2, and to get the house rockin’ anew, a mere 36 years later, with Bob Geldof’s comeback fronting The Boomtown Rats on Citizens of Boomtown. While mostly nostalgic for the good ol’ street fighting and glam rock sounds,Geldof and company are even trying rap and dabbling in house music on the floor-thumping “Get a Grip.” The PM-50 made the best of this odd situation.

While old-school headphone makers like Yamaha, Fostex, and MB Quart gave up on planar magnetic headphones eons ago, upstart brands like Audeze, HiFiMan, and Andover Audio are starting the revolution all over again. With more time on our hands to try these things out (Andover offs free 30-day returns for any reason), maybe now is the moment for you to give them a listen. Odds are good you won’t be disappointed.

The Andover Audio PM-50 breathes new life and great sound into the relatively obscure planar magnetic headphone species, but these aren’t the most comfortable cans I’ve strapped to my head for long listening sessions.

Don't miss a deal at O2 Mobile
Best offers at Carphone Warehouse
Discounts, Sales and Deals at Groupon
Save your money with House of Fraser
Online-Shopping with John Lewis
Best products at Nike DE
Latest Posts