vr week: How to get your room ready for VR 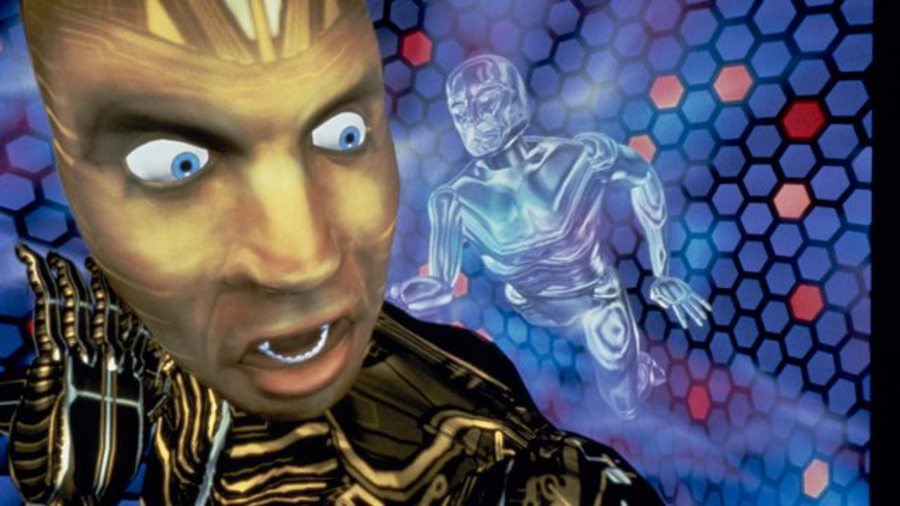 Why worry about the physical realm when you can become an electronic God in a VR universe? You know – a bit like the Lawnmower Man without the old-fashioned phone ringing thing.

You may find yourself subsisting on a diet of electrons and ambrosia-pixels, having escaped your fleshy form, and thrown into an ether of virtual worlds. Never again will you need to return to your too-corporeal body, which was frankly a bit demanding on the exercise front and not being helped by the aging process anyway.

Then you’ll put your VR headset on, stub your toe on the coffee table, and trip over the cat.

Though, yes, VR is a gateway to a virtual world, it does require some space in the real world and it’s not actually that simple to set up. Most of the tips here are going to be for the high-end virtual reality headsets, the HTC Vive and the Oculus Rift, but some of the tips are applicable using the much more popular Samsung Gear VR and Google Cardboard headsets too. 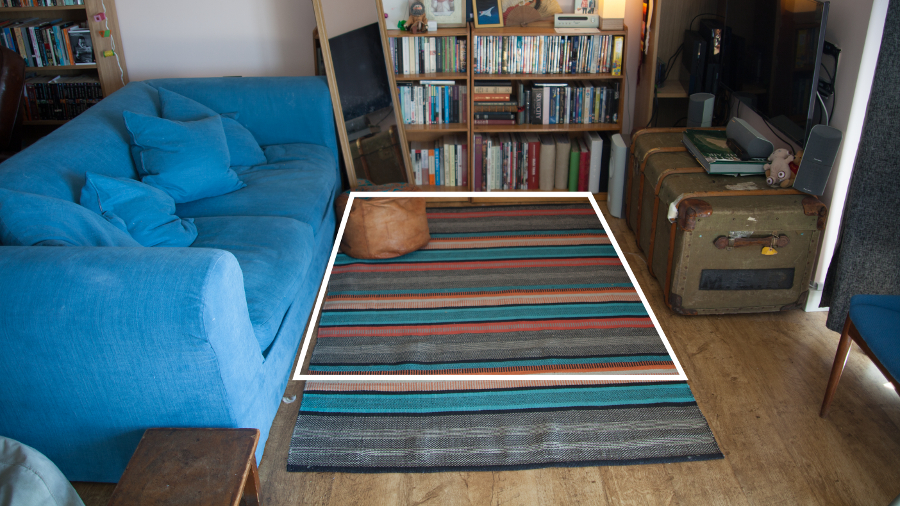 All VR headsets require a certain amount of space, but with mobile phone devices you can often get away with just standing still or even sitting down. Not so with the Vive and Rift, which both require a chunk of space for their tracking devices to work.

The Rift is the simpler of the two. It can track the player within a maximum of five by 11 feet of space (1.5m x 3.4m), but you’ll probably only need five by five feet (around 1.5m x 1.5m). However it is mainly intended to be used from a seated position. When seated, it doesn’t require any more space than you’d need sitting at your desk.

You need to stay relatively close to the desk, given the single sensor, but you can buy extra sensors to extend your play area (The Oculus Touch motion controller comes with one in the box.) That single sensor does also mean you can’t really turn fully around because the rift doesn’t have tracking units on the rear. 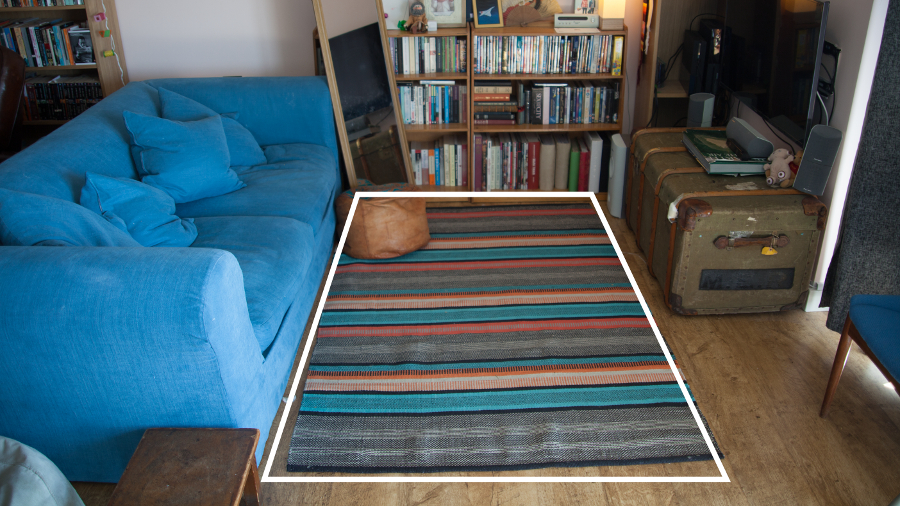 The Vive requires a whole lot more space than the Oculus, because it expects you to walk around while running the simulations it has to offer. Many of the simulations – like Fantastic Contraption or Budget Cuts – need the player to explore the virtual world by moving around it physically. On the other hand, the 3D painting / modelling app Tilt Brush is nothing without the ability to lean around your creation.

That’s another point – you also need to take into account the player’s tendency to lean out of the scene, adding another four feet on all sides for safety. That’s a huge space to cover – at minimum 1.5 x 2 m, but probably larger.

Thankfully, the Vive is the most technologically-advanced of all the devices. Once your computer is all set-up with the Vive, you can use one of the included motion controllers to map out the safe area automatically.

As George Kelion, Communications Manager at VR develper Ndreams, who have been working with Vive says: “In our experience the more free space, the better. HTC have really thought about the practicalities of not being able to see your surroundings and have mitigated this by showing a blue grid in game when you approach your boundaries in the ‘Real World’, which helps you avoid putting a hole in your monitor or knocking over your favorite lamp.”

Be warned though, it only maps the scene’s edges – it can’t stop you trying to push your head through the floor… 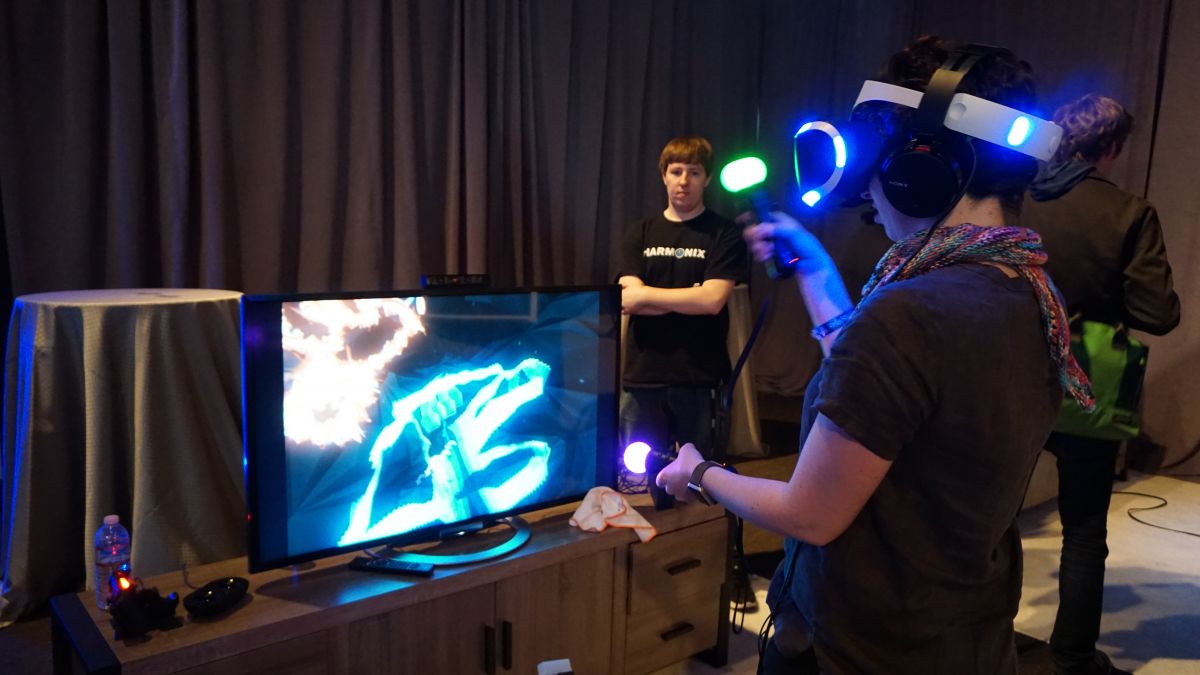 The details on PlayStation VR’s set-up requirements are a little more thin on the ground, which is understandable as the developer kit isn’t widely available yet. Obviously, it uses the already-available PlayStation Eye camera and Move controllers, and connects to the PlayStation 4 rather than to a PC.

This means that, if you’re thinking of getting this (despite the much weaker hardware), you’ll probably already have a PS4 set up in your living room, so won’t want to make a huge alteration to that. Particularly, the PS4 and the processing unit will be (just) capable of outputting different streams to the TV and to the headset simultaneously, so you might not want to clear your sofa out of the way.

Looking at the demos for it, we’d estimate it won’t require much more space than the Oculus or the existing PlayStation camera. A slide from the PSVR announcement showed that it can take up a maximum of 5.7 feet by 7.2 feet (2m by 2.3m) 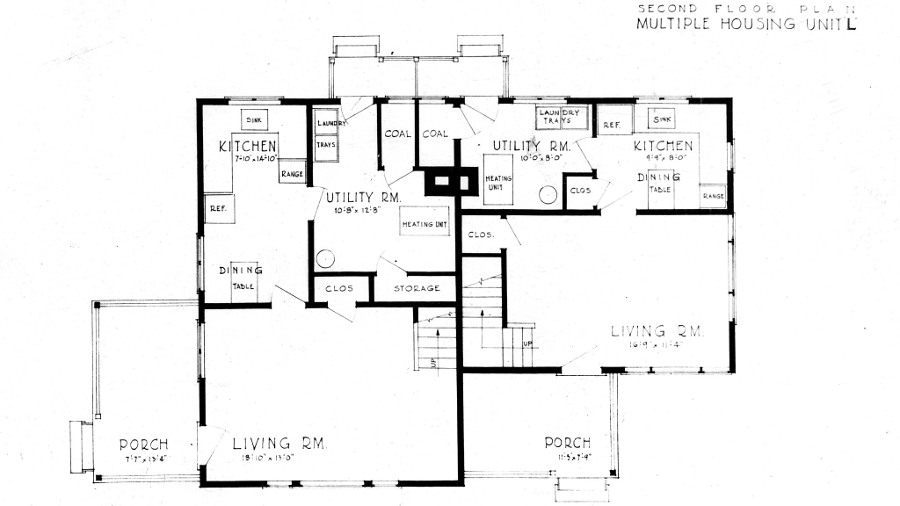 In our tiny urban British homes, you’re unlikely to get much choice over this – it’s the living room and that’s it – but bigger homes, in the suburbs or in space-rich America you might have several rooms to choose from.

The first criterion should be the room’s height. Several of the more energetic games, including the Tennis sims, might require you to push your controllers high and fast – and you’d really rather not smash them against the ceiling.

As when using a standing desk, it’s best to stand on a harder surface and wear trainers, especially if you’re going to be doing this a lot. We’d recommend that any rugs that aren’t stuck down get moved, for example, and you might want to think twice about using a fully-carpeted room.

Remember that all of the systems also have spectator modes – either displayed on the PC’s display or on a TV. So you might want to plan where they’ll be too.

Clear and secure the environment 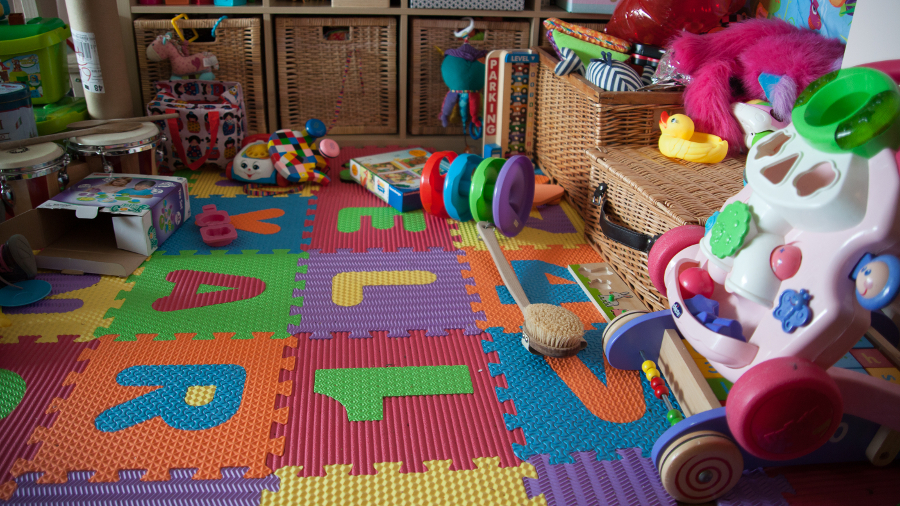 This is an obvious one but once you’ve chosen your room, you need to clear the playspace completely. None of the systems will warn you if anything’s in the space that shouldn’t be, so get anything out of there you can. Also kick any pets and/or toddlers out of the room.

Then think about the room the way you would if you had a toddler running around it – you want to childproof it, essentially, because you’re going to be blind and distracted most of the time.

Consider getting foam padding for any sharp corners on tables. They’re available on Amazon for very little money. Watch out for all those cables too. They’re liable to trip you, especially the ones attached to your head…

If you’ve got a chair, Oculus’ John Carmack has said to ensure it’s a swivel chair, preferably without wheels. Given how many of the Rift’s applications are static, you don’t really want to be rolling all over the place. 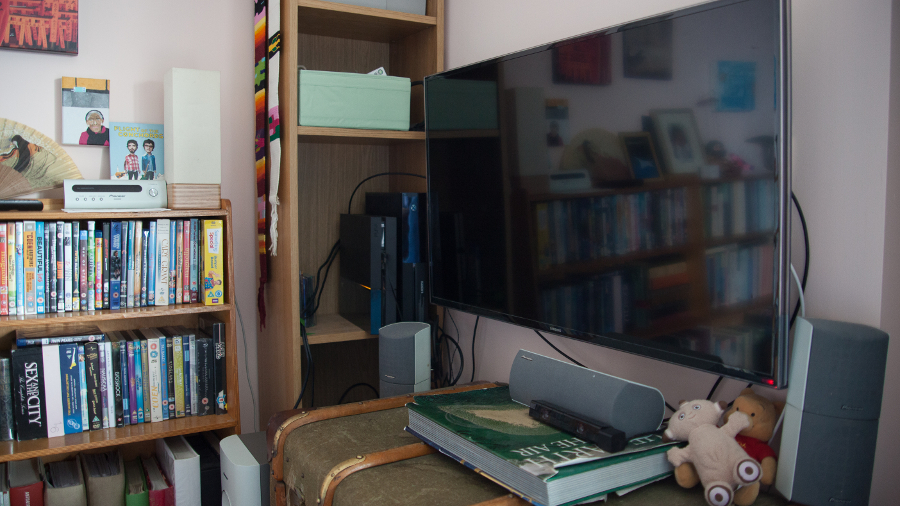 For the PlayStation VR you’ve probably already got your PS4 set up in your living room / playroom, so just skip on. We’re not going into the specifics of building a VR-ready PC – that article’s elsewhere on the site. (Though we will emphasize that, if you can at all manage it, passive cooling and water-cooling are your friends considering how much hardware there is in that thing.) We’re just going to deal with where you are going to put it, considering how big is it probably is.

Of course, it needs to be sited near the place where you’ll be using the headset. For the Vive, it also needs to be within 5 metres of where you’re installing the base stations as that’s how long the cables are. And you probably will want to plug it into an external monitor.

Install the base stations (HTC Vive) 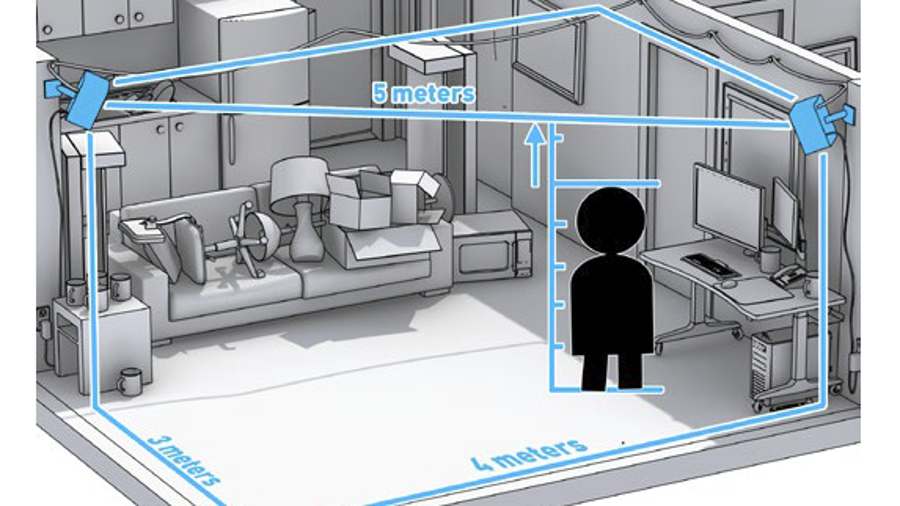 The different systems have different requirements for their tracking units. The Oculus’ inferior tracking unit is just happy to sit on top of your monitor or TV. The Playstation Camera has its own complicated set-up tutorial. And the Vive cameras require a whole lot more.

The twin Vive tracking stations need to be at particular heights, but they also need to be very stable. If they get pushed over or even nudged whilst you’re in the sim, you’re going to suddenly feel very sick. The best option is to drill them into the wall or ceiling, but you could also use strong mounting adhesive or even set up movable tripods (they have screws built-in too.)

Each tracking station also needs power, as will your main unit, so having an extension cable or three at the ready is not a bad idea. 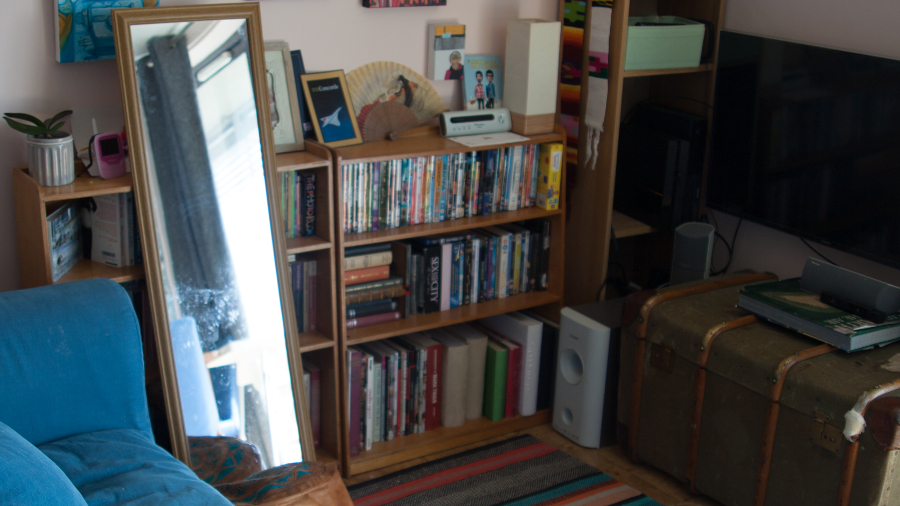 This is a weird one. If you experience problems when using your Vive, you might want to cover any reflective surfaces, be that mirrors, glass tables or David Cameron’s giant shiny forehead. If you look at demo videos of the system, Valve themselves seem to cover up anything even vaguely shiny in blue tape – whether that’s metallic door knobs, plastic light-switches or picture frames. This is because the developer edition Lighthouse sensors work by using laser beams which can be confused by reflections.

There are reports that this is no longer a problem with the latest version of the Lighthouse sensors – but if you do have problems, this would be one of our first ports of call. 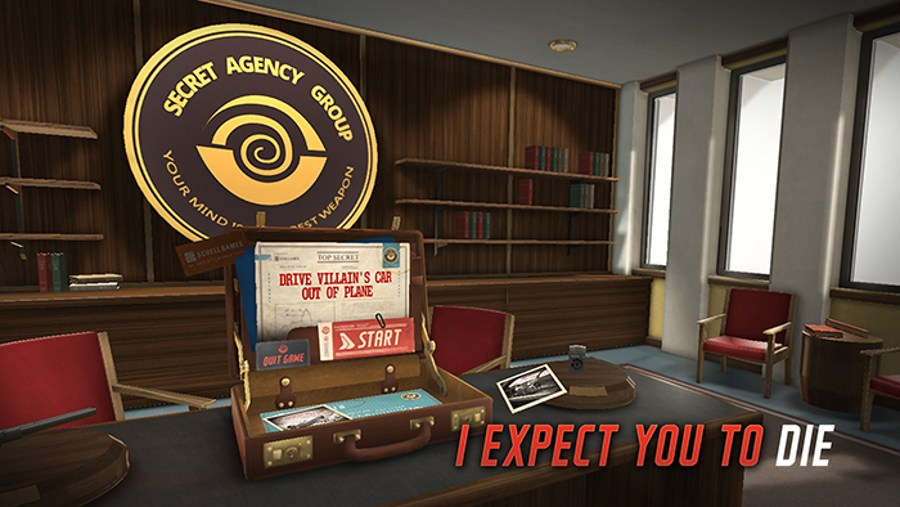 That’s it! Collapse on your sofa! Pick up some games! Play them! Go and paint the traditional rude graffiti in Tilt Brush like everyone else.

(If you want good titles to play, then check out our list of the best VR games we’ve tried.) My personal favorite is Schell Games’ I Expect You To Die.

Previous ArticleVR Week: What Windows 10 means for VR and AR
Next ArticleApple@40: What would the world look like if Apple licensed OS X to PC makers?
Comments (0)

Don't miss a deal at EBay DE
Best offers at Virgin Media
Discounts, Sales and Deals at House of Fraser
Save your money with Mobiles
Online-Shopping with Boohoo
Best products at Currys
Latest Posts