Connection timed out after 5001 milliseconds0Shares

Sony broke its usual smartphone release cycle to bring its latest flagship, the Xperia XZ2, to Mobile World Congress 2018, a few months earlier than expected. Alongside it came a smaller sibling: the Xperia XZ2 Compact. The Compact is available to pre-order now, and does properly on sale in April.

The Compact packs a smaller screen (no surprise there), but the rest of its specs are impressively close to the bigger version. We’ve tested the phone out ourselves, and here’s what you’ll get when the XZ2 Compact arrives later this year.

First up, the phone is due to launch in the UK alongside the XZ2 on 6 April, with an RRP of £529, just £30 more than the XZ1 Compact launched at last year. That’s a decent chunk less than the £699 XZ2, which boasts a bigger screen and a glass back, but mostly the same internal specs.

£529 puts the XZ2 Compact at the lower end of flagship phone pricing, competing with the likes of the £449 OnePlus 5T, the £629 Pixel 2, and the £499 Nokia 8 – though this phone has the advantage of a more recent, and more powerful, processor than any of those alternatives.

You can pre-order it SIM-free now from Amazon, or if you pre-order the phone directly from Sony you’ll get a free case along with it.

If you’d rather buy the phone on contract, there aren’t many offers yet in the UK – though we’re sure more are coming. Right now you can get it with no upfront cost from £33 per month, with 1GB of data, while jumping up to £39 per month – again, with no upfront cost – will get you 16GB data. Both those deals are through Vodafone.

For the time being there’s no US release date or price, but we’ll update this review when we have it. 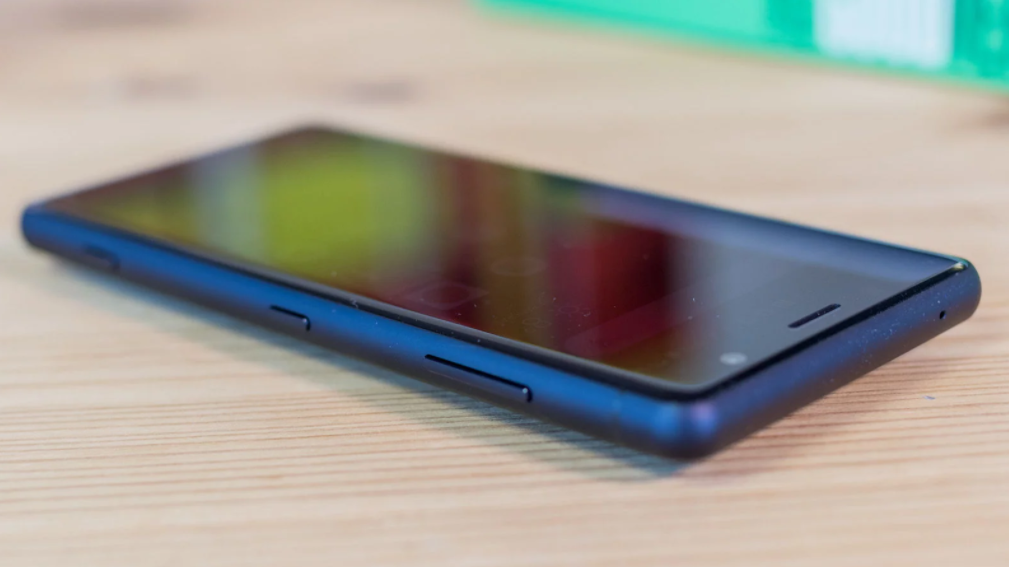 Alongside the XZ2, the XZ2 Compact represents the debut of Sony’s new ‘Ambient Flow’ design philosophy, which is basically just a fancy way of saying that they’re rounded off some of the straight edges for a more curved design compared to most other recent Sony phones.

Sony boasts that this is the world’s most compact phone with a 5in screen, retaining similar proportions to last year’s model despite a big jump up from that phone’s 4.6in display. Despite a compact frame you still get some bezels at the top of the bottom, and there’s even slight bezelling at the sides of the screen – even though Sony eliminated that on its much cheaper Xperia XA2 earlier this year.

Still, at 135x65mm across the front, the phone does feel as comfortable to hold as you’d hope, and it’s welcome to see Sony sticking with its Compact line in an industry where phones seem to be getting larger and larger every year.

Still, it comes at a cost, as Sony seems to have saved space across the display by cramming it all into the back of the device. At 12.1mm thick this is one of the chunkiest phones we’ve tested in a while – it’s actually 1mm thicker than the regular XZ2. The curved back helps keep the phone comfortable to hold, but it’s hard to escape how hefty this thing is for a compact device, which really detracts from the 2018 flagship feeling. At 168g, it also feels dense and heavy.

It’s all housed in an aluminium frame with a hard-coated polycarbonate finish on the rear – a change from the 3D glass back found on the XZ2. There’s a slight sheen to the hardware, but it’s a far cry from the glossy finish on the larger model. 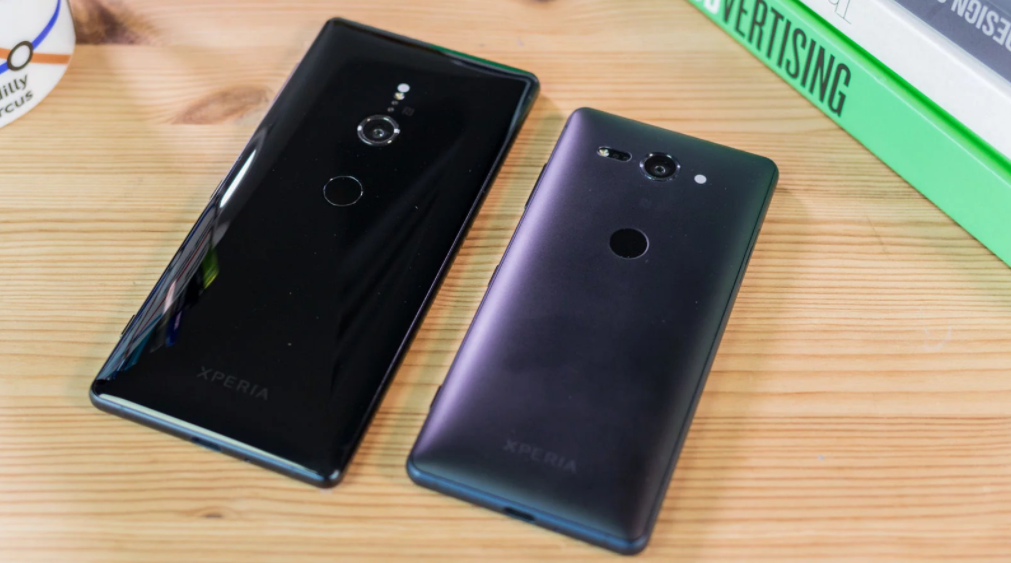 Still, the rest is pretty similar. The display itself is 18:9 – the thinner aspect ratio that’s recently become popular – and you get IP65/68 waterproofing and USB-C charging, though the 3.5mm headphone jack is gone, which is a shame, as Sony was one of the last champions of wired audio in phones.

On the back you’ll find a fingerprint sensor and camera. Their placement is a little odd though. The fingerprint sensor is a good inch or so below the camera lens, almost halfway down the phone’s body, much lower than where your finger (well, mine at least) would naturally rest, forcing you to claw your hand slightly to use the scanner – usually after missing it the first time you try. It’s a small gripe, but one that should have been easy to avoid, making it all the more conspicuous.

The XZ2 Compact will be available in four colours: Black (pictured), White Silver (exclusive to O2), Moss Green (Petrol Blue in the UK), and Coral Pink (pictured) with the pre-installed UI theme colour-coded to match.

The Compact features (mostly) the same specs as the main XZ2, which means you’re getting flagship power in a relatively small size. 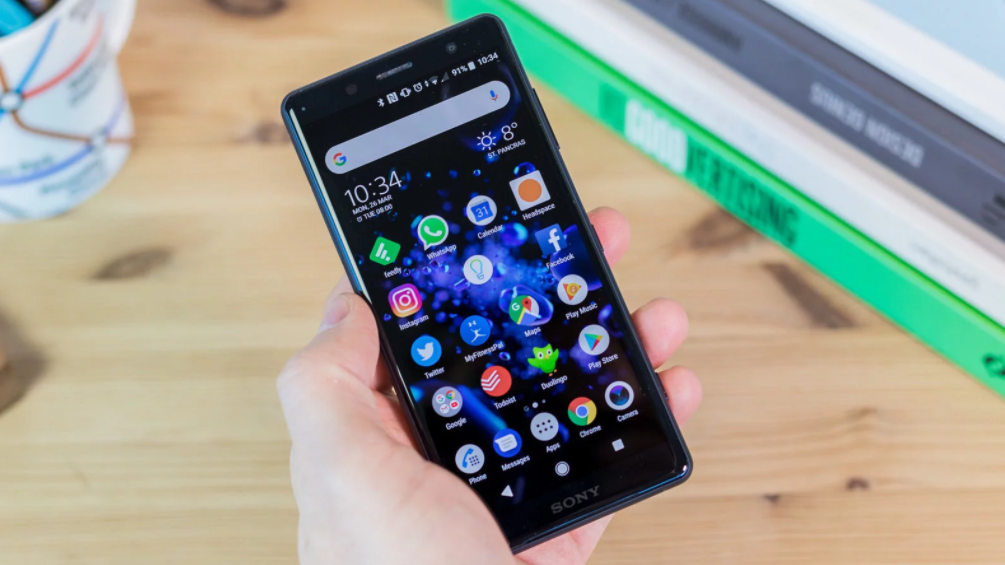 The 5in 18:9 screen offers full HD+ resolution, at 1080×2160, which actually matches the main XZ2, despite the smaller size, meaning you get a much higher pixel density of 483ppi. It’s bright and crisp, and Sony lets you play around with the white balance and colour settings to optimise it to your taste.

The display also supports HDR, which means it’s capable of showing off the full potential of HDR photos and video. Even better, it’s also able to upscale standard content into HDR, whether it’s local or streamed online, so you can get deeper blacks, brighter colours, and more detail from just about any visual content. It’s an impressive effect, that works better than you might expect, so could be a real selling point if you watch a lot of TV or movies on your phone.

The processor is the new Snapdragon 845, Qualcomm’s fastest yet. It’s backed up by 4GB of RAM and 64GB built-in storage, expandable via MicroSD up to another 400GB. Performance is silky smooth across the board, as you’d expect from those specs, which the benchmarks bear out: performance is almost identical to the larger XZ2, and very similar to the Galaxy S9.

The XZ2 Compact boasts mostly the same connectivity features as its larger sibling, with only a couple of differences. The first is that the Compact version only supports Cat 15 LTE, which means 4G downloads up to 800Mbps, rather than the bigger phone’s support for Cat 18 (1.2Gbps), but unless you’re in an area with particularly fast 4G connections, you’re unlikely to notice the difference anyway.

The bigger difference is that the Compact doesn’t support wireless charging, instead using USB-C fast-charging – we managed to top it up to 33% from empty in just half an hour. 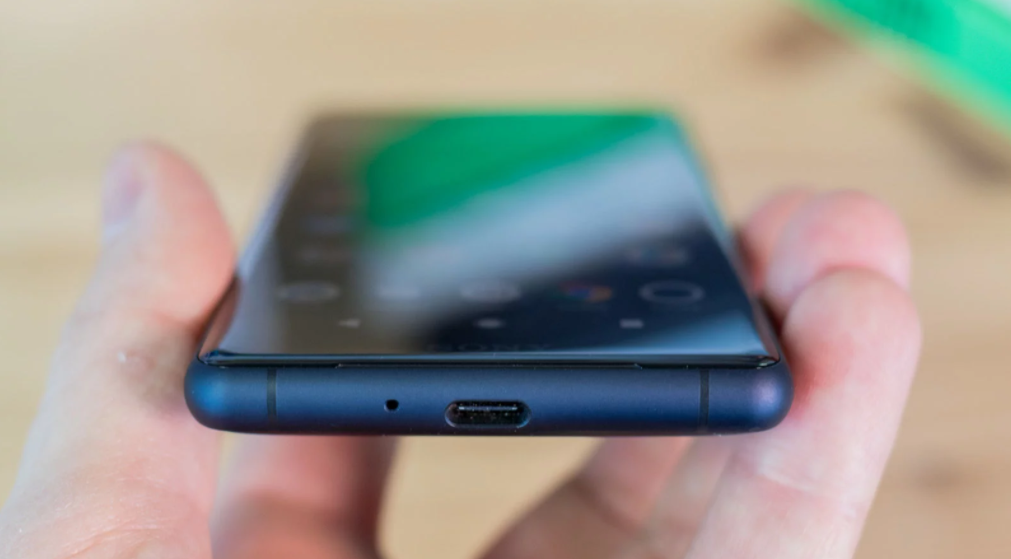 Beyond power, there’s NFC, GPS, and Bluetooth 5.0. As mentioned above, there’s no 3.5mm headphone jack (Sony does supply a USB-C adapter with the phone, along with a pair of wired 3.5mm headphones), but the phone supports high resolution audio, and the stereo speakers are capable of cranking out some serious volume.

The Compact also packs the same 19MP single-lens camera as in the bigger phone. It’s capable of decent photos, but between the single lens design and Sony’s lagging software, photos just can’t match the best phone cameras out there. If you’re confident enough to dive into manual mode and play around with settings you can take some fantastic shots, but if you’re looking for something with a great point-and-click auto mode, there are better phones around than this.

There is one big thing the camera can’t do: portrait mode. The blurred background bokeh effect is one of the big selling points of dual-lens cameras for most, and the XZ2 Compact can’t offer a proper alternative. There is a software-driven bokeh mode tucked away with the AR effects and panorama, but the results aren’t very impressive, with aggressive blurring in some spots and hardly any in others – despite Google proving it can be done to great effect in the Pixel 2.

As for video, both XZ2 models boast the first smartphone cameras capable of recording video in 4K and HDR, and produce admittedly impressive results – though for the average consumer, this is almost certainly camera overkill.

Last year’s super slow motion has also been upgraded, offering the ability to record the same 960fps at a higher 1080p resolution – at least for a few seconds. The default setting is still to shoot in 720p, which nets you six seconds of slow motion at a time (as you can see in our sample video below, courtesy of a Rae Morris gig), but if you up it to 1080p you can only record half that at a time.

That only exacerbates one of the chief problems with the Sony super slow motion, which is that it relies on you hitting the button at the exact right moment to catch what you wanted to – no easy thing. Compare that to the Galaxy S9, which is capped at 720p, but has motion detection software to trigger the slow motion mode at the right moment – we’d take catching the moment at 720p over missing it entirely in 1080p any day.

As for the front camera, that’s 5MP, with an f/2.2 aperture wide-angle lens for group selfies, but now comes with Sony’s 3D face scanning built-in so that you can take 3D models of your own head, in case you ever feel the need. It’s a fun novelty, but tricky to pull off correctly, and the sort of silly effect you’d probably only ever play around with when you’re with friends anyway.

Battery life is another small difference between the two XZ2 models, and unsurprising really, given the size. The battery here is 2870mAh, while the larger phone has 3180mAh. Regardless, the Compact reliably lasted somewhere between one and two days during our testing, which is fairly typical these days, though nothing outstanding.

As we said above, there’s no wireless charging, only USB-C, but you can get a third of the battery back in just 30 minutes, and go from 0 to full in just a few hours.

Before we move onto software, it’s worth noting that there’s one hardware feature you won’t find here that is in the XZ2 proper: the new Dynamic Vibration System. That gives haptic feedback in time with video and audio content – vibrating as an explosion goes off in a film, say – and is a fun novelty, but mere novelty nonetheless. You won’t miss it. 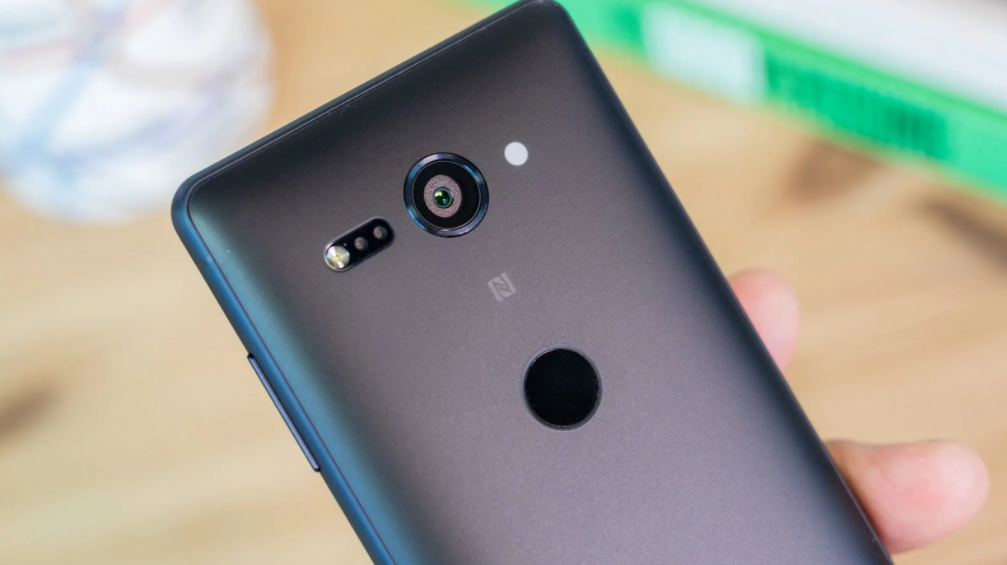 The biggest change is the new Xperia Assist software, designed to help users make the most of their phones. It’s intended to pop up the first time you use any app that could benefit from advanced features – like HDR upscaling – and uses a chatbot UI to explain how it all works.

In practice, it’s not too impressive though. The main chat UI only offers tips on very basic topics – changing your wallpaper or adding apps to your home screen – and we found that most of the time when we tried the phone’s more advanced features, we either missed the Assist alerts, or they didn’t pop up at all.

Beyond that, this is very close to stock Android – though you do have to put up with a few too many pre-installed apps, from Kobo and AVG to four separate Amazon apps, and they can only be disabled, not uninstalled.

The Xperia XZ2 Compact fits almost every major feature from the XZ2 into a smaller frame, offering the best specs you’ll find in a 5in phone right now – at the cost of a slightly chunky rear end. If you don’t mind the bezel-ly design and the lack of wireless charging, you won’t find better performance anywhere near this price point.

Previous ArticleiMac 2018: what we want to see
Next ArticleiOS 11.4 could finally bring Airplay 2 to the world
Comments (0)

Don't miss a deal at Argos
Best offers at Nike DE
Discounts, Sales and Deals at Farfetch
Save your money with Surfdome
Online-Shopping with Newegg
Best products at Adobe
Latest Posts