You’ve got to applaud Sony for keeping small-form-factor smartphones afloat. The Last year’s XZ1 Compact, which appeared at the tail end of 2017, was a dinky 5.2in smartphone that didn’t scrimp on specs. In fact, it was one of the most impressive launches of the year, going toe-to-toe with the £600-ish flagships at a fraction of the price. (Let’s just forget about that naff 3D image scanning tech, eh?)

Now, with MWC 2018 in full swing, a surprise announcement has caught my eye: the Xperia XZ2 Compact is on its way, just six months after the original first appeared on the shelves. Once again, it’s a phone that’s small in size but big on features, with a couple of nifty tricks hidden up its metaphorical sleeves.

As the name suggests, the XZ2 Compact looks just like the regular-sized XZ2, only smaller. With its smoothed corners and sides, and slightly curved rear, it also calls to mind the Nokia 8 and the HTC U11 Plus. It fits snugly in your palm, although it feels a little chunkier than its non-Compact counterpart, and can be picked up in either Black, White Silver, Moss Green or Coral Pink. 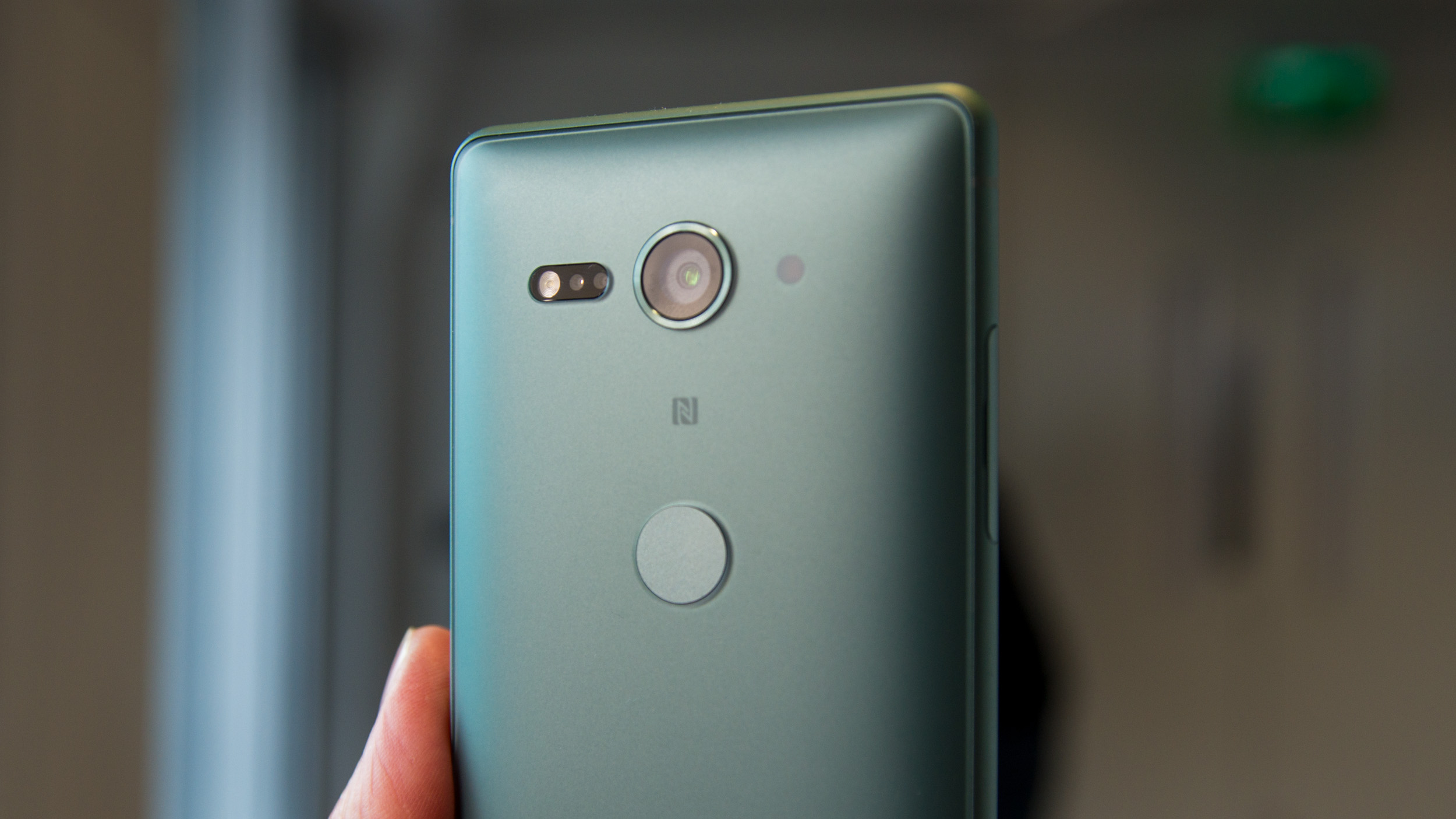 One difference is that the Compact doesn’t have the same reflective glass rear as its XZ2, instead opting for an anti-scratch, polycarbonate coating over its aluminium frame. The front is still protected by Gorilla Glass 5, though, and the phone is IP65/68 dust- and water-resistant. The dedicated camera shutter button makes another appearance on the right edge, but the fingerprint reader, which used to do double duties with the right-side power button, is now on the rear, just below the camera.

Perhaps the most distinctive feature of the XZ2 Compact is its display. This is the first time Sony – or any smartphone manufacturer – has plonked an 18:9 display on a small-form-factor phone, and it works brilliantly. The 5in Full HD+ (2,160 x 1,080) display is comfortably-sized, viewing angles are up to snuff, and while we haven’t yet had a chance to test its performance in detail, our initial impression is that it’s nice and bright. 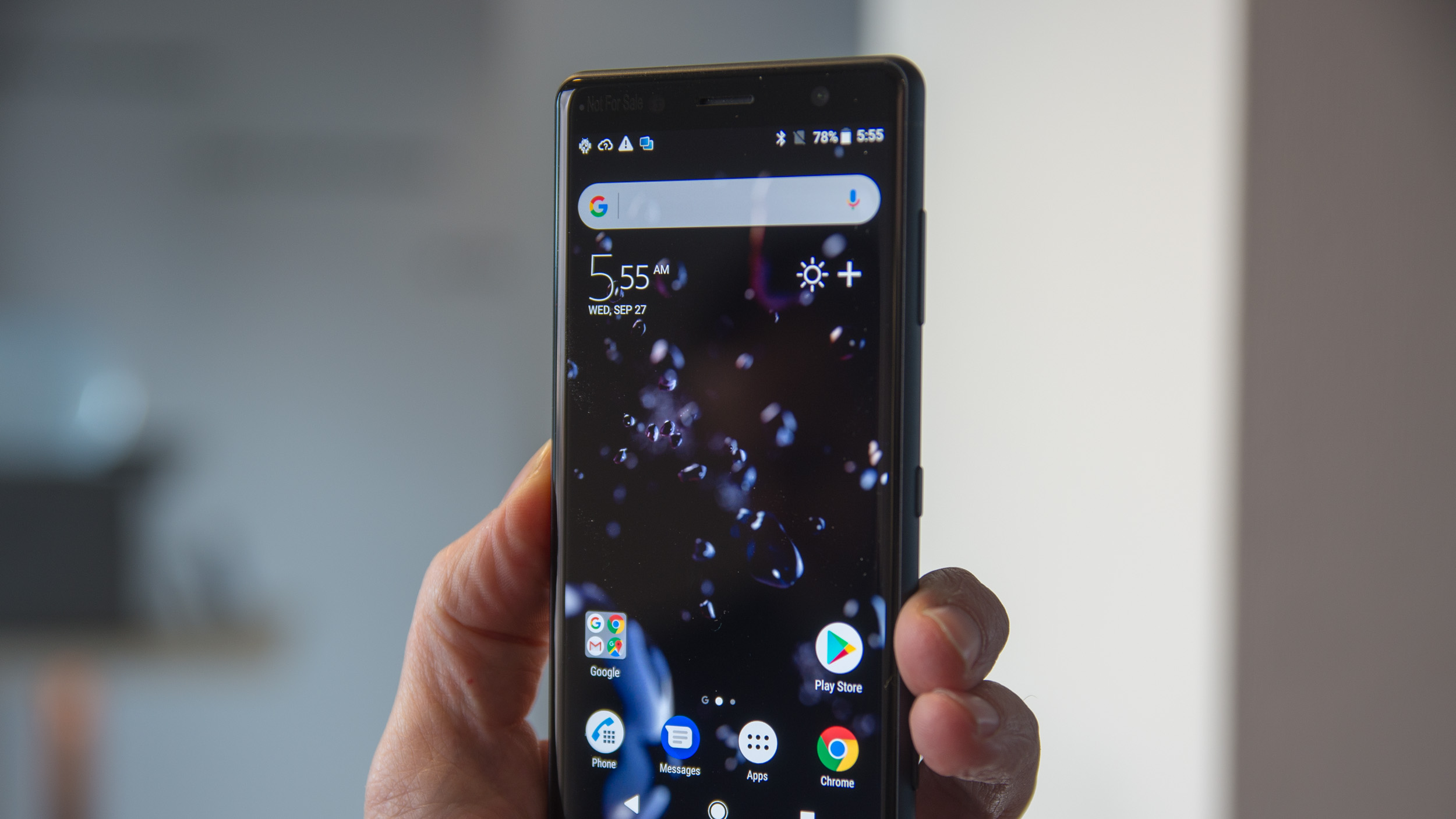 Inside, the XZ2 Compact is powered by Qualcomm’s latest Snapdragon 845 processor – the same chip that you’ll find inside most of 2018’s flagships – supported by 4GB of RAM and 64GB of storage, which is expandable up to 400GB via microSD. Sony claims that both CPU and GPU performance will be 30% faster than on the XZ1 Compact – which means we’re dealing with a jolly speedy phone.

Photography has seen quite an improvement, too. Like its full-sized counterpart, the XZ2 Compact can now record video footage in 4K with HDR processing. Captured footage is smooth and judder-free, thanks to Electronic Image Stabilisation (EIS), and HDR brings out masses of detail.

Likewise, the XZ2 Compact’s 960fps slow-mo mode, which we first saw in last year’s XZ Premium, has seen a slight upgrade. Where it was previously limited to only 720p recording, this second-generation handset can now record super slow-motion footage at Full HD resolution.

The Sony Xperia XZ2 Compact could well be one of the best things to come out of MWC 2018. With a rear camera that’s far more capable of high-quality video capture than its predecessor, a welcome new design, speedier internals and a dominating 18:9 display, it’s a big improvement on what was already a great little smartphone.

The only question – as I mentioned in my XZ2 hands-on review – is whether something even better might be around the corner. Alongside the new XZ2 phones, the company has been showing off new dual-camera tech, which will add better low-light performance to its next generation of smartphones. Great though the XZ2 Compact is, if you’re not in a rush, it could be worth holding fire to see what Sony does next.

Previous ArticleAMD vs Intel: which chipmaker does processors better?
Next ArticleWhat does Fitbit need to succeed?
Comments (0)

Don't miss a deal at Surfdome
Best offers at Marks and Spencer
Discounts, Sales and Deals at Ticketmaster UK
Save your money with Boohoo
Online-Shopping with Microsoft Store
Best products at Vimeo
Latest Posts