Intel vs AMD: which chipmaker does processors better?

There are a lot of moving parts when it comes to PC upkeep. It’s by no means an effortless task, and it only gets more onerous as you consider upgrading the various components. It is by no means an impossible challenge, however, as maintaining a PC comes down to little more than a basic understanding of how one works.

Among the most important parts of a computer is the CPU or the processor. If the motherboard is the PC’s skeleton, the CPU is the brains of the operation. That said, finding the best processor for your needs is made easier once you determine which brand suits you best: are you an AMD or an Intel fan? The answer isn’t as simple as whether you prefer red or blue.

Like the war waging in the graphics cards space between Nvidia and AMD, the CPU market oversees the rivalry of AMD vs Intel. Despite biased hearsay, both company’s chips have their own advantages and shortcomings. For example, while AMD typically has more cores in its processor, the cores that Intel’s CPUs do have are enhanced by hyper-threading

With AMD due for an imminent upgrade, let’s look at how its processors stack up to Intel’s Kaby Lake chips, which power everything from Microsoft’s Surface range to – according to a leaked patent – Intel’s own hybrid contribution. 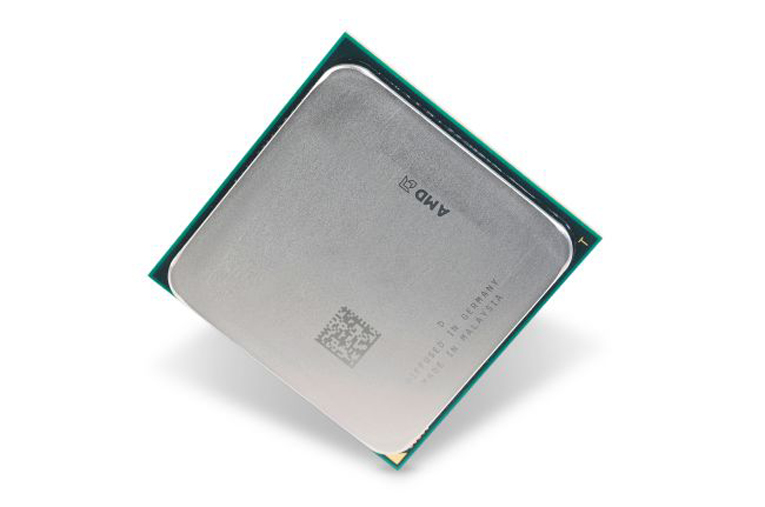 For bargain shoppers on the prowl for the next hottest deal, the most common misconception is that AMD chips are more affordable than those powered by Intel. Truth be told, this is likely because AMD does its best CPU work at the entry-level, offering very few options that can compete with Intel’s more premium lineups.

An Athlon X4 860K, for instance, boasts a 3.7GHz frequency (4.0GHz with Turbo Boost) for only $70 (about £56, AU$94; as of this writing) on Amazon. For a quad-core processor, that’s not a bad deal as long as you aren’t expecting much in terms of integrated graphics performance.

The truth is that both Intel and AMD processors typically retail at about the same price; AMD is only known for being cheaper because its chips aren’t nearly as commonplace once you hit that exorbitant $200 mark.

Being known for cores, AMD will give you more for less, but Intel is notorious for consistently outranking “The Red Team” in many cases due to hyperthreading. Notwithstanding, we’ll gloss over that in the next section.

With that in mind, CPU pricing fluctuates constantly. Wait a few months after launch, and you’ll quickly discover that the Intel Core i7-6800K you were eyeing has dropped well below market value. Still, patience is a virtue easier said than followed – especially when you’re distracted by the prospect of shiny, next-gen processors touching down within a couple months. 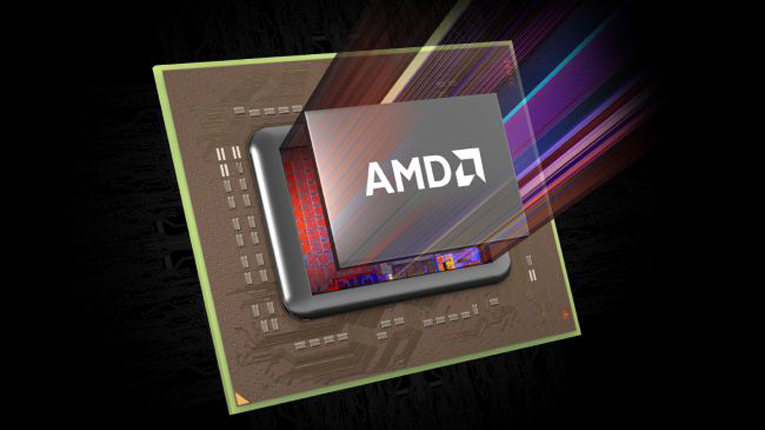 If you want the best of the best performance with little regard for price, then turn your head towards Intel. Not only does the Santa Clara chipmaker rank consistently better in CPU benchmarks, but Intel’s processors draw less heat as well, blessing them with lower TDP (thermal design point) ratings across the board.

Much of this is owed to Intel’s implementation of hyperthreading, which has been incorporated in its CPUs since 2002. Hyperthreading keeps existing cores active rather than letting any of them remain unproductive.

AMD, on the other hand, historically takes pride in its focus on increasing the number of cores in its chips. On paper, this would make AMD’s chips faster than Intel’s, if it weren’t for the hugely negative impact on heat dissipation. This could all change as we near the release of AMD’s Ryzen architecture (previously just Zen), some examples of which bench significantly better than Intel’s finest.

While cooling an Intel processor is a rather straightforward process, because AMD likes to shove as many cores as possible into a single processing unit, its chips tend to run hotter much to the discomfort of affordable cooling solutions. (As a result, you could say this makes AMD chips equally as or more expensive than their Intel counterparts.)

That’s twice the number of cores bolstered by the Core i7-6700K. But, according to PCMark tests conducted over at CPUBoss, Intel’s rigid beast still comes out on top in terms of overall performance.

It’s only a matter of time, though, before Intel and AMD reach some level of parity. In fact, an alleged roadmap has leaked from Chinese website Coolaler (via Digital Trends) suggesting a wide range of Ryzen processors are on the way, featuring processors that are comparable spec-wise to everything up to the i7-6900K. 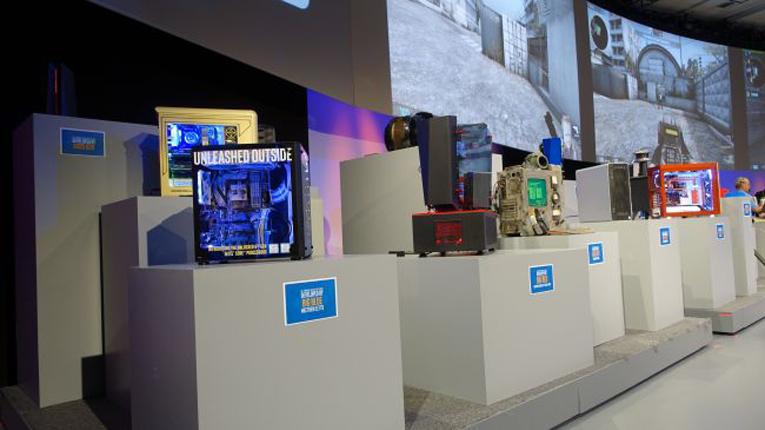 If you’re building a gaming PC, truthfully you should be using a discrete graphics card rather than relying on a CPU’s integrated graphics to run games as demanding as The Witcher 3. Even though we’re finally reaching a point where Intel graphics are powerful enough to run Overwatch without a graphics card, there’s no denying the wide-open space for improvement.

Be that as it may, if all you’re looking to do is play League of Legends at modest settings or relive your childhood with a hard drive full of emulators (it’s okay, we won’t tell), the latest Intel Skylake, imminent Kaby Lake or AMD A-Series APU processors will likely fare just as well as any top-end graphics card.

At one time, for low to mid-tier gaming, AMD’s Radeon chips were far superior to anything offered by Intel. With the arrival of Intel’s Iris Pro graphics, however, that sentiment is becoming more and more refutable. This position is only legitimized by the comparatively lower gaming performance produced by AMD’s leaked Ryzen chips.

On the high end, such as in cases where you’ll be pairing your CPU with a powerful AMD or Nvidia GPU, an Intel processor is the better option. In this case, using an Intel Core i3 or i5 CPU rather than an AMD equivalent can make the difference between 15 and 30 frames per second.

While there is no clear winner in the graphics department, survey says AMD is the better option for integrated graphics (for now), while Intel works best when coupled with a GPU. 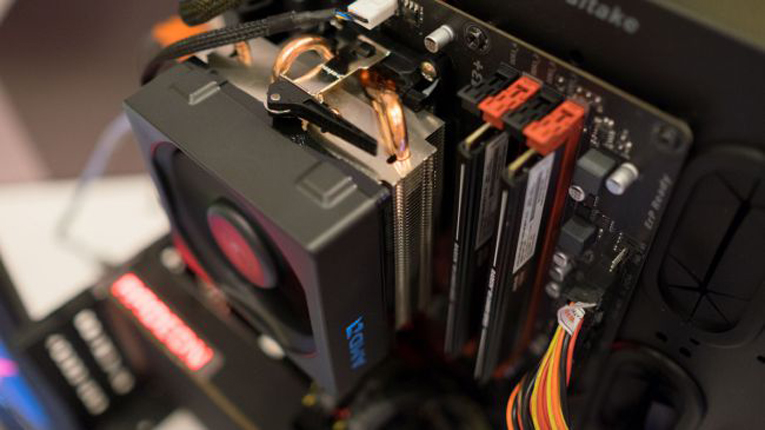 When you buy a new computer or even just a CPU, it’s typically locked at a specific clock speed as indicated on the box. Some processors ship unlocked, allowing for higher clock speeds than recommended by the manufacturer, giving users more control over how they use their components (though, it does require some precautionary expertise).

The unlocked chips Intel does offer, however, are delightfully faster than their AMD counterparts. If you’re shopping on a budget, AMD offers the most bang for your buck in terms of overclocking, assuming you know what you’re doing.

In the case of Intel’s forthcoming Core i7-7700K Kaby Lake processor, that means up to 7GHz, according to HotHardware. Again, if you know what you’re doing. Where money is no object, Intel’s exhibits the best clock speeds around with its unlocked CPUs. 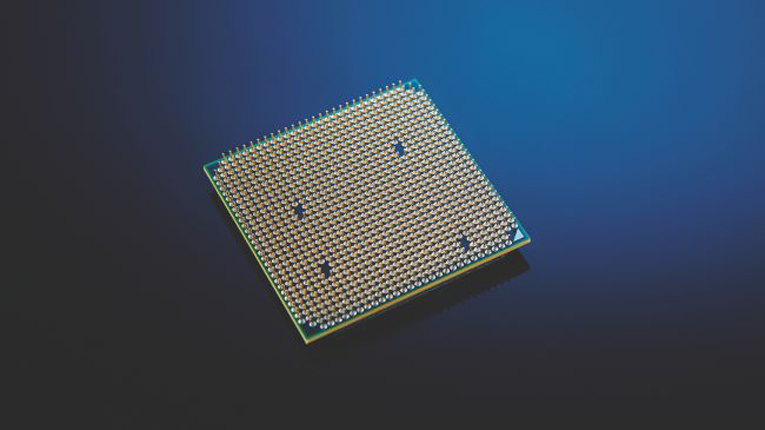 In the end, the biggest problem with AMD processors is the lack of compatibility with other components. Specifically, motherboard (mobo) options are limited as a result of the differing sockets between AMD and Intel chips. While there are plenty of options for both brands of chips, the fact of the matter is there are abundantly more mobo choices with Intel sockets.

With that in mind, AMD’s chips make a little more sense from a hardware design perspective. With an AMD motherboard, rather than having metal connector pins on the CPU socket, you’ll notice those pins are instead on the underside of the CPU itself. As a result, any processor issues you might run into are less likely to be inflicted by the motherboard’s faulty pins. On the downside, replacing a high-end processor is usually a lot harder on your wallet than a shelling out the cash for a new mobo.

Ultimately, deciding on a CPU is up to personal preference. Where an Intel processor shines most when married to one of the best graphics cards, AMD’s chips are surprisingly capable without a discrete GPU. In some cases that’s all you need; in others, not so much.

Which brand of processor works better for you: Intel or AMD? Let us know in the comments below.

Previous ArticlePS4-Exclusive Yakuza 0 Sold Out in India and Nobody Knows Why
Next ArticleHands on: MacBook Pro review
Comments (0)