The Apple iPhone 11 is the biggest beneficiary from Apple’s name change shenanigans this year. Its predecessor, the XR, felt like the odd one out, and with a different camera, screen tech and overall design, those differences were felt in more than just the new name, too.

With the iPhone 11, however, Apple has brought its cheapest iPhone back into the fold with a more sensible name and a design that’s not all that far away from the flagship iPhone 11 Pro and iPhone 11 Pro Max handsets.

Apple iPhone 11 review: What you need to know

In fact, there aren’t many big differences between all three of Apple’s new phones. The iPhone 11 has one fewer camera – it lacks the 2x telephoto of the Pro models – but it has exactly the same primary and ultra-wide cameras.

It doesn’t have a Super Retina XDR display, either – “just” a 6.1in IPS Liquid Retina screen, although it still supports HDR10 and Dolby Vision. And it isn’t quite as water-resistant as the iPhone 11 Pro handsets.

However, you do get a wider choice of colours, with black, green, yellow, purple, red and white versions available. The internals are pretty much exactly the same as its more expensive brethren, too. The iPhone 11 uses the new A13 Bionic chip accompanied by 4GB of RAM – it’s only the storage options that differ.

The key advantage that the iPhone 11 holds is price. At £729 SIM-free for the 64GB model, it’s not only £320 cheaper than the basic iPhone 11 Pro but £70 less than what the iPhone XR launched at last year. A tacit acknowledgement from Apple, perhaps, that it has pushed prices a touch too far.

Even at £729, though, there’s plenty of tough competition around for the iPhone 11 and the sternest comes from Samsung, with the Galaxy S10, which you can get a hold of for around £690. This phone one-ups the iPhone 11 with an extra camera, a more elegant notch-free screen and double the storage.

If you don’t mind missing out on the S10’s telephoto camera, you can choose the Samsung Galaxy S10e, which nets you a saving of around £200 at current prices. You might also consider the OnePlus 7 Pro – a huge phone with three cameras and a super-slick 90Hz display, which starts at £649. That’s soon to be replaced by the OnePlus 7T Pro but that’s not likely to be a huge upgrade. 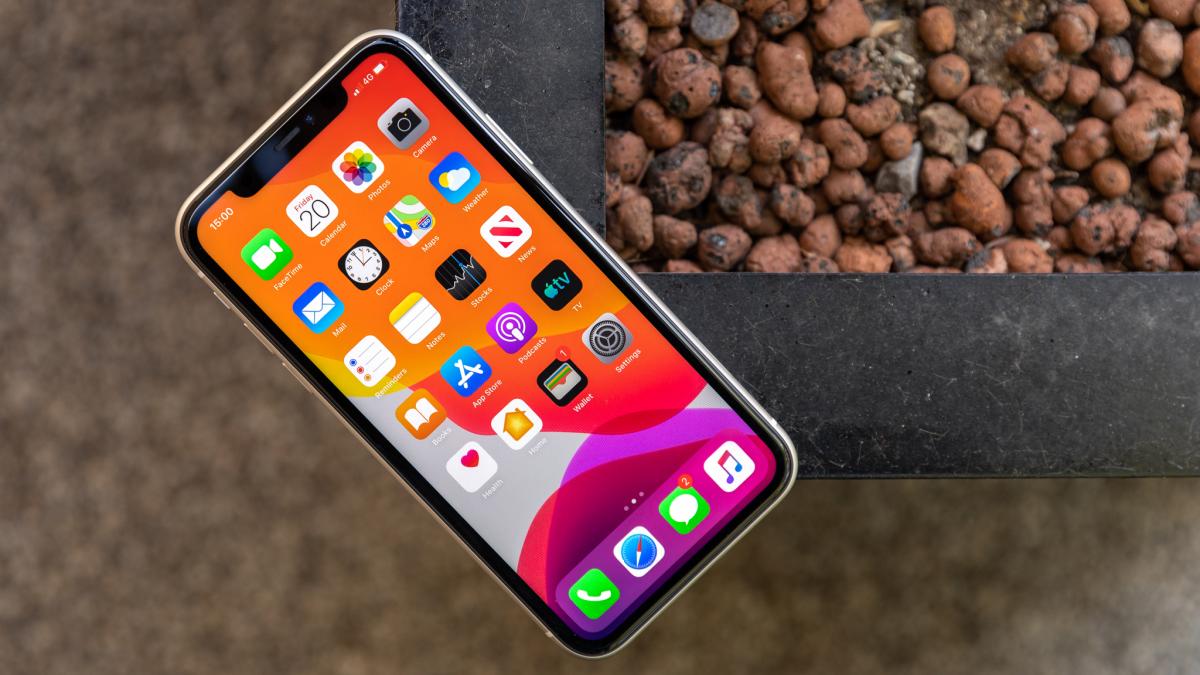 From a distance, the iPhone 11 looks pretty similar to the Pro and Pro Max. It has that same square camera plinth at the rear in the top left corner, and the back is one piece of glass, so there’s no ugly trim surrounding that square.

Like its pricier siblings, the iPhone 11 looks a lot nicer when you get it in your hand than on the billboard ads but it isn’t quite as pretty as the Pro models. The only part that’s matte glass is the camera bump – the rest is finished in bog-standard gloss finish. And instead of a polished stainless steel frame, the 11 has anodised aluminium running around its perimeter.

Like I said, though, the standard iPhone 11 still looks pretty good and, from the front, it’s barely distinguishable. As with last year’s iPhone XR, the black border surrounding the display is a touch thicker than the 11 Pro’s, but the notch is identical (some might say “just as ugly”) as before. The buttons, speaker grille and Lightning charging port are in the same places, too. 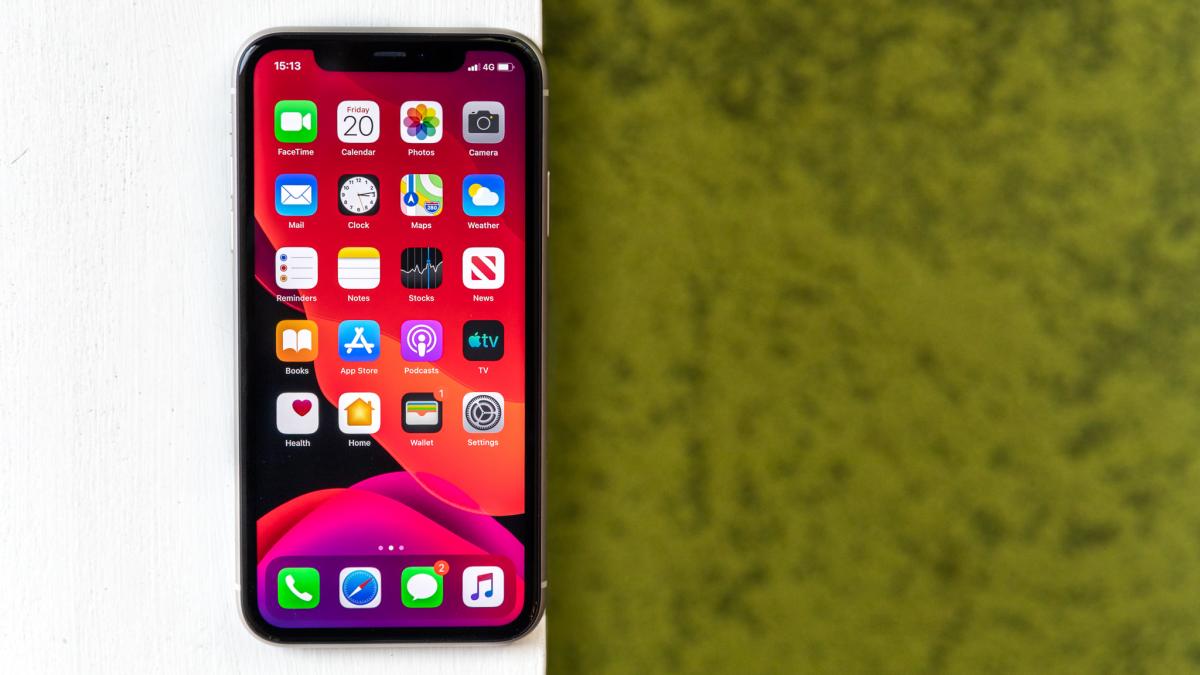 You have to read the technical specifications pretty closely to find out what you’re missing out on with the iPhone 11, although it’s not much. Water-resistance is inferior: you can drop your iPhone 11 up to a depth of two metres for up to 30 minutes, where the iPhone 11 Pro can be submerged up to a positively Cousteau-like four-metre depth for 30 minutes. I’m not sure what advantage the extra depth resistance conveys other than the ability to drop the phone in an Olympic diving pool and have it survive, though.

Along with the lack of a telephoto camera, the display is the biggest point of divergence between Apple’s iPhone 11 and the pricier models. Instead of an OLED display capable of a peak brightness up to 1,200cd/m2 – and effectively perfect contrast – the iPhone 11 has a mere IPS display that can peak at up to 625cd/m2 with a claimed contrast ratio of 1,400:1.

Tested with our X-rite colorimeter, it very much lived up to Apple’s claims, peaking at 567cd/m2 with a contrast ratio of 1,563:1. Colour reproduction was exceptional, too, with highly accurate sRGB gamut performance for web-based images and graphics. 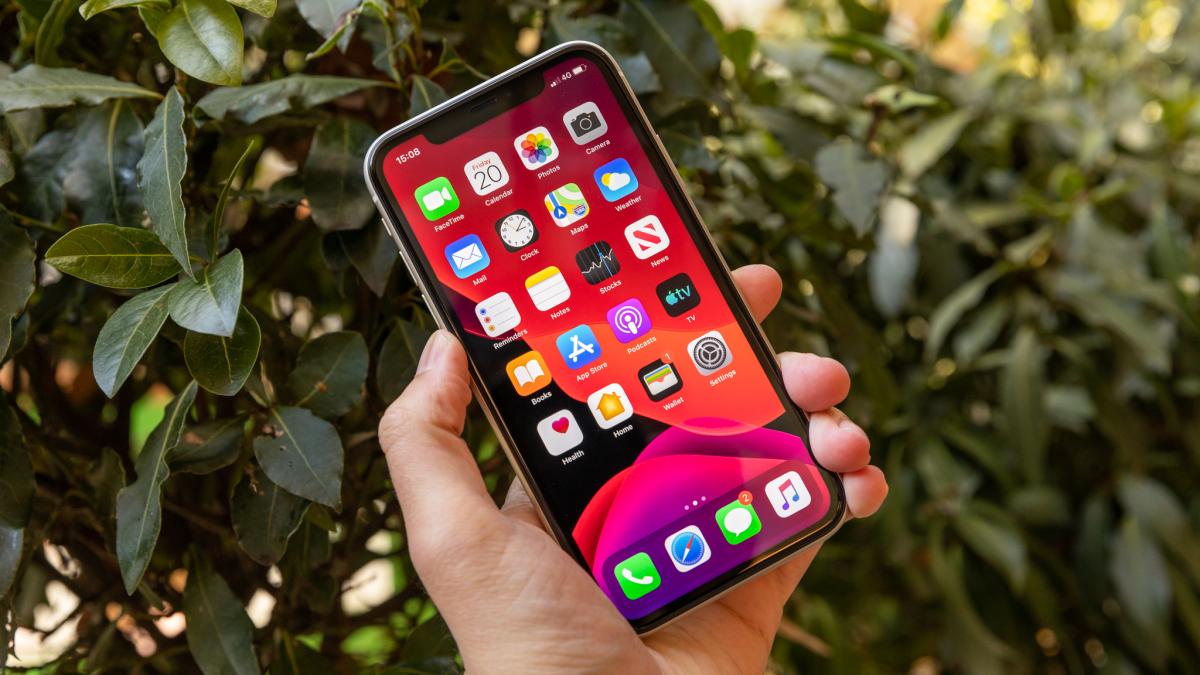 Next to the iPhone 11 Pro, the iPhone 11 takes a noticeable hit to vibrancy and detail when it comes to watching HDR video content. Don’t get me wrong, it’s still very good – as good as the HDR playback on the OLED Huawei P30 Pro to my eyes. Sat next to the iPhone 11 Pro playing the same scene from Netflix’s Marco Polo, however, the iPhone 11 looked flat and lifeless by comparison. The difference isn’t subtle – it’s stark and clearly obvious to anyone who has a pair of working eyes, and isn’t colour blind.

At this point, you could simply stop reading because the display is really the only qualitative difference between the iPhone 11 and the Pro. Performance-wise, it’s just as quick and the cameras that it does have produce images and video that’s just as impressive.

Put into context of its immediate competition, however, the iPhone 11 looks even more impressive than the Pro with better benchmark results across the spectrum than any other smartphone available.

And while you might think such levels of performance in a phone are over the top, remember that there are everyday applications that can take advantage of it. The iPhone’s extended dynamic range 4K video mode, for instance, needs every bit of this horsepower. Impressively, it shoots 4K, fully stabilised, at 120fps, capturing each alternate frame at different exposure levels and combining them for a pseudo-HDR effect at 60fps.

Battery life is reasonably good, too. As you might expect with a larger battery than the Pro (3,110mAh vs 3,046mAh), the iPhone 11 lasts a bit longer, but not by much. In our video rundown test, it ran for about an hour longer, reaching 18hrs 36mins before needing a recharge. That’s a big improvement on the XR, and mirrors the same gains on the 11 Pro as the XR was better than the XS last year.

The iPhone 11 has a brilliant main camera and it’s supplemented by a pretty good ultra-wide-angle camera as well. It’s worth mentioning this again for good measure: it’s the exact same setup as found in the 11 Pro and the 11 Pro Max but without the 2x optical telephoto.

These cameras both deliver 12-megapixel images. The main one has an f/1.8 aperture, phase detect dual-pixel autofocus and optical image stabilisation (OIS). The ultra-wide-angle camera has an f/2.4 aperture and a field of view equivalent to a 13mm full-frame lens.

Both are capable of capturing fully stabilised 4K video at 60fps and, as described above, the A13 Bionic chip now allows the iPhone’s extended dynamic range mode to be used at 4K 60fps, too, where before it was limited to 30fps.

The long and short of it is that the cameras on the iPhone 11 are very, very good. The new night mode beats anything any rival can muster – not even the Google Pixel 3 and 3XL come close. This might change once the Pixel 4 arrives in mid-October, but Google is going to have to go some way to beat it.

Here’s a small handful of comparison images, showing there’s absolutely no difference between the iPhone 11 and 11 Pro. (If you want to see how much better the 11 is than the Pixel 3XL, check out the camera section of my iPhone 11 Pro review.)

It’s a similar story for video, although you do need to take some of Apple’s marketing wheezes with a hefty pinch of salt. While zooming in, video is smoother than on any other smartphone I’ve used but it’s been that way on iPhones for a while now. The difference between the 11 and 11 Pro is that you can enable in-zoom lens switching in 4K 60fps video. On the XR and XS, you could only enable this up to 4K 30fps.
Once you do this, though, you will see a small jump when transitioning from one camera to the next – from 0.9x to 1x zoom and back again – and you’ll also see a noticeable difference in quality between the two cameras. Again, this isn’t a problem for Apple, per se, particularly in comparison to other smartphones whose video zooms are significantly more steppy than the one on the iPhone 11 models. 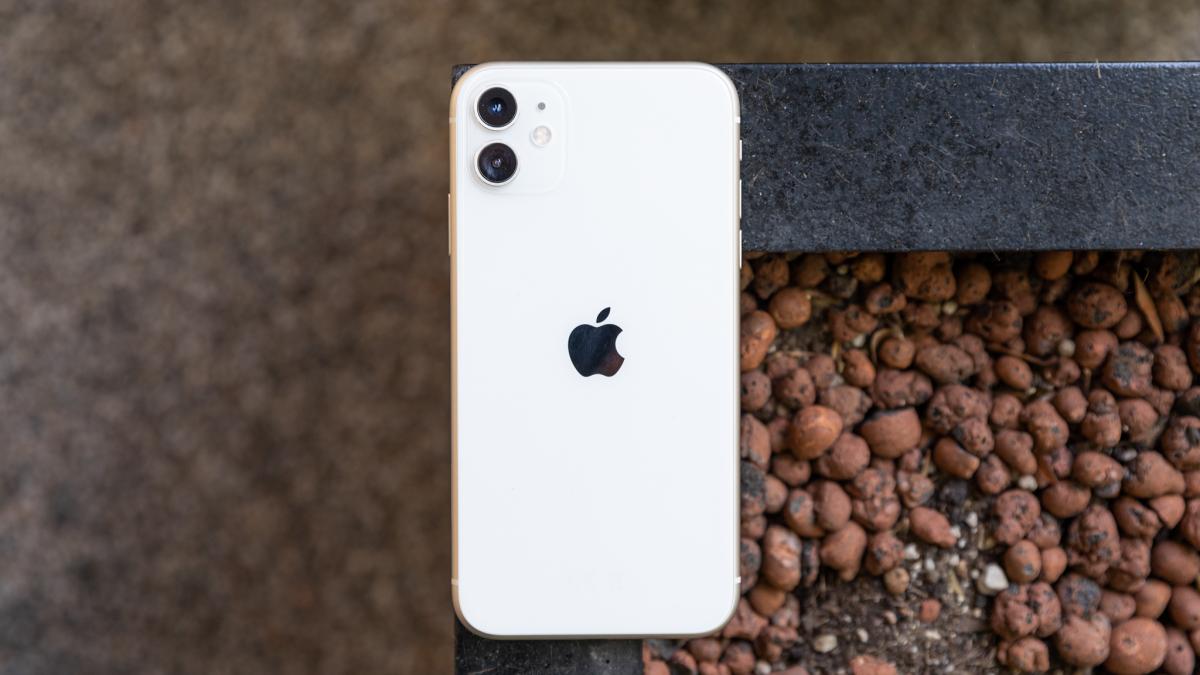 And it’s not just the image quality that has been improved with the iPhone 11. As part of the update to iOS 13, the camera UI has also been updated. There’s a new zoom wheel, some of the core options (flash, Live Photo, timer, filter effects) have been moved and are now accessed by swiping up on the mode switcher, and you now get a preview of the ultra-wide angle view to the left and right of the main preview window. You can also have the camera capture images from both ultra-wide and primary cameras simultaneously, giving you the chance to recompose in the revamped Photos app post-capture.

You’ve probably worked out by now that the Apple iPhone 11 is a pretty good phone and, while there are distinct differences between it and the iPhone 11 Pro – the display isn’t anywhere near as good, it doesn’t look quite as nice, isn’t as waterproof and lacks the telephoto camera.

But £729 for this isn’t half bad for an Apple phone and there’s certainly far less of the “ouch” factor of the £1,000-plus Pro models. Yes, while you certainly can buy an Android phone that can do most of what this can with better battery life and more cameras for the same or less, the iPhone 11 still holds its own when it comes to outright performance and camera quality.

Indeed, I can see the iPhone 11 giving Apple’s smartphone sales a significant shot in the arm this year. It’s miles better than the iPhone XR and not massively more expensive, even now that Apple has reduced the price to £629.

Previous ArticleSurface Studio 3: what we want to see
Next ArticleSwitch Lite added to class action lawsuit over controller drift
Comments (0)