IFA 2017 means new gadgets and you can rely on Sony to bring a fair few to the party. This year is no exception and there are three new Xperia phones to tempt you with. Here’s our Sony Xperia XZ1 review.

Since ditching its conventional naming system, the last being the Xperia Z5, Sony’s range needs a bit of explaining. The XZ is now the top tier but this new model is no replacement for the XZ Premium. Instead, the XZ1 is the 12-month refresh for the XZ so is slightly lower down in the pecking order.

There’s also a new Xperia XZ1 Compact for those who want a smaller phone but with high-end specs. The ‘super mid-tier’ has a new entry in the form of the Xperia XA1 Plus.

TheSony Xperia XZ1 is already available to pre-order via Carphone Warehouse at £599 with an estimated date of 22 Septmber which is a bit later than planned. That should still make it the first phone to come with Android Oreo out of the box, though.

Sony’s official online store says ‘end of September’ which is strange but has the same £599 price tag. You can also pre-order from Amazon with a date of 1 October and wherever you go, you can claim a free pair of headphones as long as order before 21 September.

From that perspective, the XZ1 is pretty cheap but also consider that phones like the OnePlus 5 and Honor 9 cost £449 and £379 respectively which is great value for money. 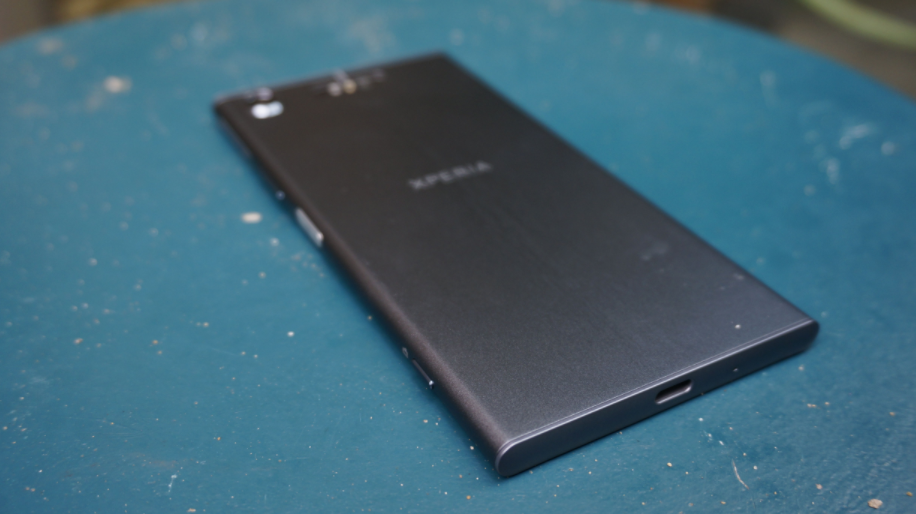 Over the years, Sony has developed a style of smartphone design that’s instantly recognisable. Xperia devices have a distinctive character which helps somewhat in the crowded market.

The Xperia XZ1 is certainly no departure from what we’ve seen before. It is a continuation of it which has pros and cons.

We like the ‘Loop Surface’ design which incorporates a metal uni-body chassis and a Gorilla Glass 5 front. Overall, the phone looks like its predecessor but with small improvements so the metal rear cover gets rid of the slightly ugly strip along the bottom of the XZ.

Sony says the tweaked design is especially strong and is anti-twist and anti-bend. It’s certainly solid and survived a small accidental drop onto a kitchen floor with no signs of damage. We did drop it because the device is a bit slippery though.

As you would expect Sony continues to offer waterproofing so the XZ1 is IP65/68 rated so it’s fully dunkable in fresh water. There’s also a fingerprint scanner neatly engineered into the power button on the side – impressive when the phone is just 7.4mm thick. 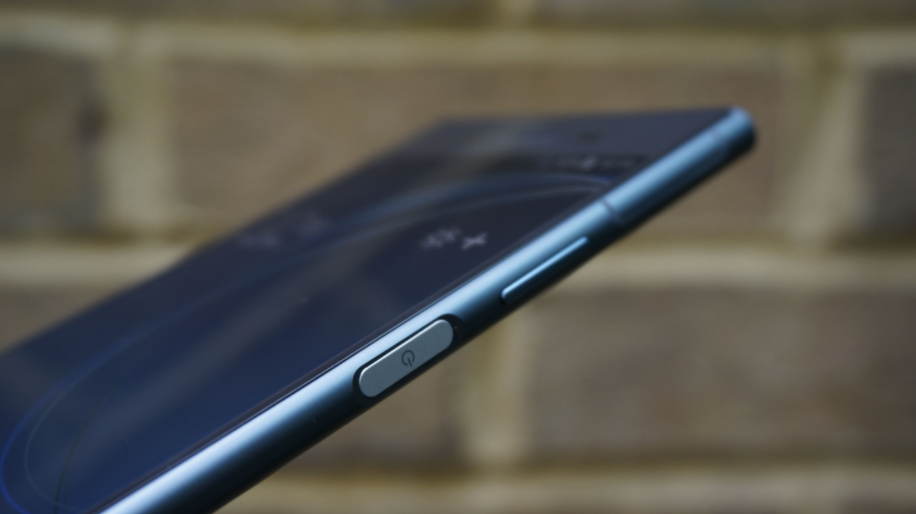 We did mention there are cons and that’s when it comes to the bezels. With the tiny bezels on offer with the Samsung Galaxy S8 and LG G6, Sony’s screen-to-body ratio looks even worse than normal.

The XZ1 is quite a big device for a phone with a 5.2in screen so the style looks dated and doesn’t exactly make it appear to be a brand new device.

The Xperia XZ1 will be available in a range of colours including Black, Moonlit Blue, Venus Pink and Warm Silver.

While the design is pretty similar to last year’s model, the XZ1 has a number of upgrades in the hardware department to bring it up to date.

The screen remains at 5.2in so it’s a smaller option compared to the XZ Premium. The resolution is also Full HD which Sony is sticking to on most phones to help with battery life.

However, the XZ1’s display supports HDR (High Dynamic Range) for improved elements like colour and contrast. It can look a bit over the top at times but is generally well regarded.

The issue, as usual, is that you need to be watching HDR content to take advantage of the technology and there’s still not a huge amount available. That said, Sony said that Netflix HDR content will be available on the device at launch.

That’s on top of Amazon Prime Video which was previously the only way to watch HDR content.

There’s nothing wrong with the screen at all, but phone like the Galaxy S8 and LG G6 make it look very dated. And you can get cheaper phones with decent displays such as the OnePlus 5. 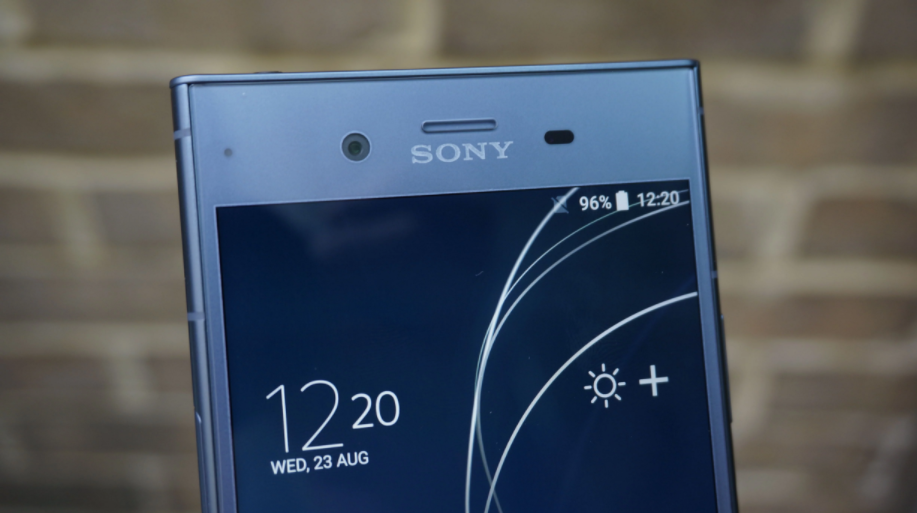 A 12-month refresh wouldn’t really be a refresh without some new internal components and the headline here is that the Xperia XZ1 is powered by the Qualcomm Snapdragon 835, the firm’s flagship mobile platform.

That’s the same as the XZ Premium and other top-end phones such as the brand new Samsung Galaxy Note 8 (in some markets). Sony is offering one of the cheapest phones with the 835 in the XZ1 and XZ1 Compact, but the OnePlus 5 is the sting in the tail here.

There’s 4GB of RAM and 64GB of storage which is double its predecessor and matches the XZ Premium. Sony faithfully offers expandable storage in the form of a microSD card slot so you can add more anyway.

In day-to-day usage, the XZ1 feels smooth as we’d expect from a high-end phone in 2017. It did, however, lag quite badly when using the new 3D Creator app on a couple of occasions.

Sony doesn’t go down the route Samsung takes by adding features such as a heart rate monitor and iris scanner. Instead, it focuses on audio like HTC does.

To that end, the Xperia XZ1 has front facing stereo speakers with more sound pressure than any phone Sony has made before. It sounds really good and is just as good, if not better, than budget Bluetooth speakers.

Other features include Hi-Res audio support, an LDAC, Qualcomm aptX Bluetooth and DSEE HX with DNC which will essentially upscale compressed files like mp3 to provide better quality.

There is, of course, a headphone jack and Sony has even made some new headphones to compliment the phone with harmonised colours.

Audio, then, is a big plus point for the Xperia XZ1 if that’s your thing. 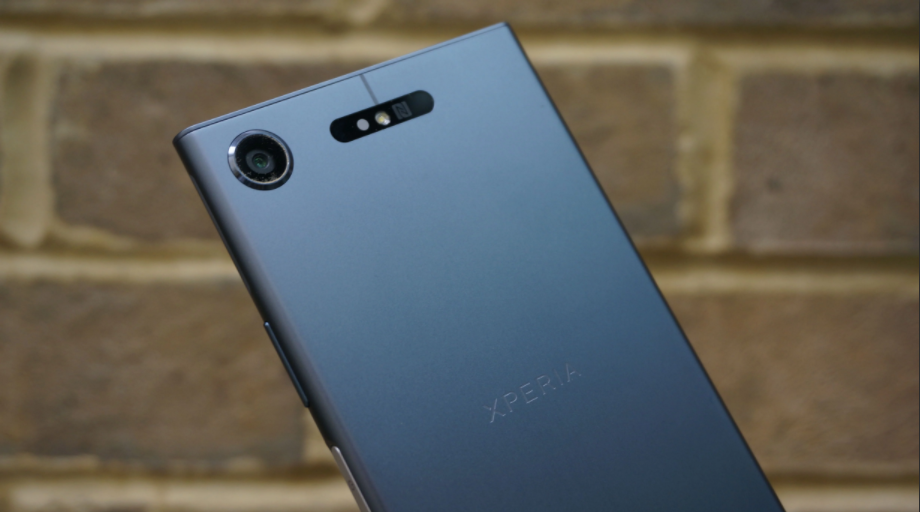 Photography remains a key area for Sony when it comes to selling phones and we’re pleased to see the physical camera/shutter button lives on.

The resolution might have dropped from 23- to 19Mp but overall the camera is an improvement as shown in the XZ Premium. Larger pixels mean better low light performance, for example.

What’s good to see is that the XZ1 gets features from the XZ Premium as well as some new ones.

Users will be able to make use of the 960fps super slow motion mode without splashing out on the Premium. It’s the highest framerate on any phone, but you can only record at that rate for one second so for certain things it can be very hard to catch the moment.

Other neat features include Predictive Capture which will take some photos before you hit the button so you don’t miss an important moment and Smile Shutter which will automatically capture when it detects someone is smiling.

Autofocus burst mode is perhaps the most impressive as it can shoot 10 photos per second all while focusing on a moving subject. You can shoot for up to 10 seconds simply by holding the button down and select what frames you want to keep or even make a short video clip from them. 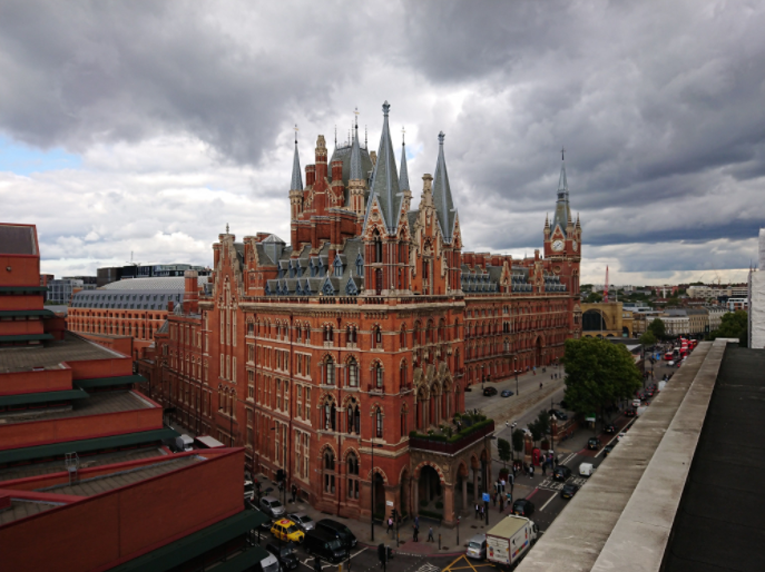 One of the main new elements Sony is shouting about, though, is 3D scanning. There’s no technical hardware wizardry going on but a pre-loaded 3D Creator app means you can scan things like people heads or inanimate objects with the camera.

You can then share these scans online, although users will have to view them on a web page rather than natively on social media sites like Facebook, set them as a live wallpaper or even order them to be printed into a 3D model by a third party.

It’s sort of impressive and certainly can provide a bit of fun but we can’t imagine anyone using it more than a handful of times just for a laugh or pure intrigue. 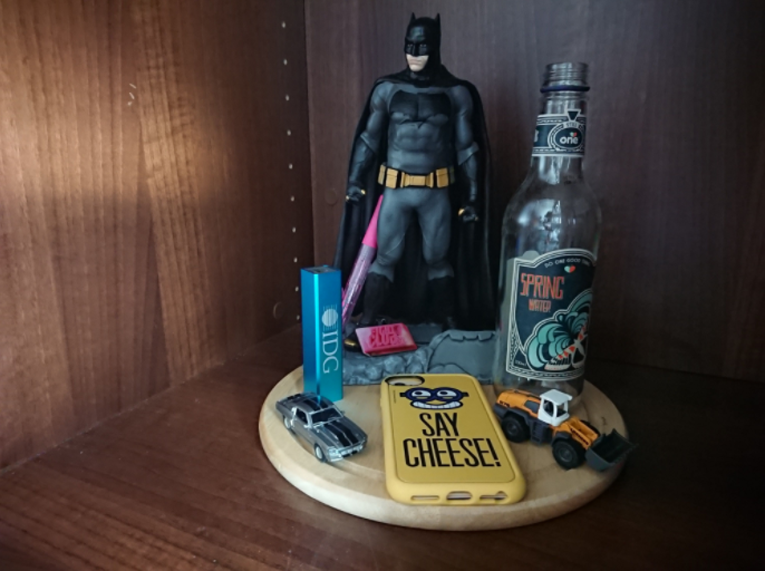 Gimmicks aside, the camera is solid as we’ve come to expect from Sony. It doesn’t have the lure of a second lens and sadly doesn’t have optical image stabilisation either, but is capable of taking good quality photos and video anyway.

At the front remains a 13Mp camera for all those selfies and is also a reliable.

Following in Samsung’s footsteps with the Note 8, Sony has dropped the battery capacity from 2900- to 2700mAh for the Xperia XZ1.

Even so, Sony promises all day battery life for the lifespan of the phone. There’s no wireless charging so you’ll have to make do with USB-C including Qualcomm Quick Charge 3.0.

We can’t test the lifetime element of the promise but we have found battery life to be pretty solid during testing. The Xperia XZ1 will last all day unless you’re hammering it with intensive tasks like gaming for extended periods.

Unlike the Note 8, the Xperia XZ1 will be one of the first phones to ship with Android Oreo pre-loaded. It seems it will indeed be the first, even beating Google to market ahead of the Pixel 2.

On the surface, there’s not a lot that is different compared to Nougat and that’s partly because Oreo isn’t a major new version of the mobile operating system.

Perhaps the bigger lure when it comes to software is Sony’s own apps such as Walkman and PS4 Remote Play, which add value, especially for those with a PlayStation.

There are still too many pre-loaded apps such as a trio from Amazon, Kobo and AVG. These can be disabled but not uninstalled which is a shame.

There’s no single flaw in the Sony Xperia XZ1 and while it has some decent specs including good audio features and a good camera, it struggles to stand out in a busy market. Phones like the Galaxy S8 and LG G6 make this newer phone look dated and devices like the OnePlus 5 are better at a lower price point.

Don't miss a deal at Ancestry
Best offers at Mobiles
Discounts, Sales and Deals at Virgin Media
Save your money with Adobe
Online-Shopping with Groupon
Best products at Bodybuilding
Latest Posts