The Sony Xperia XA2 is the latest in a long line of Sony phones I’ve reviewed since joining Alphr and, in looking it up for this article, that includes a couple I don’t even remember holding. The weird string of numbers and letters, the familiar angular shape, the reliable (but often overpriced) devices and the inevitable conclusion that “it’s alright, but you’re probably better off buying the cheaper/better X, Y or Z” mean that few have stood out.

Th XA2, however, is the first Sony device since the charming Xperia Z5 Compact that I’ve actually kept using for a while after the review has been filed and published. It’s a nippy, smart-looking phone and, unusually for a mid-range Sony device, entirely reasonably priced.

This feels like Sony taking the midrange market seriously and, given how competitive things are at the top end right now, where the company insists that its 4K magic beans may one day grow into something to rival a Samsung, that might just be a masterstroke. 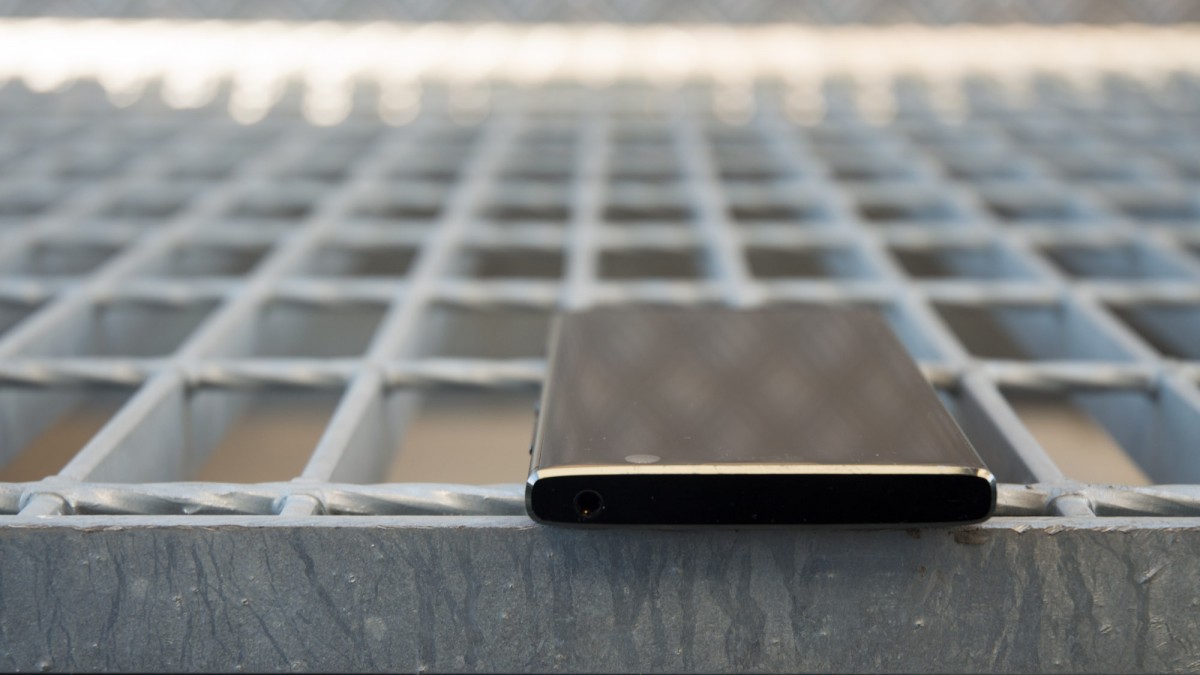 If you’ve seen any Sony phone in the last three or four years, you know what to expect, because on design it has barely moved. The sides are slightly more rounded this time around but it’s still angular – closer to a brick than many modern phones but a rather sleek, thin brick. It can feel a little pointy in the hand or pocket but not as much as the larger XA2 Ultra or older Sony models for that matter.

Despite the angles, it looks premium, just a touch more austere and – dare I say it – business-like than rivals at this price. If there’s one big positive to take from Sony’s rigid consistency of style, it’s that there’s not much to separate this from the more expensive XZ models from the outside. The fingerprint sensor has been moved to a slightly less useful position (it’s on the backplate, rather than the side) but you’d have to be a real smartphone obsessive to spot that from 20 paces.

The bezel tops and tails the screen but, to the left and right, the screen stretches most of the way to the edges. USB Type-C charging is here, of course, as is a 3.5mm headphone jack. There’s also room for microSD card expansion, although bafflingly you mount the card in a fiddly, spring-lock slot rather than a tray, despite it sitting under the same cover as the tray-based SIM card. 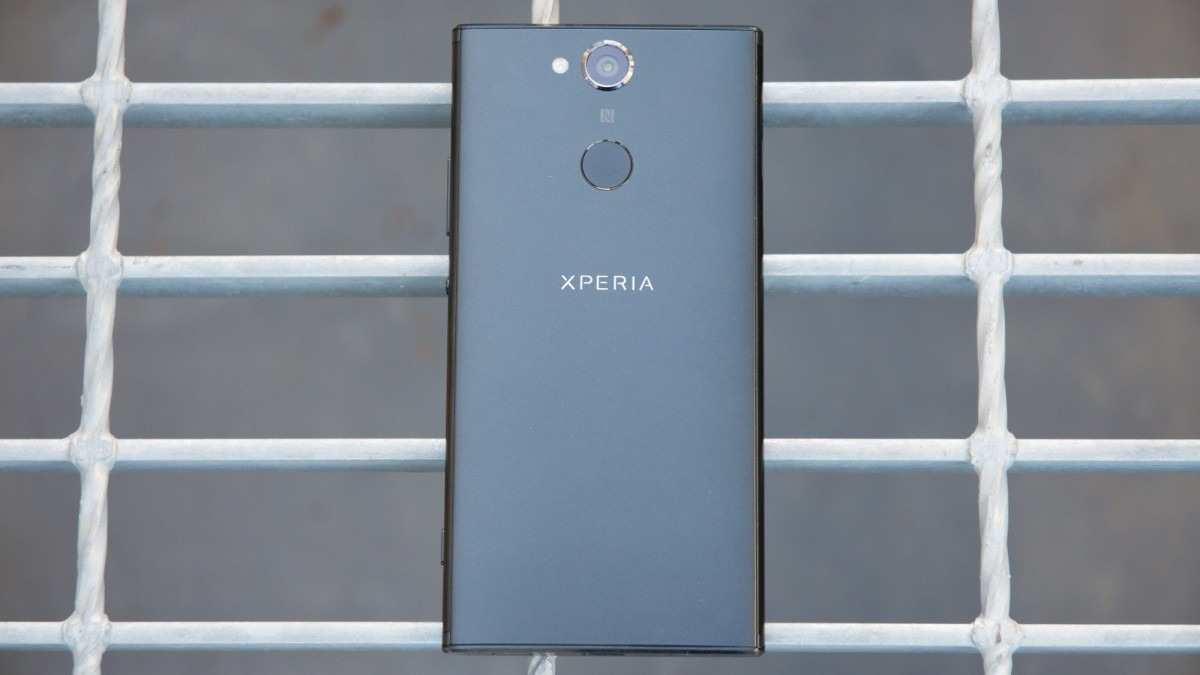 You might think this makes it easier to access your microSD card, but no – remove the cover, and your SIM card comes out too and, this being a Sony phone, that causes your phone to restart. Still, this is only a minor inconvenience, so it’s hardly the end of the world.

One other (very minor) issue I have with the design is the speaker grate at the top, which is deep but thin. The thinness makes it almost invisible, were it not for the grit and muck it seems to attract. And because it’s so thin, it’s quite hard to keep clean. 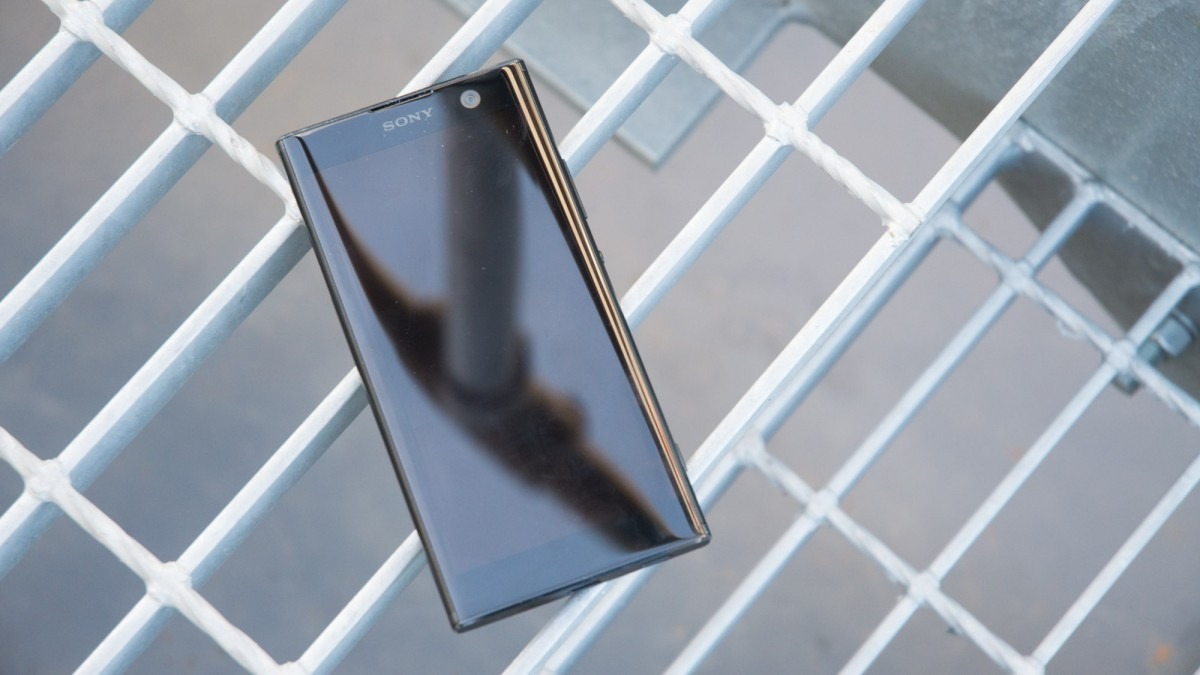 If you’ve been enviously looking at those new-fangled 18:9 screens, then you’ll want to look elsewhere (may I suggest the Honor 7X, which has this in the same price bracket). If you’re happy with the classic 1080p 16:9 display then the Xperia XA2 is a very solid performer.

The phone is only 5.2in in size, which would have sounded gigantic a few years ago but time waits for no handset, meaning that 1080p is ample. Seriously, it’s fine. Unless you plan to dig deep into VR you won’t notice the difference between this and something with many more pixels. I wouldn’t normally hammer this point quite so aggressively, but there’s a chance someone from Sony will be reading and I want to emphasise that their pursuit of 4K on small screens is utterly pointless.

Anyway, you’re a sensible type so you know that a good screen comes down to three things: sRGB coverage, brightness and contrast. And on every metric, the XA2 punches well above its £300 weight. With the default “Super Vivid” display mode engaged, 96.5% of the sRGB colour spectrum is covered, with a respectable contrast of 1,167:1. A peak brightness of 507cd/m2 means it’s also perfectly readable on a sunny day and that’s really all you can ask for.

Compared with the aforementioned Honor 7X, it’s considerably more vibrant but has less contrast. You can pick which is more important to you, but personally, I’d back the Xperia, all else being equal.

Which of course, it isn’t. 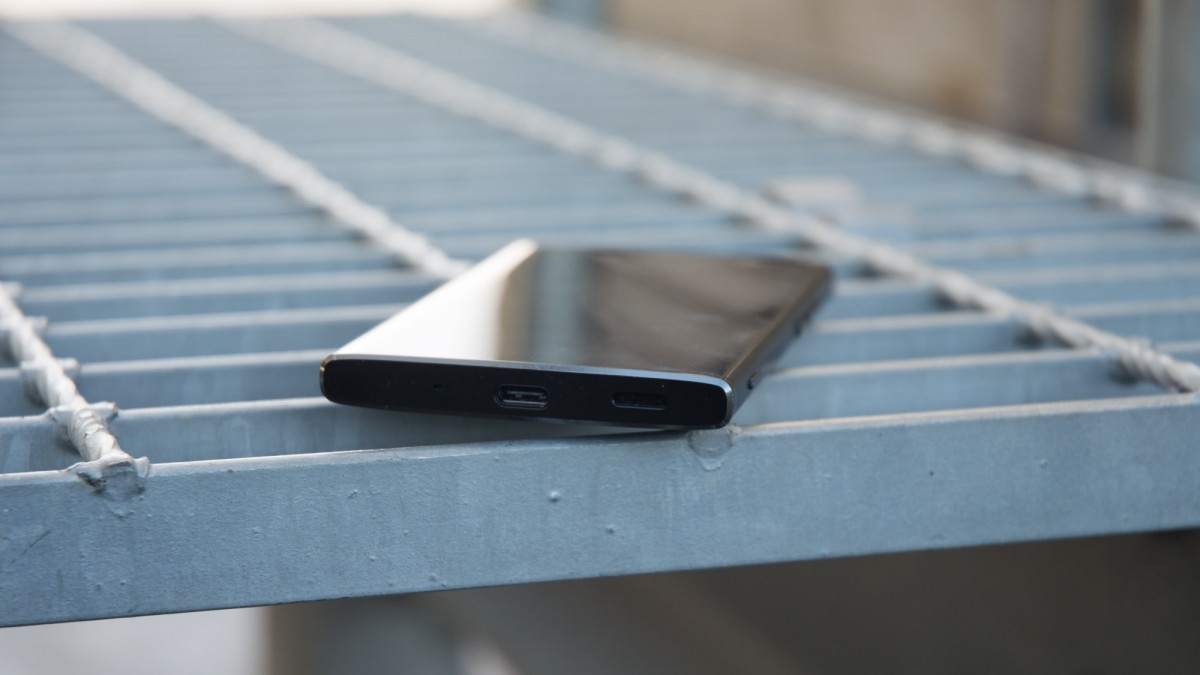 You don’t get world-beating performance for £300 but most people will find the Sony Xperia XA2 perfectly acceptable for everyday use. It’s powered by Qualcomm’s latest mid-range processor: a 1.95GHz octa-core Snapdragon 635 backed up by 3GB RAM and 32GB of onboard storage.

That puts Sony in uncharted waters: being the value option in a smartphone league table, seemingly striking the right balance between price and performance.

Still, this isn’t the phone for you if you want to play the latest intensive mobile games. While the likes of Words with Friends and Candy Crush Saga will perform without any hiccups, you’ll find it struggles with Asphalt or Modern Combat 5. Likewise, performance is fine with normal use, but try and multitask too much and things will take a hit. But again: what do you expect for a £300 smartphone?

Battery life is pretty impressive and, while it managed a decent 14 hours and 27 minutes in our standard looped video battery test in flight mode with the screen set to a brightness of 170cd/m2, anecdotally this is a phone that will comfortably make it through two days with careful use. At the time of writing, ten hours and 40 minutes since the last full charge, my handset has 67% of its life left and, at current usage, the phone’s power management app reckons it should last me a further 22 hours.

There is, however, one small blot on the Xperia XA2’s copybook: it has an awful lot of nonsense installed by default. To be clear, none of this is compulsory and it can all be uninstalled but the company must know that bundling both Kobo and Amazon Kindle on the phone by default is overkill and that a few notifications of offers from Xperia Lounge is all anybody can really take before killing it with fire. 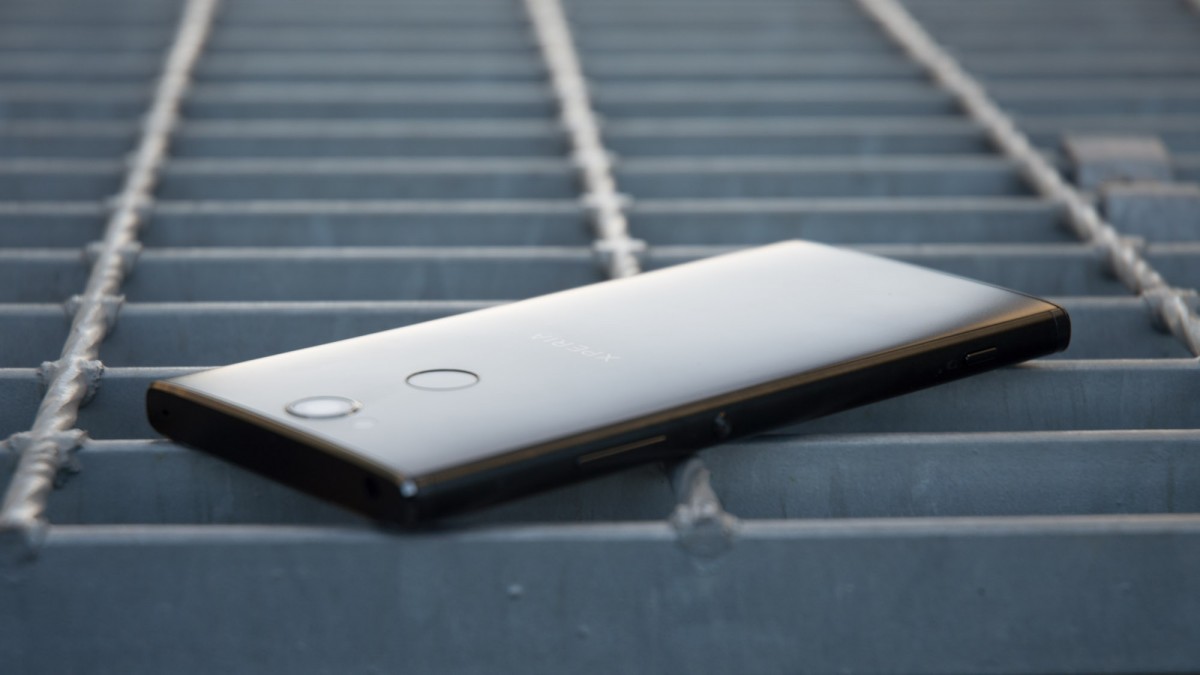 Cameras are often the weak spot in mid range cameras, with manufacturers choosing to bamboozle with big megapixel numbers, rather than providing good performance. And an f/2.0 23-megapixel rear snapper might make you think Sony has done the same. Fortunately, this isn’t the case.

The main camera features a 1/2.3in sensor, phase-detect autofocus and a single-colour LED flash and the results are very nice indeed – at least in well-lit, outdoor conditions. As you can see from the picture below, both the wispy cloud and brickwork are picked up with excellent fidelity. 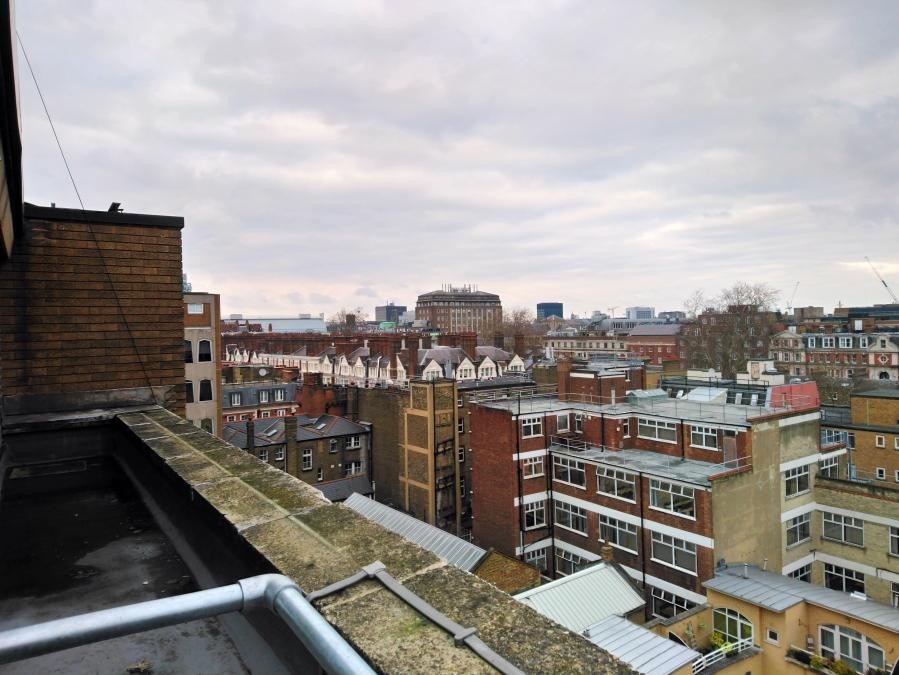 In low light it’s another story, with compression artefacts and chroma noise emerging but, given many phone cameras struggle with these problems to some degree, it’s hardly surprising the Sony Xperia XA2 isn’t flawless here.

As for video, the XA2 is able to record 4K video at up to 30fps but that’s not immediately obvious. Bizarrely, the 4K mode is hived off in the creative modes part of the camera app. That’s the first issue. The next is that you can’t shoot 1080p at 60fps with Sony’s superb SteadyCam image stabilisation enabled. That drops the frame rate to 30fps and the same holds true for HDR recording. Again, fine for most people – especially at this price – but slightly disappointing. 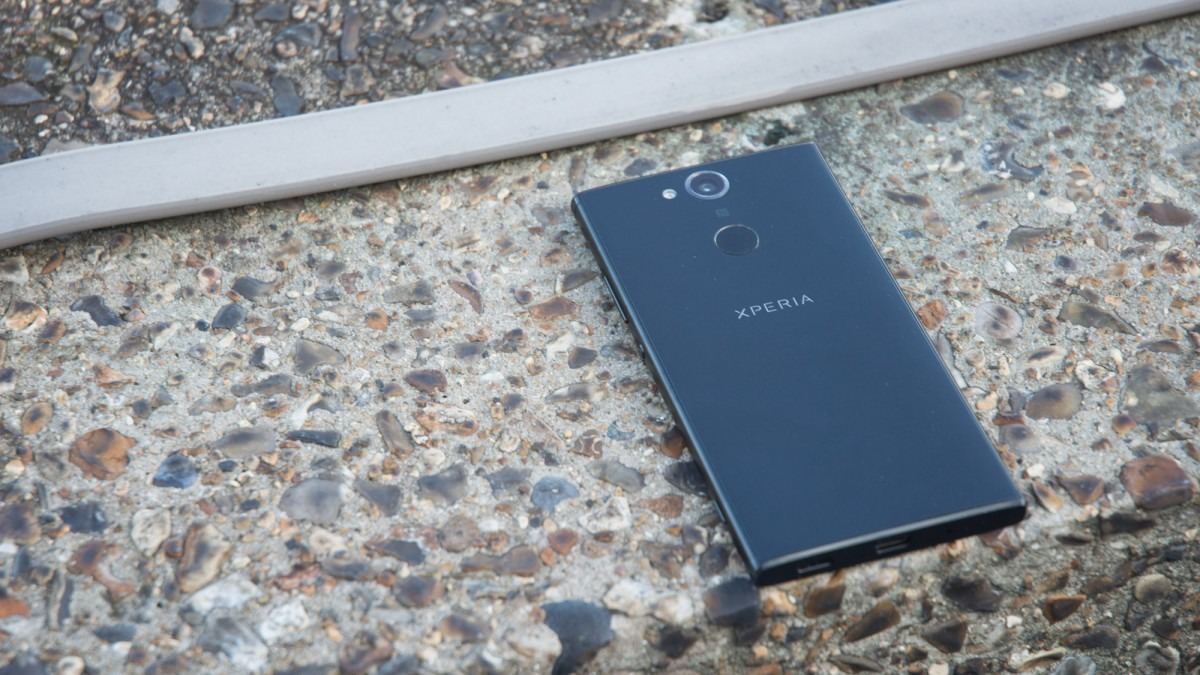 From reviewing many a Xperia phone over the years, I was expecting my conclusion here to be more of the same.

That isn’t the case with the Xperia XA2. For £300, you have a very reasonably-priced handset that barely puts a foot wrong. It looks the part, has a very nice screen and a camera that performs admirably in well-lit conditions.

There’s just a single fly in the ointment: the marginally weaker Honor 7X retails for £30 cheaper and has recently been seen for as little as £240. It also has one of those new-fangled 18:9 screens if that’s important to you.

Still, for me personally, the Xperia XA2 is an excellent smartphone and it’s seriously made me consider Sony when my contract expires in four months’ time. Well done, Sony.