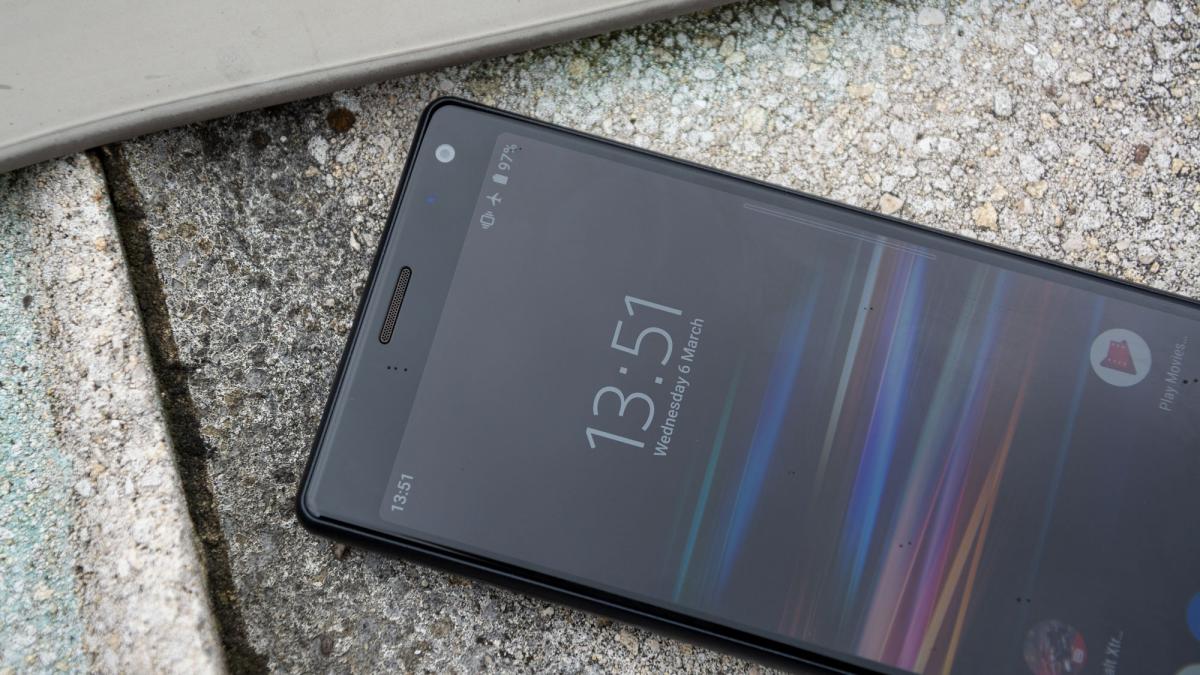 The problem is that you’re expected to pay £299 for such a privilege. This puts Sony’s latest handset in the crosshairs of a veritable firing line of mid-range sharpshooters and it’s not a firefight I think the Xperia 10 is likely to survive.

Leading the posse is Xiaomi’s Pocophone F1, which delivers astonishing value for money, with a top-end Snapdragon 845 processor running the show, complete with a superb rear camera arrangement and a screen that’s simply as good as they come. 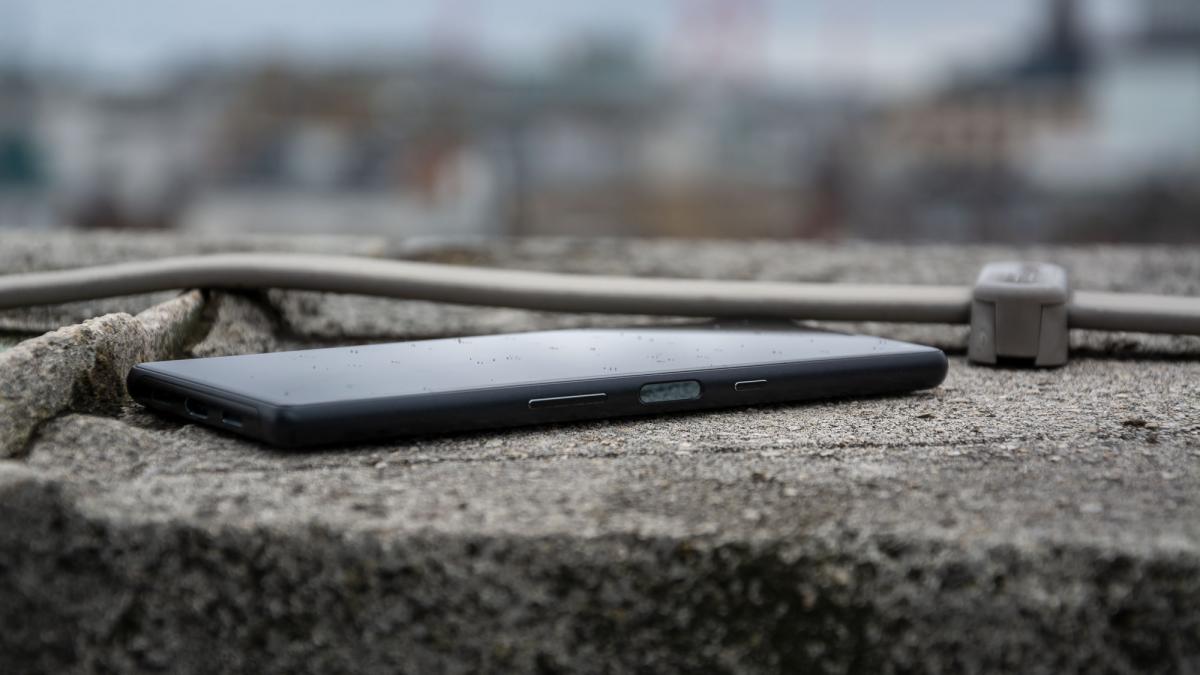 Motorola’s Moto G7 Plus is also one tough customer, especially if you’re looking to save even more pennies. It’s fitted with a slightly better processor than the Xperia 10 and its camera actually outdoes the Pocophone F1 in a number of areas, including the ability to shoot in 4K with OIS enabled.

This is apparently to help you enjoy streaming movies as they were originally intended. Indeed, Sony claims 69% of Netflix movies are in the 21:9 format, making the 21:9 Xperia 10 the perfect Netflix movie-watching vehicle. That still leaves an awful lot of 16:9 content that doesn’t fit, though, and the fact that the screen isn’t particularly large or an OLED panel damages its credentials further as a screen for entertainment.

The second reason is that, instead of going for the front-filling edge-to-edge style of display that most other manufacturers are opting for these days, Sony has produced a lopsided design with a big forehead and a vanishing chin. Sure, it doesn’t have a notch but, if anything, Sony’s approach results in an odd-looking phone no matter the colour. The Xperia 10 is available in blue, silver, black or pink, by the way. 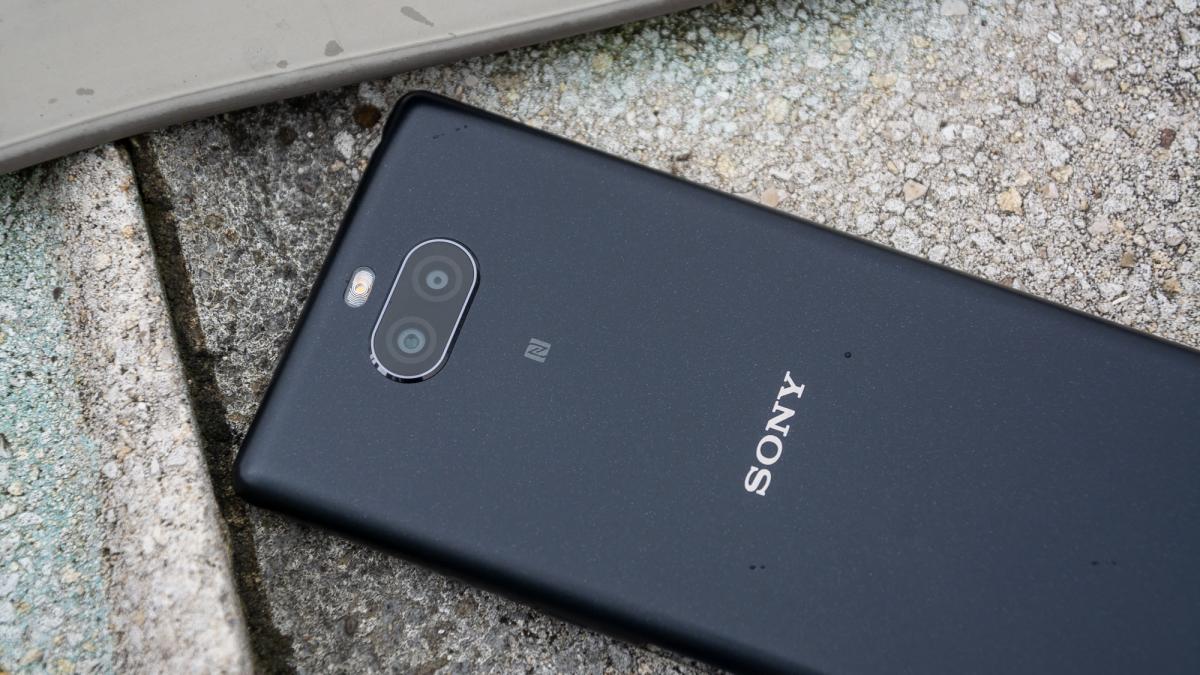 The Xperia 10’s dual-camera arrangement on the rear is aligned vertically and looks strikingly similar to a pig’s nostrils. It does look a bit boring from the back, although the phone’s rounded corners and sides ensure that it fits well in the hand, despite the rather awkward, elongated screen.

In our display tests, it produced 89.1% of the sRGB colour gamut with image enhancements turned off, which is pretty good for a phone of this price. Switch to the “Super-Vivid” screen profile and colours generally become rather over-saturated across the palate, although not distractingly so. 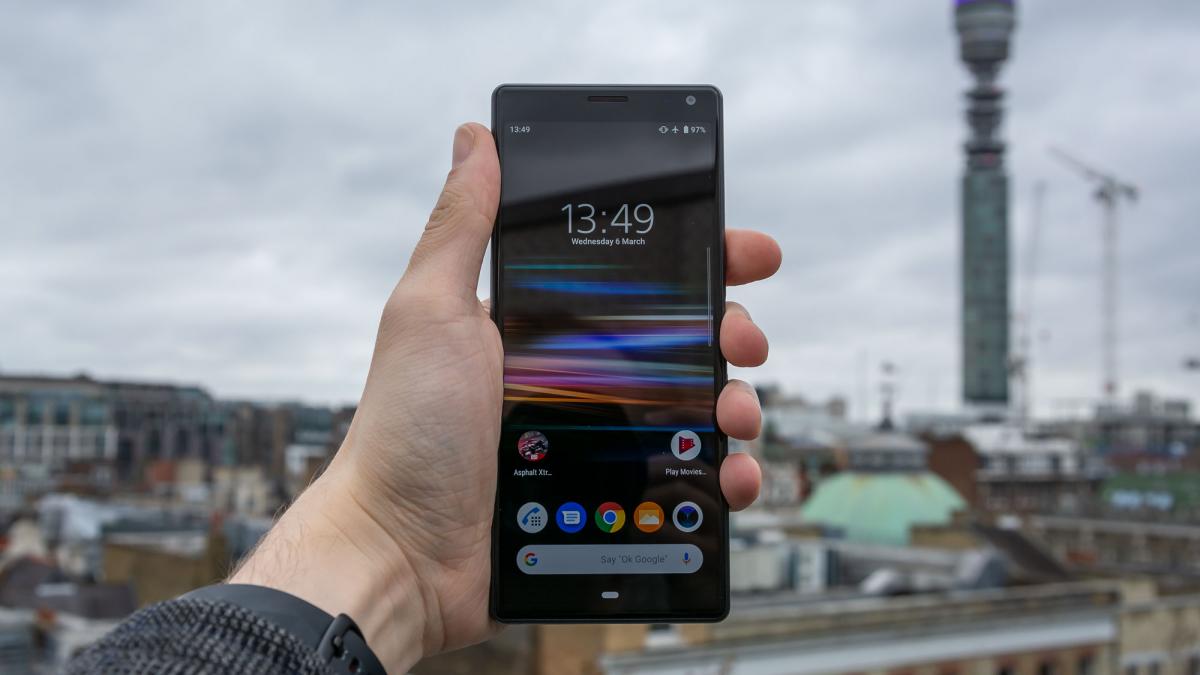 The Xperia 10 also has a solid maximum brightness of 532cd/m², which is quite well-suited for when you’re staring at Google Maps while you’re out and about in the great outdoors. A Delta E average of 2.18 reflects the occasional colour inaccuracies, particularly in brown tones, but on the flipside, a high contrast ratio of 1539:1 lends greater vibrancy to images.

On to gaming and the story is pretty much the same. In the GFXBench Manhattan 3 on-screen benchmark, the Xperia 10 maintained an average of only 11fps, whereas the Moto G7 Power ran the same test at 20fps. Again, the Pocophone F1 is the clear winner, achieving a practically perfect frame rate of 59fps.

Unsurprisingly, the Xperia 10 is running Google’s latest version of its mobile operating system, Android 9.0 Pie. Sony’s own software overlay is placed over the top once more but, as with previous versions, this actually functions rather well. It isn’t anywhere near as intrusive as some of the other Android tweaks on the market.

In fact, the only unusual thing about the Sony is that it has an area in the middle of the right edge of the screen that, when swiped, brings up a quick app launcher. I’m not convinced anyone’s going to buy a phone on the strength of that, though.

Photo quality is rather good for the money, but, again, the same can be said of the Moto G7. The Xperia 10 was capable of capturing some truly exceptional images of the rainy London skyline with oodles of detail, well-exposed HDR and neutral colour reproduction without overly excessive vibrancy.

Outdoor picture quality might be roughly equal between the two handsets, but as the light dims, the Moto G7 comes out on top. Placing both shots next to each other, it’s clear that the Moto G7 captures images with greater detail, with more notable definition to the teddy bear fur. Visual noise is also less of an issue.

Lastly, the Xperia 10 is able to shoot video at a maximum recording resolution of 4K in either 21:9 or regular 16:9 format. Both of these are locked at a frame rate of 30fps, although dropping the quality down to Full HD allows for 60fps recording. Other fancy video features such as object tracking and Sony’s SteadyShot image stabilisation are also unavailable in 4K.

Previous ArticleNEC MultiSync EA271U review: Kind on the eyes, but not on the wallet
Next ArticlePlantronics rebrands as Poly to get its groove back
Comments (0)

Don't miss a deal at TalkTalk Phone and Broadband
Best offers at Virgin Media
Discounts, Sales and Deals at Vimeo
Save your money with Microsoft Store
Online-Shopping with Bodybuilding
Best products at Myprotein
Latest Posts