It’s surprisingly quick for a budget phone, but its poor screen and mediocre camera can’t keep up with the competition

When there’s a new Moto G just around the corner, buying a budget smartphone right now is a risky move. While the new Moto G4’s massive 5.5in Full HD display won’t be for everyone, it still gives you a whole lot of smartphone for your money, making other budget smartphones look a bit weedy by comparison. Even if you don’t want a massive smartphone, there’s the outgoing Moto G to think about, too, as the 3rd Gen model is still excellent value for money now it’s dropped topounds 130.

Both are tough acts to follow, and the Samsung Galaxy Core Prime struggles to break out of their shadow and convince us otherwise. It feels reasonably well-made, and it’s certainly no less attractive than Samsung’s Galaxy J5, but it disappoints almost from the moment you turn it on. 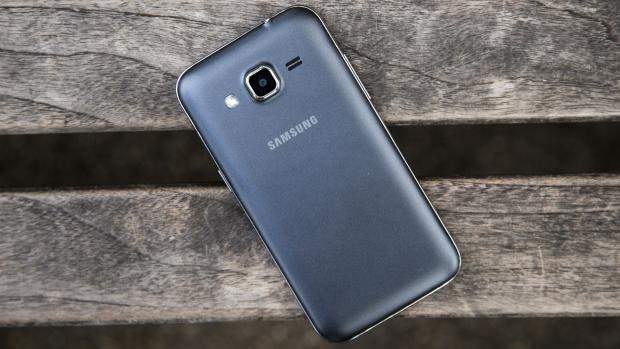 With a resolution of just 800×480, its 4.5in display pales in comparison to the 3rd Gen Moto G’s 5in, 1,280×720 screen, and you’ll see noticeably jagged edges around text and app icons on the main home screen. This kind of resolution might have been acceptable a year ago, but when so many budget phones now have screens with 1,280×720 resolutions, anything less really starts to show its age. Even the pounds 80 2nd Gen Moto E has a 960×540 resolution, so to specify something lower just seems mean.

The screen itself is also one of the worst I’ve tested in recent months, as it’s only able to display 58.9% of the sRGB colour gamut. That’s even less than the rather mediocre Galaxy J1, and it leaves a lot to be desired when looking at photos and images. Admittedly, a contrast ratio of 1,021:1 provides a decent amount of detail, but its viewing angles are pretty poor, as darker areas of the screen will immediately start turning a different colour as soon as you rotate the handset to either side. 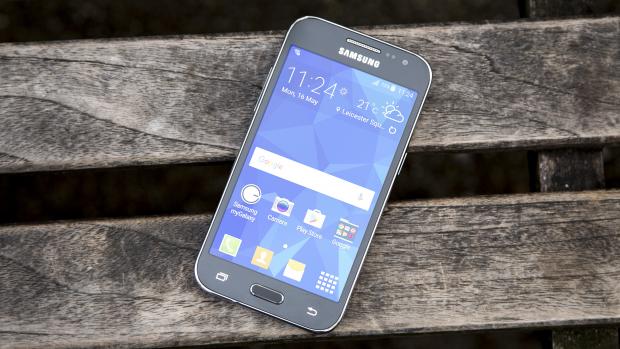 This makes it quite difficult to see what you’re looking at, as even the slightest hand movement can throw it off. Likewise, with a max brightness of 378.59cd/m2, you may struggle to see the screen clearly in bright sunshine unless you’re looking at it in the shade, which only makes it even more of a pain to use day-to-day.

This is a shame, as it’s actually one of the faster budget handsets I’ve tested recently. Instead of using one of Qualcomm’s Snapdragon chips for the Core Prime, Samsung’s decided to use a quad-core 1.2GHz Marvell PXA 1908 chip instead, which actually beat the 3rd Gen Moto G in our Geekbench 3 tests.

In the single core test, for instance, the Core Prime scored 574, just edging in front of the Moto G’s 532, and its 1,704 result in the multicore test was even further out in front, beating the Moto G’s score of 1,598 by more than 100 points. As a result, Samsung Android 5.1.1 TouchWiz interface zipped along at a pretty decent pace, and I didn’t feel like I was left waiting too long when opening apps and navigating the menu settings.

However, the Core Prime is rather less capable when it comes to playing games. It can still play simple games like Threes! without much trouble, but even more action orientated 2D games like Bushido Bear were a bit juddery in practice, so you’ll probably want to look elsewhere if you want a phone for playing games on. More complex games like Hearthstone are also completely out of the question, as the Core Prime managed just 44 frames (or 0.7fps) in the offscreen Manhattan 3.0 test in GFX Bench GL. This is admittedly a very demanding test, but even the Moto G managed 105 frames (1.8fps), which leaves the Core Prime feeling distinctly underpowered by comparison.

The Core Prime was also rather jerky when browsing the web, particularly when it had to deal with loading multiple images and adverts on a single page. This isn’t surprising given its rather low Peacekeeper score of 507, but scrolling was naturally much smoother once pages had loaded properly. Continues on Page 2.

Previous ArticleMinecraft is finally coming to China, but it's not the version you know
Next ArticleGoogle Says Project Ara Modular Smartphone for Consumers Launching Next Year
Comments (0)

Don't miss a deal at Go Daddy
Best offers at EBay DE
Discounts, Sales and Deals at Vimeo
Save your money with Ancestry
Online-Shopping with Sky
Best products at Vodafone UK
Latest Posts