LG USA is reportedly offering full refunds to users experiencing boot loops on their Nexus 5X smartphones. While normally the process would be to repair, replace, or issue a refurbished unit, the company in this is offering a full refund as it doesn’t have the parts (and presumably new units) to affect a repair. Notably, with the launch of the Pixel smartphones, Google is no longer selling the Nexus 5X.

Reports of the refund policy come from Reddit users, and are seen on the dedicated Nexus 5X subreddit. Users that have given their devices to LG for repairs are now receiving an email that informs them a part required to fix the issue is longer available. They are then asked to produce a sales receipt so that the company can determine the exact amount that needs to be refunded.

“We’re sorry to hear that you’ve experienced a problem with your LGH790 and appreciate you giving us the opportunity to provide a warranty repair. We have received your device at our repair facility but currently a part to complete the repair is out of stock and is no longer available.
To rectify this issue, we would like to offer you a refund for the full amount of your device. That amount will be determined by your sales receipt. Your refund can take approximately 4 weeks to receive due to the holiday.”

The Nexus 5X boot loop issue was first seen in September when the Android 7.0 Nougat update was released. At that point, Google said a very small number of users were affected by the issue, and that it was a hardware issue, and not related to software. The search giant had also said that users should contact their place of purchase for warranty or repair options. Presumably since then, the company has run out of a required part and thus offering refunds instead.

While the refund option recently began being provided in the US, it’s reasonable to expect the company to offer a similar option to affected Nexus 5X users in other parts of the world. To recall, the LG-made Nexus smartphone was launched back in October last year, and like most phones, has a 1-year manufacturer warranty. If you are experiencing the issue, we suggest you contact LG sooner than later to avoid possible issues with warranty. 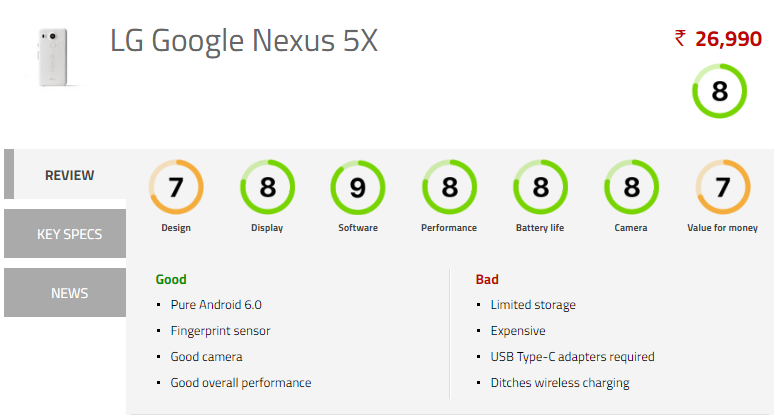 Don't miss a deal at Newegg
Best offers at H&R Block
Discounts, Sales and Deals at TalkTalk Phone and Broadband
Save your money with Surfdome
Online-Shopping with EE Mobile
Best products at House of Fraser
Latest Posts