The Honor 9X Pro is a competent mid-range smartphone, but the software restrictions are off-putting

Uh oh. It looks like the US government’s turbulent relationship with Huawei has finally caught up to Honor. A Huawei-owned sub-brand, Honor has gotten away with launching phones with fully-fledged Android up until this point, but that’s all about to change with its latest release.

As tech launches across the globe are begrudgingly cancelled due to the ongoing coronavirus threat, Honor has not only been able to push out its first laptop, but another mid-range smartphone called the Honor 9X Pro. Specification-wise, the Honor 9X Pro is as good as they come in the competitive mid-range, but the lack of a fully-supported Android OS is very worrying indeed.

Of course, it’s not all about the operating system, and I figure it might be best to talk about everything else before I rattle on about the potential pitfalls of picking up a phone that only runs the open-source version of Android. You won’t be surprised to hear that the 9X Pro is everything we’ve come to expect from Honor up until this point. It’s the sort of phone that doesn’t ask for too much, and it’s priced well enough that you might be able to look past the lack of premium features like NFC and waterproofing. 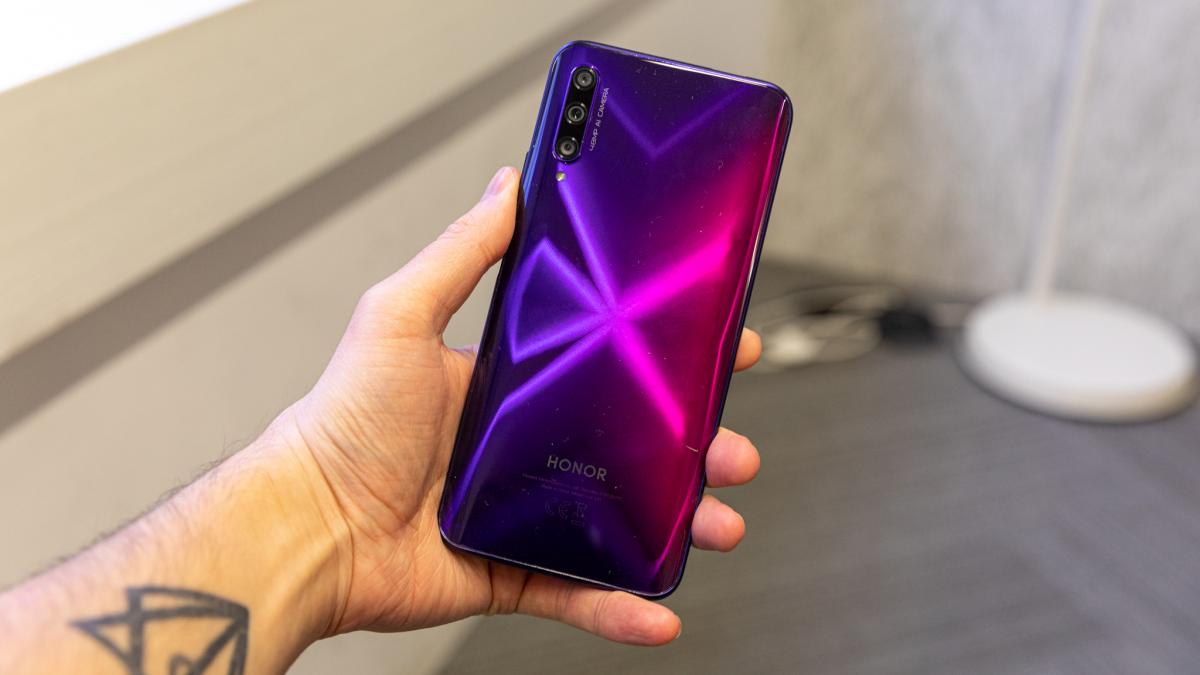 Firstly, the Honor 9X Pro looks like a phone that costs at least twice as much as what you paid for it. As we saw with last year’s Honor 9X, the Pro has a shiny glass back, which shimmers nicely in the light. The similarities make sense when you consider that both phones actually launched alongside each other in July last year – although the 9X Pro has only been available in China until now.

The only major design difference is that the fingerprint sensor has moved from the back to the right edge, which is my preferred unlocking method as I find this is where my thumb naturally drifts when holding the phone.

In fact, that’s basically it for any disparities between the 9X and this new Pro model. Crucially, the IPS screen is exactly the same, measuring 6.6in across the diagonal with a resolution of 2,340 x 1,080. Personally, I don’t mind that they’re identical – an increase in resolution or size would negatively affect battery life – and my colleague Alun praised the screen in his review earlier in the year anyway. 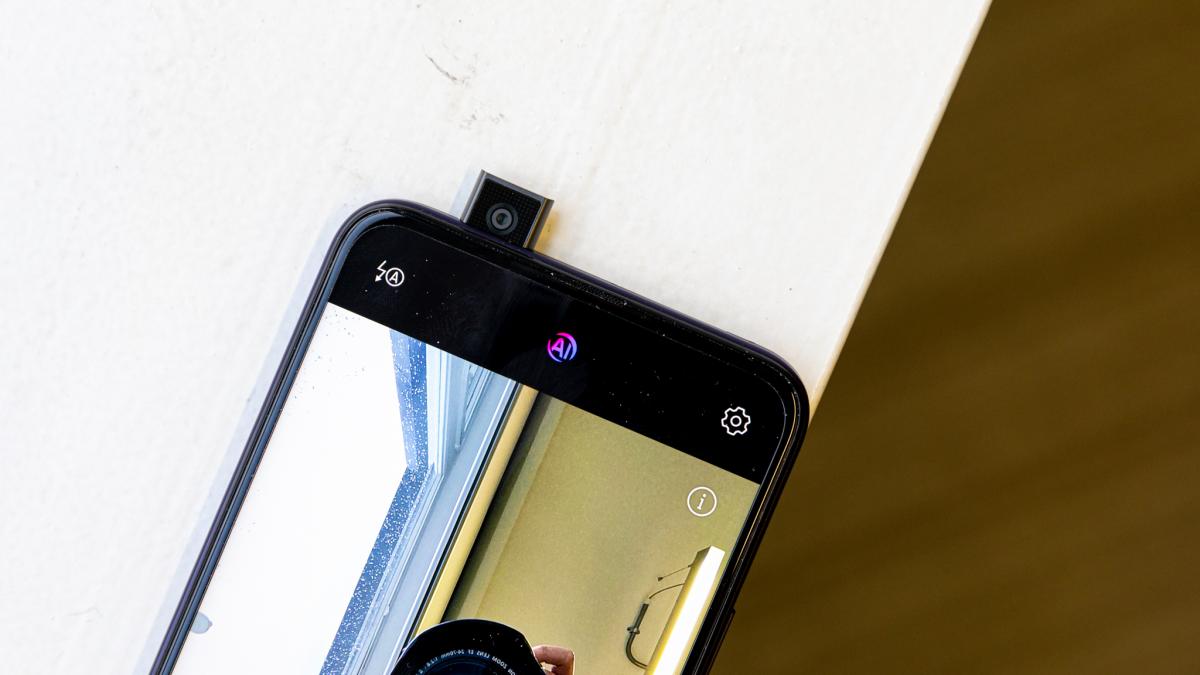 The camera arrangement also remains unchanged. This means you’re getting a 48MP (f/1.8) main camera – which performed well in our previous tests – along with an 8MP (f/2.4) wide-angle camera with a 120-degree field of view and a 2MP (f/2.4) depth-sensing unit to help with those fancy blurred background portraits. As before, a 16MP (f/2.2) selfie camera pops out from the frame of the phone when activated.

As you might have guessed, this ‘Pro’ variant gets its name from the upgraded internal specifications. The Honor 9X Pro is fitted with a faster Kirin 810 chipset, Mali G52 graphics, 6GB of RAM and 256GB of internal storage. That can be expanded with a microSD card or you can use the slot to add a second SIM instead, if you wish.

Finally, let’s talk software, or lack thereof in Honor’s case. The Honor 9X is using Android 10 as its base operating system, but due to the US trade ban on Huawei, and Google’s subsequent restrictions on what companies it can work with, this is only the open-source version of the OS. This means that Google’s first-party applications on the Play Store (the service isn’t available) such as Maps and YouTube can’t be downloaded and aren’t preinstalled. 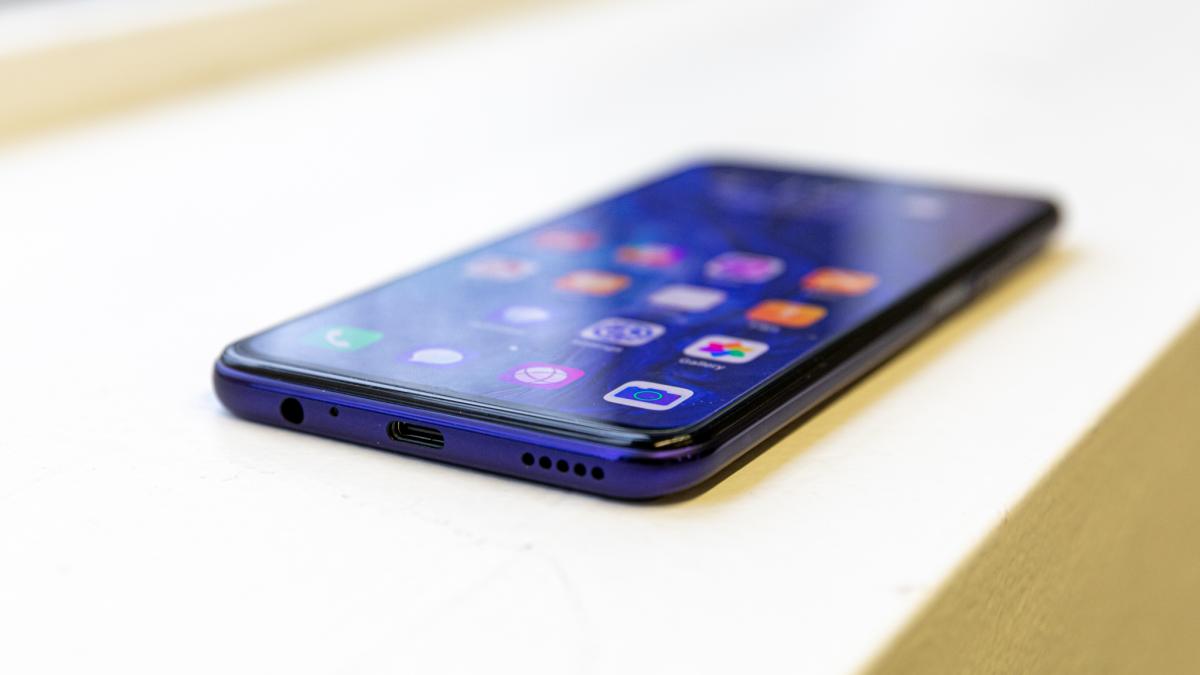 As we saw with last year’s Huawei Mate 30 Pro – which is the first phone we reviewed with this problem – there is a way you can install these applications via unofficial sources, but this is ultimately a very risky and confusing process for those that aren’t in the know.

Honor insists that this restriction won’t get in the way. The App Gallery – Huawei’s version of the Play Store – has its own app alternatives after all. However, scroll through the list of apps that are available for download on a Mate 30 Pro and it’s clear that this list is sorely lacking popular applications that are widely used in western markets. TikTok is on there, but you certainly won’t find Facebook, Twitter, Instagram or the like.

Honor also says that you can simply use these apps in the phone’s web browser, but anyone that’s ever used YouTube via this method knows that this is a hellish experience. So, that workaround is basically a write-off, too.

I’ve been told that Honor is working with app developers in order to copy application launchers over to Huawei’s storefront and I wouldn’t expect this transfer process to be too time-consuming for your average developer either, when you consider that Huawei’s phones are still running the same OS. Honor is also hosting developer days to help encourage app development, so perhaps the state of the App Gallery will have changed dramatically in 12 month’s time. Who knows.

What I do know is that preordering the Honor 9X Pro is a risky venture. Honor’s decision to launch a phone without the apps you’re familiar with might not work out so well for the company. If the frosty reception to last year’s Mate 30 Pro launch offers any indication, I’m struggling to see any scenario where the less fashionable Honor brand might benefit.

But of course, I remain entirely sympathetic. In a global marketplace, it’s entirely unfair to single out a foreign company – and sub-brand in this instance – and heavily impose restrictions on them. Huawei and Honor are making the best of a bad situation, and I applaud them both for their efforts.

Alas, sympathy isn’t a big enough reason to buy a phone. I would like to be optimistic – the Honor 9X Pro might be able to stand up on its many merits – but as it stands I can’t see many of these flying off the shelves when it launches in a few weeks.

Don't miss a deal at Myprotein
Best offers at Bodybuilding
Discounts, Sales and Deals at Farfetch
Save your money with Nike DE
Online-Shopping with Udemy
Best products at House of Fraser
Latest Posts