Available from this month, the Fitbit Inspire represents a cheaper alternative to the popular Alta range

Fitbit has launched two budget fitness trackers alongside its new Versa Lite Edition smartwatch, the Inspire and Inspire HR. Starting at £70, the new trackers bring all the features of the popular Alta line and more to a new wider, audience.

The Inspire HR (£90), in particular, looks like a highly tempting prospect when you consider it counts connected GPS, continuous heart-rate monitoring and waterproofing among its features. So how exactly do the new trackers differ? Read on to find out.

Fitbit’s new budget trackers are obviously evolutions of the Alta and Alta HR in terms of design, and they build on their predecessors primarily by using larger touchscreens that you can navigate via taps and swipes rather than taps alone. There’s also a handy button on the tracker’s left side that you can use to back out of menus.

That’s a similar progression to what we saw with the Charge 3 recently (LINK), and thankfully the new devices don’t appear to be plagued by the same unresponsiveness we saw with the more expensive tracker’s screen. 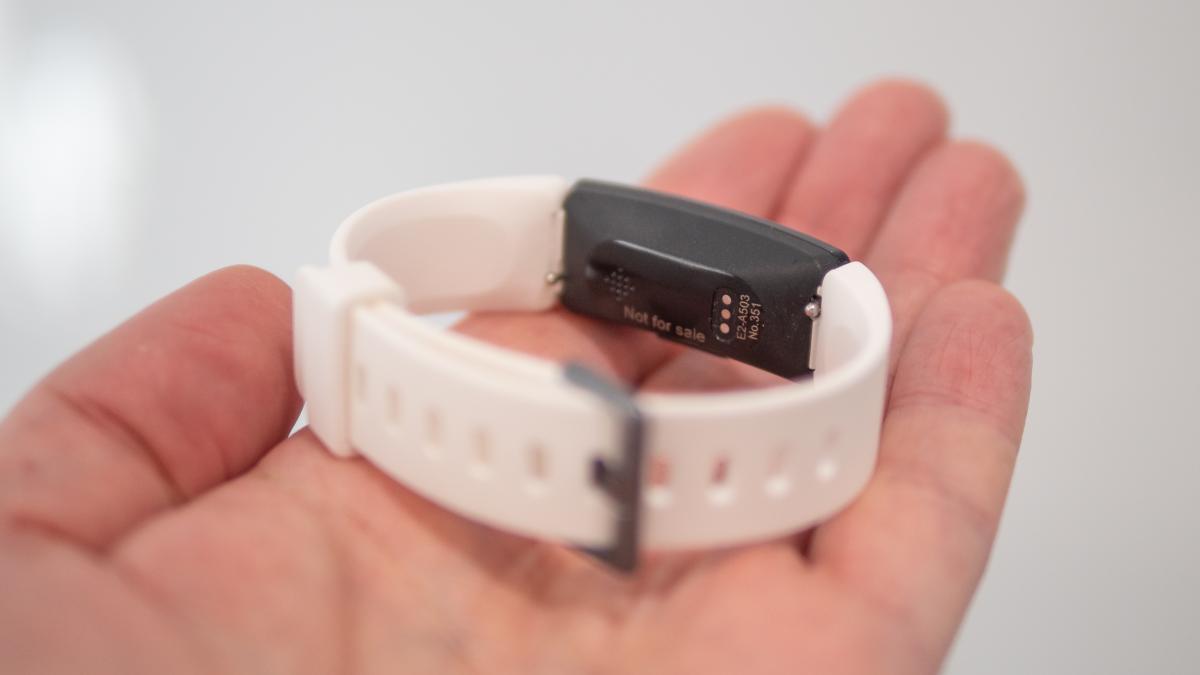 The Inspire and Inspire HR are also made from plastic rather than aluminium, which arguably makes them looks cheaper, though they do feel more lightweight and comfortable on the wrist. It’s also worth pointing out that they are indeed much less expensive than their predecessors. Take the Inspire HR, for example. At £90, it’s more than 30% cheaper than the Alta HR’s £130 launch price.

Fitbit has added a few new features to the budget trackers, too. Where the original Alta had no water resistance, the £70 Inspire comes with 50m waterproofing (although sadly no swim-tracking) and ovulation tracking as standard. It also offers new, improved phone notifications, although we’ve not had a chance to test this functionality yet.

At this early stage, though, spending the additional £20 on the Inspire HR seems like an obvious decision to me. As well as the addition of continuous heart-rate tracking, the main benefit to buying the more expensive model is that it comes with connected GPS, which lets you start logging workouts on your phone directly from your wrist.

That’s the first time we’ve ever seen this feature on a Fitbit under £100, which is significant progress. And that’s not all you get. As with the Alta HR, the Inspire HR estimates your fitness level and supports Fitbit’s Sleep Stages, which offer detailed insights into your sleep quality.

Last but not least, there’s a guided breathing app you can use to reduce stress levels. But if you’re not fussed about the aforementioned features, you could save the £20 and spend it on a clip for the Inspire, which lets you wear it on your clothing rather than your wrist.

Beyond the ovulation health tracking and guided breathing, there’s not a huge amount that’s new about either Inspire and Inspire HR. However, what is significant, and is likely to dominate the majority of headlines is the trackers’ competitive new prices.

At £90, the feature-full Inspire HR is £30 cheaper than its closest rival, the Garmin Vivosmart 4. Providing it delivers on its promises, there’s every chance for it to be one of the most popular fitness trackers Fitbit has ever made.

Don't miss a deal at Nike DE
Best offers at Sephora
Discounts, Sales and Deals at H&R Block
Save your money with TalkTalk Phone and Broadband
Online-Shopping with Virgin Media
Best products at Newegg
Latest Posts