Yale Assure Lever with Connected by August review: Yale lets you ditch its own app for August’s

Yale’s numerous forays into the smart lock market have been, shall we say, lackluster, but with the Yale Assure Lever with Connected by August, the company is at least taking a step in the right direction by finally doing what it should have done a long time ago: Surrendering, and handing over its smart features to market leader August.

Yale’s locks have long included a slot wherein you can slide an optional wireless connectivity module that allows the lock to communicate with a Z-Wave or Zigbee hub. Now Yale is adding a third option to the mix, allowing its locks to replicate the August experience, and to work as if the lock is part of the August network. It’s called “Connected by August,” and it would be utter genius if setting it up wasn’t prohibitively screwy.

The Yale Assure Lever is, as the name implies, not a deadbolt replacement but rather a lever-based opener designed to replace a standard doorknob lock. My problems with the device began pretty much after opening the box. The chunky hardware initially installs much like any other smart lock, with you connecting the two escutcheons on either side of the door and snaking a power cable between them. But if you aren’t well-versed in lock hardware, you’ll have to rely heavily on the cryptic, broadsheet instruction manual. 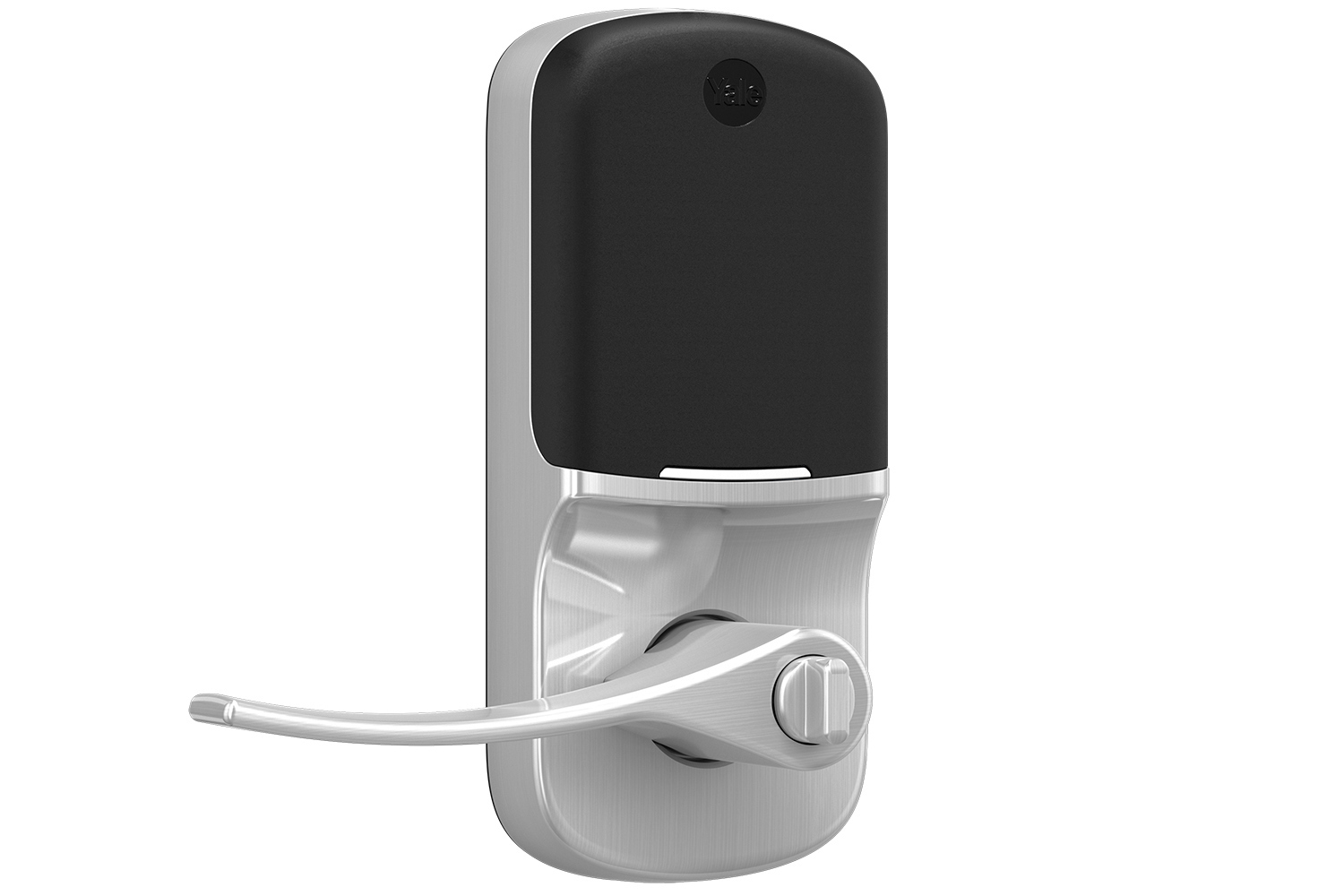 The tricky part that stymied me was in getting the levers installed properly. They must be seated on the ends of the connecting posts just so, or else the locking mechanism won’t work at all. It took several days to reach tech support before I finally located the problem: a tiny spring-loaded button on one of the levers that hadn’t popped out all the way, locking everything into place.

With the hardware finally working, I turned to connecting the lock to August’s app by installing the small August wireless module (it looks and feels like a flimsy, old-school Game Boy cartridge) inside the lock and plugging the companion August Connect module into a power socket. Sadly, the app didn’t recognize the new lock at all, kicking back a frustrating “no lock found” error message. Back to tech support I went. Numerous sessions—all via email—ensued, culminating in Yale sending me a new August wireless module altogether. 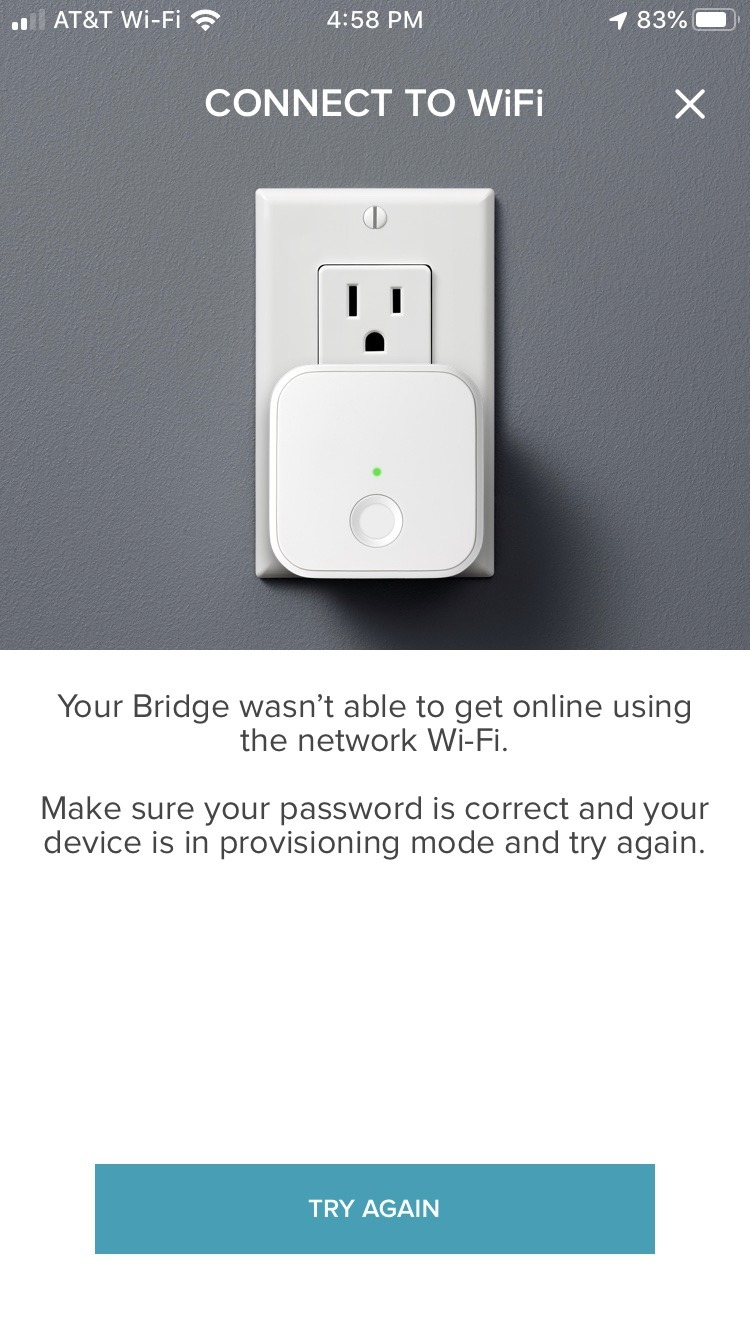 By the time I had a new module in hand, 15 days had gone by—an awfully long time for anyone to go without a working lock on their door.

Setting up the August Connect bridge that plugs into a wall outlet failed numerous times—requiring a third round of tech support. To say this process was frustrating is a gross understatement. August’s wizard helpfully walks you through all these steps, but when something goes wrong, the whole thing seems to shrug and make you start again. Whether the fault is Yale’s, August’s, or a problem related to their unholy union, it’s impossible to say.

Now for the good news: On day 16 I was finally up and running, with both the Yale hardware as well as the August module and software all successfully communicating. When an August product works, it’s a lovely thing. The app works quickly with on-demand open and close requests, and August’s system for adding new permanent or temporary users is second to none. Logging is in-depth and easy to understand at a glance, telling you everything you need to know about who’s coming and going. The problem, of course, is getting there. Spending two weeks of frustration to get your smart lock up and running is a headache I’d wish on none of you, dear readers. 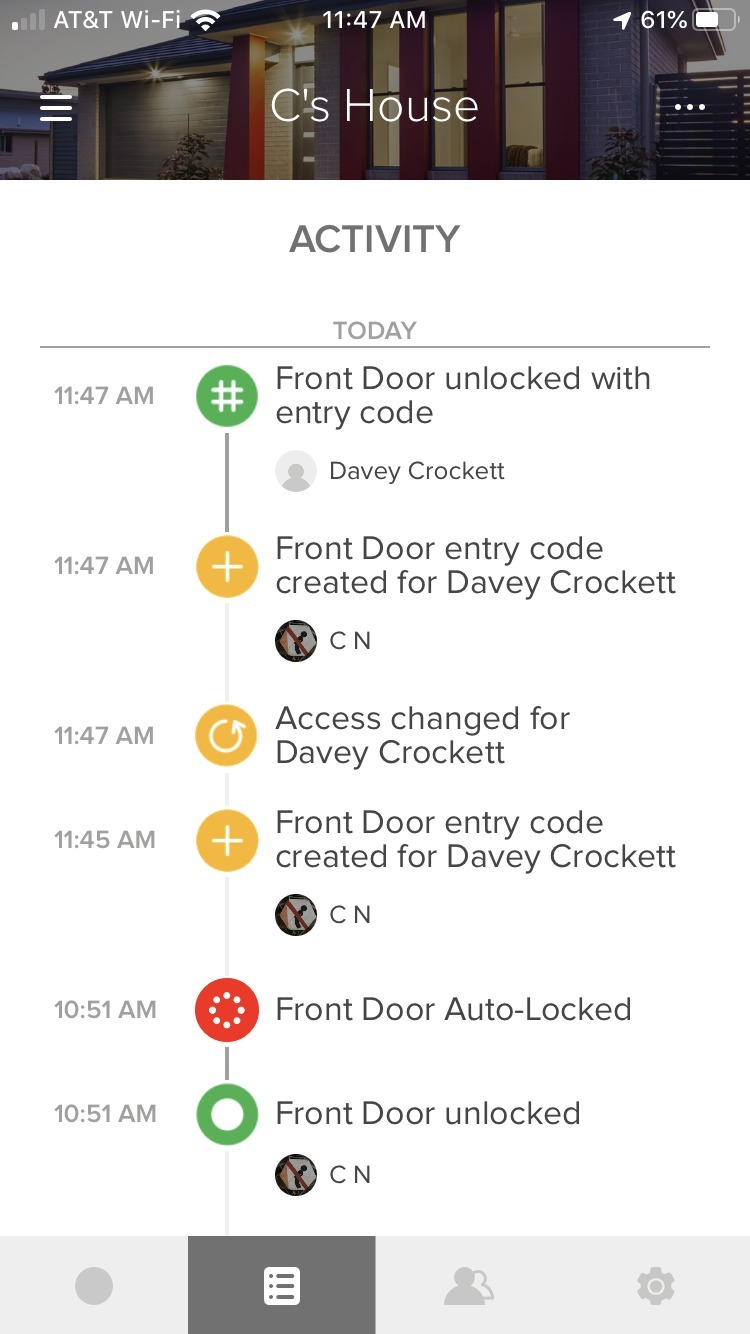 It’s also worth noting that, if you’re having trouble, the system can be used without any wireless features, like most Yale locks. You can program PINs and set various parameters by interacting directly with the keypad, presuming you carefully follow the printed guide.

At $279 for the lever lock and the Connected by August kit, this combo is priced the same as an August Smart Lock Pro with an August Connect Wi-Fi bridge. The latter combo, however, was on sale at August for just $229 when this review was edited (and Amazon was selling it for less than $160). You can also buy an unconnected version of the Lever Lock for a surprisingly affordable $149, or with a Z-Wave smart home module for $199. In the latter case, you’ll also need a Z-Wave smart home hub—a Samsung SmartThings, for instance—to pair the lock with.

The Yale Assure Lever is a different type of product than the August Smart Lock Pro, of course. The former is a complete replacement entry handleset, where the latter only retrofits your existing deadbolt. Still, I wouldn’t recommend shelling out any extra cash for a couple of metal door handles—even if it installed without a single issue.

Using August’s wireless system to operate your Yale lock sounds great on paper, but the implementation is a mess.