Weber Connect Smart Grilling Hub review: It’s better than a Bluetooth tracker, but not better enough for the price

There’s nothing quite like food prepared on the grill, but whether you’re using gas, charcoal, or hardwood pellets, it can be difficult to cook food to perfection if you don’t hover over the ‘cue. Smart grills that help monitor your cooks cost anywhere from $800 to several thousand. Weber says its Weber Connect Smart Grilling Hub can do it for any barbecue for $130.

The system consists of a hub with a base, one wired stainless-steel probe for the food you’re cooking, and a second blunt-ended wired probe, also stainless steel, that tracks the ambient temperature inside the grill. This blunt probe is mounted to a spring clip that secures it to the grate, but the clip designed for relatively thin grates—it didn’t fit at all well on my Vermont Castings gas grill, which has thick cast-iron grates coated with porcelain. 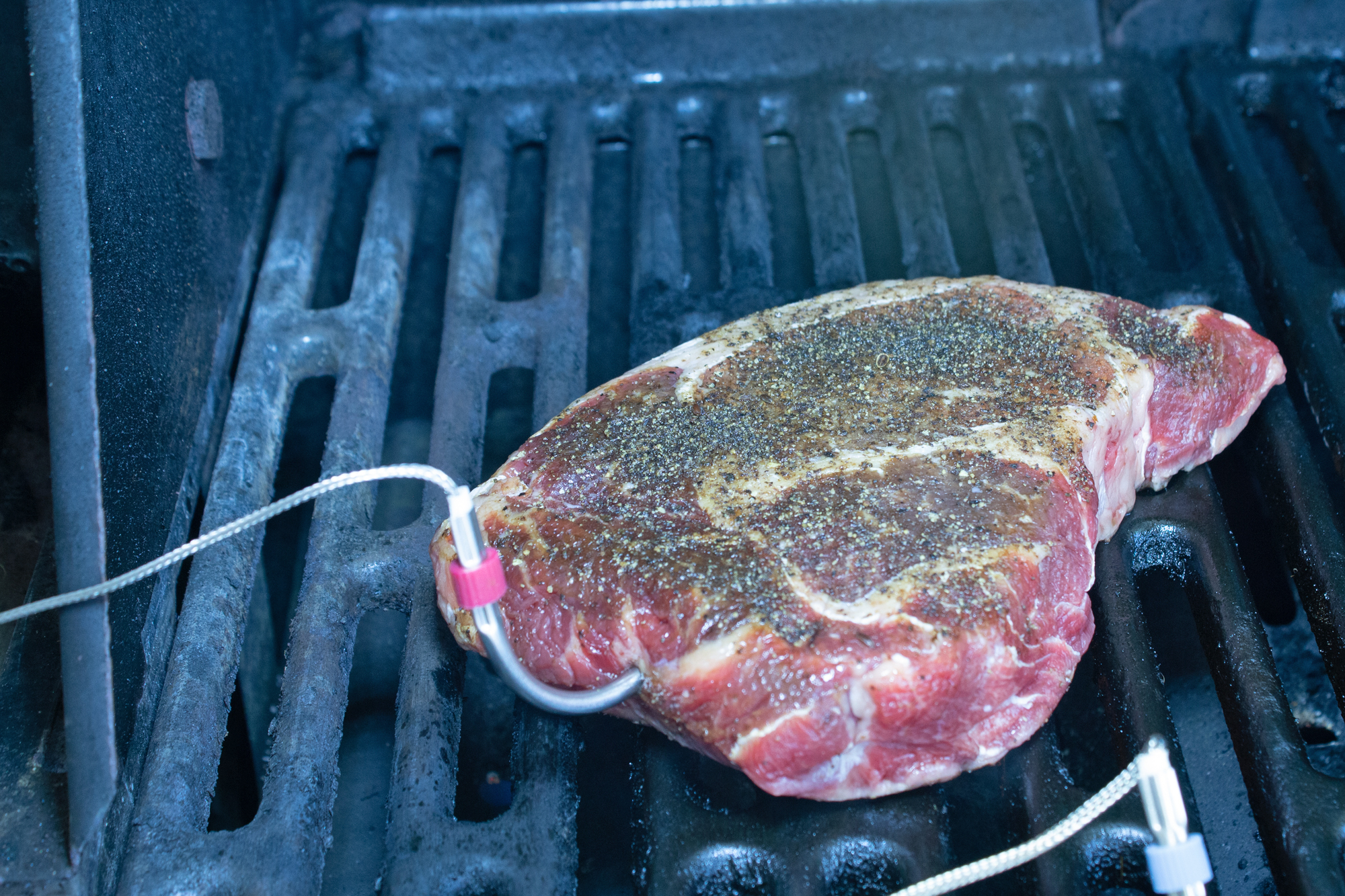 The battery-powered hub can accommodate up to four probes, so you can track the temperature of multiple steaks, chops, or what have you. Large LED numerals report the probe’s temperature, and an LED bar beneath the probe input indicates which probe is currently active. Pushing down on the hub beneath the temperature display toggles between the probes and updates the display. But you’ll need to buy these extra probes separately at $15 each. If you already own Weber’s iGrill thermometer, those probes are compatible. We reviewed that less-sophisticated Bluetooth-based product in 2015, when it was still owned by iDevices; Weber acquired it from iDevices in 2016.

The cables attached to the probes are armored, and they’re four feet long, so you can keep the hub far away from the heat of the barbecue. The hub also has a magnetic base, you can stick it on one of the barbecue’s legs to keep it out of the sun. Weber says the hub is “weather resistant,” but that it should be stored indoors in a dry location when not in use. The probes can measure temps ranging from minus 22 degrees Fahrenheit to 572 degrees F. The probes can withstand temperatures as high as 716 degrees F, but the hub won’t report temperatures higher than 572. The probes are not dishwasher safe, however, and Weber warns users not to immerse them in water and to avoid getting water near where the probe meets the wire. 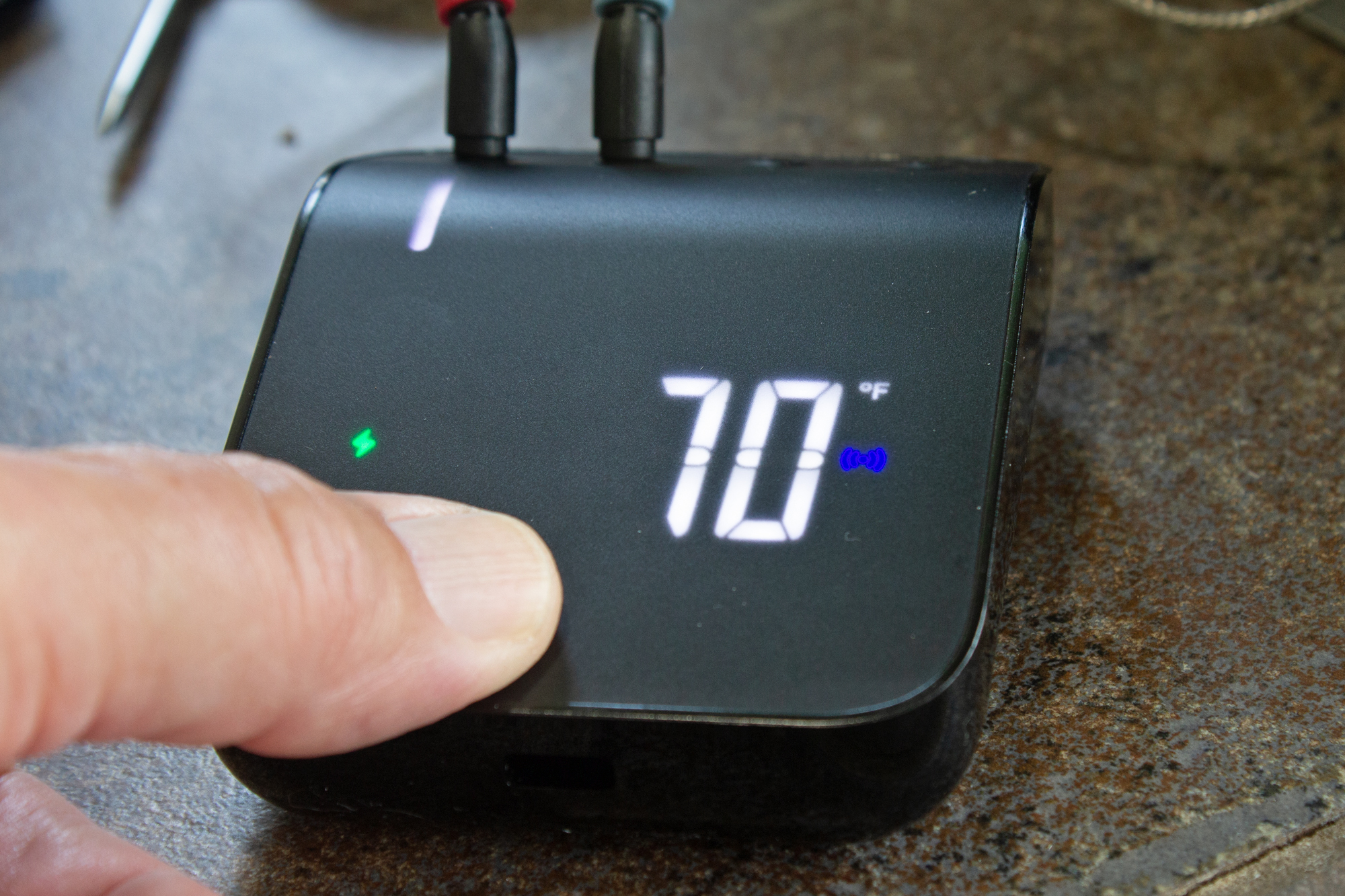 Using wired probes eliminates a problem I’ve encountered with wireless models, particularly Bluetooth ones, such as Apption Labs’ Meater: My grill has a thick stainless-steel lid with cast-iron endcaps, and it behaves like a Faraday cage when I put wireless probes inside it. The hub itself pairs to your smartphone via Bluetooth and it then establishes a connection to your Wi-Fi network, so range shouldn’t be a problem unless your grill is very far from your home’s router or its closest Wi-Fi access point. The hub can connect only to 2.4GHz networks, however, which could be a problem if that spectrum is exceedingly crowded in your vicinity.

The hub has a rechargeable battery inside and a Micro-USB port and cable for charging it, but you’ll need to provide your own AC adapter (any 5-volt charger delivering at least 1 amp will work). To preserve battery life, the hub will go into a power-saving mode after one hour if any probe is plugged into it and no activity is registered. It will go into a deeper sleep mode if no probe reports activity after eight hours, and it will do the same after five minutes if all the probes are removed. 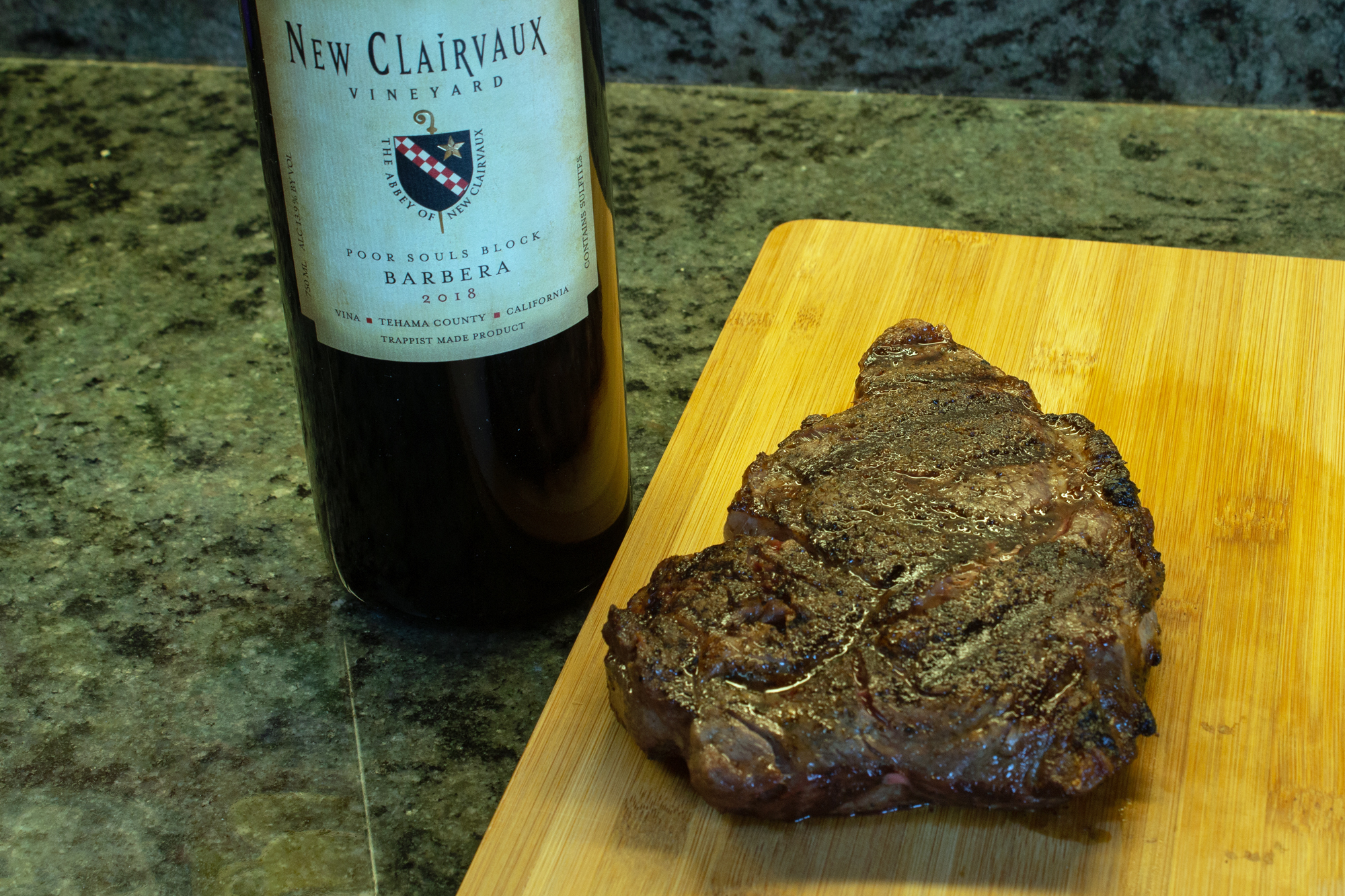 Cooking with the Weber Connect

Getting started with the Weber Connect was frustrating, because there’s only a quick-start manual in the box with little more than pictograms showing how to set up and use the device. You’ll need Weber’s mobile app, which is available for Android and iOS, but that’s not very useful in the beginning, either. It was only later that I discovered a complete user manual on Weber’s website, and I would encourage anyone buying this gadget to take a look it before you get started. 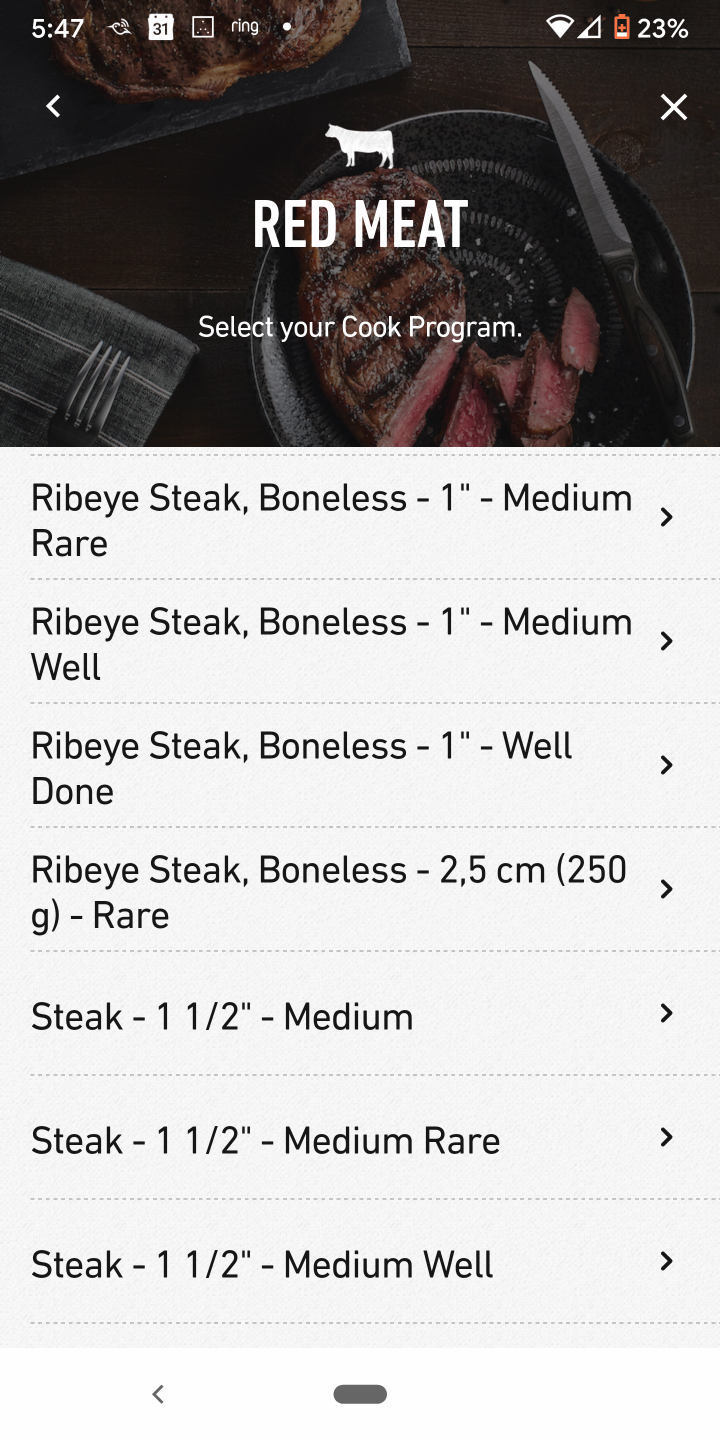 The app has you choose which type of meat you intend to cook: red meat, pork, poultry, fish, or lamb. These pre-programmed recipes are heavily slanted to beef, including ground beef, brisket, roasts, and various cuts of steak. And while the hub will track four temperature probes, the app will actively control only one recipe at a time. Having multiple probes still offers a benefit, though—if you like your steak rare and your spouse prefers it medium, the app will let you know when to take yours off the grill and you can then just monitor the app or the hub itself to know when to pull the other one.

You can indicate thickness for foods like hamburgers and steaks, or weight for roasts, as well as how much you want them cooked (rare, medium rare, medium well, or well done), but you must choose from presets for everything unless you just want to cook something to a specified internal temperature.

There are 15 lamb recipes (all variations of chops or legs), eight pork recipes (variations on chops, roasts, and two for pork shoulder), six poultry recipes (three variations on chicken breast, two for whole chickens, and one for a whole turkey, but there’s no setting for thighs or legs); and just four for fish (various sizes of filets or steaks, but no differentian by species). The app for Traeger’s connected grills, such as the Timberline 850 I reviewed early last year, includes hundreds of complete recipes. Then again, that grill retails for $1,799. 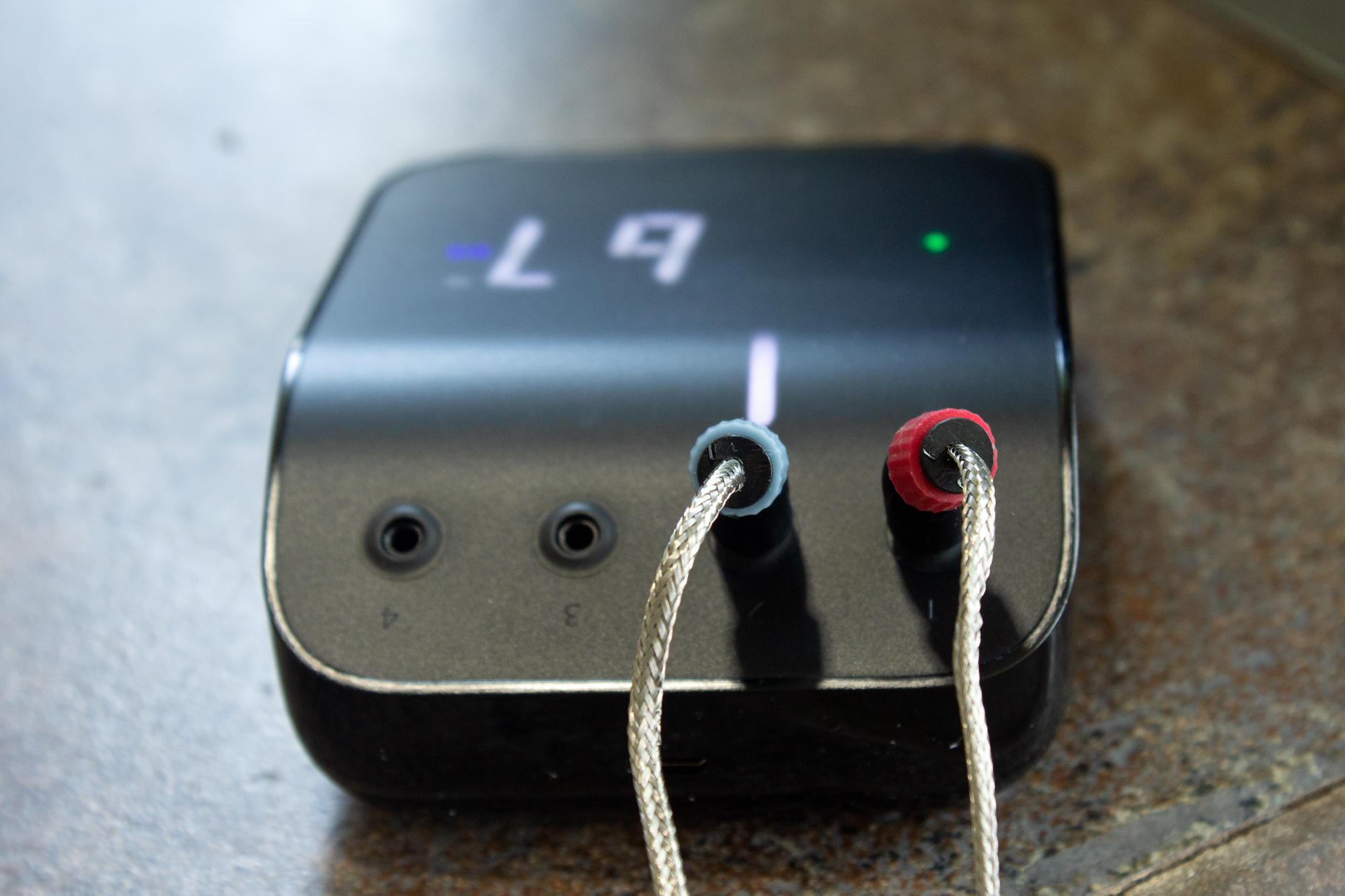 Once you’ve selected a recipe for your cook, the app steps you through the entire process, starting with recommending that you clean your grill and suggesting a temperature for you to preheat it to. The hub’s display will show the current temperature for each probe (push down on the lower half of the hub to switch between the inputs), and it will also display a countdown in minutes and seconds indicating when you’ll need to perform the next step in the cook, such as flipping a steak.

This countdown is based on the current temperature of the food, it’s not necessarily a timer. In other words, if the display indicates your roast has 30 minutes left to roast, you shouldn’t leave the grill for a half hour—if the internal temperature of the meat increases more quickly than anticipated, the timer will speed up because the meat will be finished earlier. By the same token, if you repeatedly open the grill to baste the meat, releasing the heat could extend the time of the cook. Fortunately, the mobile app will notify you for each step—it will even show short videos demonstrating how to do it. 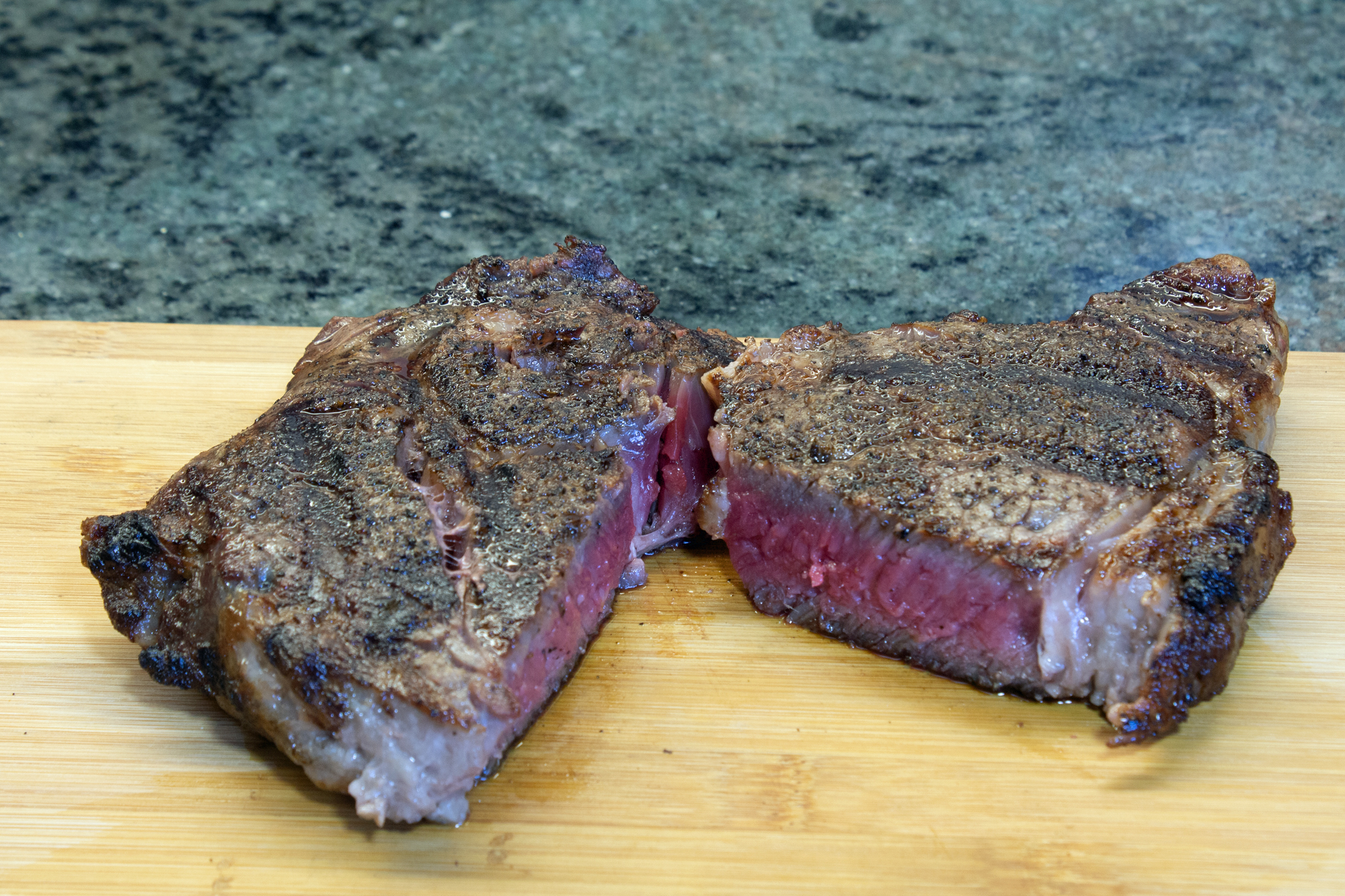 I like the Weber Connect, but it’s priced too high, especially if you need more than one food probe. Also, the app doesn’t include enough recipes—there’s nothing for ribs of any type, for instance. Yes, there’s a manual temperature setting, but that leaves it up to you to find out what that temperature should be—and at that point, there are plenty of cheaper digital alternatives that will do pretty much the same thing.

If your barbecue doesn’t have a thick lid, you might want to take a look at Apption Labs’ Meater thermometer as an alternative. It relies on Bluetooth, which has much less range than Wi-Fi, but at $69, it’s a lot cheaper than Weber’s device. The $99 Meater+ has a Bluetooth repeater in its charging block that greatly increases its range (to 165 feet); but if you need multiple probes and/or Wi-Fi, the only Meater model that offers that costs a cool $269.

The Weber Connect is a good alternative to buying an uber-expensive smart grill, but it’s expensive for what’s delivered and its app doesn’t include a wide-enough variety of meat recipes.

Previous ArticleIntel acquires Rivet Networks, the maker of 'Killer' WiFi cards
Next ArticlePS5 could be '100x faster than PS4' – and it's all because of this one feature
Comments (0)

Don't miss a deal at Turbo Tax
Best offers at Marks and Spencer
Discounts, Sales and Deals at Argos
Save your money with Newegg
Online-Shopping with Sephora
Best products at Brian Tracy
Latest Posts