Newly upgraded to NVMe, the cheap Blue SN500 will make you cheerful

WD Blue is a sub-brand that’s produced some excellent storage hardware. WD Blue internal hard disks are some of the best around, and WD Blue SSDs have typically followed the same path of delivering good speeds despite relatively low pricing.

However, there has been one issue with M.2-based Blue SSDs in particular: they’ve always used SATA instead of NVMe. That means despite using a motherboard port that can handle four-figure MB/s transfers, they’ve never been any faster than their larger, 2.5in counterparts.

WD Blue SN500 review: What you need to know 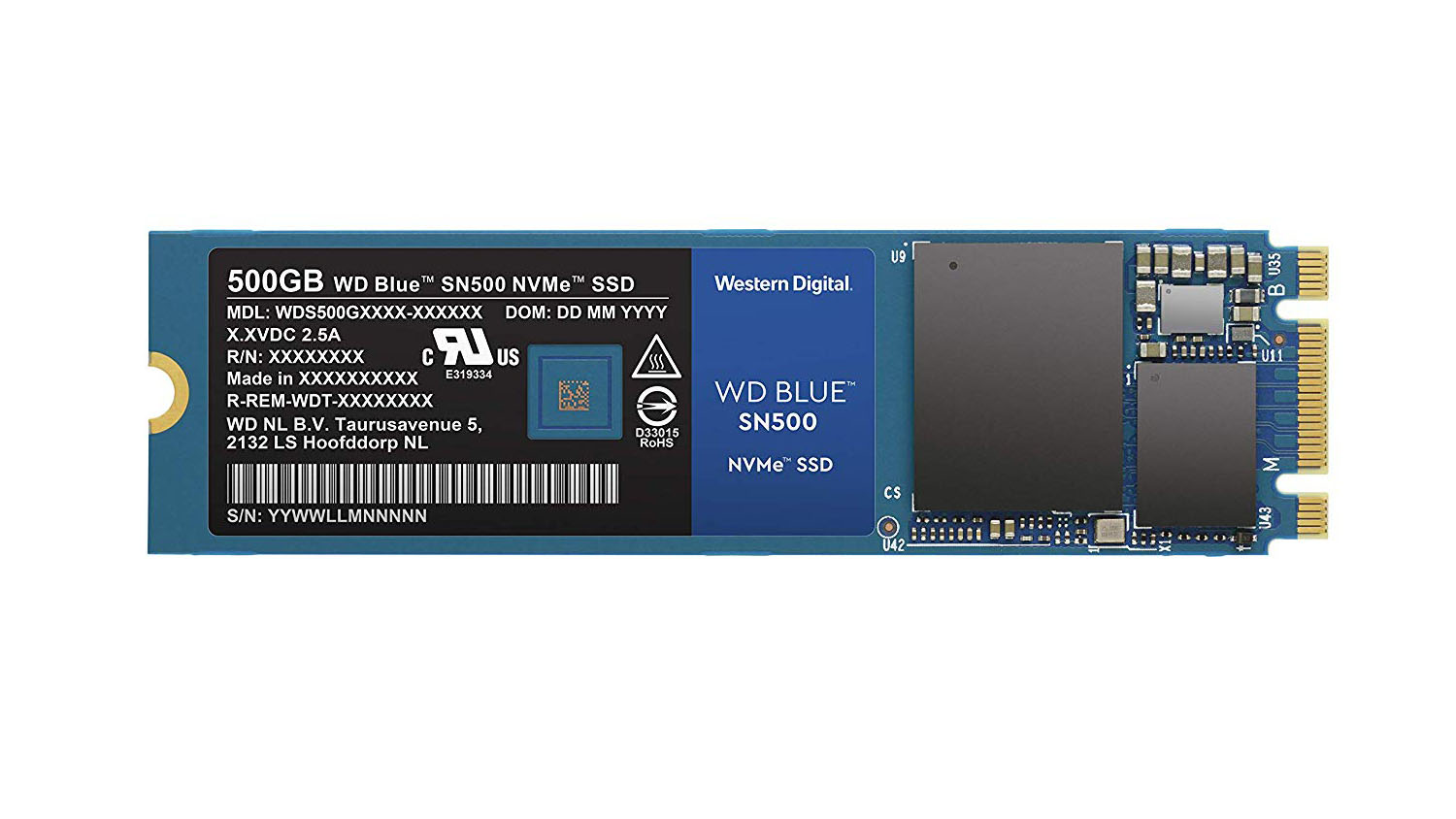 This finally changes with the WD Blue SN500, which switches to the NVMe specification, bringing huge speed boosts while keeping in line with the Blue family history of budget-friendliness. The 500MB model we tested, for instance, comes in at just 14p per gigabyte, and while the 250GB model isn’t quite such good value at 20p per gigabyte, it’s still very affordable.

While this might sound as if the Blue SN500 has a clear path to success, there are a few limitations that come with being so cheap. Although switching to NVMe has produced a big speed upgrade, its stated maximum read speed of 1,700MB/s and maximum write speed of 1,450MB/s are, by NVMe standards, middling at best. That’s just for the 500GB model, too: the 250GB drive is only given a peak write speed of 1,300MB/s.

There’s also the lack of larger capacities, such as 1TB, effectively forcing the purchase of an additional hard disk for anyone building a PC from scratch, as well as tough competition from the Crucial P1. This has its own drawbacks, such as (in a reversal of fortunes) there being no smaller capacity options below 500GB, but in our file-transfer benchmarks the P1 at least managed to keep pace with much more expensive NVMe SSDs. The 500GB model is also slightly cheaper than the Blue SN500, working out at 12.7p per gigabyte (albeit having had a few months for prices to drop; it launched at 16p per gigabyte). 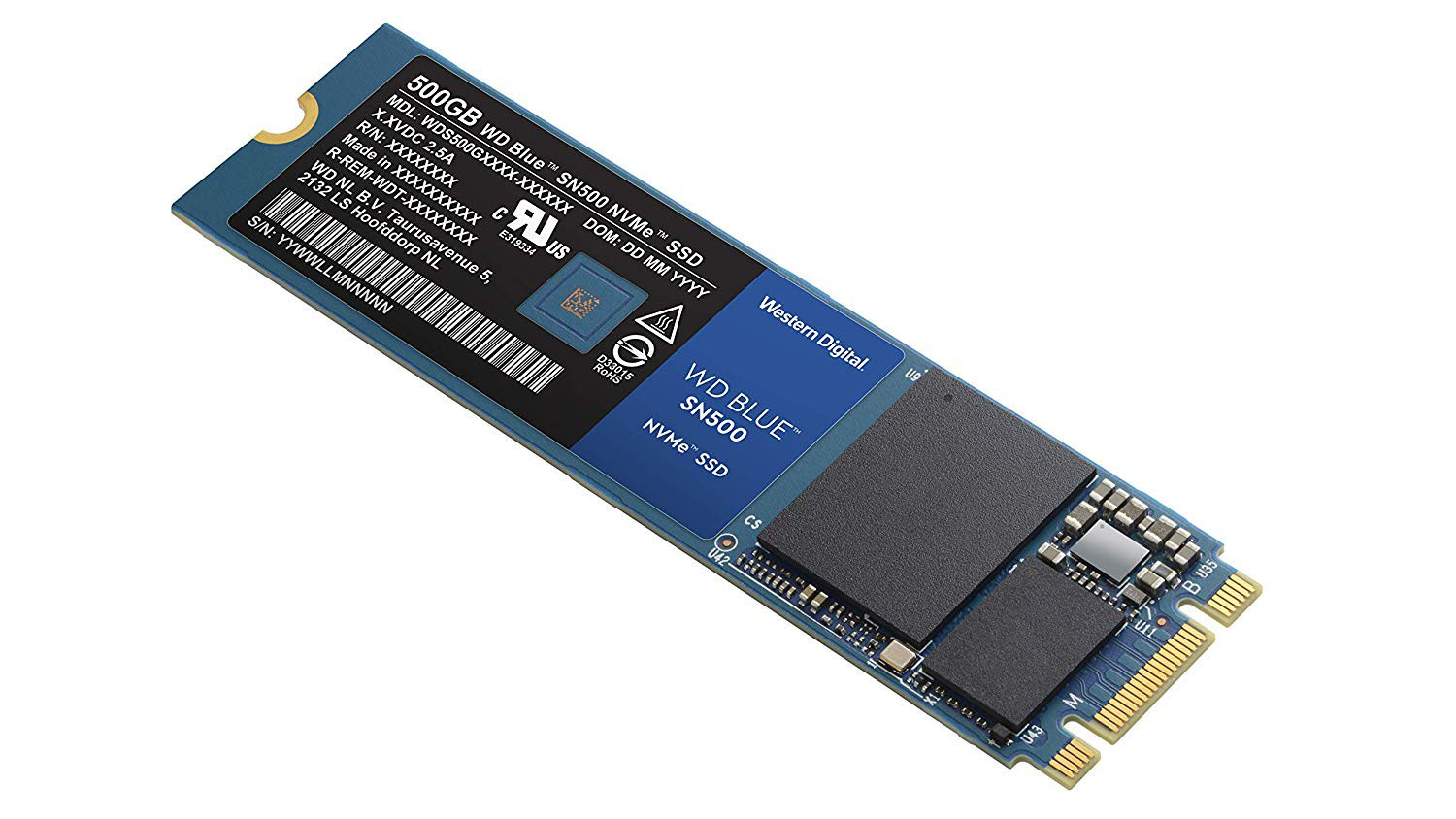 Interestingly, CrystalDiskMark revealed these two budget drives trade blows when running at their best possible speeds. In the easygoing sequential tests, the Blue SN500 recorded a read speed of 1,771MB/s and a write speed of 1,454MB/s, so it’s slower at reading data than the P1 (which recorded a 1,910MB/s read speed) but also much faster at writing data, considering the Crucial SSD’s 981MB/s write speed result.

The P1 was a little quicker overall in CrystalDiskMark’s tougher 4K sequential test. The Blue SN500’s write speed result of 261MB/s is about 3MB/s faster than that of the P1, but its read speed of 299MB/s is a full 38MB/s slower. Despite our own file transfer tests working a lot differently to straight sequential tests, the Blue SN500 continued to show off a write speed advantage. In the huge file test, for example, it averaged a read speed of 953MB/s, which is decent but not particularly fast, and a write speed of 1,063MB/s, which easily tops the P1’s 999MB/s.

It wasn’t as competitive in the large files test, as the Blue SN500’s read speed of 941MB/s and write speed of 965MB/s both fall behind the P1’s equivalent results, but the WD came out on top in both parts of the most difficult small files test, averaging a 376MB/s read speed and a 475MB/s write speed. That latter result is particularly strong – even one of the fastest overall SSDs we’ve tested, the Samsung 970 Evo Plus (Shopper 375), only produced a write speed of 440MB/s. 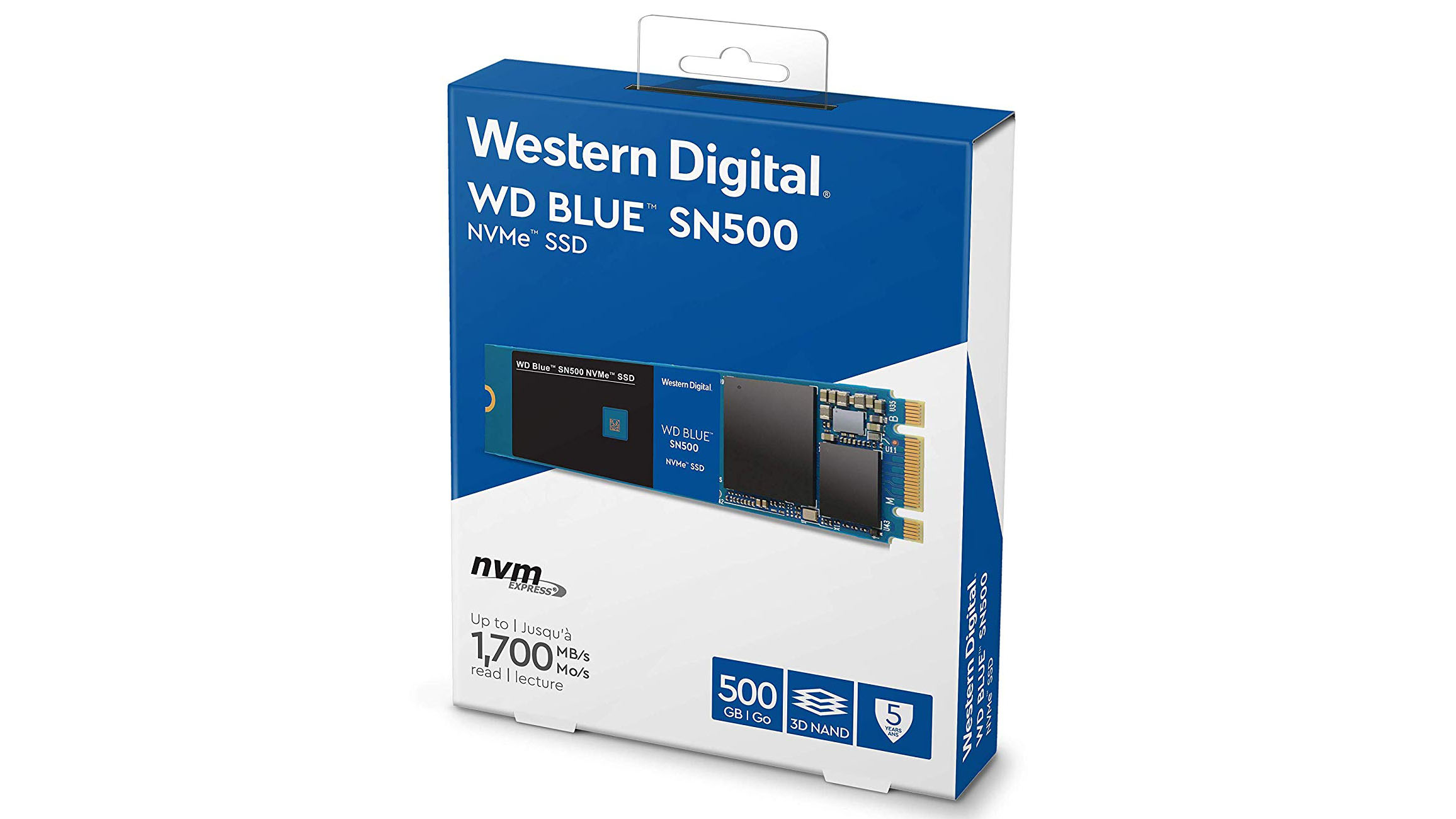 In the end, the Blue SN500 and Crucial P1 come incredibly close on performance. Calculate the average overall speeds for the huge, large and small file tests, then find the average of those as well, and the Blue SN500 comes out with 792MB/s, a practically insignificant difference to the P1’s 789MB/s.

If there are distinctions worth mentioning, they would probably be how the SN500 often has faster write speeds, while the P1 is faster at reading. An argument could be made that the P1 is therefore better for gaming systems or applications that take a long time to load, but frankly we’re not convinced you’d notice a meaningful difference between these two SSDs in everyday use. The Blue SN500 is also somewhat more durable, its 500GB model being rated for 300 terabytes written (TBW) – twice that of the 500GB P1’s 150TBW – so it might be better suited to workstations.

Otherwise, however, there’s very little in it. That’s no bad thing: both of these drives are cheap yet fast, offering performance in the most common file transfer tasks (rather than purely sequential tests) that’s just a couple of steps down from the very best consumer SSDs, and far higher than you might expect from a budget device. It’s a shame there’s no 1TB option for the Blue SN500, but then it does fill a gap left empty by the P1 – so you can have the 250GB Blue SN500 if you only want a small SSD, or the P1 if you’d prefer a larger 1TB drive.

Don't miss a deal at Virgin Media
Best offers at Mobiles
Discounts, Sales and Deals at O2 Mobile
Save your money with Ancestry
Online-Shopping with Vimeo
Best products at Farfetch
Latest Posts