The Vizio V-Series 2.1-Channel soundbar may not come loaded with features, but audio quality is where it really counts – and it sounds great.

The new Vizio V-Series 2.1-Channel Soundbar is one part of a complete revamp of Vizio’s audio lineup, and it represents the company’s entry-level offering.

There was a time when getting great living room audio meant paying an arm and a leg. That, however, has changed. These days you can get a decent soundbar or set of speakers to seriously improve on your TVs audio for under $200.

But at such a low price, it’s almost unthinkable that Vizio wouldn’t have to cut some major corners. The result is a soundbar that may not come loaded with features, but delivers in the one area that really counts: sound quality.

The Vizio V-Series 2.1-Channel Soundbar is new for 2020 and came out on June 30 2020 for $179.99. That’s definitely on the cheaper side for soundbars, especially ones with a wireless subwoofer like the Vizio V-Series has. 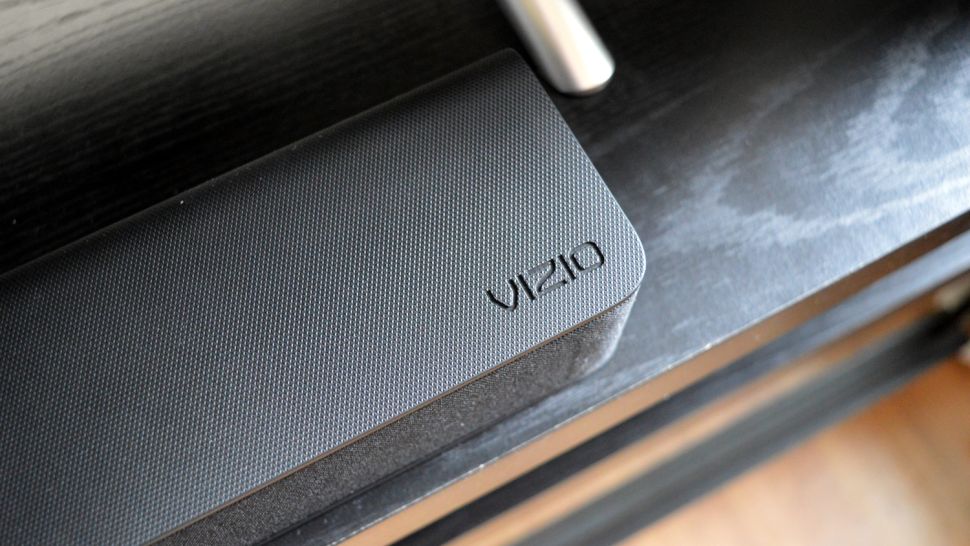 The Vizio V-Series Soundbar doesn’t break the mold – but that’s not necessarily a bad thing. The device is far from ugly, and it’ll look good in front of any TV, without drawing much attention to itself.

On the front of the soundbar, you’ll get a nice textile covering, while on the top and bottom there’s a plastic housing. Also on the top is where you’ll find physical buttons to control the soundbar in the event that you don’t want to use the remote. There are volume controls, an input selector, a Bluetooth button, and a power button.

On the back is where you’ll find the inputs and outputs of the device. There’s a HDMI ARC input, an optical input, and two aux ports – one of which is aimed at being used specifically for a virtual assistant. We’ll get into what that means a little later, but it’s a nice touch on a soundbar in this price range.

The Vizio V-Series 2.1-Channel soundbar comes with a subwoofer that connects to the bar wirelessly, and it’s relatively sleek and stylish too. It’s another black box, with a power button and bass port on the back. There’s little you have to do with the subwoofer except find a place to put it and plug it in – after which it’ll automatically connect to the bar, and you can pretty much forget about it.

Last but not least is the remote, and it’s pretty easy to use and well-designed. The remote offers controls for inputs, volume, and EQ settings. The soundbar itself indicates its input based on the color of LED light on the front – and on the back of the remote there’s a key to help you figure out which input is which. We would have preferred a different way to determine which input the soundbar is set to, but the color-coded system works fine, and many will probably set it and forget about it anyway.

Setting up the soundbar is extremely easy… unless you forget about the input key, like we did. Simply plug it in, change the audio settings on your TV if you need to, and set the right input. 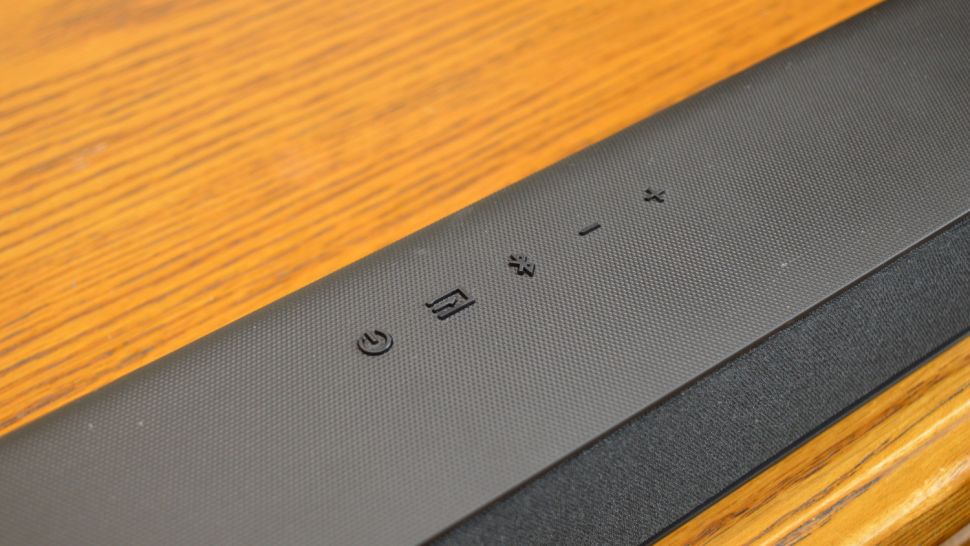 The Vizio V-Series 2.1-Channel Soundbar has a decent selection of special features that should help make it more useful than some others. For starters, there’s the virtual assistant support, which is handy for those who want to use a smart device like an Echo Input or Echo Dot on a bigger speaker. Of course, it would have been even nicer if Vizio went a step further and actually offered a digital assistant built in, but in the absence of that, the assistant support it does offer is pretty nice.

There’s also a mode to allow the assistant to speak over the speaker even when it’s set to another input, which is handy since you probably won’t want to keep the assistant as the only thing that can play. That can end up biting you in the butt at times though – it treats all Bluetooth connections as virtual assistant connections, and as a result you can end up accidentally playing your phone’s audio over your TV show. It makes sense this would happen, but it’s still annoying.

You won’t get support for all the fancy audio standards on this soundbar, but for a product in this price range, it does well. You’ll get support for DTS Virtual:X, through the three speakers built into the soundbar, and the subwoofer. Plus, you can pretty easily tweak the overall EQ of the audio straight from the remote. 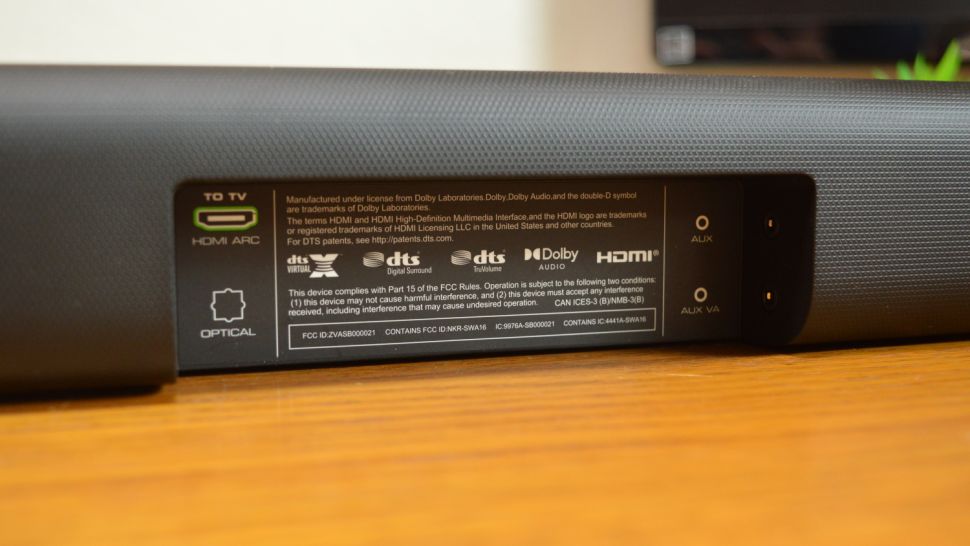 A smorgasbord of features are great, but actually sounding great is another thing altogether. Thankfully, the Vizio V-Series 2.1-Channel soundbar delivers there.

For starters, the bass response on the soundbar is heavy and strong. The subwoofer technically only supports audio down to 50Hz, but even that is enough to seriously rumble a room in the case of an explosion or car engine.

The mid range delivers too. The soundbar offers a relatively warm frequency response, with a decent amount of low mids, and slightly tucked away high mids. That’s not a bad thing – while not completely flat, the warm-and-scooped frequency response is common for a reason: It sounds pretty good, the majority of the time.

The highs are well-defined and clear, ensuring that there’s a good amount of detail, no matter what you’re listening to. Sure, you won’t get the same detail that you would expect from much more expensive speakers, but it’s certainly going to be better than the speakers built into your TV.

The soundbar sounds great in a variety of different settings, both for watching TV shows and movies, and simply for listening to music. Whether we were watching something explosive and action-packed, like Avengers: Endgame, or something a bit toned-back, like Brooklyn Nine-Nine, the soundbar delivered well-separated audio with enough detail to keep things interesting.

The DTS Virtual:X support is a nice touch too. The majority of the time, we kept the setting turned on, as it added an immersive touch to the audio experience that didn’t feel gimmicky or badly-implemented. Sure, actually having rear speakers, as you would get in the 5.1-Channel configuration, will definitely deliver an even more immersive experience, but without actual surround sound this is the next best thing in this price range. 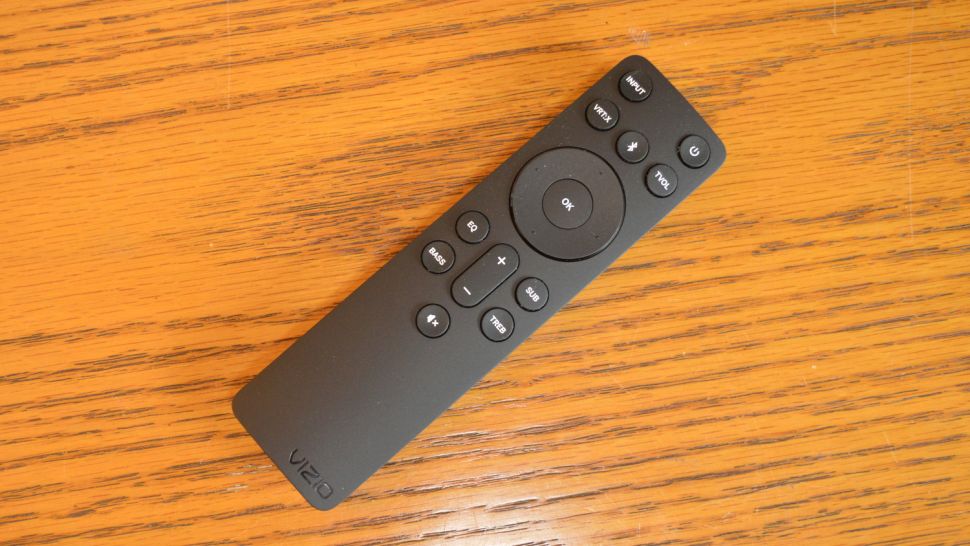 Vizio has been a budget and mid range champion for more than a few years now, and the V-Series 2.1-Channel soundbar is a perfect example of why. The soundbar is relatively no-nonsense, but it offers some handy features to help it fit in in a world of digital assistants and increasingly intelligent audio algorithms.

It’s not perfect though. While the virtual assistant support is nice, you’ll have to remember to manage your connections and inputs, and while the DTS Virtual:X support is immersive, it’s worth upgrading to the 5.1-channel setup if you can afford it and have the space. But, if you have a budget of under $200 and want a step up from your TV’s built-in speakers, you can’t do better than this.

Don't miss a deal at Currys
Best offers at Adobe
Discounts, Sales and Deals at Udemy
Save your money with Go Daddy
Online-Shopping with Microsoft Store
Best products at Bodybuilding
Latest Posts