Vizio has a well-earned a reputation for delivering high value at low prices, but I struggle to characterize the entry-level Vizio SB2020 that way. This soundbar has all the basic features you would expect to find in a $70 soundbar, but it delivered a disappointing audio performance.

While most budget soundbars want to be bigger (deceiving your brain into thinking size matters), the ultra-compact SB2020 does just the opposite. This speaker is absolutely tiny, measuring just 20 inches wide, 2.19 inches high, and 4.45 inches deep. It’s one of the few soundbars that will mate comfortably with a 24- or 32-inch TV. 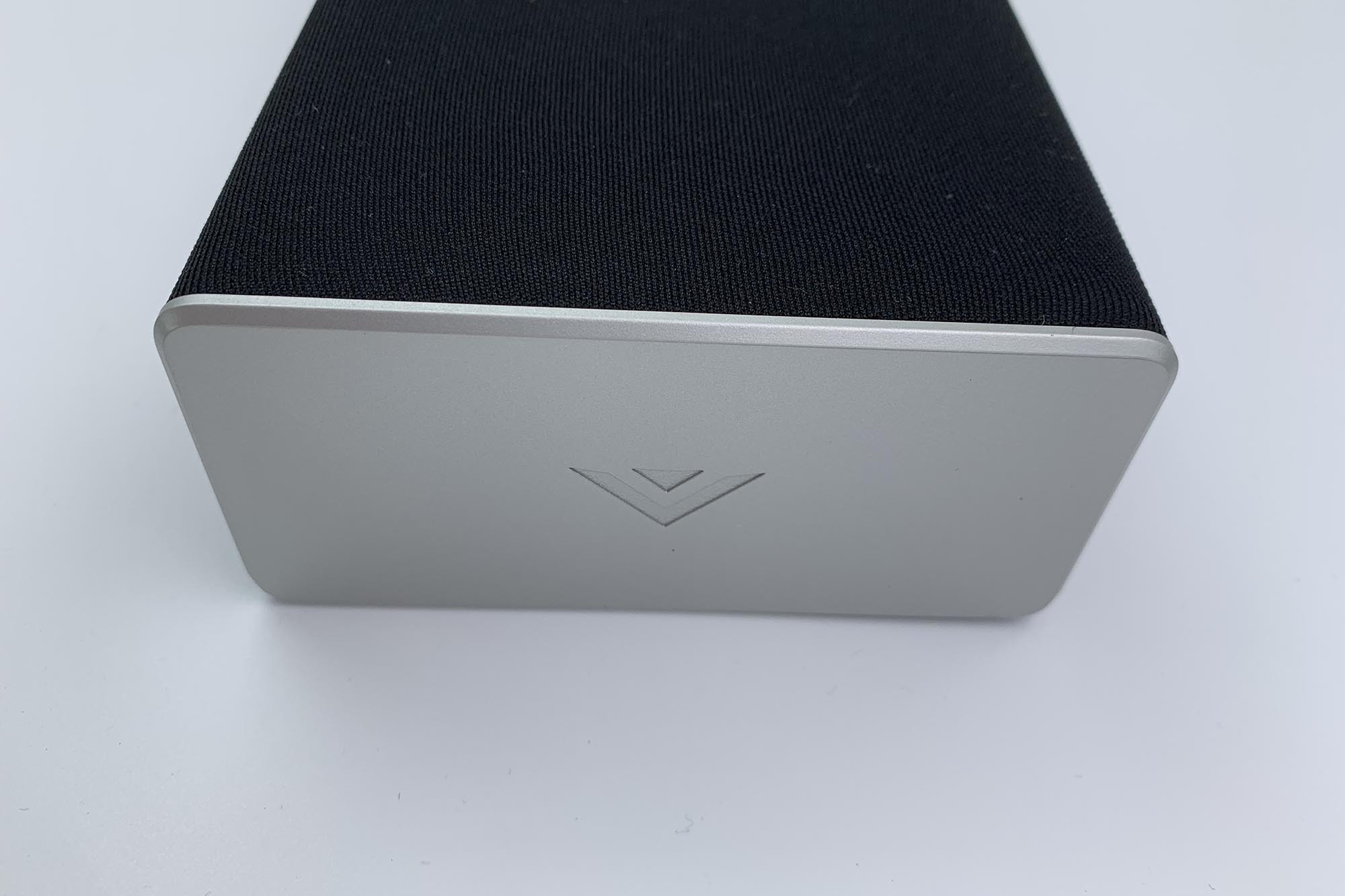 It’s also worth noting that the SB2020 is designed strictly for placement on furniture—it offers no wall-mount options. The speaker is wrapped in acoustically transparent cloth, with Vizio’s characteristic silver end caps stamped with the Vizio logo.

Inputs cover all the basics

The SB2020 has tactile buttons on top of its cabinet for basic operations such as power, volume, Bluetooth, and input. And it has all the inputs you’d expect to find at this price: Toslink optical, 3.5mm analog, USB, and Bluetooth. There’s no HDMI, but you can plug a wired subwoofer into its LFE output. There’s no Wi-Fi adapter onboard either, so it’s not compatible with Vizio’s outstanding Smartcast platform. But you could pair it with a Vizio TV that does have those features and not miss anything. 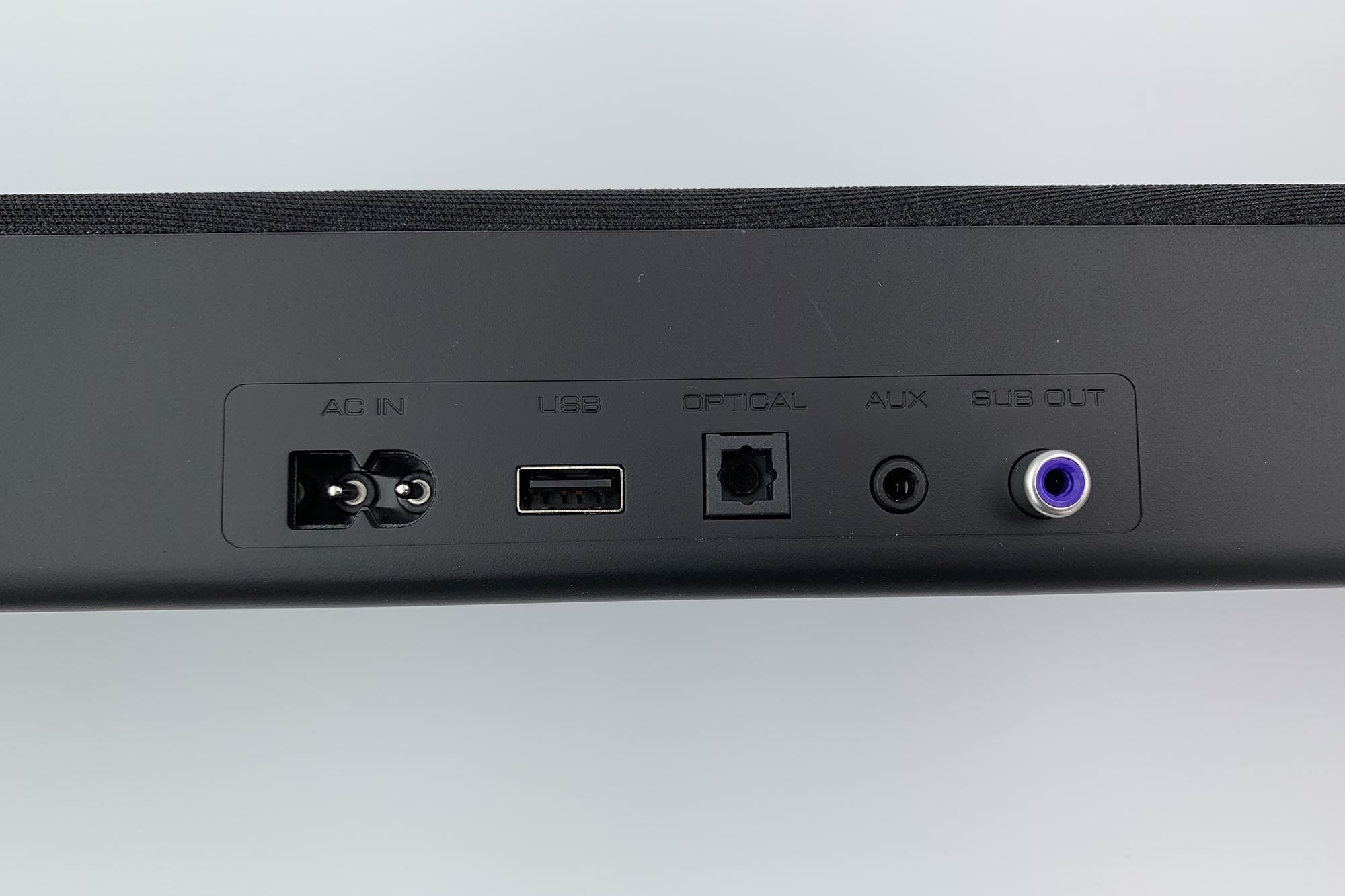 DTS Virtual X on board

DTS Virtual:X is one feature you might not expect to encounter on a soundbar at this price, but the Vizio SB2020 has it. DTS Virtual:X uses digital signal processing and psychoacoustics to simulate a three-dimensional audio experience without requiring additional speakers. It’s one of my favorite soundbar technologies.

DTS’s technology makes SB2020 sound way bigger than it has any right to be. Don’t be fooled, however, into thinking that this stereo soundbar will magically give you the sensation of being surrounded by 13 speakers, as you would in a true DTS:X setup. What DTS Virtual:X does well with the SB2020 is expand the front sound stage, making it taller, wider, and deeper. The sensation is noticeable, but I’d stop shy of calling it radical. I never got the sensation that there were discrete side or overhead effects during my review period. 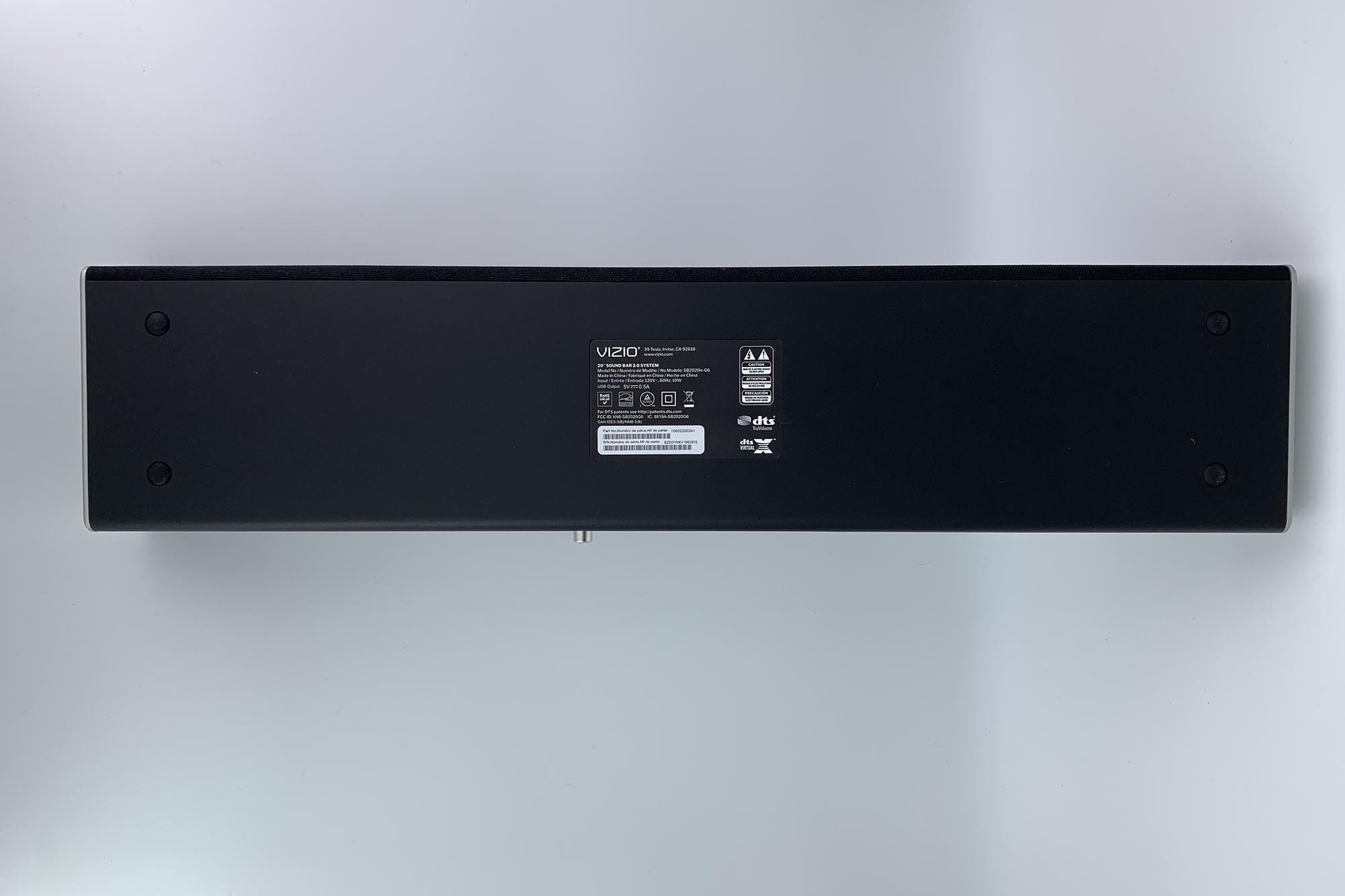 Almost every soundbar at this price point—up to around $200 or so—includes a cheap, credit-card style remote control. It’s refreshing to see Vizio buck that trend. The included remote is basic, but highly functional. Buttons are large and well laid out, and you can navigate them by touch in the dark—which is a good thing since the remote isn’t backlit. 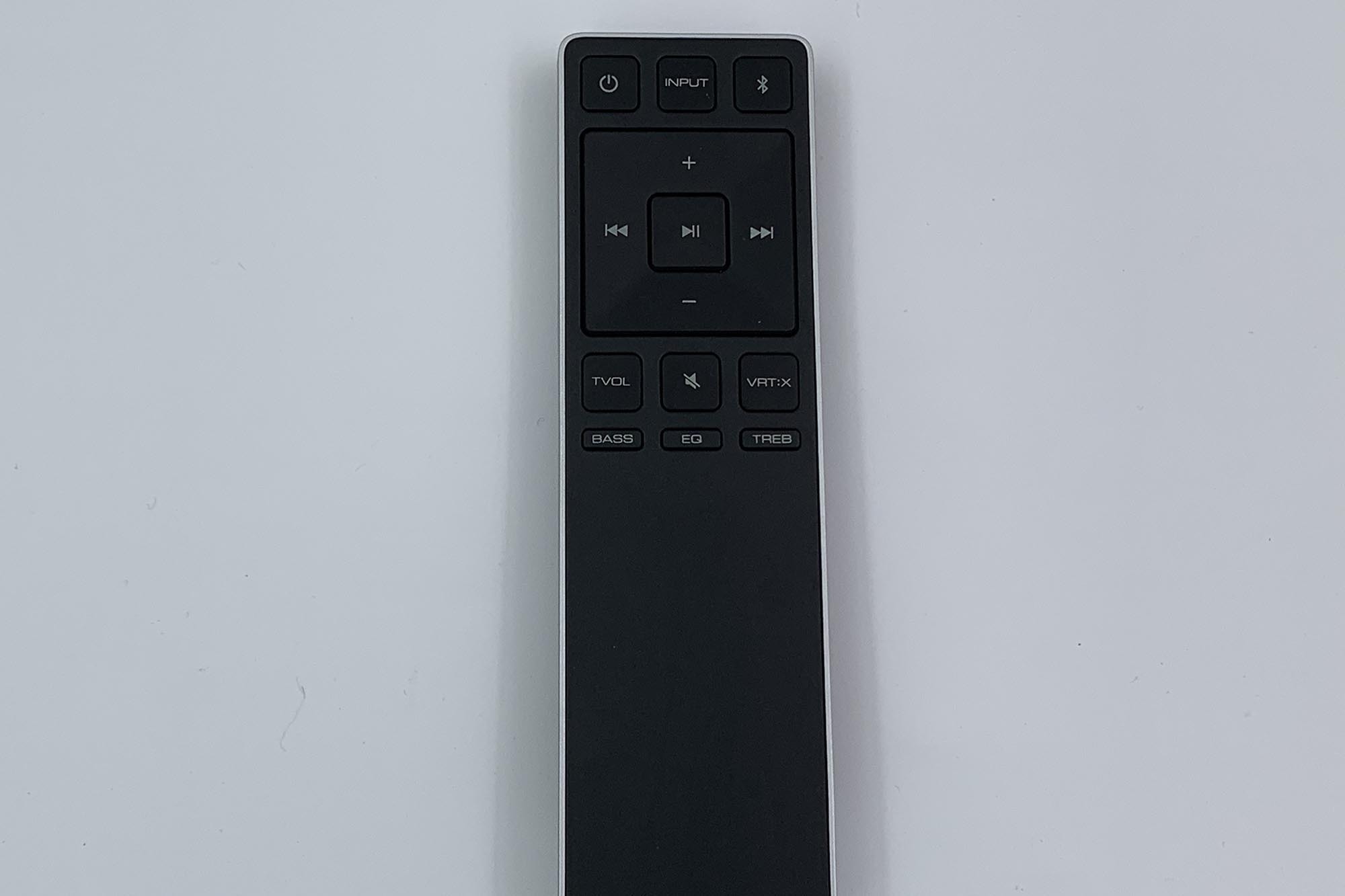 I had the opportunity to listen to the SB2020 at Vizio’s product showcase in New York in May. At the time, I noted that the SB2020 elevates the mid and upper bass and emphasizes the frequency range in which vocals reside. This soundbar has a forward presentation, with audible limitations in the audio band. Those same characteristics manifested themselves in my home environment. 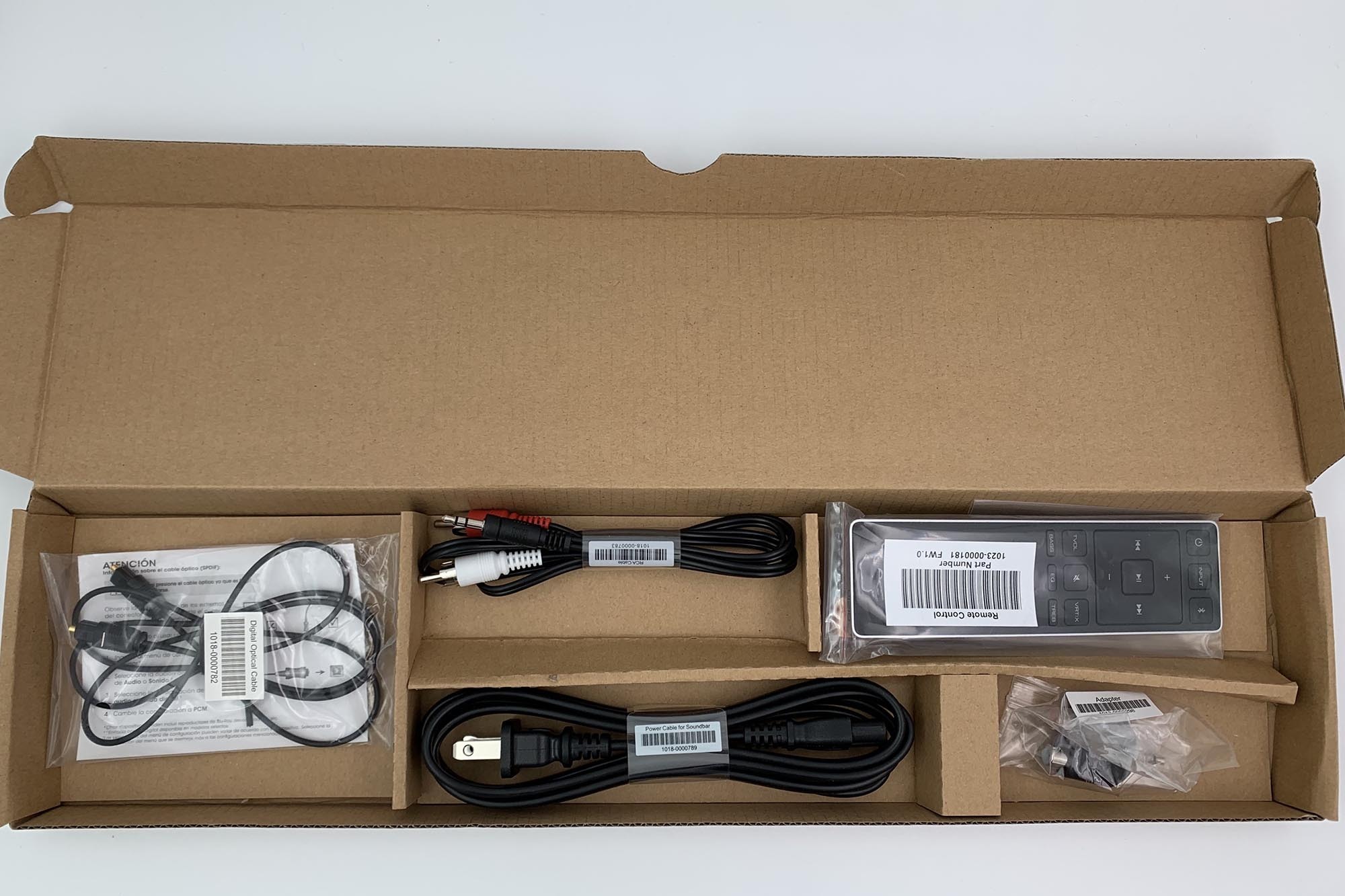 On Adele’s “When We Were Young,” the bass lines were boomy, but they delivered a euphonic sensation given the soundbar’s limited bass. Playing the Revivalist’s “Wish I knew You,” vocals were brought forward from the rest of the instruments.

Streaming tracks via Tidal over Bluetooth, the SB2020 fared well with male vocals and acoustic tracks. “Not bad for a $69 soundbar,” I thought to myself. It was just then that things went a bit south. The Vizio’s overall sound went from decent to downright terrible, depending on the track and musical instruments in it.

I decided to fire up Delta Goodrem’s “God Laughs.” Piano notes at the beginning of the song were downright terrible—a toy piano would have sounded better. Thinking there was perhaps something wrong with the track, I then set the Roon music zone to my Denon X8500H with RBH SVTR Tower Reference Speakers. The piano sounded natural. I switched back to the Vizio and heard the same problems. 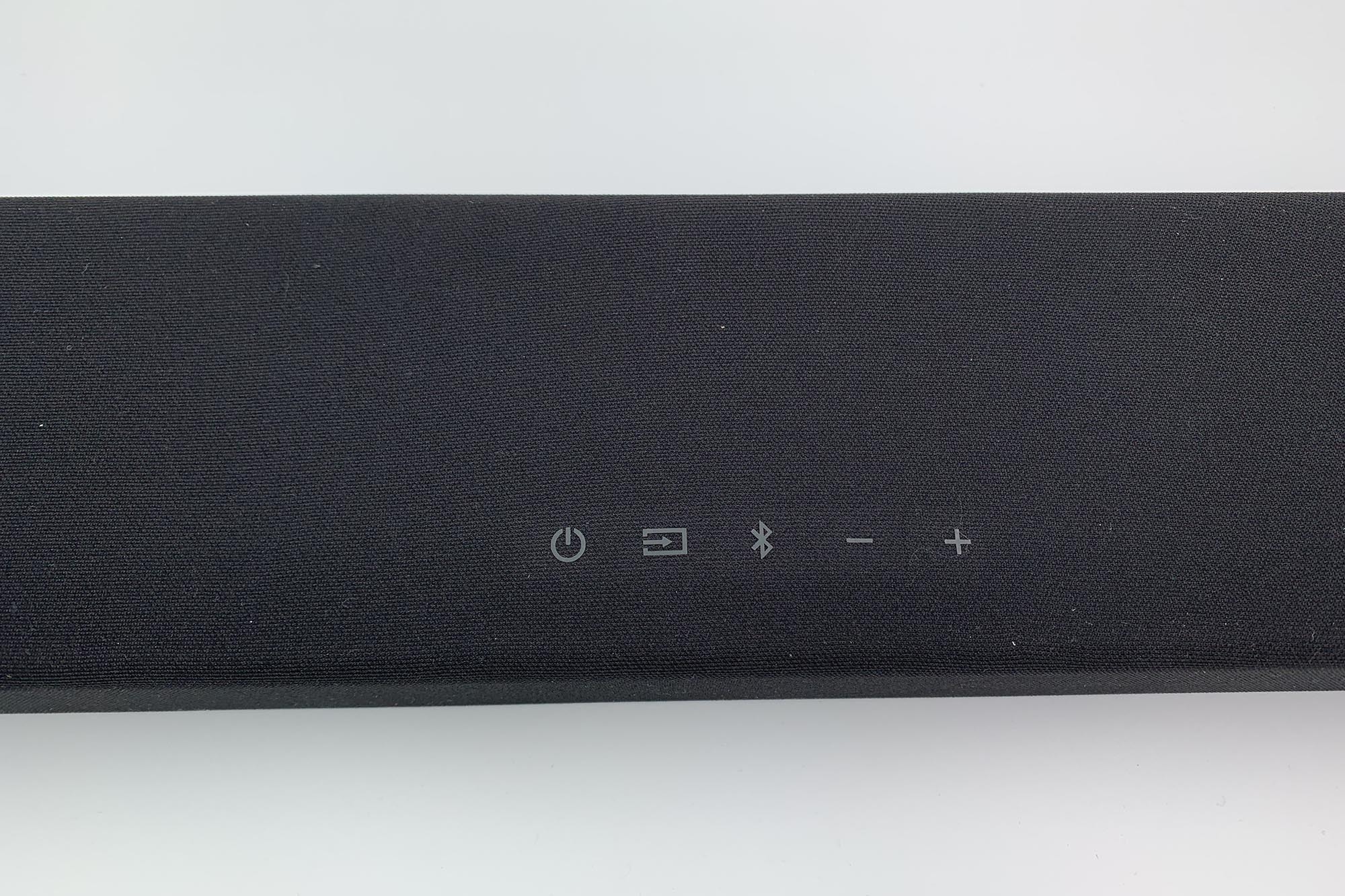 I then switched to Alycia Keys’ eponymous song, “Alycia.” The same problem reared its ugly head. Imagine Dragons “Bad Liar?” Yes, same distorted sound there, too. Piano notes on on Alycia Keys “Harlem’s Nocturne” and “If I Ain’t Got You” sounded tinny and terrible. At times, I even noted cabinet resonances. I tried turning DTS Virtual:X on and off, switching the EQ settings, and more. I finally concluded that the SB2020 simply could not reproduce all sounds faithfully within its range.

If that wasn’t enough, I then noticed another dark side to this ultra-compact soundbar: It struggles at high volume. My listening space is very large—more than 24 feet wide by 30 feet long. My listening position is about 14 feet away. When I cranked the volume on the SB2020, I could hear audible distortion start to kick in. The sound started making me feel anxious and was fatiguing to listen to. Lowering the volume calmed things down a bit. I noticed that once I got above 25 clicks above zero on the volume things started going down hill.

Switching to movies, I decided to throw in Gladiator. When I popped in the disc, the Vizio started telling me in a robotic voice, “Format not supported.” In case you’re not aware, Blu-ray players and some streaming boxes send the audio signal as a bit stream (e.g., Dolby Digital, DTS, or any of several others), expecting your audio system—a soundbar or an A/V receiver—to decode that data. Soundbars in this price range typically aren’t equipped with the processing chops to handle that task. 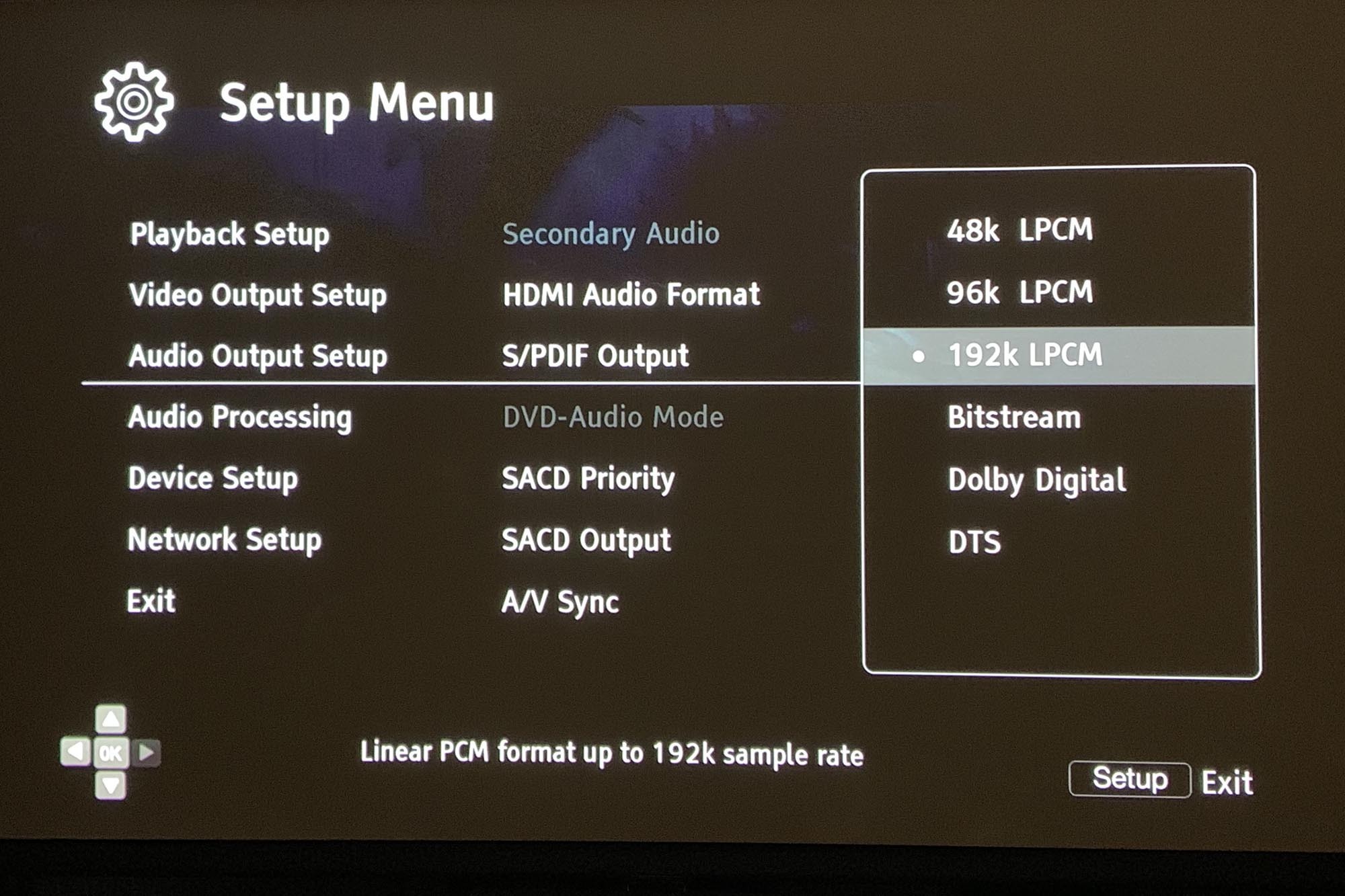 Enabling DTS Virtual:X on the soundbar expanded the sound stage on the opening scene, with the Roman army battling the barbarian horde. The diminutive SB2020 did yeoman’s work for its size, but lacked the muscle to deliver the full dynamics this scene possesses. And when Chapter 12 came up, the SB2020’s dark side started to come out. On Hans Zimmer’s score, “The Might of Rome,” certain notes became harsh. In that scene, as Caesar comes in on his chariot and the Roman senators are talking, dialog was very muddy—and at points—difficult to make out.

Vizio’s SB2020 soundbar scores points for its diminutive footprint, and its inputs and optional subwoofer output deliver significant value and flexibility. It will make a good companion for smaller, cheaper TVs in smaller rooms—provided you stay within its comfort zone. Go even a hair outside that zone, and you’ll instantly hit this soundbar’s limits—and those limits aren’t pleasant.

You will encounter the Vizio SB2020’s Dr. Jekyll and Mr. Hyde personality at some point. Only you can decide if its small price and proportions are a reasonable trade-off for its split personality. So by all means, if you need something this size, give it a shot. Just be sure to retain your receipt until you’ve given it a thorough audition in your own listening space.