According to its website, Urbanears is “a collective out of Scandinavia” that is most widely known for its high-quality yet affordable headphones. But the company also offers a portable Bluetooth speaker called the Rålis, which offers sumptuous sound and a surprisingly consistent tonal quality no matter where you are within its sound field. (TechHive reviewed Urbanears’ Baggen and Stammen Wi-Fi speakers in May 2018.)

The Rålis is quite substantial, measuring 7.7 x 7.2 x 5.4 inches (HxWxD) and weighing in at a hefty 6.2 pounds. A thick canvas carrying handle lets you schlep it anywhere, though it’s fairly bulky and heavy, making it somewhat less convenient than other models. Its simple, streamlined visage epitomizes classic Scandinavian design, and its IPX2 water-resistance rating means it will survive a bit of splashing.

Behind metal grilles within a rear-ported cabinet, two 2.0-inch mid/tweeters are powered by 5 watts each, and one 4-inch woofer gets its own 10W amp. One mid/tweeter faces forward, while the other one faces rearward; the woofer faces forward with a port on the back. The frequency response is specified from 50Hz to 20kHz (no tolerance given).

The Rålis uses what Urbanears calls a “Blumlein technique,” which is based on the work of audio pioneer Alan Blumlein. The onboard DSP compares the left and right channels of the incoming stereo signal and identifies similarities and differences between them. It optimizes the common and difference signals separately before mixing them together. 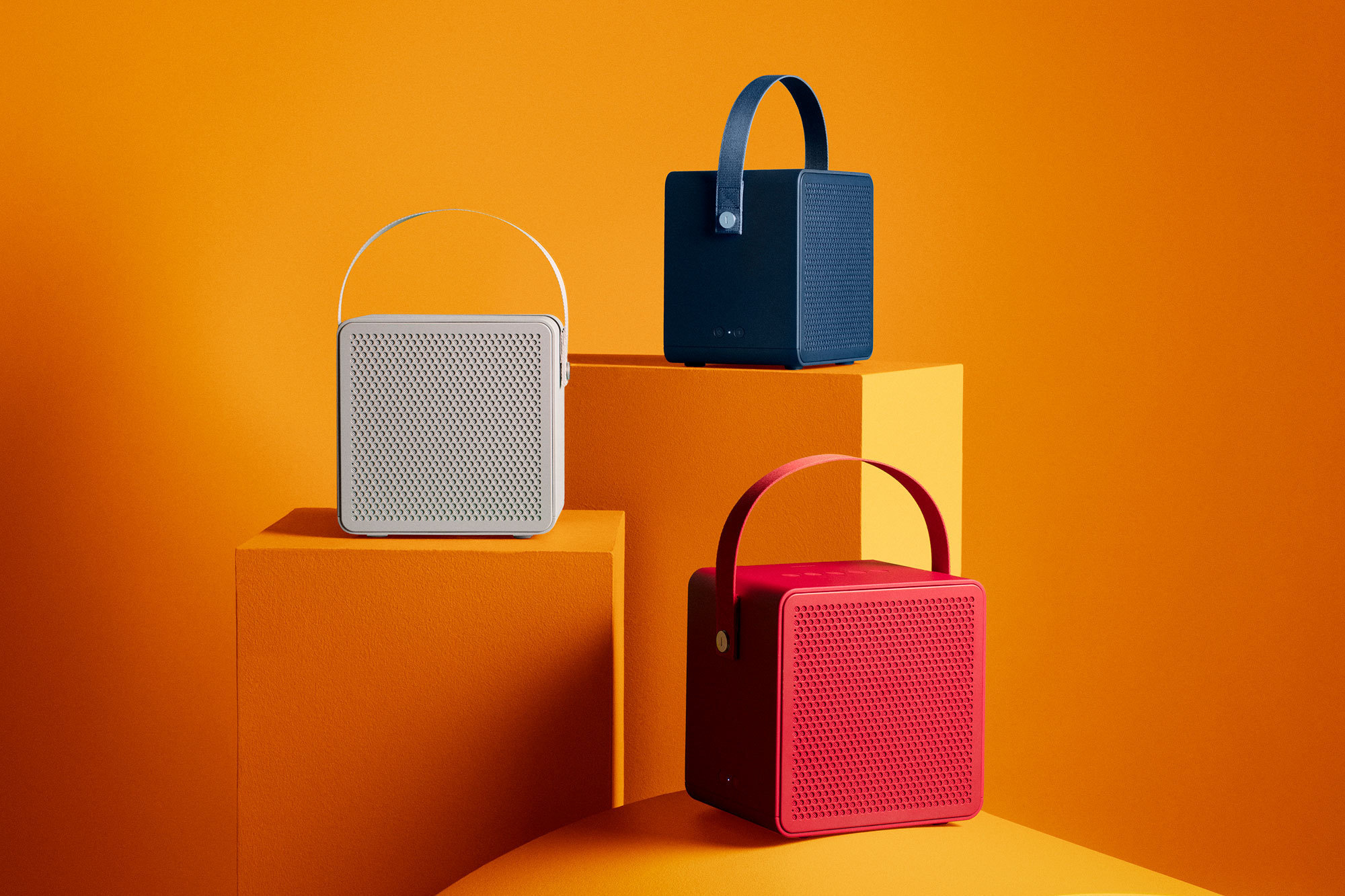 Interestingly, the front and rear mid/tweeters emit different sounds, but they aren’t simply the left and right channels of the original stereo signal. According to Urbanears, “The two signals coming out in the front and back differ from each other in a much more complex way.” As a result, “The sound is not only different and bigger, it is also more versatile for outdoor usage and life on the road. There are no sweet spots here; this product gives you a true 360° sound experience where any angle is the best angle.”

As a portable speaker, the Rålis battery provides more than 20 hours of play time on a full charge. Even better, charging takes only two hours.

The primary input is Bluetooth 5.0 with support for the A2DP and AVRCP profiles; it does not support advanced codecs such as aptX or AAC. It can wirelessly connect to two different Bluetooth sources, allowing them to share DJ duties. The only other input is a 3.5mm analog-audio jack that lets you connect non-Bluetooth source devices.

In addition, a USB port lets you charge your portable audio source, which is mighty handy. I wish you could also play audio files from a USB device, which would require a built-in media player. I guess you can’t have everything. 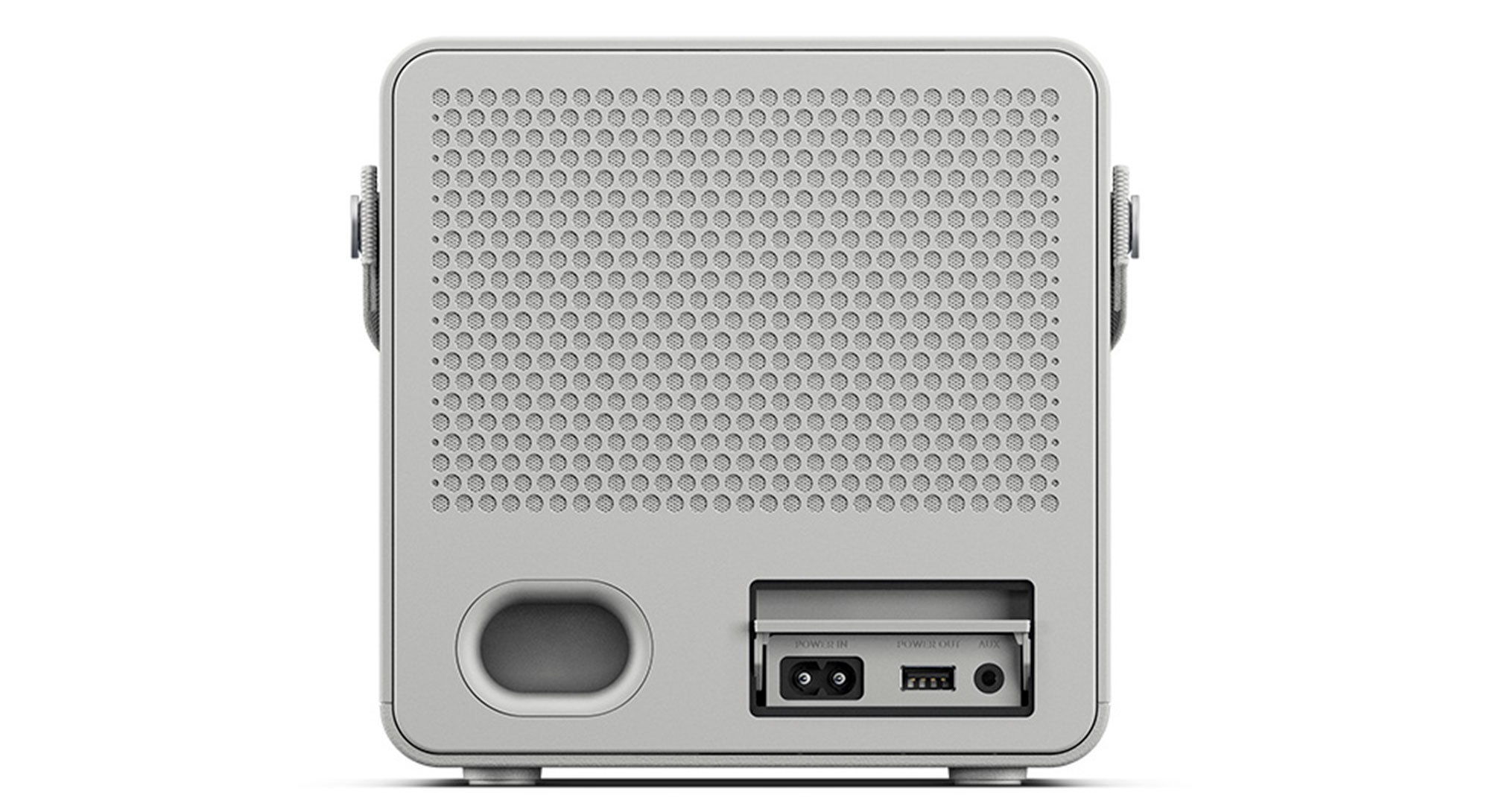 Most of the controls are found on the top of the unit. The flush-mounted physical buttons include play/pause, skip forward, skip back, volume up, and volume down. The power and Bluetooth pairing buttons are found on the side, along with a tiny LED indicator.

With a rear-firing mid/tweeter and a port on the back of the cabinet, it’s best not to place the Rålis up against a wall. I placed it on a table far from any walls.

Starting with “Dark Moon, High Tide” from the album Sound Magic, Vol. 1 by Afro Celt Sound System, the Rålis sounded rich, deep, and smooth on the synth-heavy track. The bass was a bit boomy, but not tremendously, and the rest of the sound was clean and clear. 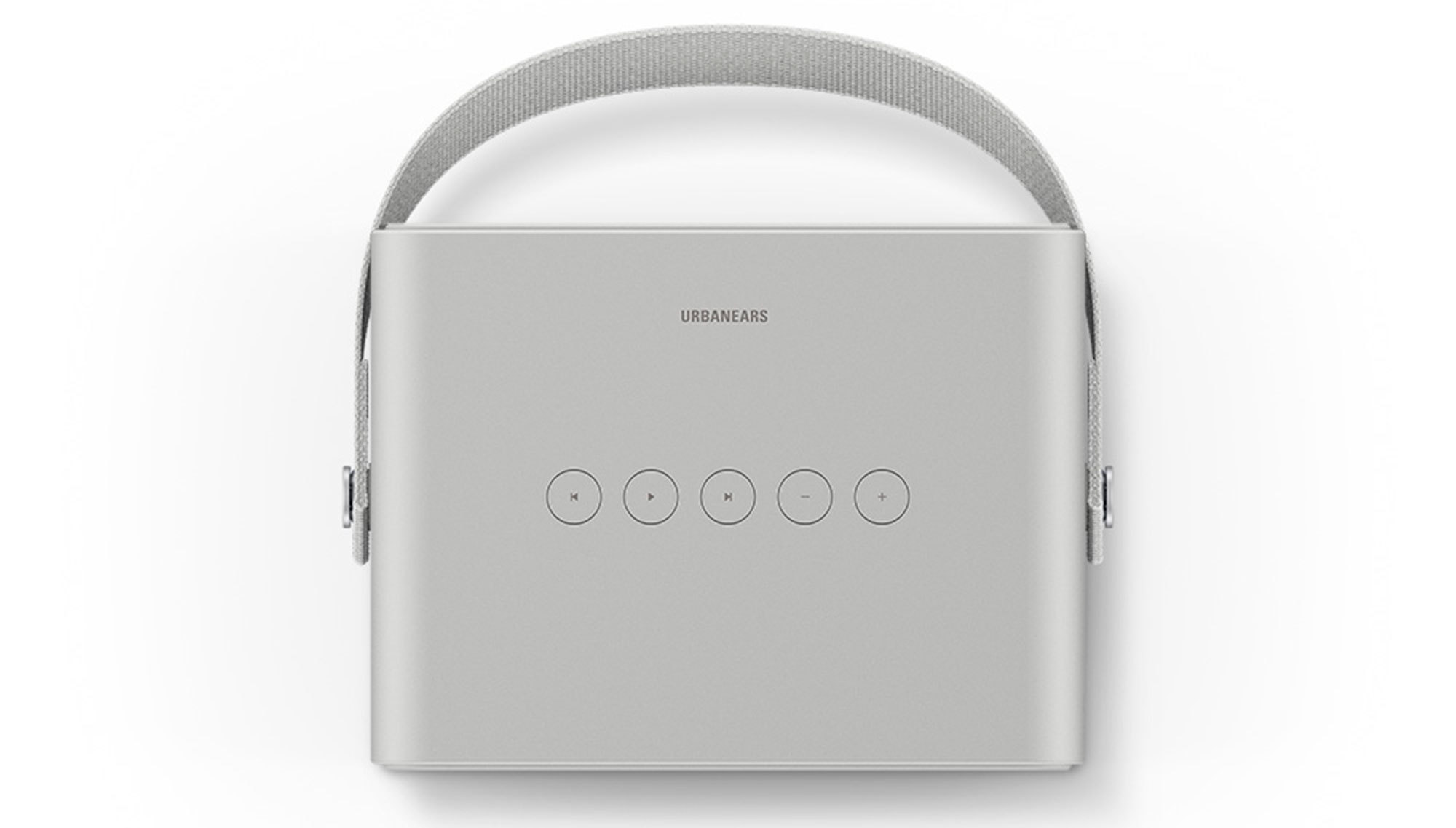 For a bass-heavy track, I listened to Paul Simon’s “The Boy in the Bubble” from Graceland. Once again, the Rålis had a deep rich sound with great rendition of Simon’s vocals. The bass was a bit boomy, but the effect worked better on this track than most.

Moving on to pure rock, I cued up Jimi Hendrix’s version of “All Along the Watchtower” from Experience Hendrix—The Best of Jimi Hendrix. As expected by now, the Rålis sounded great on the vocals and guitar, while the bass was still slightly boomy.

Turning to classical music, I played Three Ballads from the Catskills: III. The Old Spotted Cow, written by Norman Cazden, my wife’s father. The performance was by the Oslo Philharmonic Orchestra under Igor Buketoff. Interestingly, the bass was not as boomy on this track as I had heard on the others, and there was good delineation of the instrumental solos and sections.

Finally, I listened to the Canon in D by Johann Pachelbel as arranged for the Pachelbel String Quartet and recorded on its eponymous album. The Rålis had a nice, rich sound—a bit thick, but with good definition of the four instruments. I found myself really liking the sound of the cello coming from this speaker. 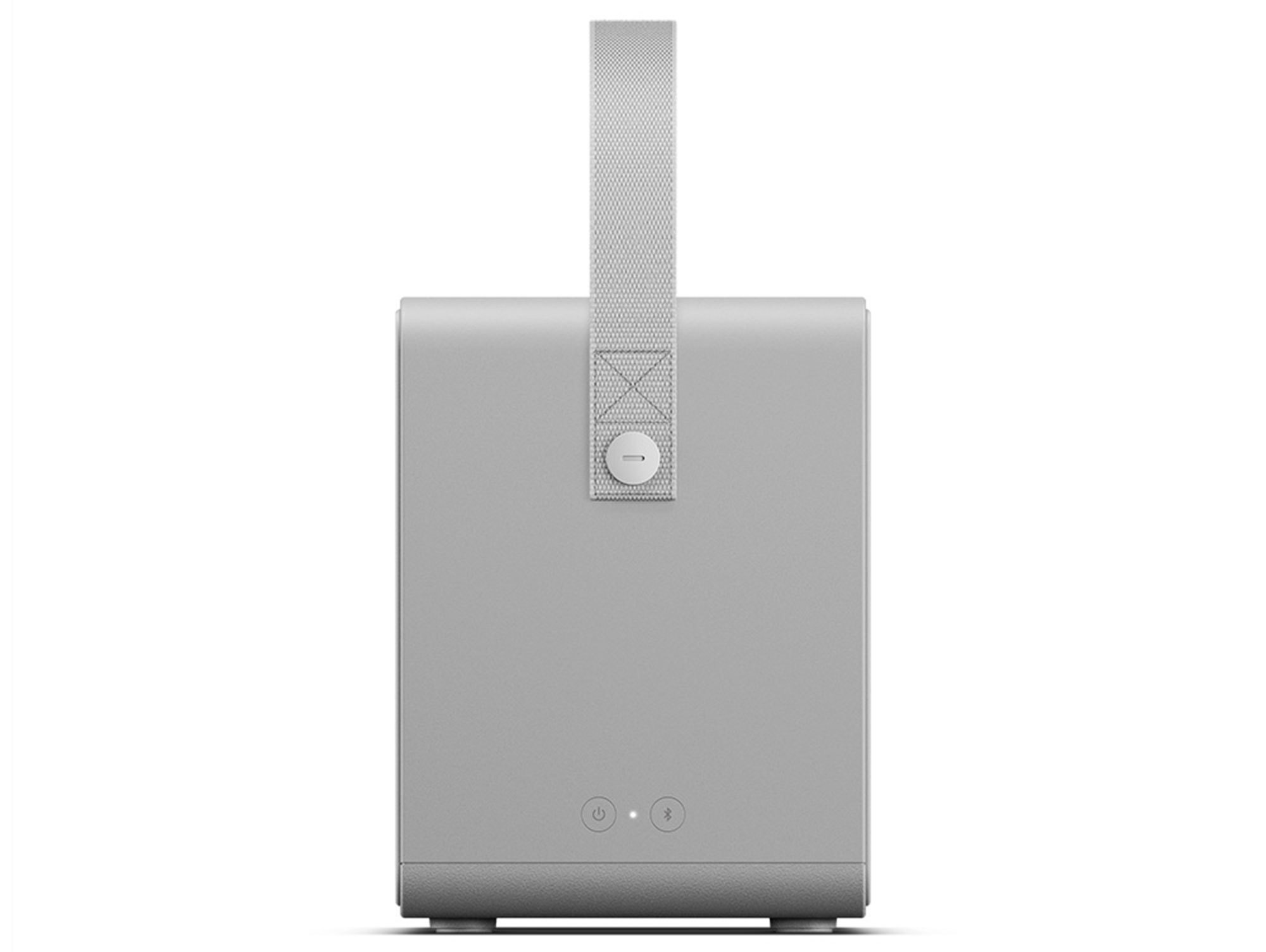 For comparison, I put the JBL Xtreme 2 next to the Rålis and played the same tracks on both. I reviewed the JBL Xtreme 2 for TechHive, and I like its sound very much. Also, as of this writing, its price is $219.95 on Amazon and JBL’s website, which is very close to the Rålis’ list price of $199.99.

In general, I found the JBL to be less boomy than the Rålis, though it still had plenty of bass. This was especially apparent on “Dark Moon, High Tide,” “Un Espejo,” and “All Along the Watchtower.” Interestingly, “The Boy in the Bubble” sounded slightly closed in with a bit less bass.

I thought the orchestral track sounded a bit strident on the JBL, while the string quartet was a bit thinner. However, these differences were pretty minor; it took a side-by-side direct comparison to bring them out. 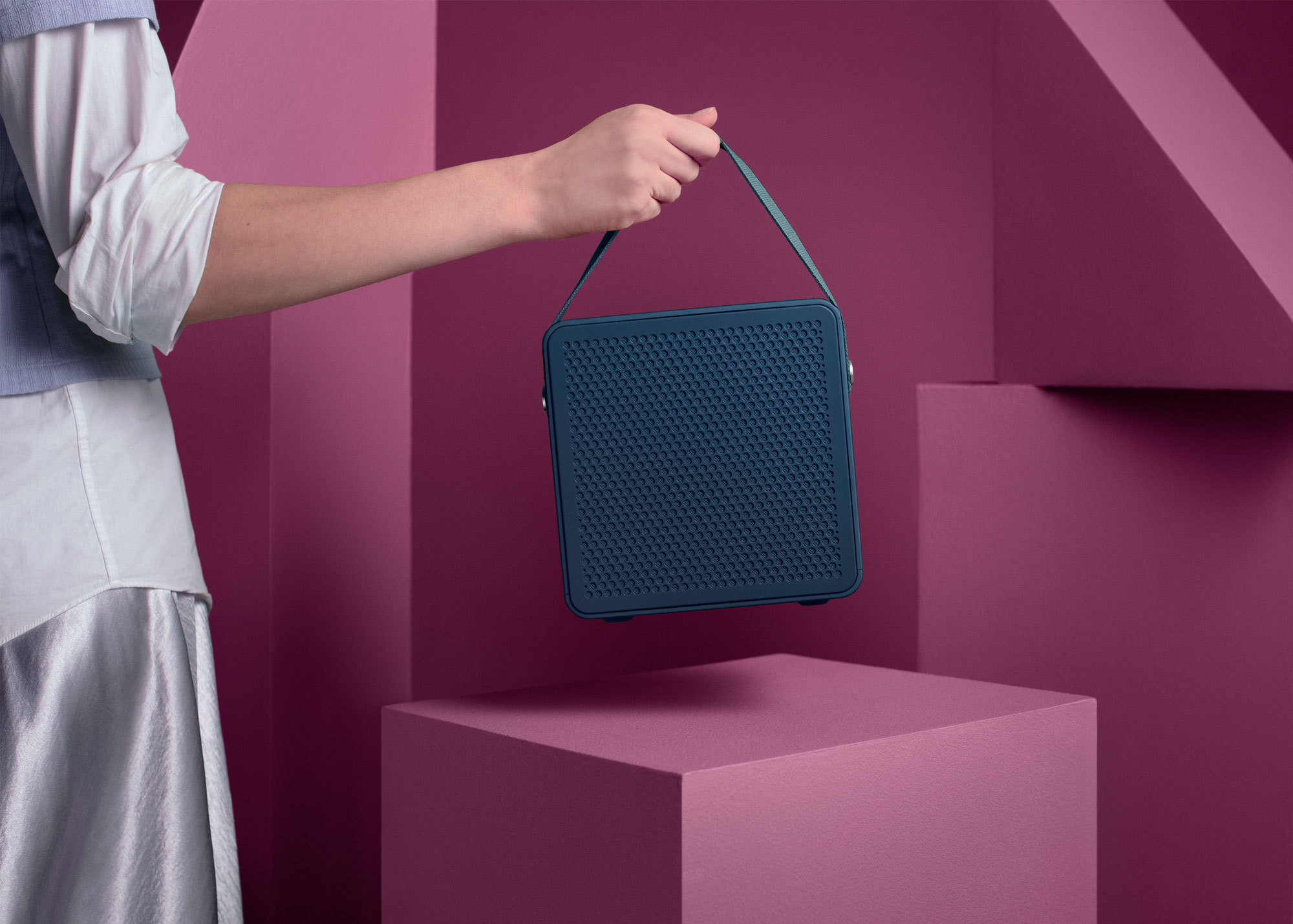 As I was listening to both speakers, I moved around to see how the sound changed at different positions. The sound of the Rålis was quite consistent except near 90 degrees off axis, where the mids and highs fell off somewhat, making the bass even more pronounced.

The Urbanears Rålis is a very good speaker

I really like the sound of the Urbanears Rålis. It’s rich, deep, and smooth with good clarity. The bass is a bit boomy on most tracks I listened to, but not enough to be a serious drawback—heck, bass heads will love it! And the so-called Blumlein technique works pretty well at making the sound consistent over a wide area around the speaker.

My only real concern is its size and weight, which are both a blessing and a curse. The large size allows for a relatively large woofer, and the weight bespeaks solid build quality. But you won’t be tossing this speaker in your tote bag with a bunch of other stuff; it requires some commitment to lug along.

If you make that commitment—which includes shelling out nearly $200—the Urbanears Rålis will rock your next gathering without calling attention to itself.

Its sumptuous sound is rich and smooth, though a bit bass-heavy—and it’s physically large and heavy as well—but overall, this is a fine example of Scandinavian design and engineering.

Previous ArticleSnapdragon 8cx could finally compete with an Intel Core i5 – will Windows on Snapdragon laptops no longer suck?
Next ArticleKorg launches a line of DIY music gear with a $100 synth
Comments (0)

Don't miss a deal at Boohoo
Best offers at The Home Depot
Discounts, Sales and Deals at Newegg
Save your money with Ticketmaster UK
Online-Shopping with House of Fraser
Best products at Microsoft Store
Latest Posts