TiVo Stream 4K review: A reboot for streaming (and for TiVo)

In more ways than one, the TiVo Stream 4K is an attempt to let the past die.

The $70 TV dongle (on sale for $50 through May 27) has little connection to TiVo’s storied DVR history. Instead of recording movies and TV shows, it streams them from online services such as Netflix, Hulu, and Amazon Prime.

But the TiVo Stream 4K is also a break from how most other streaming devices work. Rather than serving up a big list of apps to launch, TiVo funnels programming from several popular apps into one big TV guide, so you don’t have to bounce aimlessly between sources.

This is kind of rethinking has been long overdue in the streaming world, and it will become only more important as new streaming services proliferate. Still, it’s too early to declare TiVo’s big pivot a success. Unless it expands beyond the handful of services it supports now, TiVo’s streaming venture will succeed more as a proof of concept than as a killer consumer product. 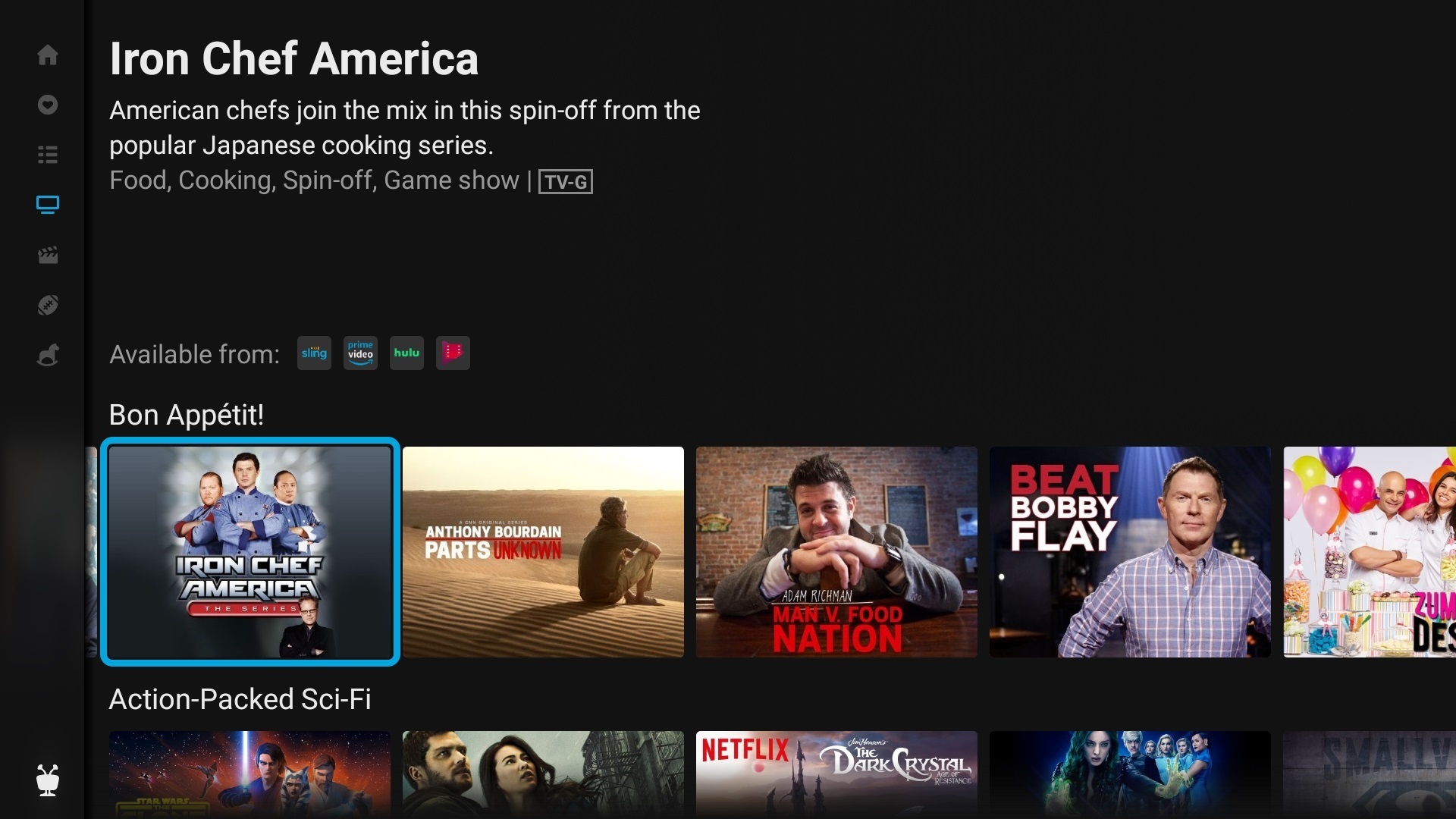 Compared to TiVo’s DVRs, the Stream 4K looks like an adorable miniature. The dongle itself has the same staggered edges as last year’s TiVo Edge DVR, but is small enough to hang away from the TV through its built-in HDMI cable.

The TiVo Stream 4K remote is equally cute, retaining the same peanut shape as TiVo’s DVR remotes, but with slightly less button bloat. It has TV controls for power, volume, mute, and input switching, along with Guide and Info buttons for TiVo’s live TV menus. There are channel number buttons and a “skip” button as well, but I haven’t found much use for those. Unfortunately, TiVo’s downsizing left off dedicated play/pause/rewind/fast forward keys, which would have been helpful. 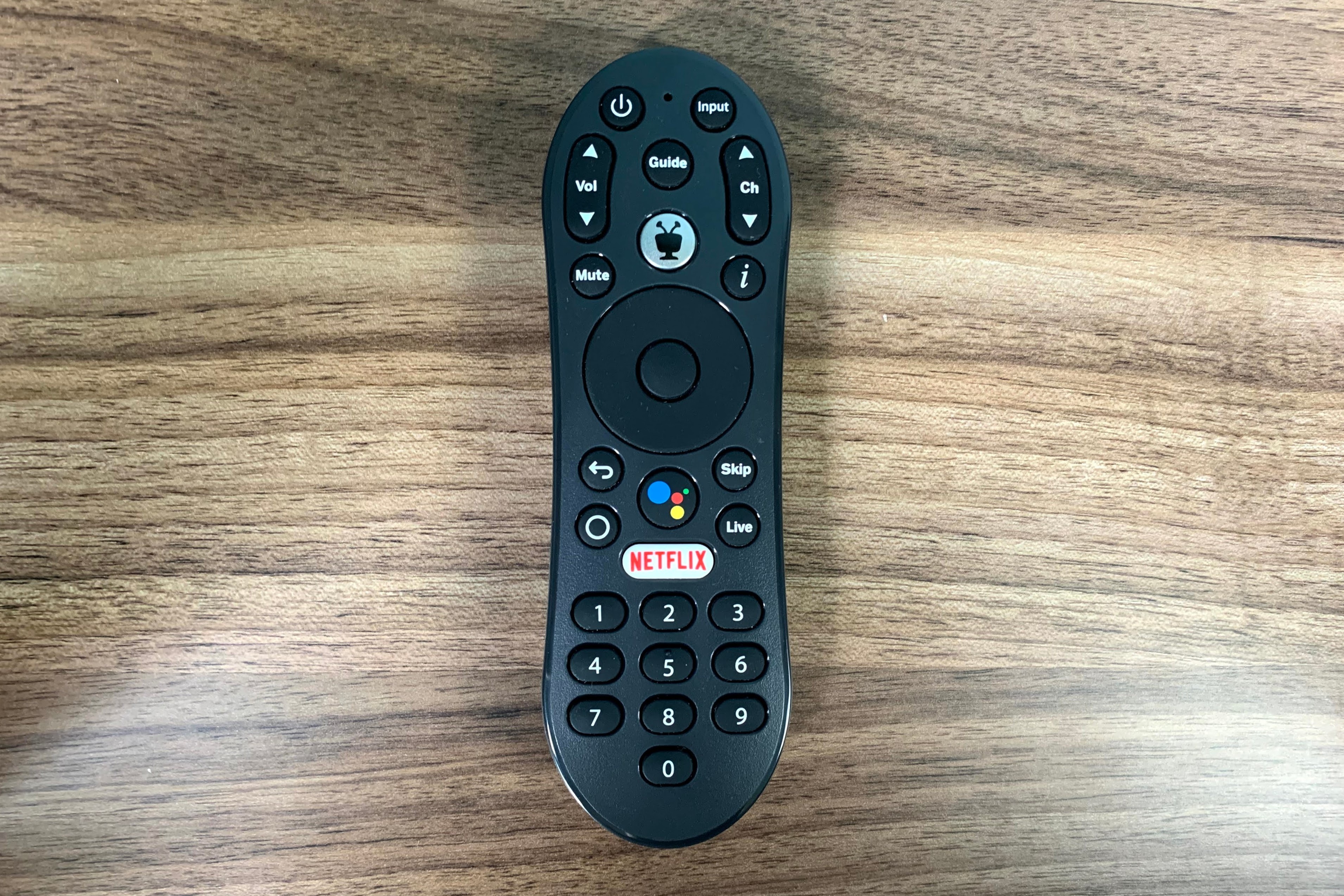 I’ve also run into a problem with my review unit: After a couple of days, the TiVo remote’s volume keys stopped working with my TV. Strangely, the remote still controls my TV’s power and switches inputs, which means the core infrared blaster is still working. As of this writing, TiVo has not addressed the issue.

The device runs on Google’s Android TV platform, and inside there’s a quad-core Amlogic S905Y2 processor, 2GB of RAM, 8GB of storage, and Wi-Fi 5 connectivity. These are typical tech specs for a low-price Android TV streamer, and I didn’t run into any issues scrolling through menus or moving in and out of apps.

As the name suggests, the TiVo Stream 4K can play 4K video, and it also supports the advanced Dolby Vision and HLG HDR formats. For audio, it supports Dolby’s Atmos object-based surround sound systems (you can read more about object-based audio in this story).

One important note here: On compatible televisions, the Stream 4K always runs in 4K HDR mode, and it appears to apply some up-conversion for standard dynamic range content. Video format purists will almost certainly want to disable this feature, yet the corresponding options in TiVo’s settings menu are grayed out. TiVo has not responded to requests for comment about this issue.

Like most streaming dongles, the Stream 4K doesn’t have much in the way of port selection, but it does include a USB-C port in addition to Micro-USB for power. With the right cables or adapters, you can use this port to plug in external storage drives or game controllers. 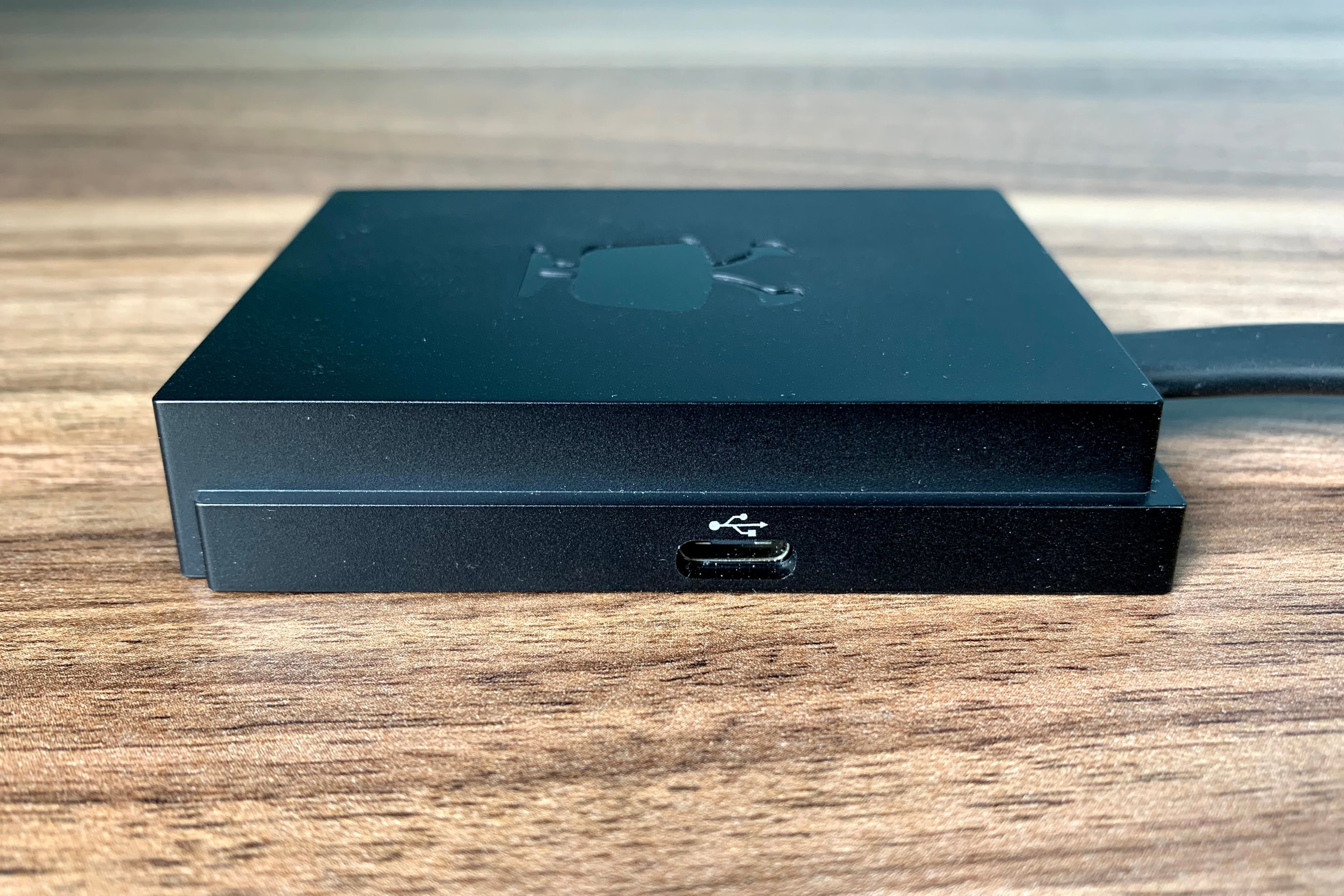 When you first set up the TiVo Stream, it presents several pairs of movies and TV shows, asking you to pick the ones you like best. These picks help form the basis for recommendations in TiVo’s main menu, which you can access by pressing the big silver TiVo button on the remote. 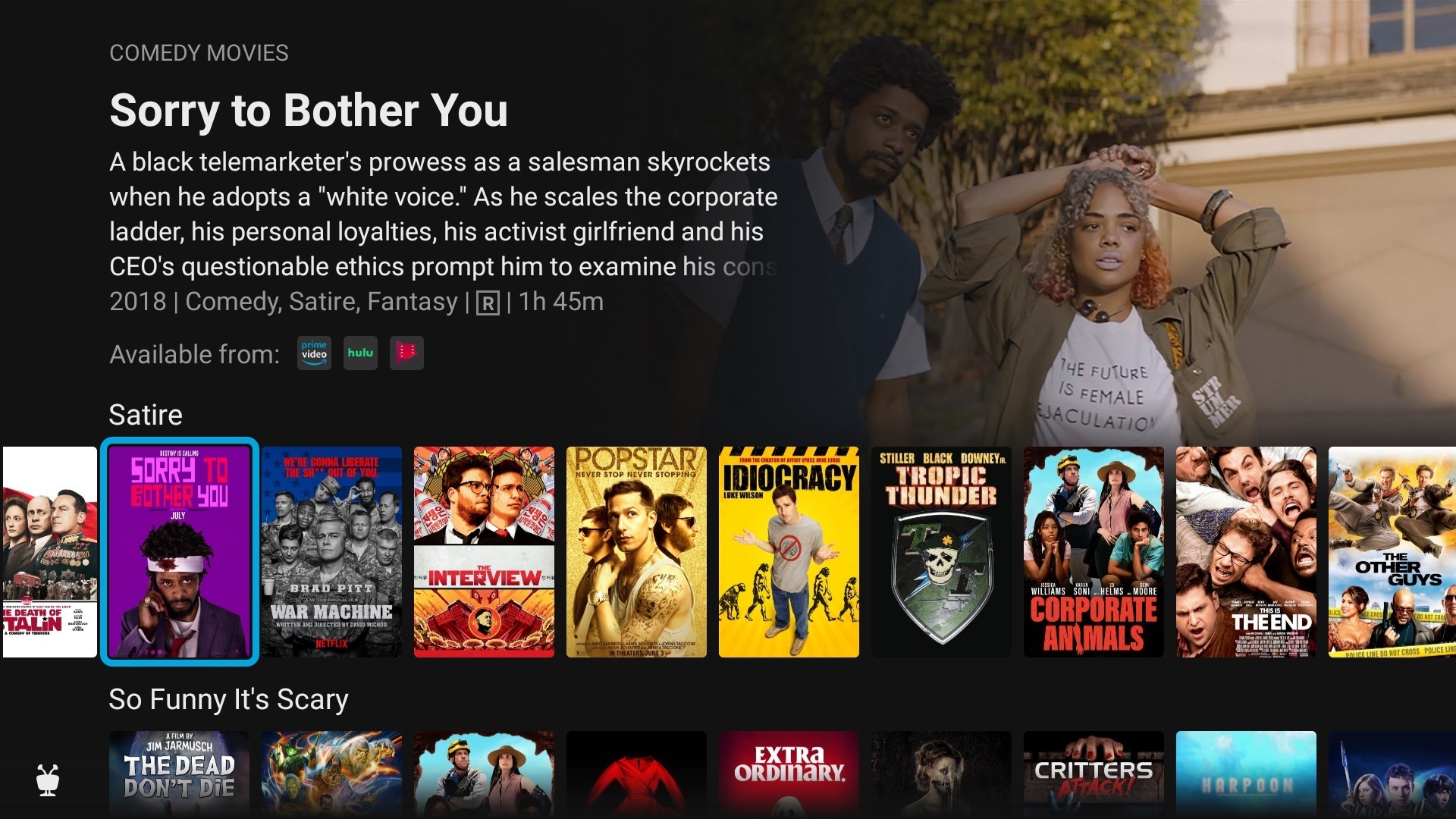 From here, you can also add shows to a watch list, view a list of recently watched programs, or browse by genre. There are submenus for TV shows, movies, sports, and children’s programming as well.

The unique thing about this menu is the way it aggregates multiple streaming sources. Scroll over any program, and you’ll see icons indicating if it’s available on Netflix, Hulu, or other sources. You can also filter out any services to which you’re not subscribed, so they won’t show up in TiVo’s menus. 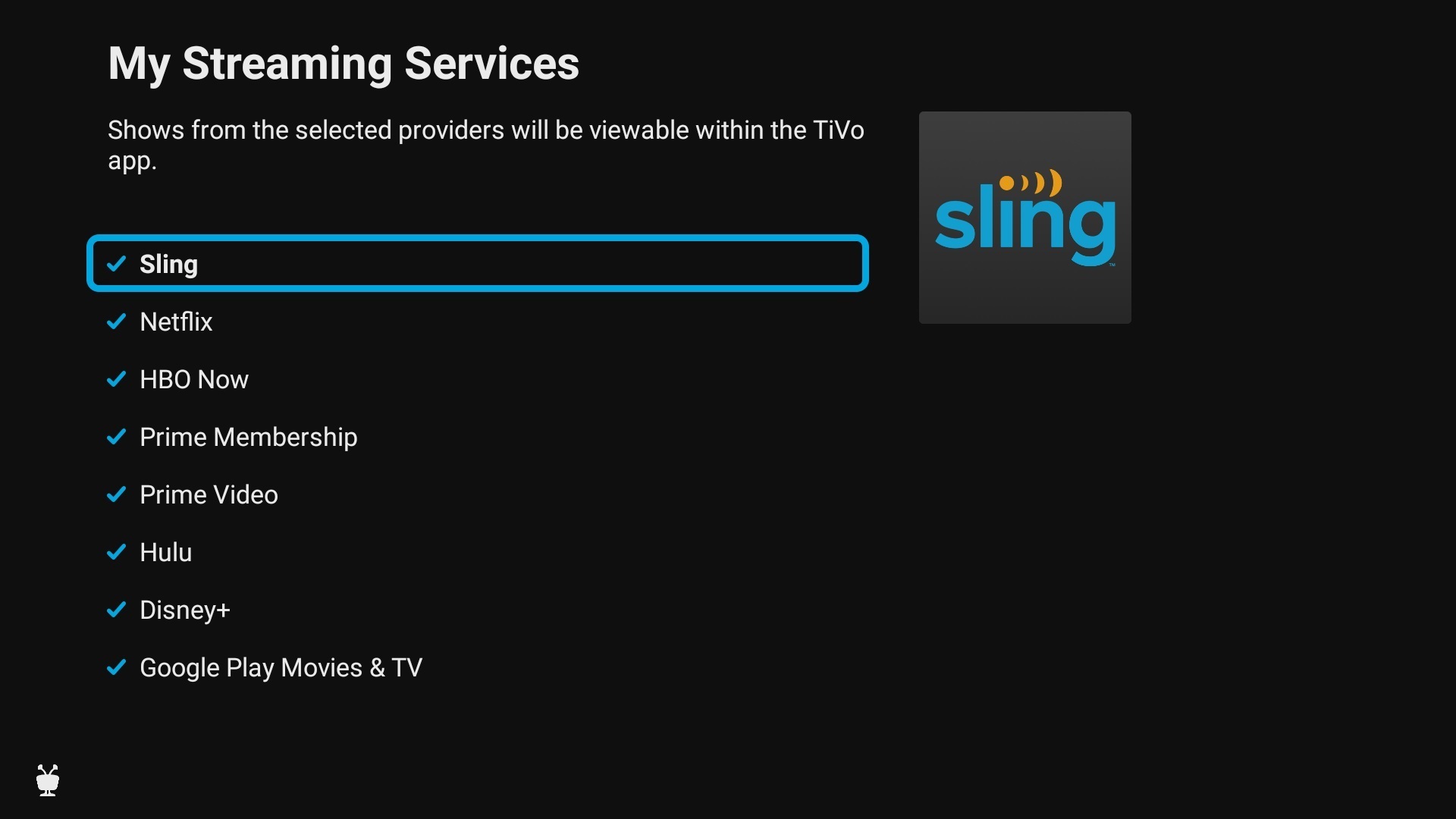 At present, the TiVo Stream’s sources include Netflix, Amazon Prime, Hulu, HBO Now, Disney+, Tubi, Sling TV, and Google Play Movies & TV. It’s great having all of these popular services under one menu, especially as you start building up a watchlist to keep track of all your shows. 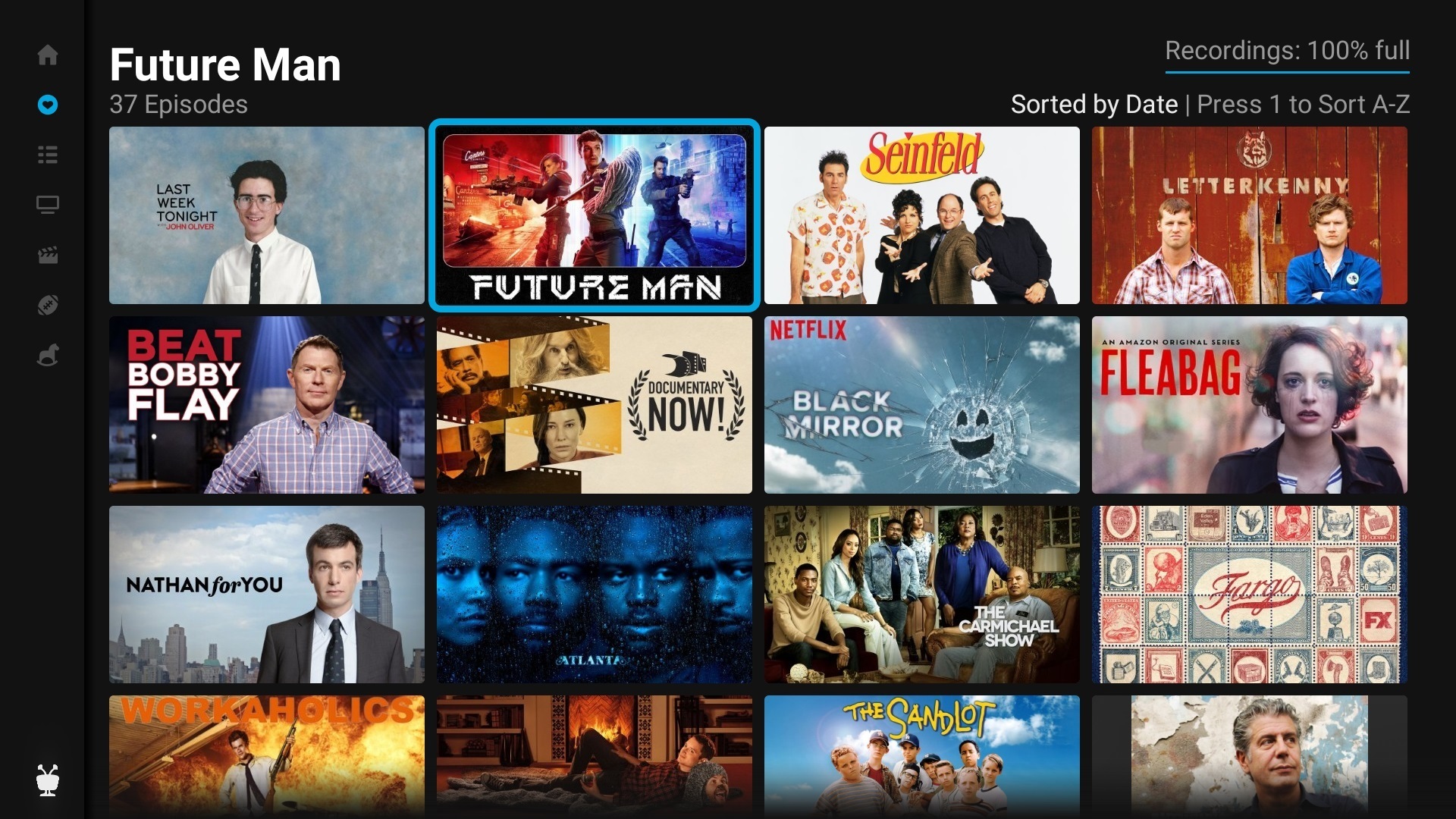 To watch content from other apps, you must exit TiVo’s menu and return to the Android TV home screen, which requires pressing a separate circular button near the left side of the remote. This takes you back to a more standard app launcher, and from here you can download more apps from the Google Play Store. (Just keep in mind that Android TV doesn’t support Apple TV+ at all.) 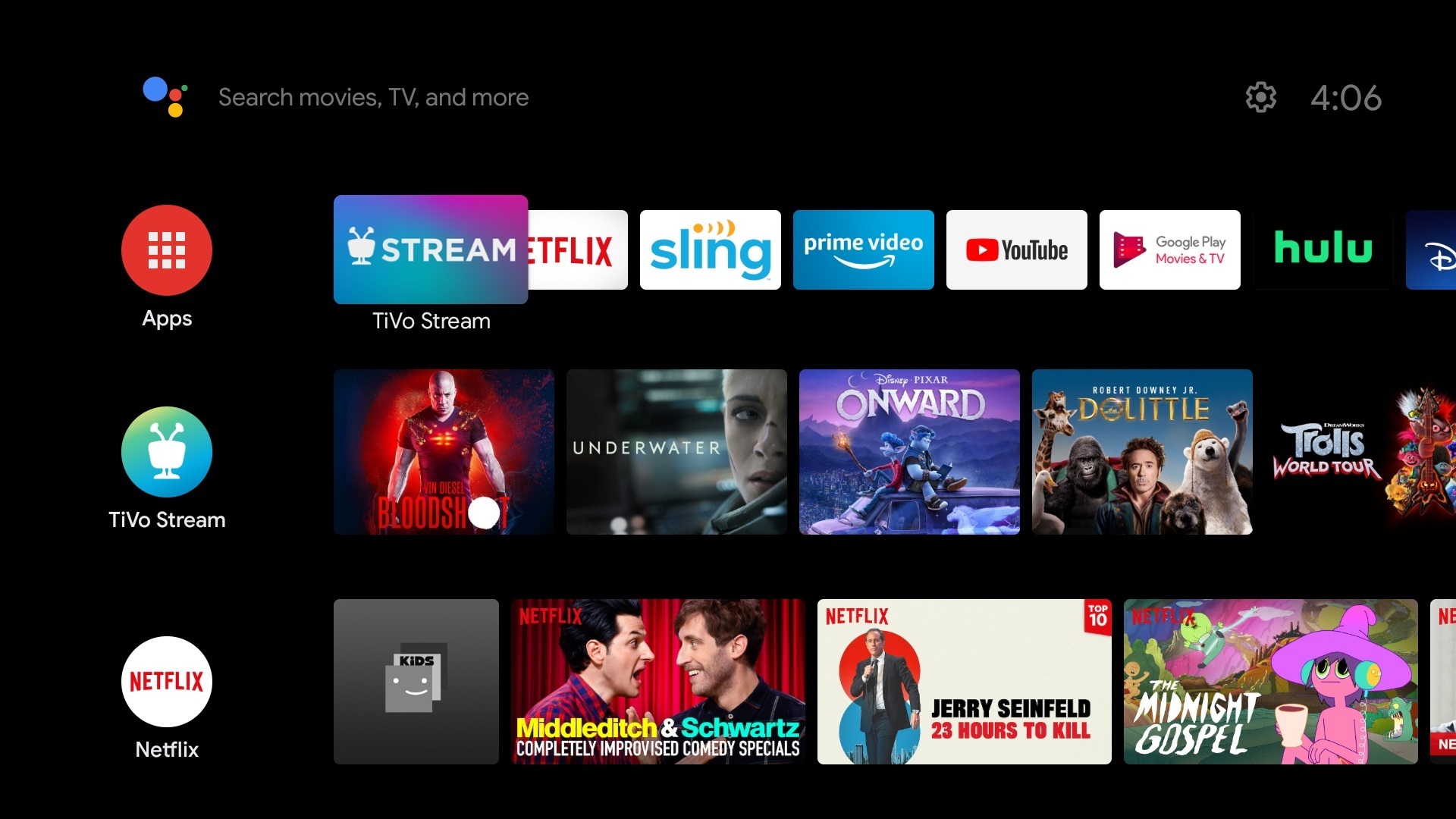 Among the services that the TiVo Stream 4K does support, Sling TV enjoys privileged status as the only live TV service that integrates with TiVo’s menus. That means its live TV listings appear within a “Guide” section, where you’ll also find free content from TiVo’s own TiVo+ streaming service. You can view up to a week of guide data from Sling in this menu and can add upcoming programs to Sling’s cloud DVR. Selecting any live program brings you to the channel in the Sling TV app. 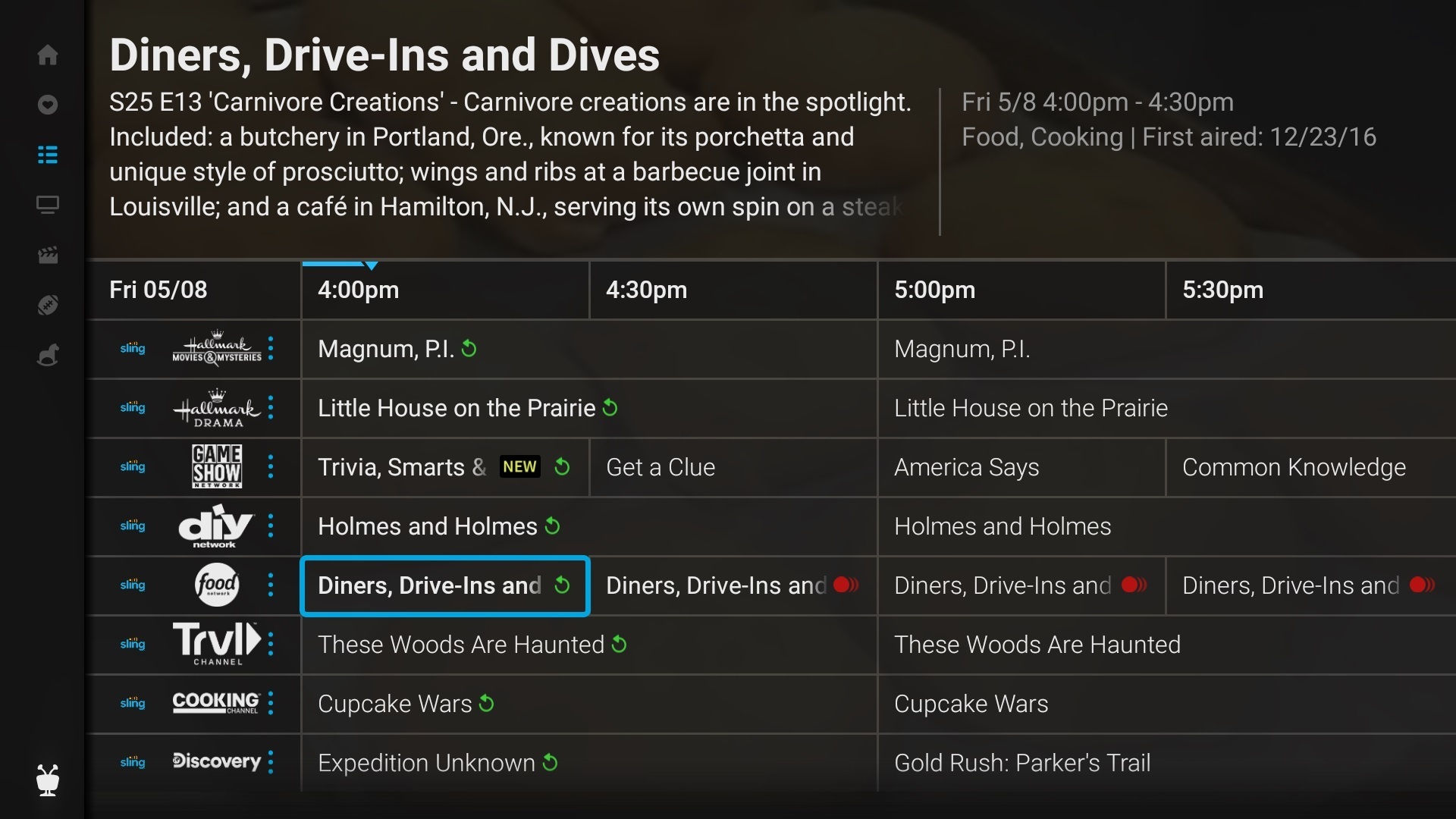 Compared to TiVo’s other integrations, this one feels half-baked. Although you can pop up Sling’s mini guide or flip through channels with the remote while watching live TV, going back to the full-sized guide exits live TV completely. There’s also no way to filter the guide or hide TiVo+, so you’ll be stuck sifting through dozens of live channels, seemingly in no order.

TiVo doesn’t provide a menu for Sling TV’s cloud DVR, either. You can view on-demand programs in TiVo’s guide, and recorded programs are marked with a red dot, but filtering out just your recordings requires a trip to the Android TV home screen to access the Sling TV app proper. 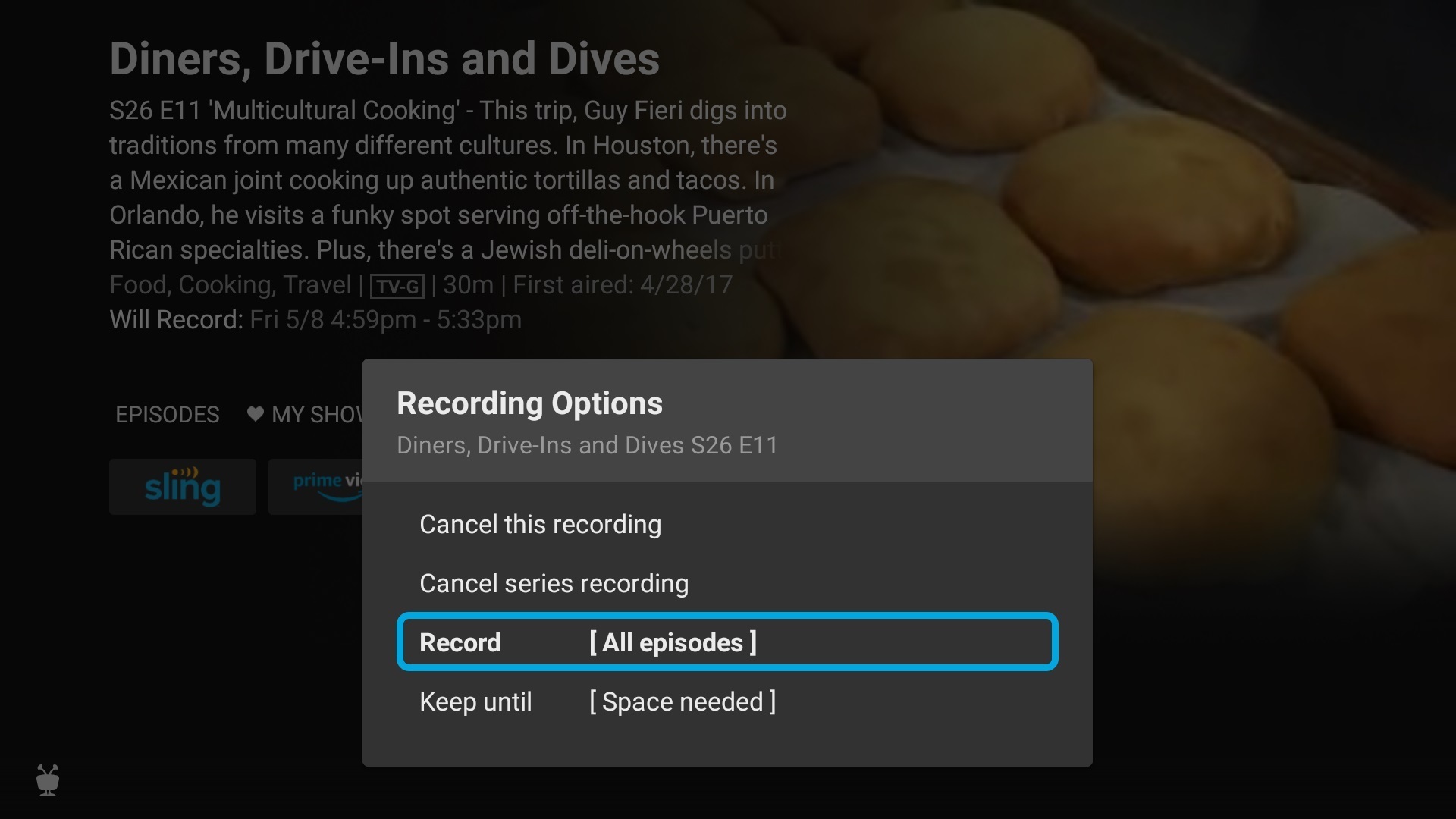 TiVo hasn’t said whether it will support other live TV streaming services, such as YouTube TV, Hulu + Live TV, FuboTV, or Philo. While the company has indicated that it might someday allow DVR users to stream live and recorded TV onto the Stream 4K, it hasn’t given a timeline for that. I would not be surprised if the TiVo Stream 4K’s live TV integrations never expand beyond Sling TV.

The result feels like the polar opposite of TiVo’s tie-ins with on-demand services such as Netflix and Amazon Prime. For those service’s TiVo’s own menu is the best way to start watching. But for live TV, the Sling integration just isn’t worth the trouble.

Is the TiVo Stream 4K worth buying?

Strictly as an inexpensive 4K HDR streamer running Android TV, the TiVo Stream 4K has some appeal, particularly at its $50 introductory price. It provides a much smoother experience than Xiaomi’s Mi Box S, and its less Sling-centric than the AirTV Mini. Unlike those devices, it also supports Dolby Vision HDR.

Comparing to other devices is where things get trickier. The TiVo Stream 4K doesn’t have quite the same level of app support as a Roku or Fire TV devices, and it’s also more expensive at regular pricing than those companies’ 4K HDR offerings, the Roku Streaming Stick+ and Fire TV Stick 4K. 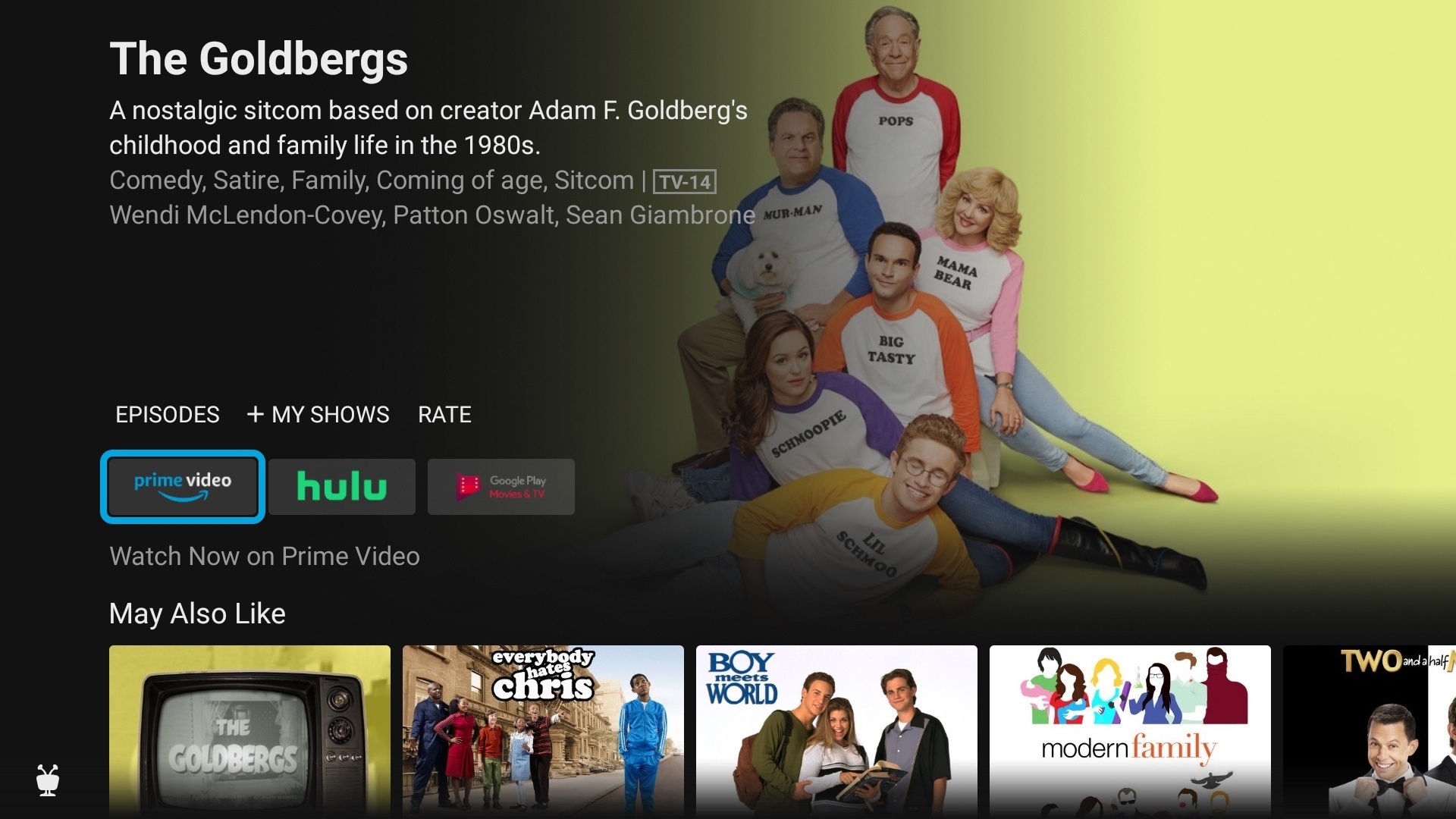 Still, TiVo’s unified menu is unique, and it works well for the on-demand streaming services that it supports. Only the Apple TV provides a similar experience, but it doesn’t integrate with Netflix, and Apple’s 4K HDR streamer costs a cool $180. TiVo’s guide works with fewer apps overall, but even just aggregating Netflix, Hulu, Amazon Prime, Disney+, and HBO has value.

As TiVo’s core DVR experience festers, longtime users might rightfully feel wronged by the company’s change in direction. But at least TiVo’s newfound focus on streaming hasn’t been in vain. Even if you don’t buy one yourself, you should at least hope its core idea spreads far and wide.

TiVo ditches the DVR and rethinks how streaming devices should work. The results aren’t bad.

Don't miss a deal at House of Fraser
Best offers at O2 Mobile
Discounts, Sales and Deals at Argos
Save your money with Mobiles
Online-Shopping with Boohoo
Best products at Adobe
Latest Posts