A picture of what appears to be a white Xbox Series X controller has appeared online, before being swiftly deleted. But it might actually belong to the Xbox Series S.

The image, which you can see below, was posted on Reddit by a user called “Wolfy_Wizzardo” but has since been deleted, along with the user’s account. The Reddit user claims the photo was snapped at a party in Seattle, Washington, and was hosted by a child of a Microsoft employee. Microsoft’s corporate headquarters are located in Redmond, a suburb of Seattle.

The photo shows the familiar robot white color scheme found on the Xbox One S console and controller. It’s unmistakably Microsoft’s next-gen pad, too, as it features the new directional pad and share button in the center. 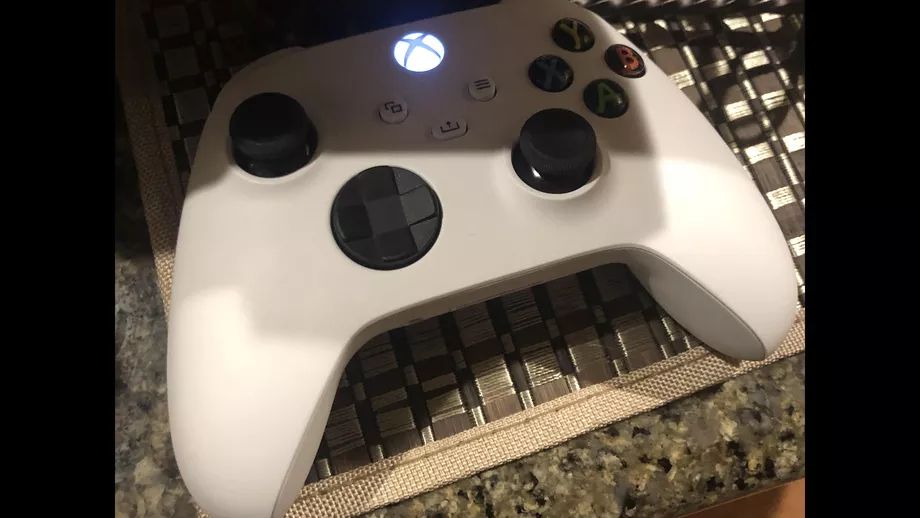 Microsoft is apparently set to announce a digital-only alternative to its powerful next-gen console in August. The console will reportedly target a resolution of 1440p and 60fps, instead of the taxing 4K/60 goal of the Xbox Series X, and will be positioned as an entry-level device.

We still don’t know if the Xbox Series S console is indeed real, but various rumors and speculation point to its existence. This photo will only add to that, and will hopefully push Microsoft to make an official announcement soon.

Previous ArticleOnePlus Buds review: OnePlus' headphones are a very good buy
Next ArticleXbox One is getting a game-changing feature for those who play with friends
Comments (0)

Don't miss a deal at H&R Block
Best offers at Carphone Warehouse
Discounts, Sales and Deals at Adobe
Save your money with Vimeo
Online-Shopping with Farfetch
Best products at Nike DE
Latest Posts