The Arctis 1 Wireless is a comfortable, high-quality headset that’s perfect for your Xbox, PlayStation, Switch, Android or PC

Don’t be fooled by the name of this headset. It may be marketed as an Xbox peripheral but the Arctis 1 Wireless for Xbox is so much more. Besides the Xbox One and – once it comes out – the Xbox Series X, this nifty SteelSeries headset works equally well for the PC, PlayStation and Nintendo Switch as well as Android devices. And it connects to them all, instantly, with a lossless 2.4GHz wireless connection. Just plug in a USB-C dongle and away you go.

SteelSeries Arctis 1 Wireless for Xbox: What you need to know

SteelSeries Arctis 1 Wireless for Xbox: What do you get for the money?

At £99, the Arctis 1 Wireless for Xbox is quite pricey compared to some of the more affordable options listed in our roundup of the best gaming headsets. With that said, this headset’s premium price tag is definitely justified. It’s well-made and works across all major gaming platforms while delivering exceptional audio quality, and it’s comfortable enough to wear for hours on end. 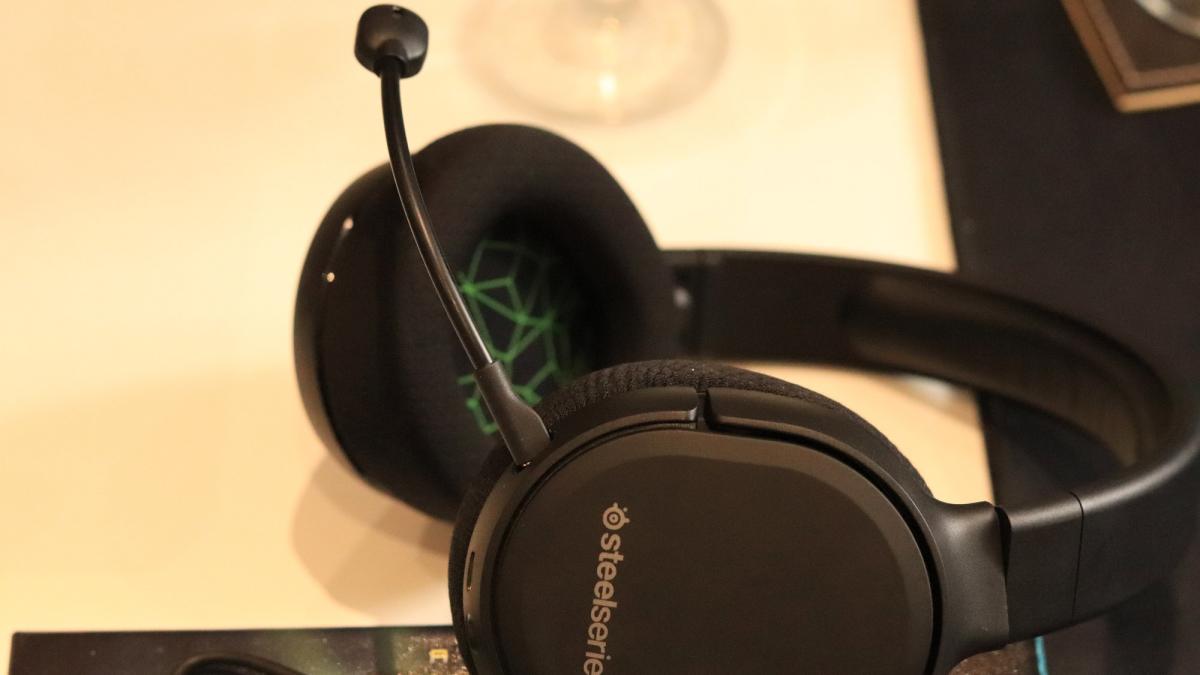 Inside the box, you get a wireless gaming headset with an adjustable steel-reinforced headband, a detachable microphone, a microUSB charging cable, a USB-C transmitter and a USB-A adapter cable. You need that latter cable to get the USB-C transmitter to work with the Xbox One. In case you prefer to use a wired connection, SteelSeries has thrown in a 3.5mm audio cable too. Finally, to sweeten the deal, the Arctis 1 Wireless for Xbox comes with a free one-month code for Xbox Games Pass Ultimate worth £11.

SteelSeries Arctis 1 Wireless for Xbox: Why is it called ‘for Xbox’ if it works with any console?

When SteelSeries first launched the Arctis 1 Wireless, it wasn’t aimed at Xbox gamers because the USB-C transmitter wasn’t compatible with the Xbox One. The standard Arctis 1 Wireless, which is still on sale and also costs £99, works wirelessly on PlayStation, Switch, PC and Android but not on Xbox. 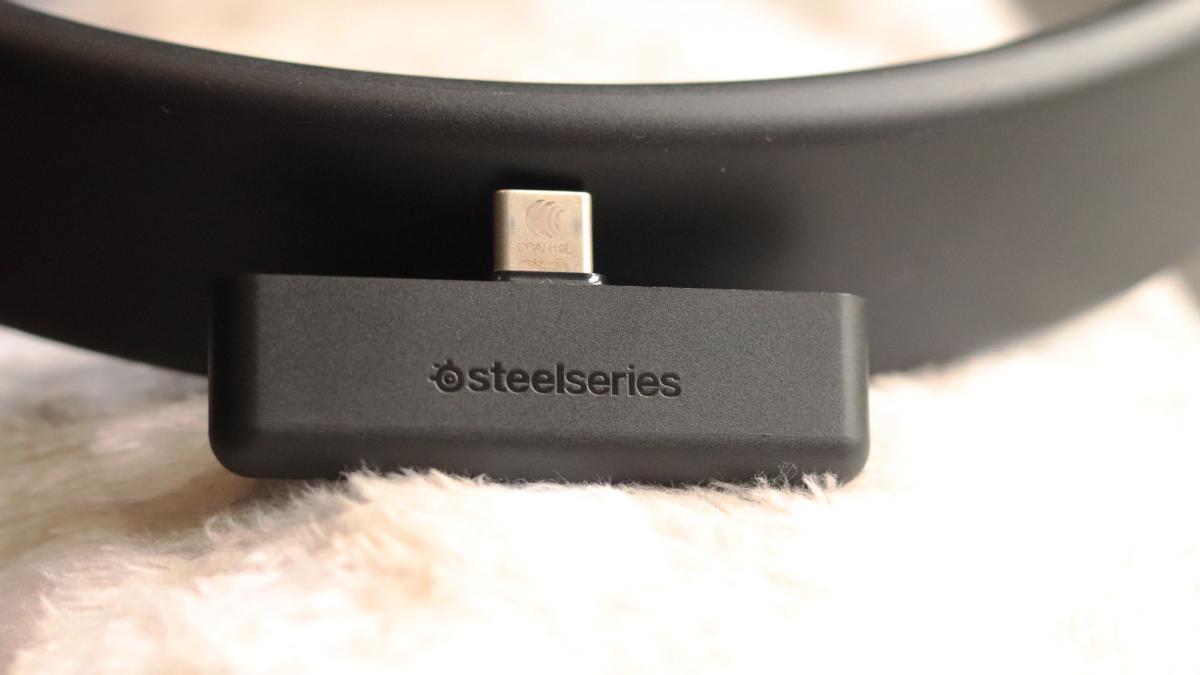 Before the Arctis 1 Wireless for Xbox was released, dedicated Xbox gamers would have been better off buying the wired Arctis 1 headset, which is available for £50. Now, however, it’s possible to use the headset wire-free with your Xbox One thanks to an updated USB-C transmitter that has a slider for switching between Xbox and USB connections. When the Xbox Series X finally launches, it’ll work for that too.

SteelSeries Arctis 1 Wireless for Xbox: Is it comfortable?

For many gamers, headset comfort is their first and foremost concern. If a headset is uncomfortable in any way then it doesn’t really matter how great it sounds – you’ll simply want to take it off after gaming for any length of time. Thankfully, that’s not an issue with the Arctis 1 Wireless; it’s one of the most comfortable and lightweight gaming headsets I’ve ever worn. 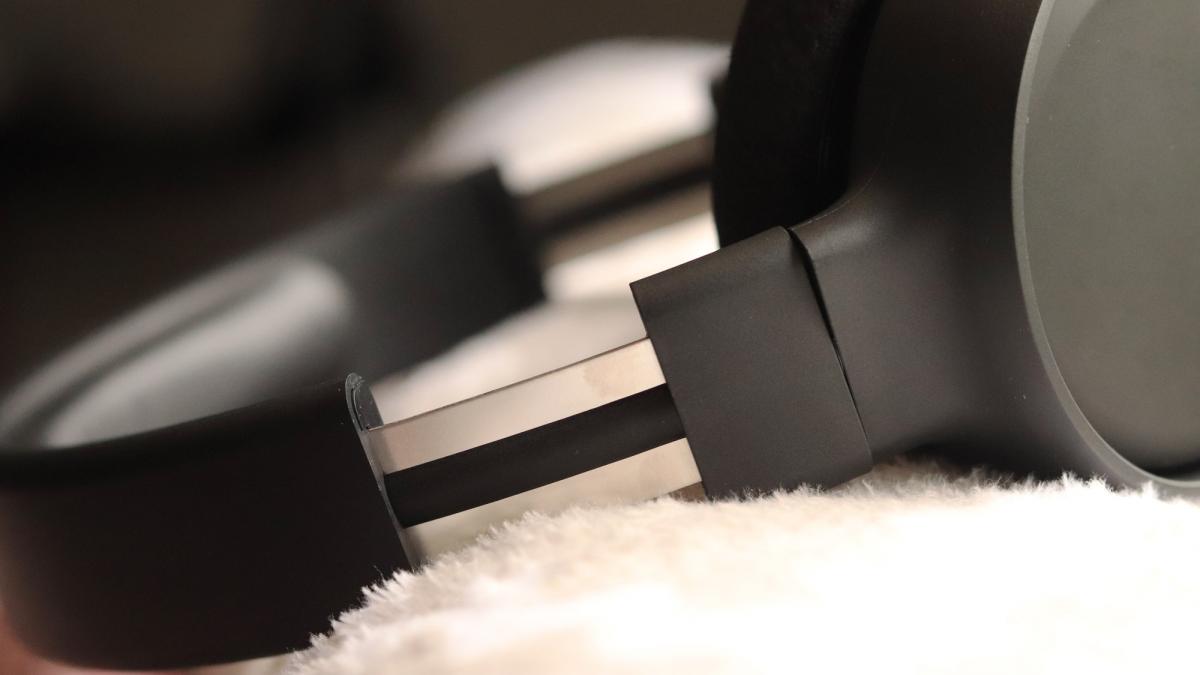 The adjustable steel headband has a fair amount of give but, once it’s on, it clamps down for a snug fit. There’s foam padding on the underside of the headband, and the headset’s plastic body feels durable. All the hinges around the earphones are robust and the ear cups pivot freely. 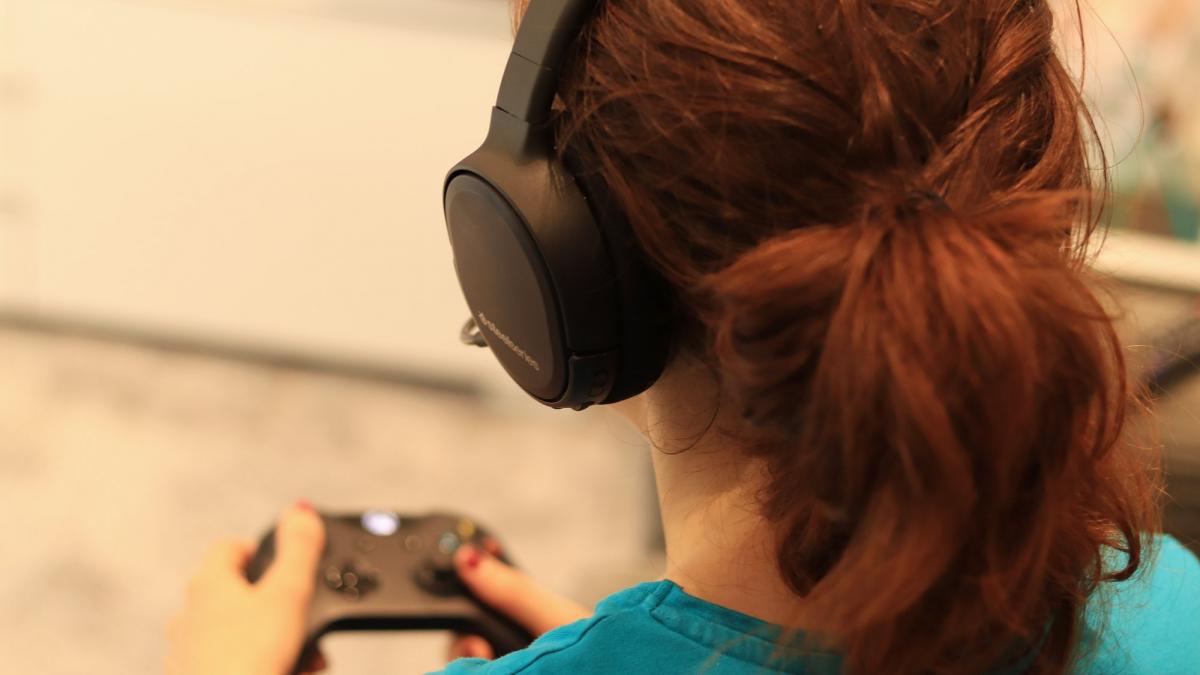 The oval-shaped ear cups have a large circumference and are spacious enough to accommodate the largest of ears while providing some breathing room. As for the foam padding, it’s exceptionally soft and comfortable and the interior pleather lining is gentle on the ears. 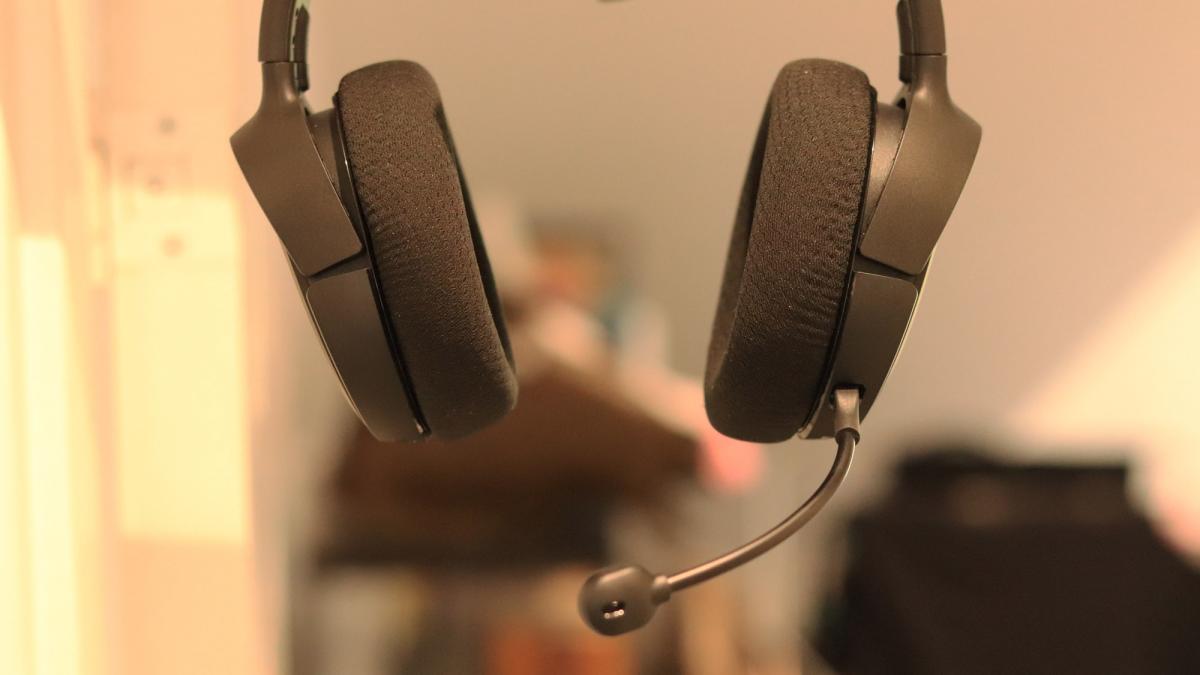 The foam isn’t particularly thick, however, and this lack of depth meant my ears were in contact with the interior wall of the headphones constantly. I didn’t find this to be uncomfortable in any way but it may be too cosy for some.

SteelSeries Arctis 1 Wireless for Xbox: How is the sound quality?

The Arctis 1 Wireless for Xbox delivers the high level of audio quality you’d expect from a gaming headset that costs just under £100. Its 40mm drivers are superb, creating an immersive soundscape that’s on par with both of the (pricier) Alienware headsets I’ve got at home. And, compared to my £30 Turtle Beach Recon 70X wired headset, the Arctis 1 Wireless delivers much more depth and clarity of sound. It’s a definite step up in audio quality from what you’ll find on budget headsets. 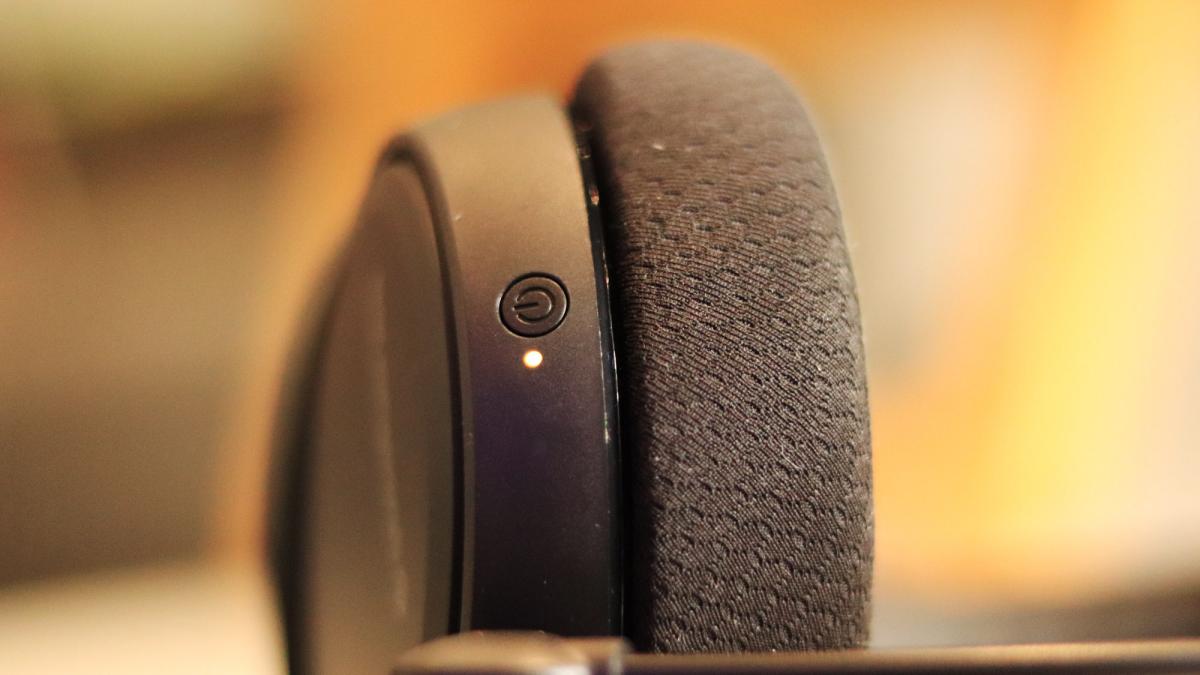 The sound staging, in particular, is extremely accurate. In online matches of PUBG and Halo 4, it really helps pinpoint enemy footsteps or nearby firefights and, while playing Star Wars Battlefront 2, I felt like I was listening with a full surround sound setup as laser blasts whizzed towards me, past my ears and off into the background.

Even when playing the arcade game Death Road to Canada, the Arctis 1 Wireless picked out subtle sound effects I’d never noticed when listening through my TV or my cheaper wired headset. 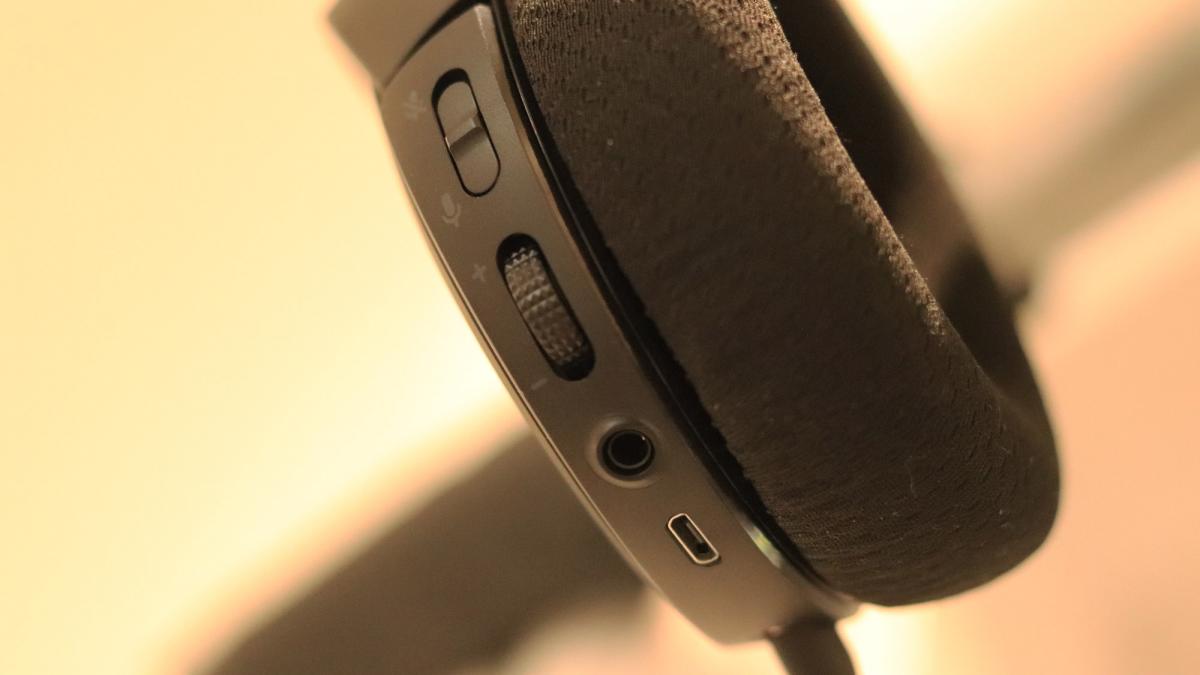 In case you don’t like the default sound profile, SteelSeries has a free application called SteelSeries Engine 3. Download it on your PC and you can tweak the EQ of the Arctis 1 Wireless to your exact specifications. Once you’ve saved your changes, these settings persist across platforms, provided the headset is connected wirelessly.

I fiddled with the equalizer and dynamic range settings a fair bit but I found it was easier to simply use the preset modes. To my ears, the “Immersion” and “Performance” modes sounded best across all media types, from games and movies to music and podcasts.

SteelSeries Arctis 1 Wireless for Xbox: What’s the mic like?

The “Discord-certified” bidirectional noise-cancelling detachable boom microphone doesn’t disappoint, either. During phone calls and Zoom meetings, it was able to quieten down the chatter emanating from a nearby digital radio, and it proved especially adept at cutting out the white noise produced from my tower fan.

Audio quality is great, too. My voice sounded a little deeper than in real life but, according to everyone I called using it, the microphone carried my voice over clearly and crisply. 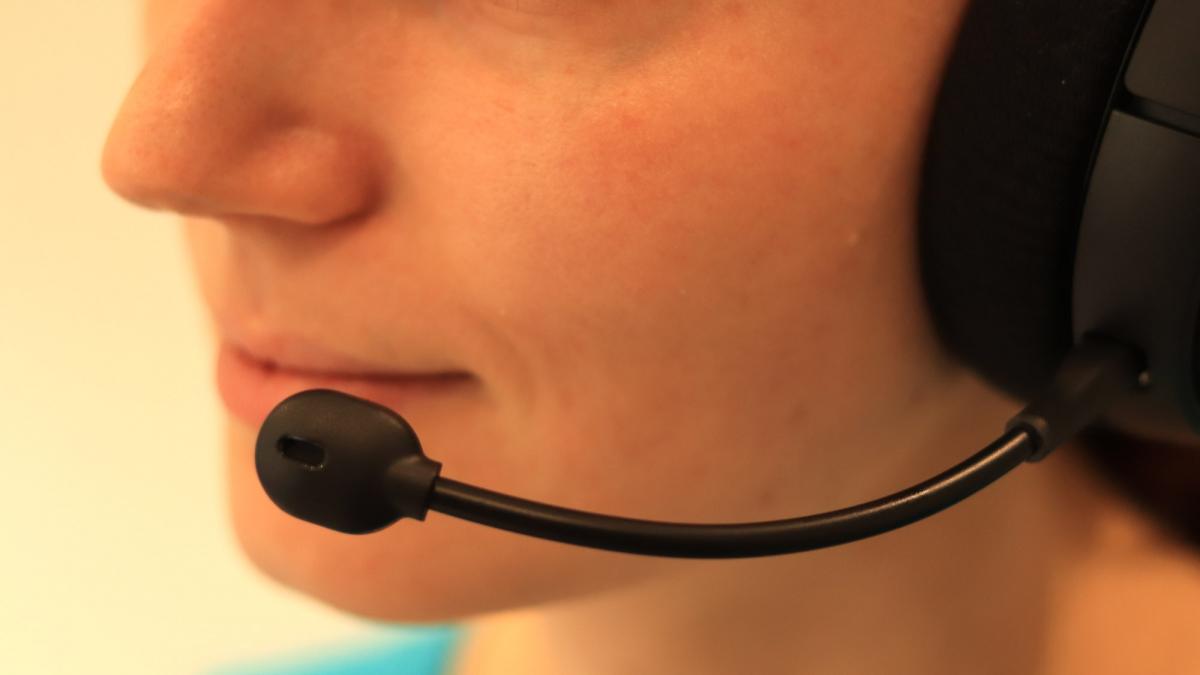 As far as fit goes, that’s fine – it’s certainly very easy to adjust towards and away from the mouth – but it would be nice if the mic was able to retract into the ear cup or fold away to the side when not in use. Of course, you can remove it any time, but there’s always the possibility that you might then lose it.

SteelSeries Arctis 1 Wireless for Xbox: Are there any drawbacks?

There are a couple of minor design flaws, yes. Obviously, the Xbox One does not have any USB-C ports, which means that you need to first plug in the provided USB-A adapter cable before you can use the USB-C transmitter. If your Xbox is slotted under your TV stand as mine is, then you’ll probably have to pull the Xbox out, fit the adapter and dongle, and then put the Xbox back. 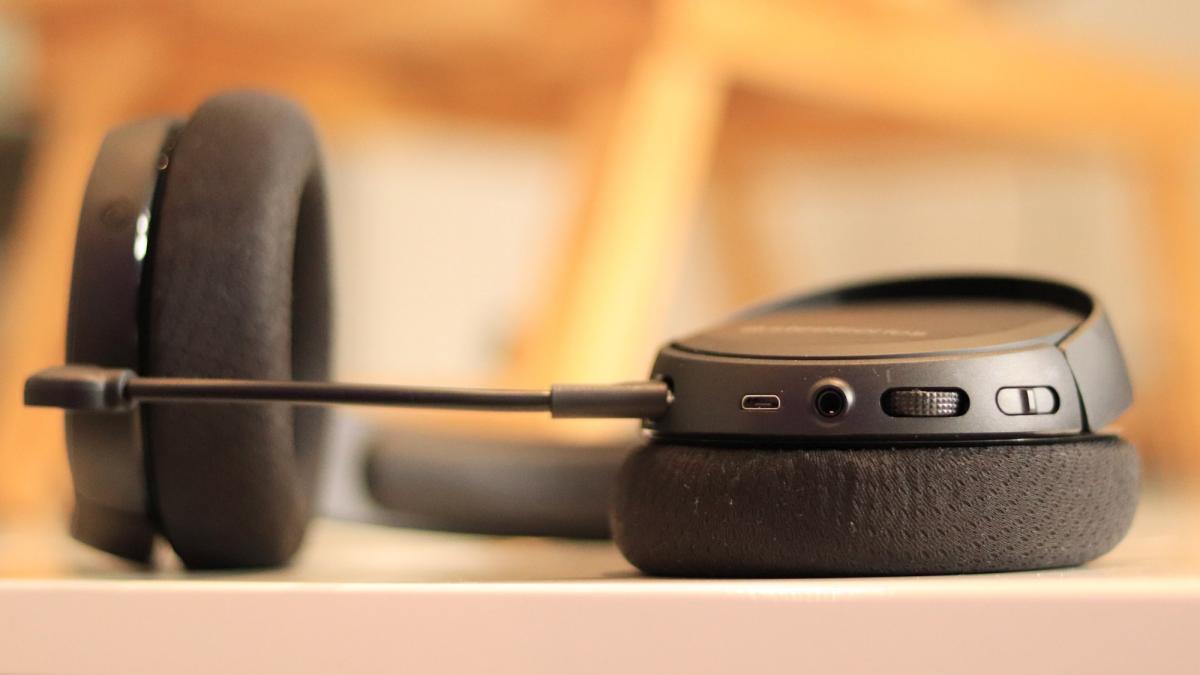 It’s hardly a massive exertion but, if you then want to plug the USB-A adapter into another console or into your PC, you’ll have to repeat the process in reverse. The USB-A adapter is also quite long and can’t really be packed away in a neat way. It just dangles awkwardly out of the side or rear of the console. 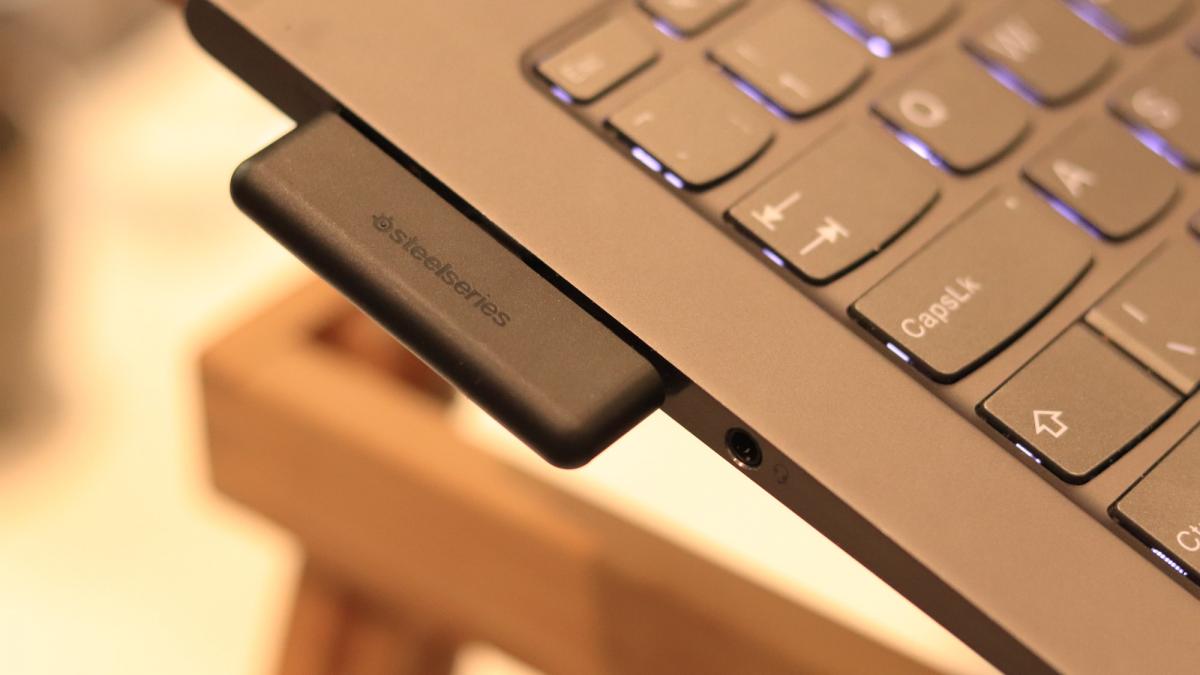 The design of the USB-C transmitter isn’t perfect, either. It’s so wide it blocked access to a neighbouring USB-C port on my laptop and meant that I couldn’t charge my laptop or use any other wired peripherals with the Arctis 1 Wireless connected via USB-C. I was able to get around this problem by using the USB-A adapter but this isn’t the most elegant of solutions.

SteelSeries Arctis 1 Wireless for Xbox: Should I buy it?

The Arctis 1 Wireless for Xbox isn’t the perfect headset, then, but its flaws are small and relatively insignificant. I’d happily recommend it to anyone in the market for a new cross-platform gaming headset. 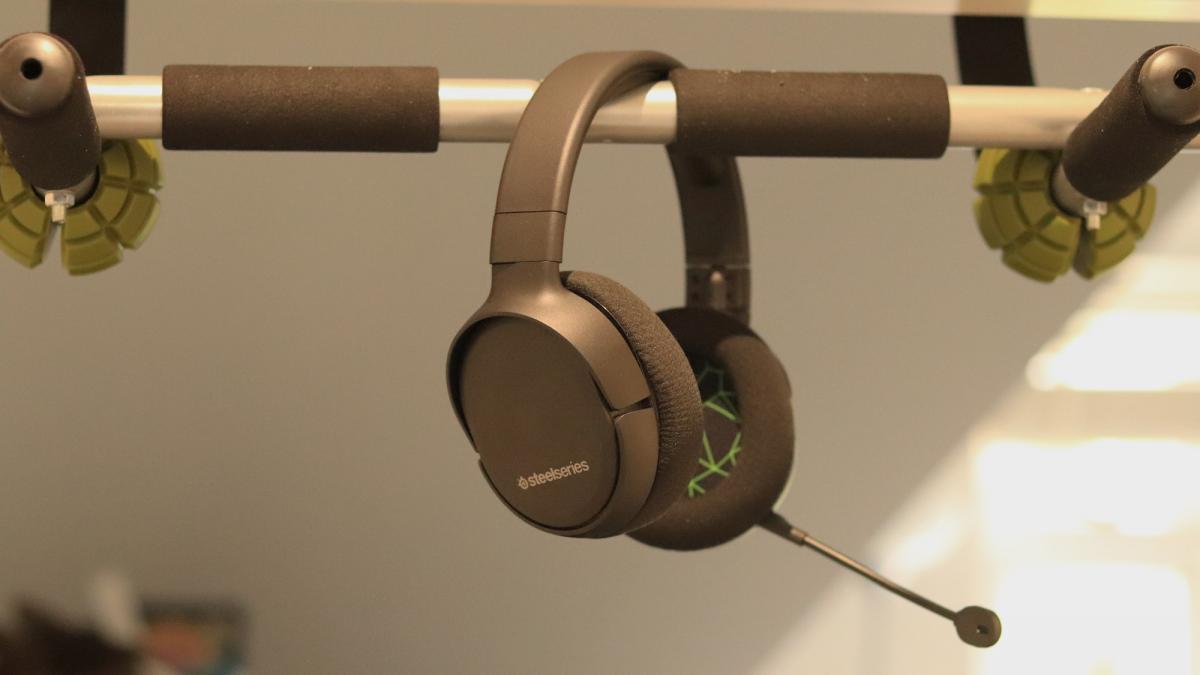 The immersive, high-quality audio puts you right in the heart of the game and the snug but breathable fit ensures the headset is comfortable enough to wear all day long. The noise-cancelling mic is great too and the extensive customisation options allow for heaps of personalisation.

Don't miss a deal at Nike DE
Best offers at Udemy
Discounts, Sales and Deals at Mobiles
Save your money with Argos
Online-Shopping with Vimeo
Best products at TalkTalk Phone and Broadband
Latest Posts