To say that the Sony WH-1000XM4 have a lot to live up to would be an understatement. Their predecessors, the WH-1000XM3, have sat proudly atop many of our best headphones lists since their release in late 2018 and, despite numerous attempts, not one other set of cans has been able to usurp them as the kings of over-ear noise-cancelling headphones. Until now.

The Sony WH-1000XM4 take everything the third-generation model did so well and crank it up another notch. Audio quality and noise cancellation have been upgraded, while intelligent new features improve the user experience with no compromises elsewhere.

They may be pricey but they’re worth every penny: put simply, the Sony WH-1000XM4 are the best over-ear wireless headphones on the market.

The WH-1000XM4 are the fourth entry in Sony’s flagship series of over-ear headphones and build on what is a winning formula.

As with their predecessors, they connect to your phone, tablet or laptop via Bluetooth, although they now operate over Bluetooth 5: a step up from Bluetooth 4.2 in the WH-1000XM3. There’s no support for the aptX or aptX HD Bluetooth codecs this time around, however, with Sony deciding to stick with AAC, SBC and its own codec, LDAC, which allows for the transmission of high-resolution audio on Android devices.

Design-wise, Sony has taken an “if it ain’t broke, don’t fix it” approach with this new model, opting for slight tweaks to an already attractive build. Battery life remains unchanged at a solid 30 hours of audio playback with noise cancelling turned on.

That’s not to say Sony is stinting on upgrades; in fact, it’s quite the opposite. Noise cancellation and audio quality have both been elevated from an already-lofty platform and there are a handful of new features that improve the overall user experience. Speak-to-Chat, wear detection and multipoint pairing are all fresh additions to the WH-1000XM4. 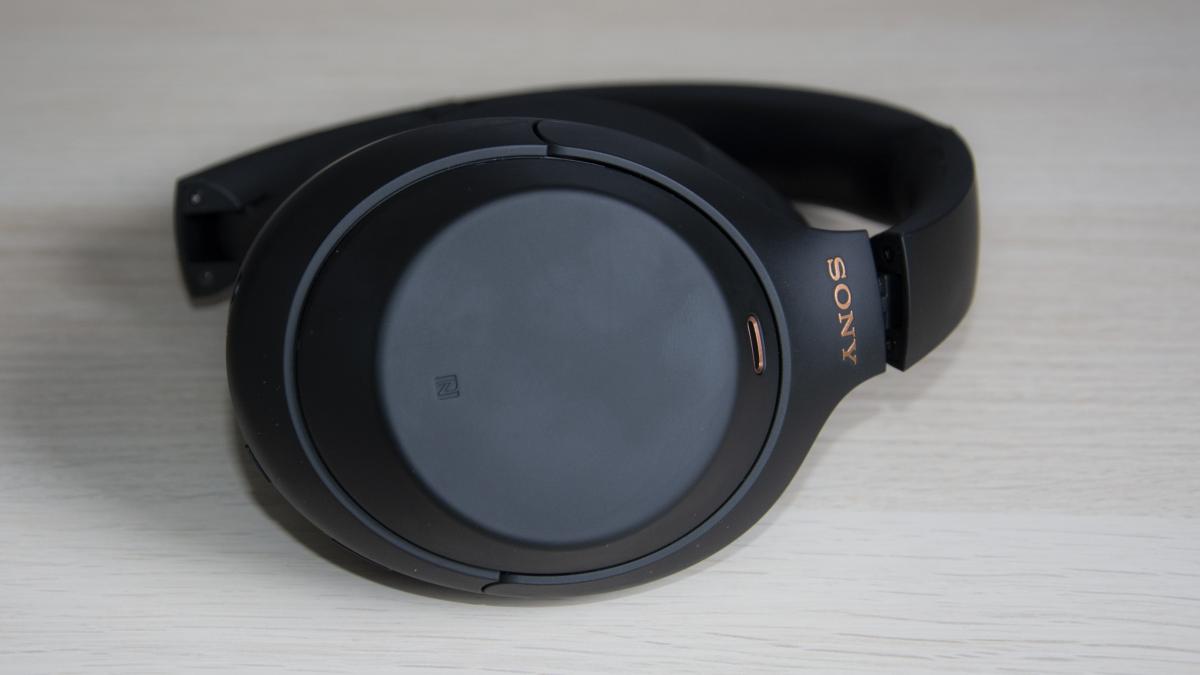 The Sony WH-1000XM4 will set you back £350, which is £20 more than their predecessor cost at launch. Included in that price are the typical assortment of accessories: a two-pin aeroplane adapter, 3.5mm analogue cable for wired listening, USB-C charging cable and durable carrying case. Though not cheap, £350 is about par for the course when it comes to premium over-ear noise-cancelling headphones: Sony’s main rivals in the field, Bose and Bowers & Wilkins, both have offerings at a similar price.

The Bowers & Wilkins PX7 and Bose NC 700 have RRPs of £350 but can be found closer to £300 if you shop around. The last generation WH-1000XM3 are still a sensational pair of headphones and are now available for their best price ever – £229 – and are well worth a look if you don’t mind sacrificing a few features to save £120.

Cheaper alternatives are available and although you won’t get the same level of noise-cancellation or audio quality, there are some great options out there. Philips’ PH805 are a solid mid-range pair of headphones that can be picked up for as little as £109 these days, while the OneOdio A10 are a decent budget option at £50.

At 254g, the Sony WH-1000XM4 are a mere one gram lighter than the WH-1000XM3, but that weight is distributed more thoughtfully. The plastic earcup housing has been slimmed down in favour of adding additional padding to the pleather lining the inside of the cups, while the headband padding is slightly thinner. The section connecting the headband to the earcups has been shortened too, resulting in a fit that is better contoured to your head.

The finish on the black model (there’s also a silver version) picks up fingerprints quickly but is otherwise pleasingly sleek and understated. They may not quite hit the aesthetic heights of the likes of the Montblanc MB 01 the Bose NC700 or Bowers & Wilkins PX7 but the WH-1000XM4 are an attractive pair of headphones. They’re also supremely comfortable when worn for long periods. 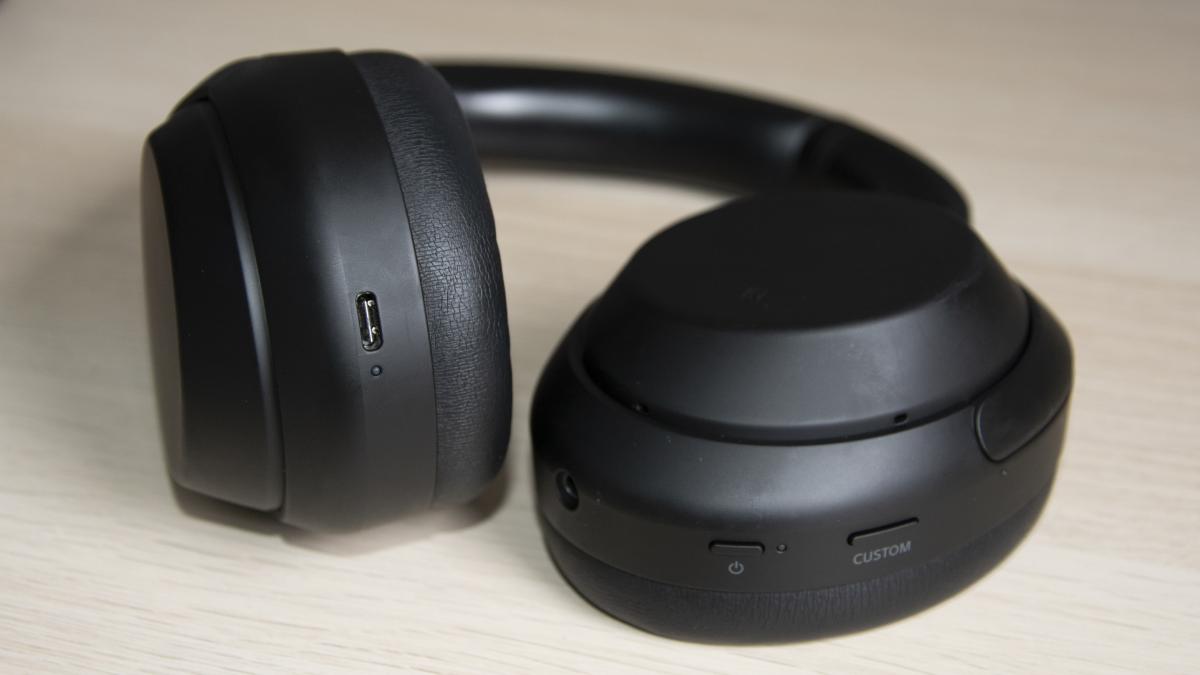 In terms of physical buttons and connections, there’s been no real change from the WH-1000XM3. The right earcup houses the USB-C charging port, while the left is home to a 3.5mm AUX-in jack, the power button and a multipurpose button. The latter, previously the NC/Ambient button, can now be customised within the Sony Headphones app.

Like their predecessors, the Sony WH-1000XM4 lack an IP rating and therefore offer no water resistance. It’s the headphones’ one major blind spot and something I hope to see incorporated when the inevitable fifth generation is launched in a couple of years’ time.

The Sony WH-1000XM4 build upon the impressive functionality of the WH-1000XM3 by adding a number of new features, all of which successfully enhance the user experience.

Perhaps the most called-for additions were multipoint pairing and wear detection. The WH-1000XM4 are now capable of pairing with two devices simultaneously, meaning you can switch seamlessly between the audio output from your smartphone and laptop. Wear detection registers when you take the headphones off and automatically pauses your audio, resuming once you’ve put them back on your head.

Speak-to-Chat is another new inclusion and one I found particularly useful. When active, it automatically pauses your audio and lets in ambient sound as soon as you start speaking. Sony’s Precise Voice Pickup technology uses five microphones to recognise and react to your voice and the system works very effectively. The mics are sensitive enough to consistently pick up your voice when speaking at average volume but aren’t over-tuned to the point where the feature is triggered by others speaking nearby.

The Sony WH-1000XM4’s mics do a reasonable job picking up your voice during calls, too, but conferencing calling is far from their strong point. I had no significant issues being heard when making and receiving calls but those on the other end of the line described call quality as average so don’t expect crystal-clear communication.

Touch controls make a return from the last generation and remain a shining example of how to implement them successfully. Doubling tapping the outer surface of the right earcup plays or pauses your audio while holding your finger to the touch sensor for two seconds engages your voice assistant of choice. Google Assistant, Alexa and Siri are all supported.

Swiping up and down swipes adjusts volume, while forward and backward swipes control track skipping. It’s all extremely intuitive and the sensors themselves are perfectly responsive.

The Sony WH-1000XM3 were best-in-class when it came to noise cancellation but this model is even better at regulating the amount of external noise that makes it through to your ears. With noise cancelling in full effect, the WH-1000XM4 let you slip away into your own audio world, free of all-but the loudest and highest-pitched annoyances.

Sony’s HD Noise Cancelling Processor QN1 isn’t just good at drowning out the outside world though; it’s also extremely smart. When you first put the WH-1000XM4 on, you’ll need to optimise the noise-cancelling via the Sony Headphones app. The headphones detect the shape and size of your head, your hairstyle, whether you wear glasses and the surrounding air pressure to calibrate a noise-cancelling profile tailored to you. 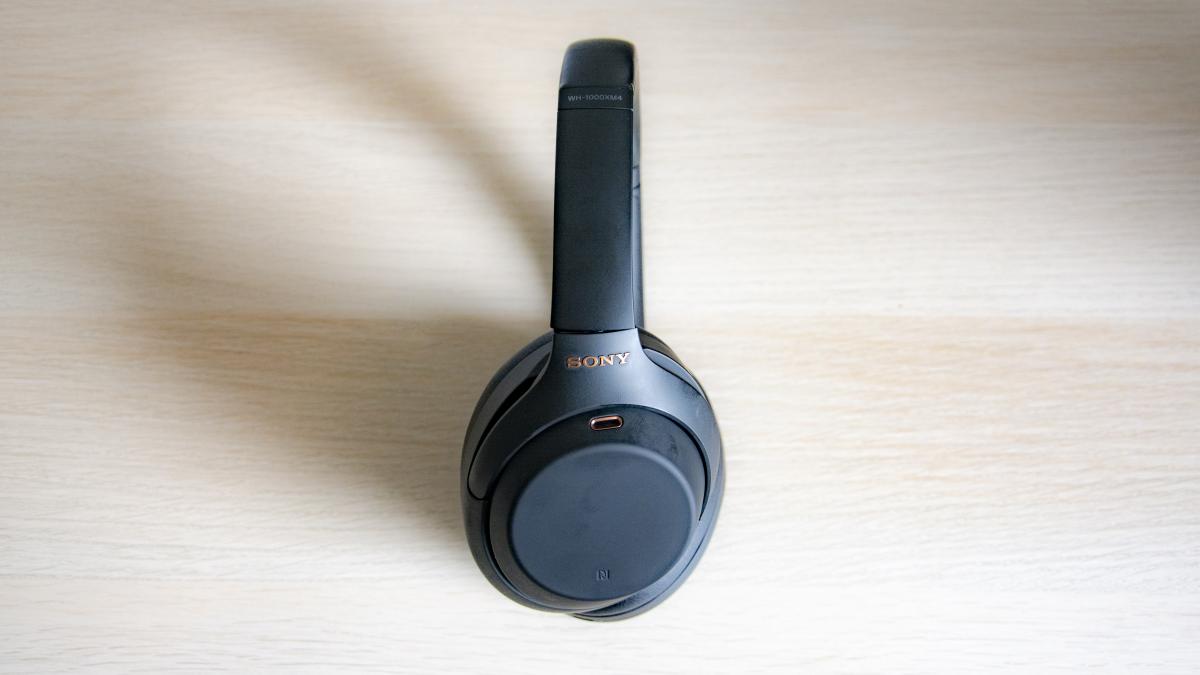 Once calibrated, the WH-1000XM4 are able to adjust noise cancelling levels on the fly thanks to Sony’s Adaptive Sound Control technology. Two microphones on each earcup capture external noise and feed it back to the QN1 chip, which then works with the headphones’ new Bluetooth Audio System on Chip to apply noise cancelling in real time and tweak it according to external triggers.

There are four adaptive sound levels: sitting/standing still, which Sony oddly terms staying, walking, running and transport – and the headphones will automatically switch between them depending on your actions. Each can be customised on a sliding scale ranging from “Noise Cancelling” to “Ambient 20” and the headphones’ ability to detect what I was doing and its surroundings proved uncannily accurate.

Not only do the Sony WH-1000XM4 possess the ability to automatically adjust noise cancellation levels, but they’re also capable of learning about the locations you visit and their noise-cancelling requirements. Assuming you have GPS location access approved, the headphones build up a list of your most frequented spots over time and automatically switch to the profile best suited for where you are. You can also add specific locations manually using an in-app map, should you wish to plan ahead or actively micro-manage the noise cancelling in areas you visit regularly.

The audio quality delivered by the WH-1000XM4’s 40mm dynamic drivers is nothing short of superb. No matter what genre of music I threw at them, they handled everything with aplomb.

High tempo tracks such as The Pigeon Detectives’ indie rock track “Romantic Type” are communicated with the energy and dynamism they demand and the headphones proved more than capable of keeping up with regular shifts in pace and dynamics.

Vocals, treble and mid-range are handled equally impressively. Whitney Houston’s dancefloor-filler “I Wanna Dance with Somebody” sounded delightfully crisp with no harshness as the artist pushed to the higher end of her vocal range. There’s great detail and instrument separation, too. I could clearly make out the backing singers as Whitney belted out the chorus and the little touches that make the song such a club classic – the guitar and bass synths and percussion programming – are all easily identifiable.

Switching tack to the Drum & Bass Classics (1993-2013) playlist on Spotify I found the WH-1000MX4’s low-end reproduction silky smooth with plenty of power and control. The array of filthy basslines exhibited no bloating and none exemplified how well the WH-1000XM4 reproduce at the low-end better than Alex Reece’s jungle anthem “Pulp Fiction”. The track is pretty much all bass and any shortcomings in how the Sony WH-1000XM4 handles sub-250Hz frequencies would be sorely exposed – if they had any. There was weight and richness to each throbbing beat and the spacious soundstage prevented things from ever feeling claustrophobic.

There’s no longer support for aptX or aptX HD, which is a surprising omission but I never felt that much worse off in its absence. Those with devices capable of supporting Sony’s LDAC codec (primarily Android phone and tablet users running Android 8 or later) can take advantage of higher quality wireless streaming but, again, don’t worry too much if you don’t fall into this bracket: the WH-1000XM4 sound fantastic regardless.

This is in part down to Sony’s proprietary Digital Sound Enhancement Engine (DSEE) technology, which is capable of enhancing compressed audio files. The Sony WH-1000XM4 incorporate the newest version of the tech – DSEE Extreme (rather than DSEE HX which was used by the WH-1000XM3) – and upscale compressed files in real time. It works a treat and breathes new life into lossy files.

Believe the hype: the Sony WH-1000XM4 are better than their predecessors in almost every way and are the new undisputed kings of noise-cancelling headphones. Lack of water resistance aside, they’re near flawless, combining supreme comfort, beautifully expressive audio and the smartest, most effective noise cancelling going.

If you have £350 to spend on a pair of over-ear headphones, buy these. If you can’t stretch your budget that far, the WH-1000XM3 are at their lowest price ever so buy those instead.

Don't miss a deal at Groupon
Best offers at Argos
Discounts, Sales and Deals at Microsoft Store
Save your money with Nike DE
Online-Shopping with Surfdome
Best products at John Lewis
Latest Posts