It’s official: the much speculated Nvidia GeForce RTX 3090 does exist, and it’s set for release on September 24.

Announced at Nvidia’s launch event, this beast of a card is Team Green’s most powerful GPU yet in the mainstream market. Nvidia itself christened it a ‘BFGPU’. The last time Nvidia released an ‘x90’ GPU was back in 2012 with the Nvidia GeForce GTX 690, which like the GTX 590 it replaced, was a dual-GPU card.

The Nvidia GeForce RTX 3090 is easily the most powerful gaming graphics card Nvidia has ever made, and it ushers in a new generation of Ampere graphics cards. It will easily blow the PS5 and Xbox Series X out of the water when they hit the streets later in 2020. Although these next-generation consoles will support ‘8K display output’, the Nvidia GeForce RTX 3090 actually supports 8K gaming, giving gamers a genuine reason to buy an 8K TV.

If you’re as excited about the Nvidia GeForce RTX 3090 as we are and want to know if it’s worth $1,499/£1,399 for, read on. We collected everything we know about the new GPU, from its specs to all the latest rumors and speculation that come our way. 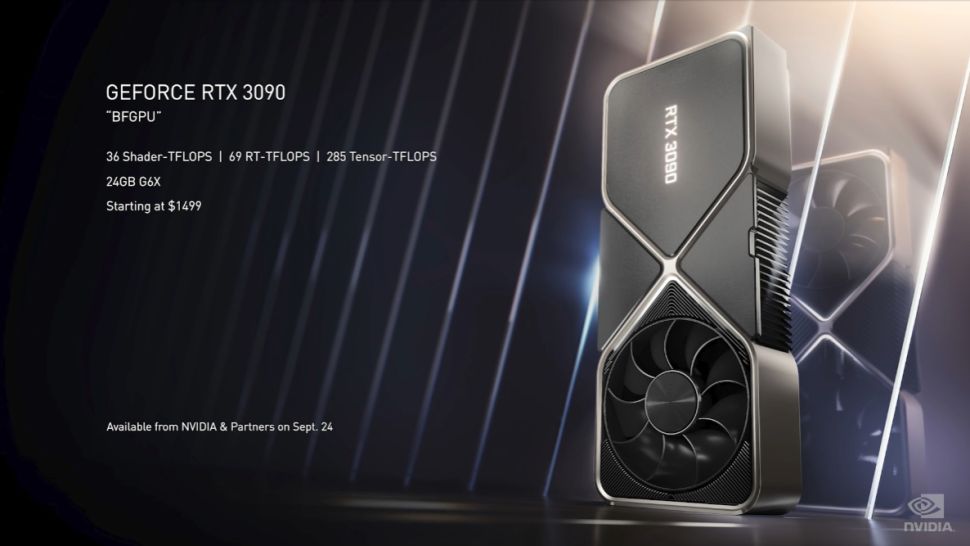 While the Nvidia GeForce RTX 3080 will be the first Ampere GeForce card on the market, hitting streets on September 17, Team Green is taking a staggered approach to this launch.

The Nvidia RTX 3090 release date will follow two weeks after the RTX 3080, and will be available to buy on September 24, and will be followed by the RTX 3070 in October 2020. However, get ready to hit that buy button fast, because we’ve seen reports that these graphics cards will be in short supply.

Alternately, the new Alienware Aurora desktops will come rocking the RTX 3090 and RTX 3080 cards. So, if you miss out on the initial release and need a new gaming desktop anyway, those should be available soon. 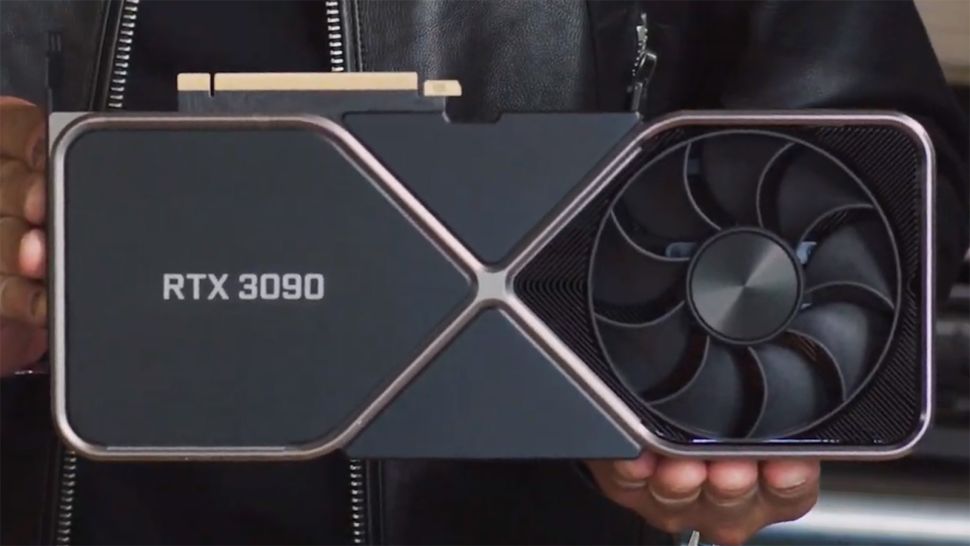 The good news is that it will be bundled with a free copy of Watch Dogs: Legion and a free year of subscription to GeForce Now. Those should add a bit of value for gamers who don’t have deep pockets. 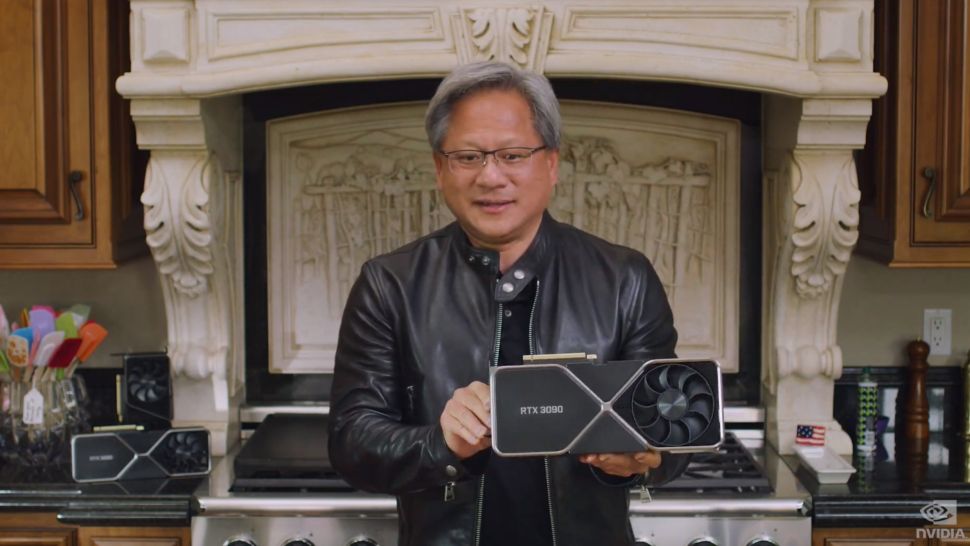 As you can see, this is a big leap over the RTX 2080 Ti, and that 24GB of memory puts it in Titan terrority. When Nvidia presented this graphics card, CEO Jen-Hsun Huang gave a preamble mentioning the Titan line, and it’s clear – both from the specs and the presentation – that this is a follow-up to the Nvidia Titan RTX, rather than the RTX 2080 Ti.

Nvidia’s Titan GPUs, which although based on the same tech as Nvidia’s gaming GPUs, are in fact aimed at content creators and come with high price tags which are relatively affordable compared to professional GPUs.

So, while Nvidia has finally given up the idea that Titan-class GPUs aren’t for gamers, this is definitely a GPU that is in an entirely different class of performance, and is going to be overkill for a vast majority of people.

This is evidenced by the sheer scale of the GPU on offer here. Beyond it being physically large – the Founders Edition is a massive three-slot unit – it’s also rocking a whopping 10,496 CUDA cores and 24GB of GDDR6X memory. That’s more raw power than we’ve ever seen on a GeForce card. To put that into perspective, the Nvidia GeForce RTX 2080 Ti has “just” 4,352 CUDA cores, paired with 11GB of VRAM.

This won’t automatically make the RTX 3090 more than twice as fast as the RTX 2080 Ti – there’s more that goes into a Streaming Multiprocessor than just CUDA cores – but it certainly won’t be slower.

However in order to drive this much horsepower, the RTX 3090 comes with an absolutely hungry power draw. This is a graphics card rated for a 350W TDP, which is 30% more power than the RTX 2080 Ti. Nvidia is recommending a 750W PSU to run the RTX 3090, but to be safe and for max efficiency, we’d actually recommend going with a 1000W unit or more – especially if you’re pairing this graphics card with a hungry processor like the Intel Core i9-10900K.

We’ve also heard manufacturers like Asus claim that users with aging PSUs may want to upgrade to a fresh power supply to handle the sudden spikes in power draw that the RTX 3090 will bring.

There’s no way to tell right now just how big the leap in performance is going to be here. We haven’t had a chance to test the Nvidia GeForce RTX 3090 ourselves, and it’s smart to take Nvidia’s claims with a grain of salt. Whether or not it’s going to deliver the perfect 8K @ 60fps experience or not remains to be seen, but on paper, this is an absolute beast of a graphics card.

Don't miss a deal at House of Fraser
Best offers at Currys
Discounts, Sales and Deals at H&R Block
Save your money with Vodafone UK
Online-Shopping with Go Daddy
Best products at Adobe
Latest Posts