Nintendo, as ever, seems to have a few tricks up its sleeve, with a new patent that shows off a Nintendo Switch Joy-Con controller with a built-in stylus for use with the console’s touchscreen.

As reported by GamesRadar, a newly-revealed patent has come to light, detailing the modified Joy-Con design with a touch-pen attached to the top side of the controller. Rather than being a standalone stylus, it seems players would tilt the Joy-Con and use its new tip to scrawl, select, and otherwise interact with the Nintendo Switch’s display.

The patent went public on January 16, but was filed in mid-2019 by Nintendo, around the release of Super Mario Maker 2 – a game that got its own tie-in stylus for its precise level creation tools. 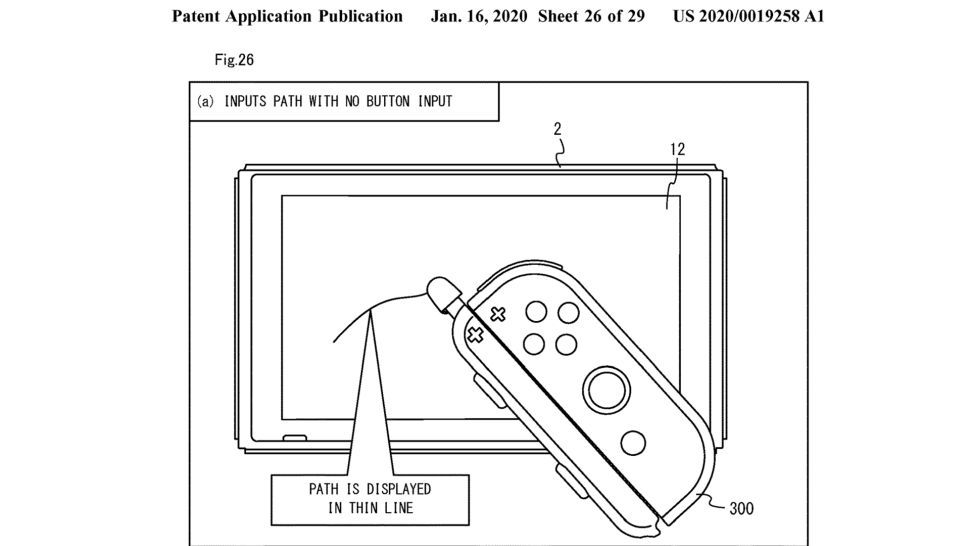 This town ain’t big enough for the both of us

You might be thinking: “Isn’t the stylus a 3DS thing?” And you’d be right. The stylus has been a cornerstone of the player interface with the DS family of systems ever since the first of the dual-screen handheld consoles launched back in 2004.

The 3DS has a resistive display that responds to physical pressure, while the Switch uses a capacitive screen instead – making the use of button inputs to log the thickness of the line-drawing quite smart, given you can’t simply push down harder for the same effect.

This patent shows that Nintendo is considering making the stylus more central to the Switch family of systems – currently just the Switch and Switch Lite – and moving further into the 3DS’ territory.

There’s plenty of talk about a new Switch Pro model coming later this year, and the 3DS will no doubt be gently phased out over the coming years – so it’s no surprise to see Nintendo plan ahead for a time when the Switch has to fill holes in gameplay left by the 3DS’ departure.

Don't miss a deal at Sky
Best offers at Farfetch
Discounts, Sales and Deals at Microsoft Store
Save your money with Vimeo
Online-Shopping with Brian Tracy
Best products at Argos
Latest Posts