The Mu-So 2 is a devastatingly fine-sounding slab of metal – part-wireless speaker, part-soundbar, and entirely captivating

The world of hi-fi is changing – and so is how we listen. An infinity of music follows our every move, streamed seamlessly through mobile apps, wireless headphones and multiroom speakers. For many, physical media has all but evaporated.

Naim, a brand beloved of audiophiles worldwide, has embraced this new age. Five years have passed since the launch of its flagship wireless speaker, the Mu-so and the time has come for a redesign. The result is the Mu-so 2nd Generation.

Naim Mu-so 2nd Generation review: What you need to know

The Mu-so is a money-no-object wireless speaker packed with music-streaming, multiroom tech. And if you’re thinking it looks like a rather handsome soundbar, well, Naim’s engineers had exactly the same idea: the 2nd Generation Mu-so now has an HDMI ARC (audio return channel) input so you can give it pride of place in front of your TV.

In fact, the Mu-so has emerged more multi-talented than ever: it supports Spotify Connect, Tidal, Roon, Apple AirPlay 2, Bluetooth, internet radio, UPnP streaming and Google Cast is now built-in, too.

In addition to that new HDMI input, you also get 3.5mm analogue and optical S/P-DIF inputs, 10/100 Ethernet and 802.11ac Wi-Fi. Combine all that with Naim’s elegant smartphone app and the Mu-so presents itself as a dazzlingly versatile speaker. Whether you have terabytes of hi-res audio stored on your home network, want to stream your favourite hits from Spotify, or watch Netflix shows accompanied with pristine stereo audio, the Mu-so has you covered.

One notable absentee is voice control but that’s no big deal: a £30 Amazon Echo Dot or Echo Input is an inexpensive solution to that problem. 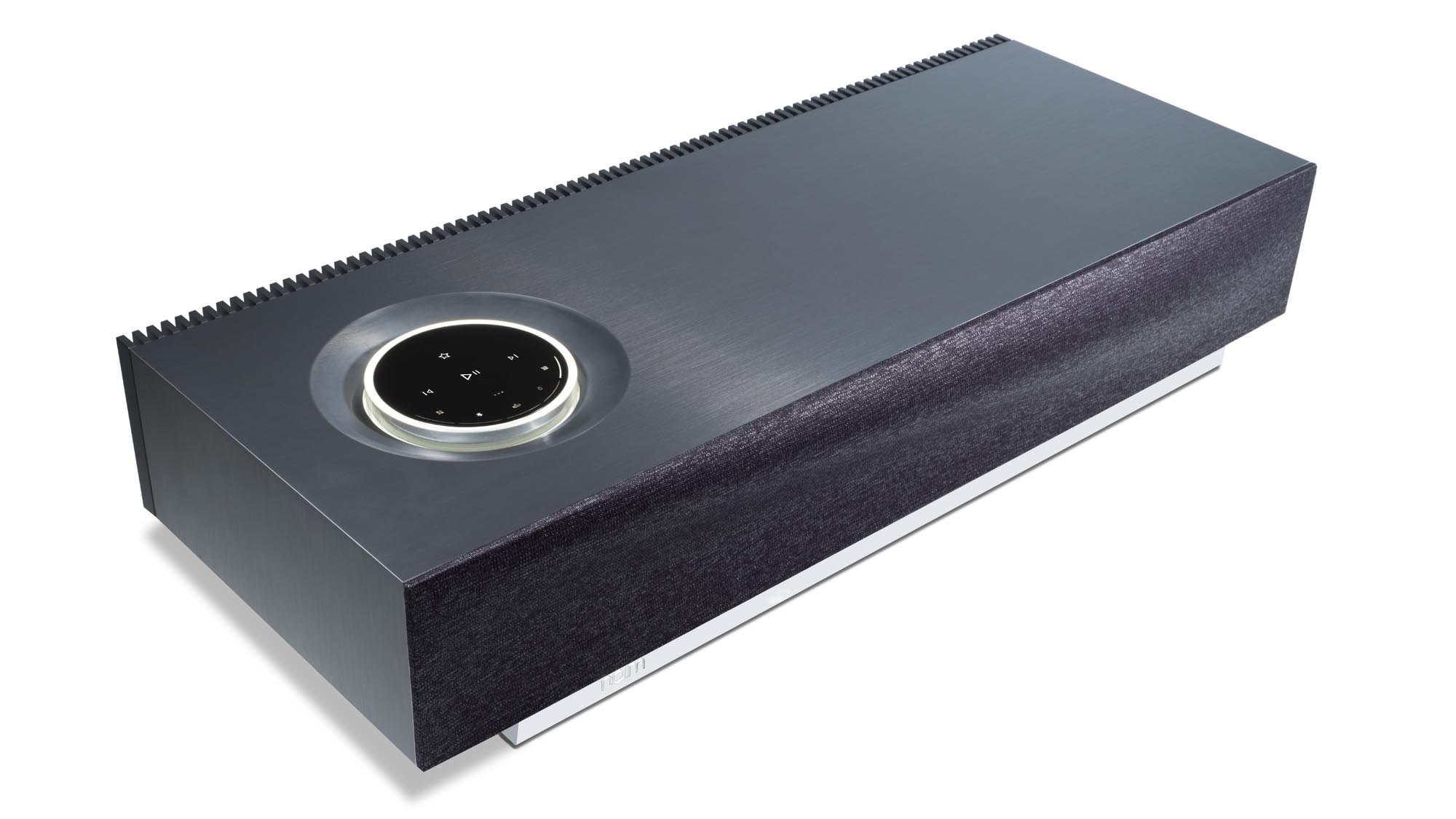 The £300 price hike puts the second generation Mu-so up against some mighty tempting alternatives. One obvious contender is the Devialet Phantom Reactor 900 (£1,290), a speaker that partners room-shaking sound with divisively futuristic styling. If you can stomach the looks, and like the idea of being able to add a second speaker for “proper” stereo somewhere down the line, the Devialet route is an enticing one. If, that is, you can stomach spending another thousand pounds plus for the privilege.

If you’d prefer to keep it within the Naim family and like the idea of multiroom audio then you could always buy two or more of the smaller Mu-so QB (£649) speakers. The QB can’t conjure up the drama and full-bodied sound of its larger stablemate but it’s not to be underestimated: its daintier, cuboid footprint still fills even large rooms with crisp, balanced, foot-tapping sound. It’s disappointing you can’t pair them as stereo speakers but one in each room will be enough for all but the most dedicated of head-bangers.

You might also, alternatively, consider a Sonos system. For this kind of money, you could pick up a pair of Sonos’ very capable Play:5 (£499 each), as well as a pair of Sonos One (£199 each, £348 a pair), and then choose whether to use both sets as stereo speakers or spread all four across different rooms around the house. What’s more, Sonos allows up to a maximum of 32 speakers whereas Naim only supports up to 5.*

*Fun fact: it’d actually be cheaper to buy 32 Sonos Ones than five of Naim’s Mu-So 2nd Generation. Top tip for all you mansion owners out there.

The Mu-so has received a fairly radical overhaul to create this 2nd generation model, not that you’d be able to tell by looking at it. Naim’s brutalist slab is still striking in its own unique way: its precise, squared-off edges and glowing perspex base are softened judiciously by the rippled fabric weave stretching across the front grille and the large rotary volume dial on the top panel. The only obvious, albeit subtle, difference is it’s now finished in a darker “burnished grey”. 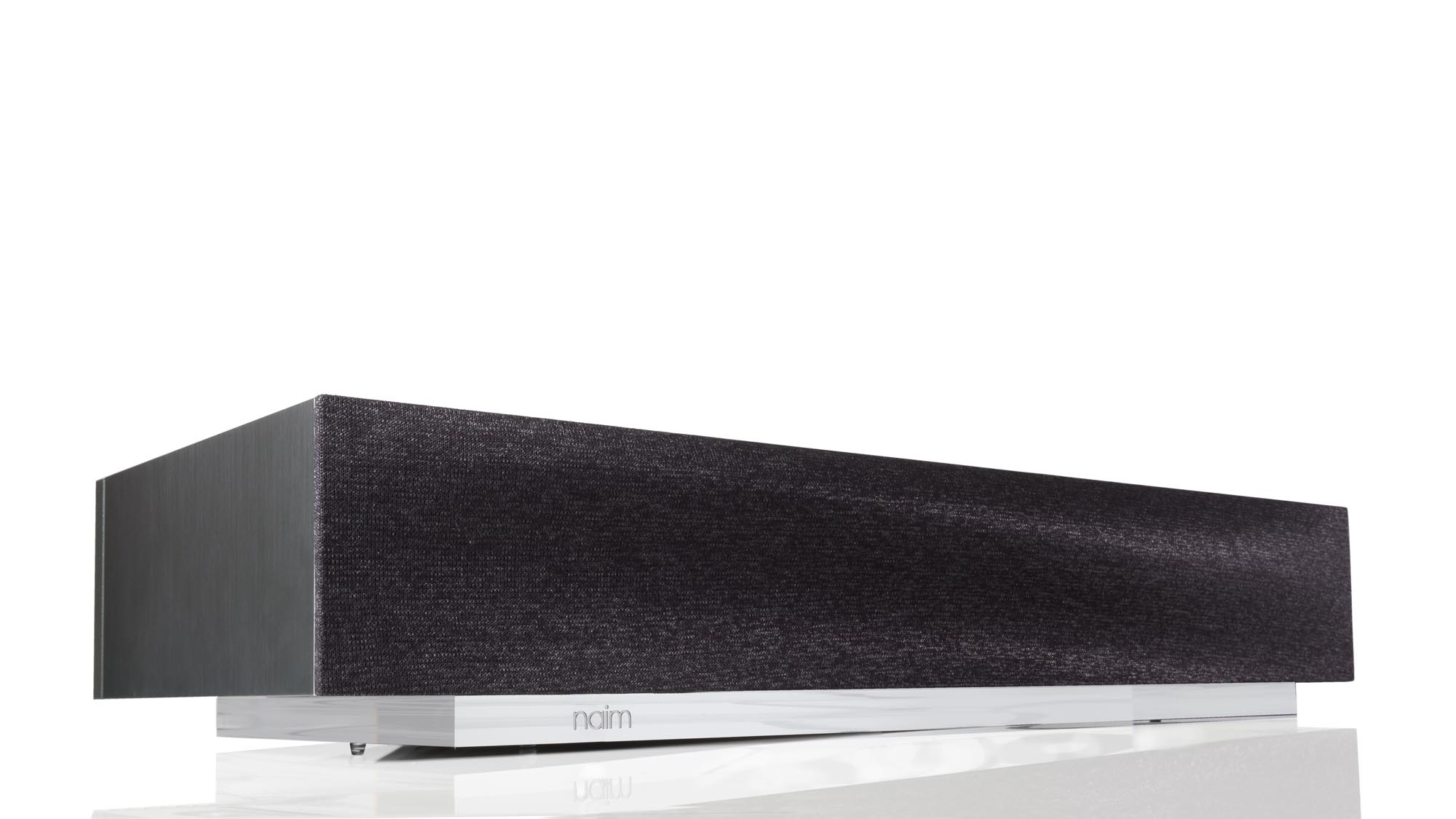 Delve deeper, however, and you’ll find there have been extensive changes under the hood. During development, Naim enlisted the help of the famed French speaker manufacturer, Focal, to hone the Mu-so’s performance. The speaker’s six drivers have been given particular attention – the two tweeters are the same as they were in the original Mu-so, but Focal has had a hand in upgrading the two pairs of mid-range and bass drivers.

Put the old and new models side by side, and you’ll also notice that the 2nd Generation is roughly a centimetre deeper. That seemingly tiny change has allowed Naim and Focal to dramatically increase the Mu-so’s internal volume – there’s precisely 13% more of it – and this is matched with improved internal bracing and baffle design to extend the bass response while keeping music-muffling vibrations to a minimum.

Those distinctive fins at the Mu-so’s rear are now thinner than before but that’s not just for show: the increased surface area helps them to dissipate heat from the six amplifiers more effectively and they double as a Wi-Fi antenna, too.

The digital signal processor has received a hefty upgrade. It now reaches 2,000 MIPS (million instructions per second) where its predecessor achieved only 150 MIPS. Naim recently added AirPlay 2 support to the original model with a firmware upgrade, so this new DSP bodes well for any future software upgrades that might be required.

If you’re struggling to spot the 10/100 Ethernet, HDMI, optical and analogue connections, well, that’s because they’re well hidden on the Mu-so’s underside. And yes, that does make them a pain to get at. Thankfully the USB socket is more sensibly located on the Mu-so’s right-hand flank. 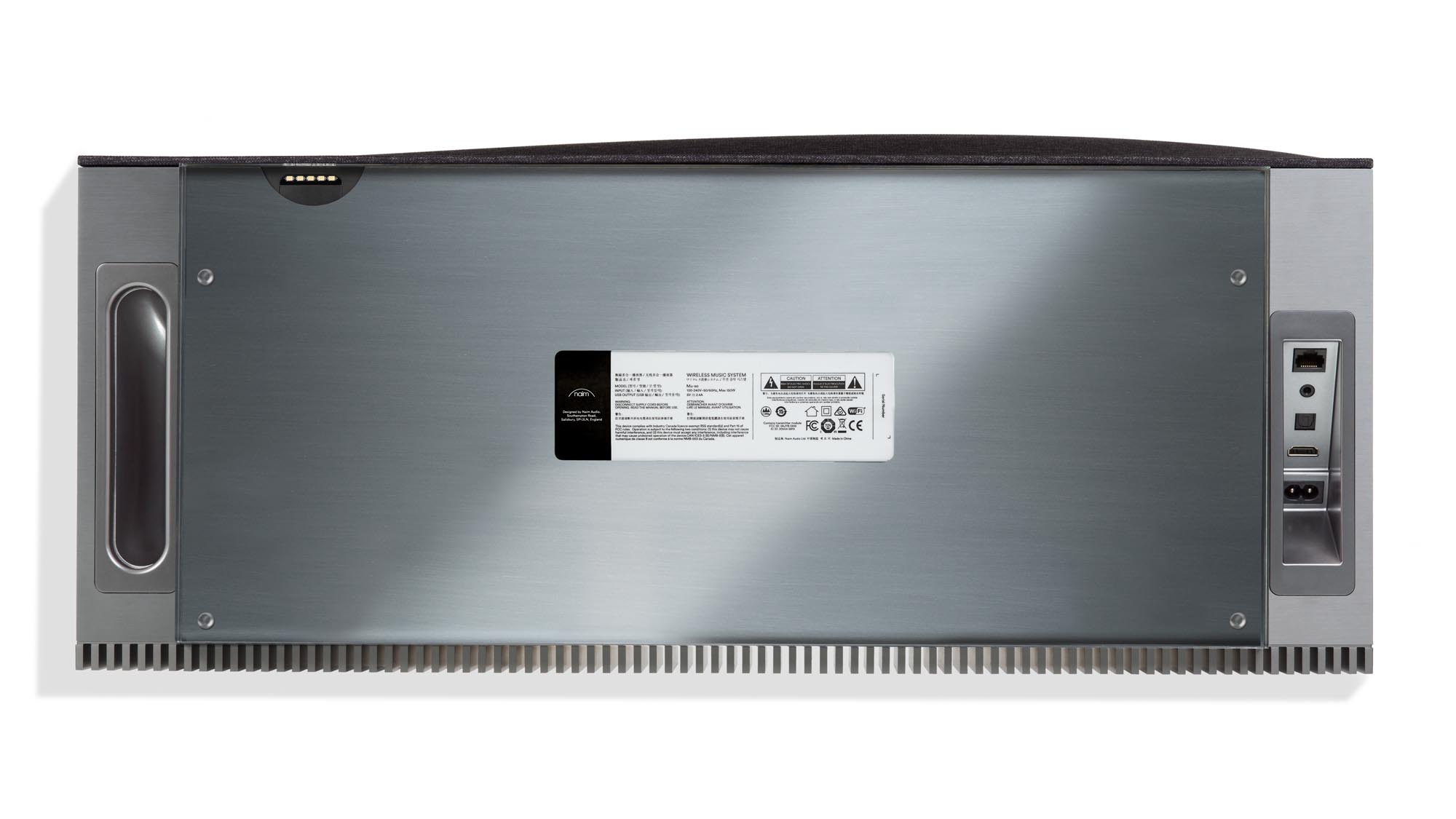 The Naim app (available for iOS and Android) makes light work of everything from initial setup to day-to-day control. It’s easy to navigate, setup is fairly quick and painless, and the app doesn’t have any annoying quirks.

Actually, scratch that, it has two. First, unlike pretty much every other music streaming or playback app in the history of mankind, the slider at the bottom of the screen during playback doesn’t skip through the track timeline: it adjusts volume. You will discover this when you accidentally crank the volume sky-high and give yourself PTSD in the process. I’d much prefer the Naim app to use the device’s physical volume buttons for this, just as it does when you’re using Spotify Connect or are connected to the speaker via AirPlay 2.

The second (very) minor gripe is that Spotify integration is non-existent. Click the Spotify shortcut and it simply gives you an option to open the Spotify app. Given that Naim has done a pretty fantastic job of integrating a front end for Tidal, this just seems a tad jarring. It’s not a big deal, though; I suspect many will prefer to use the Spotify app anyway because it’s familiar.

Tidal subscribers get a far better deal, however, as the integration is seamless. There’s access to all your playlists and favourite tracks and the clean, sensible layout means you won’t find yourself switching to the official app in irritation. In fact, in some ways, it’s even better, as it brings artist biographies to the forefront rather than hiding them in a context menu, which is great for browsing and discovering new music. 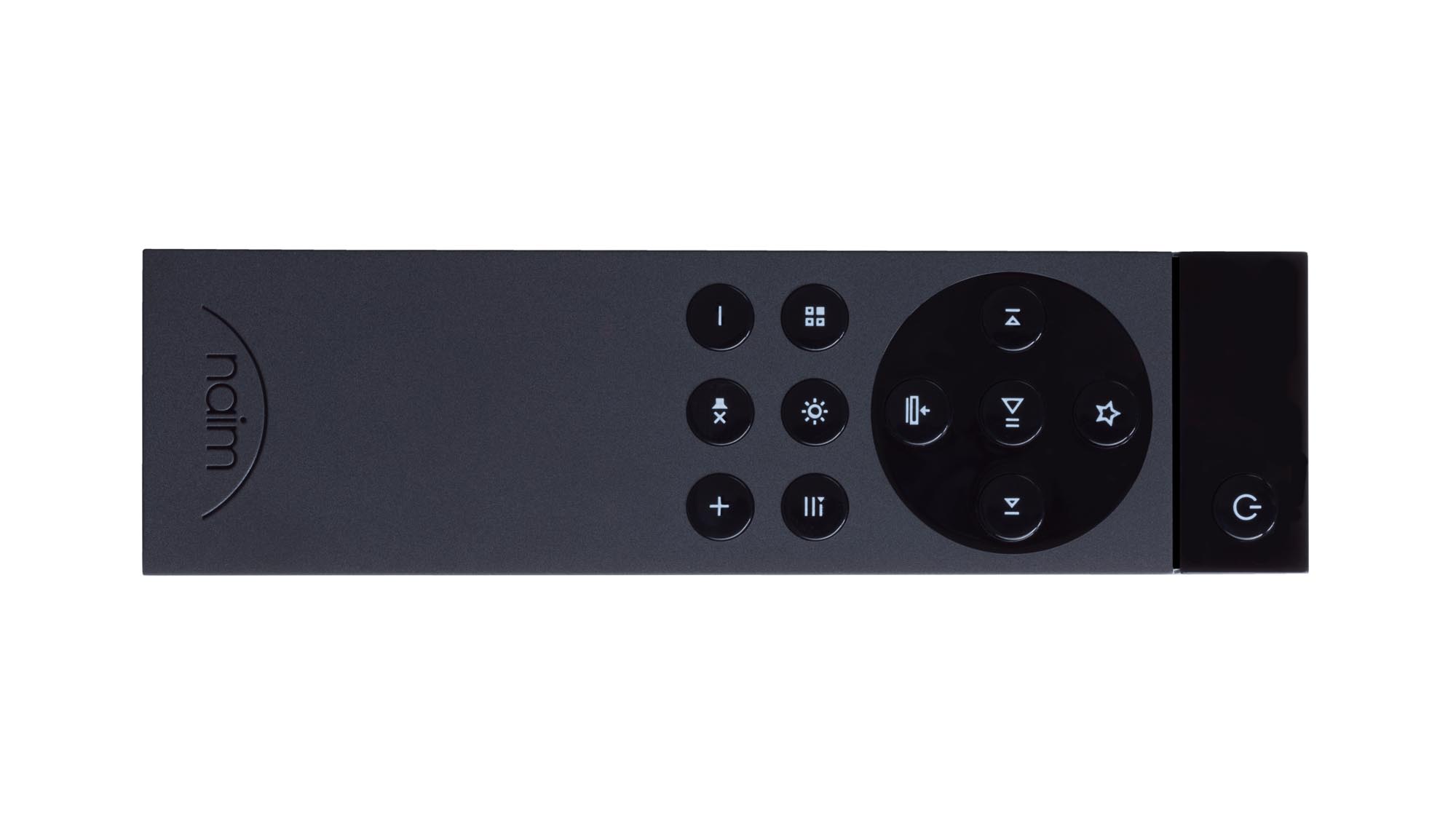 I’m a big fan of the app’s almost-universal search, too. You can simultaneously search for music across Tidal and all your local or UPnP-connected devices, which makes incredibly light work of finding the music you want to listen to, or discovering different versions of tracks you might not have realised were available for streaming. It’s just a shame Spotify isn’t included in this.

You don’t always have to reach for your smartphone or tablet, though. If your phone or tablet isn’t to hand, you can walk over and dab one of the touch-sensitive buttons or simply tap a button on the remote control. Your options are more limited as there’s no way to browse tracks on the device itself but you can resume playback of tracks in your play queue, fire up one of your internet radio presets (you can pick up to five) or initiate playback from a USB device. And, of course, you can quickly skip tracks, too.

If you demand aural fireworks from a £1,299 speaker, then the Mu-so might not be for you. It’s not that the Mu-so doesn’t sound great – it does – but it’s more that it goes about its business with such restraint and finesse that you don’t actually notice it. The volume rises effortlessly to mildly outrageous levels and it’s only once you try to have a conversation that you realise just how loud it is. Whether you’re listening to music, movies, podcasts or soap operas, the Mu-so focuses your attention on the content, not the delivery. 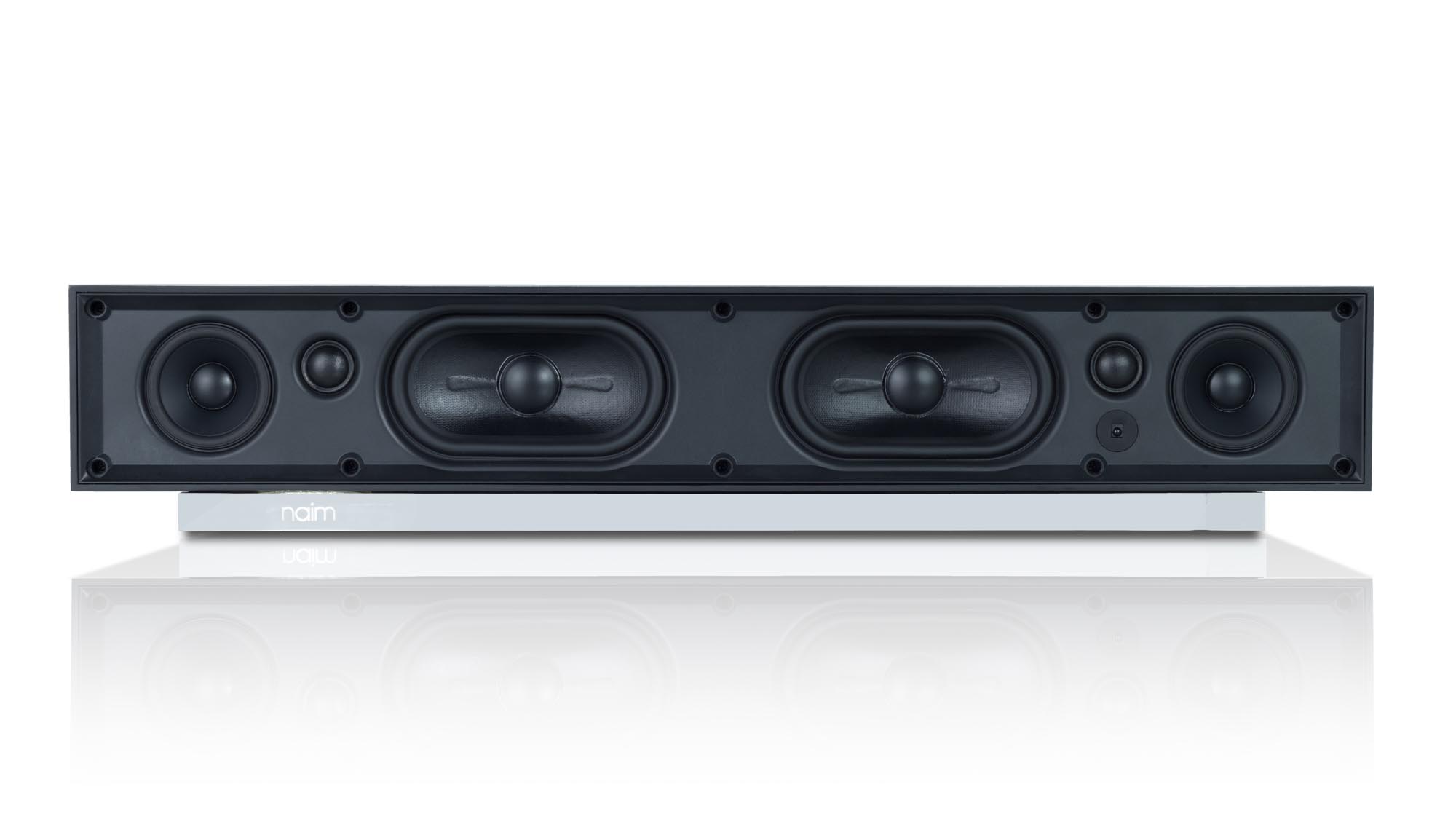 Tracy Chapman’s “Fast Car” etches the Mu-so’s strong points into sharp relief. The two relatively tiny bass drivers lend genuine weight and sub-bass heft to the bassline and kick drum, and the mid-range and treble deftly unpick Chapman’s guitar lines and plaintive vocals. The vocals on this track can easily begin to sound distorted or nasal if a speaker’s mid-range is lumpy and imprecise, but the Mu-so has no such issues. And, once the drums thud into view, the sense of scale and impact is impressive.

If there’s an immediate criticism to be made, it’s that there’s no sense of a stereo image at all. There is a sense of airiness and front-to-back depth but, unlike some rivals and many soundbars, the Mu-so doesn’t attempt to scatter sound around the room to give the impression of sound coming from multiple speakers.

Change tack with a raucous Hollywood blockbuster such as Pacific Rim or Hellboy 2, though, and the Mu-so does switch gears convincingly. Crank it up to anti-social levels and the Mu-so’s DSP does a great job of keeping things sounding relatively composed. The lowest bass is reined in a little at higher volumes, presumably to protect the drivers from damage, but there’s still oodles of impact across the frequency range, and dialogue remains intelligible through the dense layers of sound effects and music.

If you’re still reading at this point, then I suspect you want me to try and put you off. To give you a reason not to be precisely £1,299 poorer. I’m afraid I have bad news.

Okay, granted, despite Naim’s best efforts it can’t do the impossible. It won’t outperform a similarly-priced pile of hi-fi separates. But for people who can’t bear the clutter of separates, cables and stands, the Mu-So 2nd Generation’s manifesto is compelling: fill your room with music, not boxes. It’s got my vote.

Don't miss a deal at Boohoo
Best offers at Sky
Discounts, Sales and Deals at Vimeo
Save your money with Bodybuilding
Online-Shopping with Brian Tracy
Best products at Surfdome
Latest Posts