Still the most robust digital drafting table around, Surface Studio 2 wasn’t meant to compare well against most computers. For the digital artist or other visually-focused content creators, Surface Studio 2 will be the one to beat – dated parts and all.

We’ve been waiting for this one: the Surface Studio 2 has finally arrived, improving in nearly every way. Now, these improvements may not be on par with a lot of today’s professional all-in-one PCs, but they do wonders for the Surface Studio 2’s core use case.

That use case is the most robust digital drafting table to date.

This will get you a 7th-generation – nope, not a typo – Intel Core i7 processor designed for laptops and powered by Nvidia GeForce GTX 1060 (6GB GDDR5) graphics, 16GB of DDR4 memory and a 1TB NVMe SSD. Yes, the hybrid drives are gone.

If you want to upgrade the Surface Studio 2, you can pack it with up to Nvidia GeForce GTX 1070 (8GB GDDR5) graphics, 32GB of DDR4 RAM and as much as 2TB of SSD space. You won’t be able to change the processor, though.

The configuration you see listed here – one of only three available in the US – will cost you $4,199 (AU$6,599, about £3,319). This doubles the memory of the starting model and introduces the GTX 1070 graphics processor.

It’s difficult to compare this desktop against competing all-in-one PCs for creatives and otherwise, as it was designed for a very specific audience: digital artists and other creators.

However, the asking price has been bumped up by $500 in the US for parts that, while definitely better than the Surface Studio, are arguably out of date by today’s standards. Hopefully, Microsoft fixes this oversight in the Surface Studio 3.

All in all, it’s difficult to say what price should be put on such a niche product with such a specific use case, but this is an expensive piece of hardware no matter how you slice it. 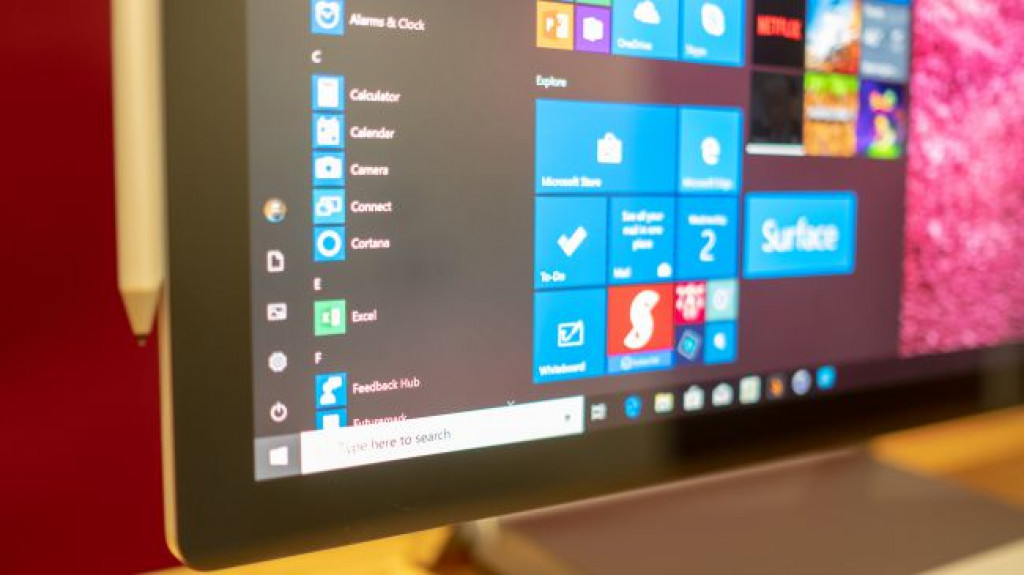 Absolutely nothing has changed about the Surface Studio 2 in terms of physical design over the original – which may be a disappointment or music to your ears, depending on how you look at it. Even the included wireless peripherals haven’t really changed since the first Surface Studio launched.

That said, Microsoft took the opportunity to upgrade the Surface Studio display with this revision. The screen has been given quite a boost in the brightness and contrast departments by 38% (515 nits) and 22% (1,200:1), respectively.

The increases to brightness and contrast don’t exactly blow our mind, personally, but we’re sure it can make content more visible and workable for creatives. The increased brightness can bring out enhanced detail, meanwhile, the boosted contrast will drive deeper blacks and lighter whites, and in turn produce more color depth.

Beyond these points – and USB-C in replace of a DisplayPort – there are no major design changes. This isn’t necessarily a bad thing, as the Surface Studio ‘Gravity Hinge’ doesn’t need any improvements.

We would have loved to see that starting price hike backed up with a full array of USB-C 3.1 or Thunderbolt 3 ports, though. This is especially true when you consider the Surface Studio 2’s potential to act as the hub of your desk. Not to mention its target audience: content creators. 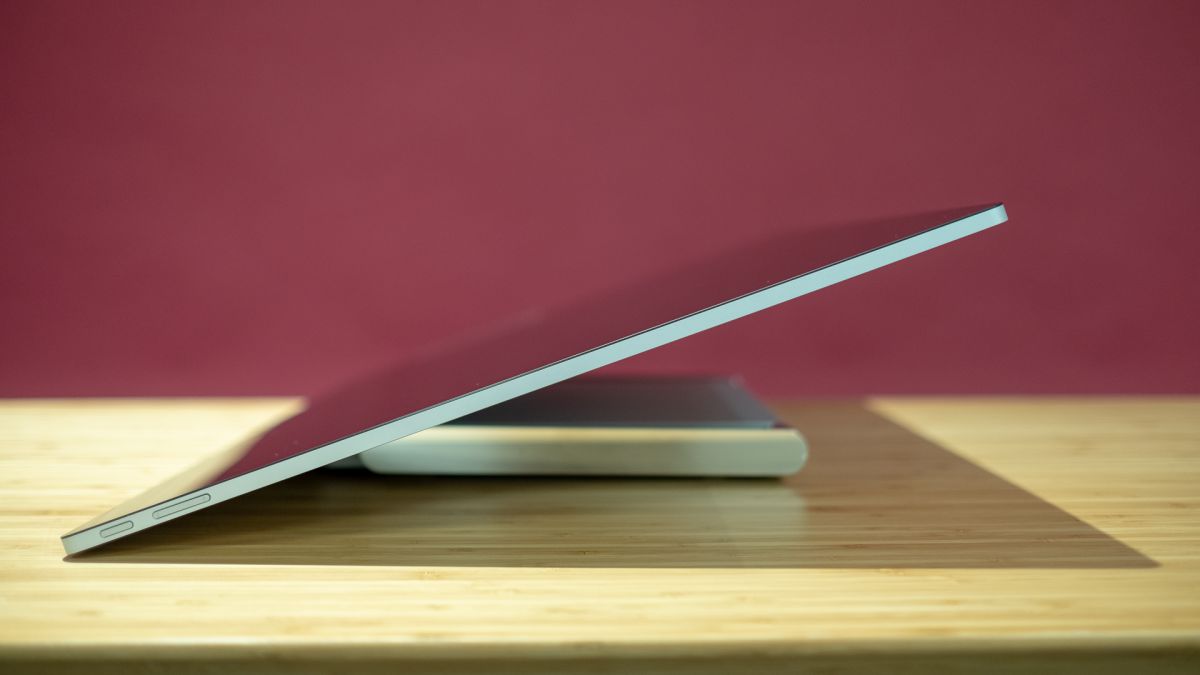 Also, why couldn’t this product have received that jaw-dropping, all-black color scheme that adorns the Surface Laptop 2 and Surface Pro 6, release alongside the Studio 2? Imagine how that would bounce off the chrome accents and just disappear behind your work – a sorely missed opportunity.

The keyboard and mouse inputs included in the box work just fine. The keyboard feels almost identical to that of the Apple Mac desktop keyboards in terms of travel and feedback. The mouse, meanwhile, has a welcome curvature to it that’s comfortable to hold. Both inputs require AA batteries. Sadly, there are no rechargeable peripherals here.

The Surface Pen stylus that’s also included will feel identical to those found on Surface Pro tablets, as it’s the very same stylus. Now, you just have a massive canvas to draw on with it, and the stylus shines when used on that much surface (get it?) area.

Of course, the Surface Pen attaches to the left side of the display magnetically.

Honestly, we’re glad to see Microsoft’s design persist in the sequel, as it was already rather brilliant. The Gravity Hinge still works here effortlessly, with all of the computer’s major components hiding within its base.

Speaking of which, the base has received a bit of an upgrade with a USB-C 3.1 port in addition to its existing USB 3.0 ports, which replaces the old model’s mini DisplayPort. 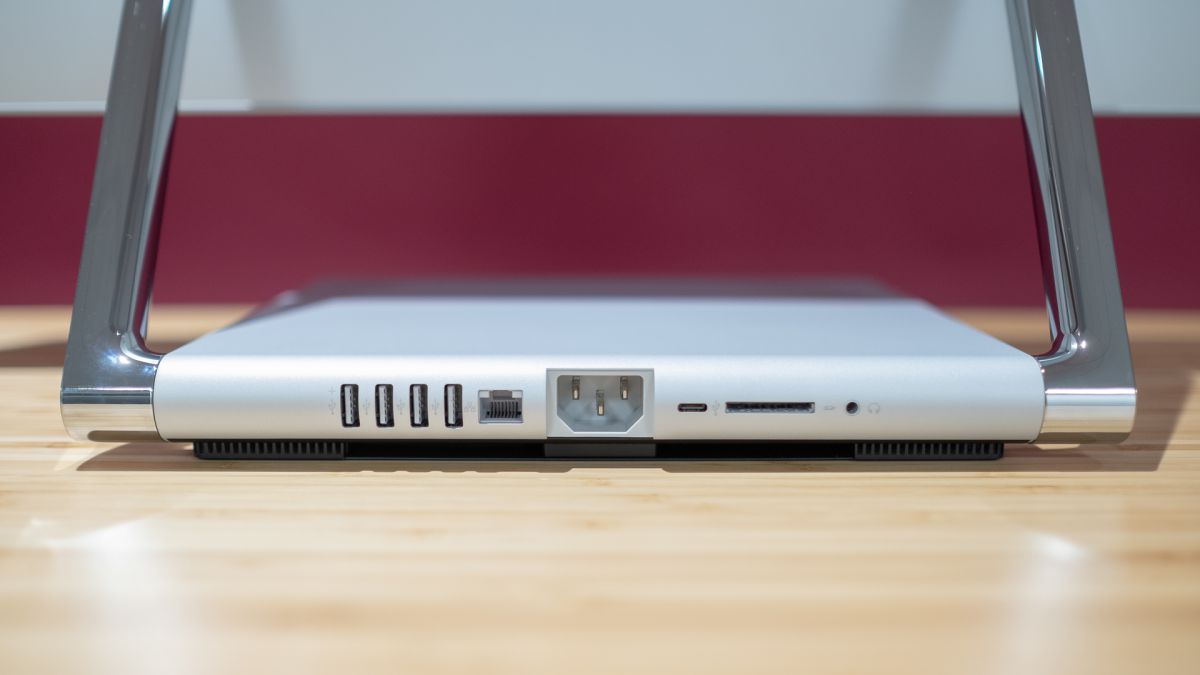 The parts inside the Surface Studio 2, on paper, look like peanuts compared to the latest processors and graphics cards available in similarly-priced desktop computers. However, none of those computers double as a high-resolution drafting table.

Microsoft’s unique positioning for Surface Studio 2 put this computer into almost a whole category unto itself, however what’s inside will be capable of basically all modern computing tasks regardless. Just don’t expect to be able to quickly encode 4K video, or drive the latest games at native resolution, with this machine.

However, for the content creator out there that doesn’t do much with digital art generation or illustration, there will be plenty of more powerful options out there that cost less – even all-in-one PCs, like Apple’s iMac Pro. Basically, if you don’t find yourself using this 28-inch computer as a digital drafting table, at least a double-digit percentage of the time, we wouldn’t recommend it.

Now, Microsoft may have included its Xbox Wireless connectivity protocol for its Xbox One controllers, and this PC may have the capability to play many of the latest games at decent settings, but this is not a gaming PC. We wouldn’t even remotely consider gaming to be a concern in purchasing this machine.

When it comes to gaming, you can simply do far better for far less. 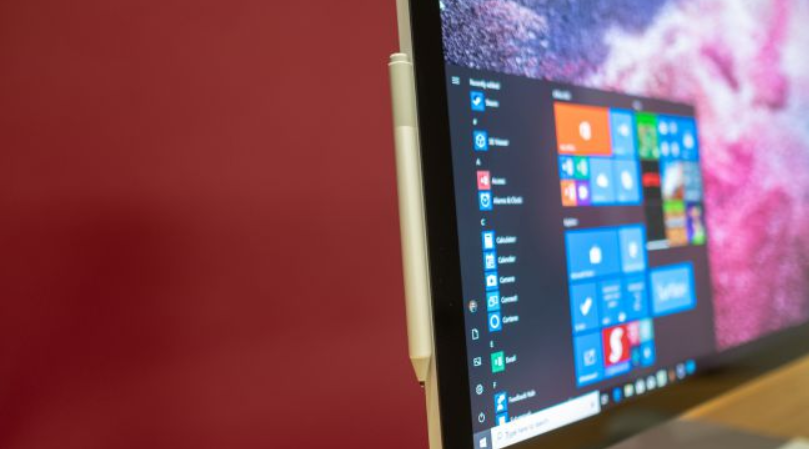 Of course, the Surface Studio 2 comes with zero pre-installed software from third parties, coming directly from Microsoft. This is certainly part of the appeal of the Surface Studio 2, with so many other devices filling the operating system with software that’s both unnecessary and undesired.

However, that does leave the Surface Studio 2 with little to speak for in terms of unique software and features. What we can highlight is the Windows Hello camera.

This is a 5MP (1080p) webcam that includes infrared sensors for facial recognition, and it appears to be largely unchanged from the previous. However, we couldn’t help but notice just how fast the system is a registering your face and getting you into the desktop. Honestly, it takes less time than we can utter the words ‘one second.’

Super speedy logins that are also secure should make any user happy – digital artist or not. 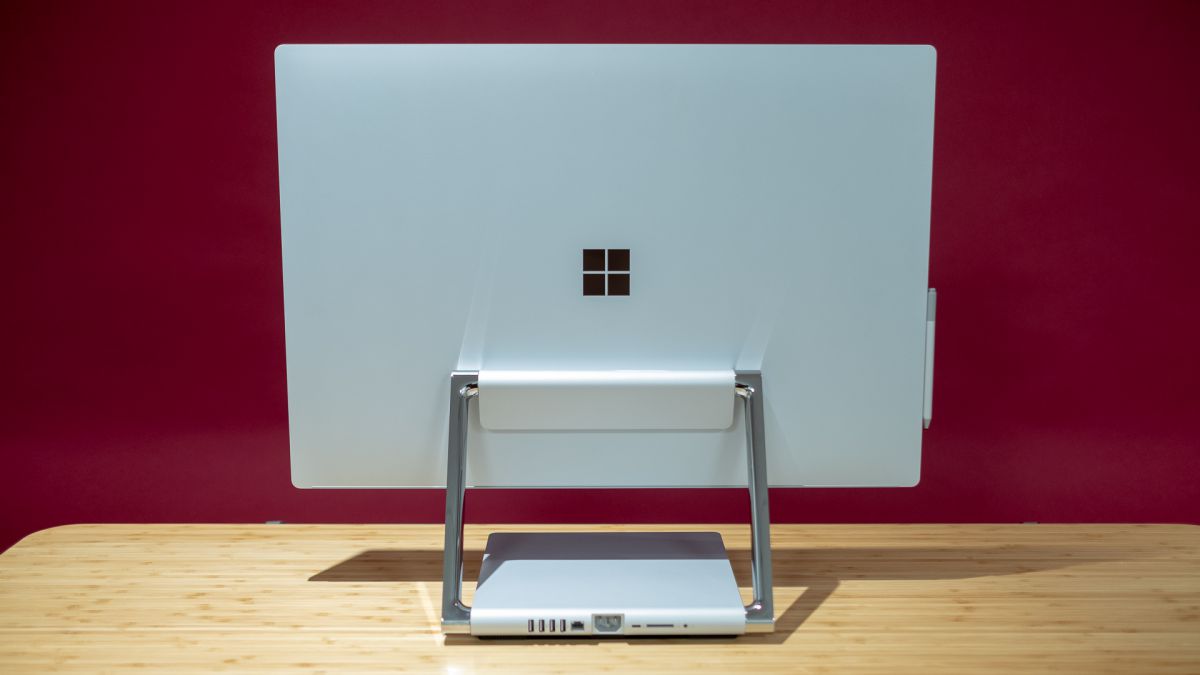 The Surface Studio 2 absolutely does what it ultimately sets out to do: improve upon the previous model in every way necessary. This version is faster, brighter and with more vibrant color than before, changing nothing that didn’t need to be changed.

That said, this computer will absolutely look like an overpriced heap when stacked up against rivals, like the Apple iMac Pro, on paper. These spec-for-spec comparisons simply cannot capture the complete value found within Surface Studio 2 … because of its unique use case as one of the world’s best digital drafting tables.

For the digital artist out there looking to upgrade from the original model, this one is a no-brainer. For newcomers, this model seems far more prepared to weather the endless silicon improvements and upgrades, with even stronger support for 4K content creation and the latest accessories via USB-C.

Surface Studio 2 isn’t going to compare well against most computers simply because it wasn’t meant to. For the digital artist or other visually-focused content creator, it’s going to be tough to beat Surface Studio 2 – dated parts and all.