Not content with worldwide fame for its guitar amps, Marshall has also been busy stamping its own mark on the personal audio market in recent years. Its headphones, in particular, have been a big hit with fashion-conscious consumers and the new Marshall Monitor II ANC are its latest offering.

Marrying Marshall’s trademark style with fine sound quality, Marshall’s latest headphones aren’t quite as good as our favourite ANC headphones but they are a strong option if you value looks, comfort and convenience as highly as noise cancelling.

Marshall Monitor II ANC review: What you need to know

The clue to what’s new with the Marshall Monitor II ANC lies in the name. While the most interesting feature in the brand’s first generation of Monitor headphones was that it had two 3.5mm jacks for sharing music, the big new addition this time around is far more practical: active noise cancellation. 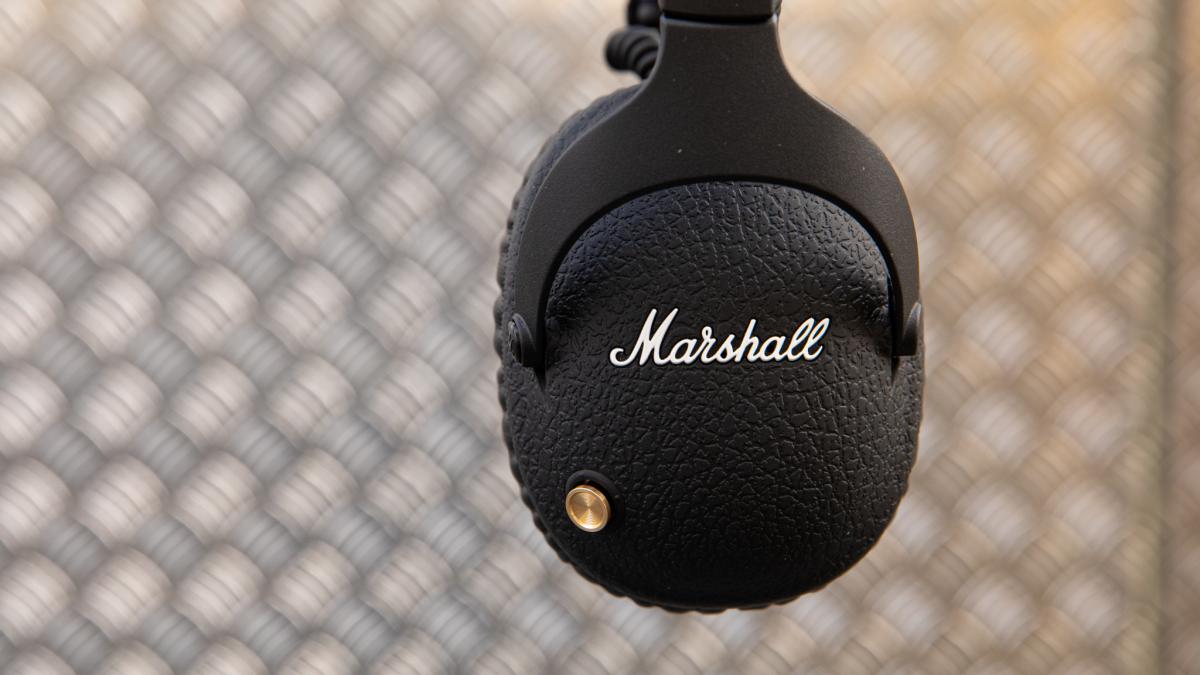 The Monitor II are pretty similar to their predecessors in terms of their core design. They’re an over-the-ear design that employs 40mm drivers and can be connected to your phone wirelessly via Bluetooth or the provided 3.5mm cable. Codec support is limited to SBC only (that doesn’t hold back Bose) but you do get voice assistant support and there’s an accompanying mobile app so you can tweak the settings via your phone.

The Marshall Monitor II ANC cost £269, which as a starter price is at the slightly cheaper end of premium over-the-ear noise-cancelling headphones. As it stands, however, you’re going to be paying around the same price as our current champions, the Sony WH-1000XM3; although the Sony headphones started out at £330, they’ve since dropped in price to around £260. 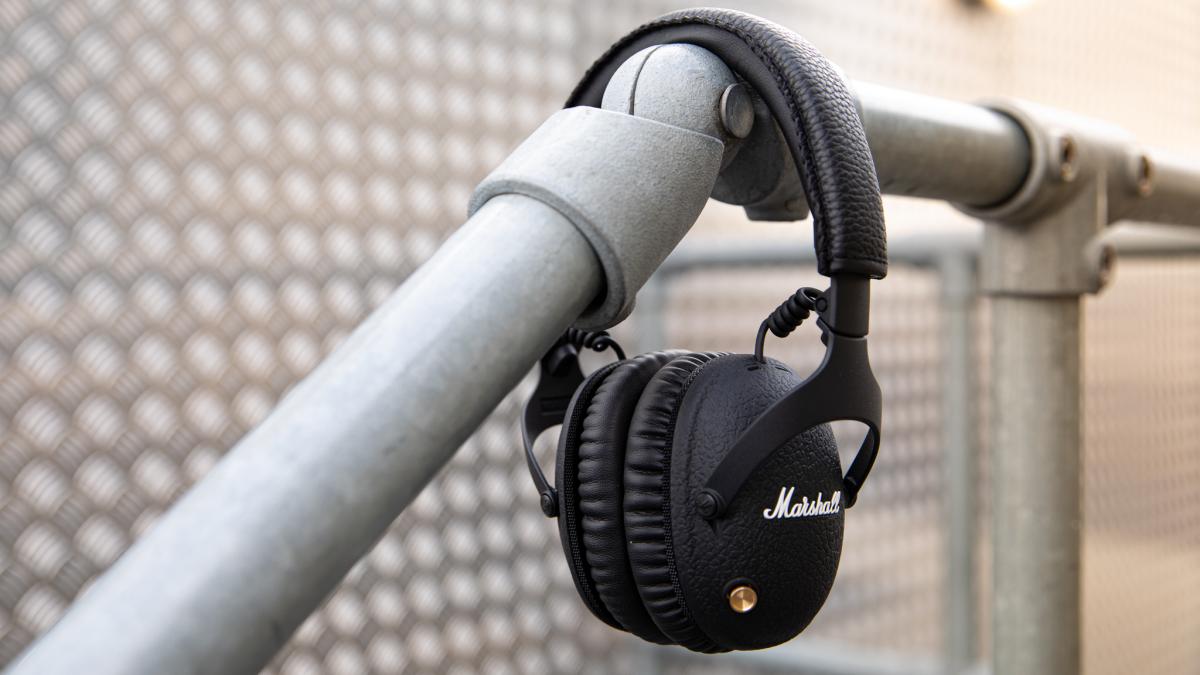 If it’s style and great noise cancellation you’re looking for, the Bowers & Wilkins PX7 are probably more what you’re looking for. These will set you back a little more at around £277 but are more suited to those who like a warm bass-heavy presentation to their music.

Marshall Monitor II ANC review: What do they look like?

If style comes first, however, there’s nothing that comes close to the Marshall Monitor II ANC. Leather wraps around the headband, soft textured plastic coats the subtly sculpted earcups, and the white script-style Marshall logo stands out starkly against the textured black.

In keeping with the design-led ethos of the product, most of the controls are not simply shiny black buttons. The main control takes the form of a brass-finish clickable mini-joystick on the right earcup. This is used to adjust volume (up/down), skip tracks (left/right) and power on or pair the headphones (click/click and hold). 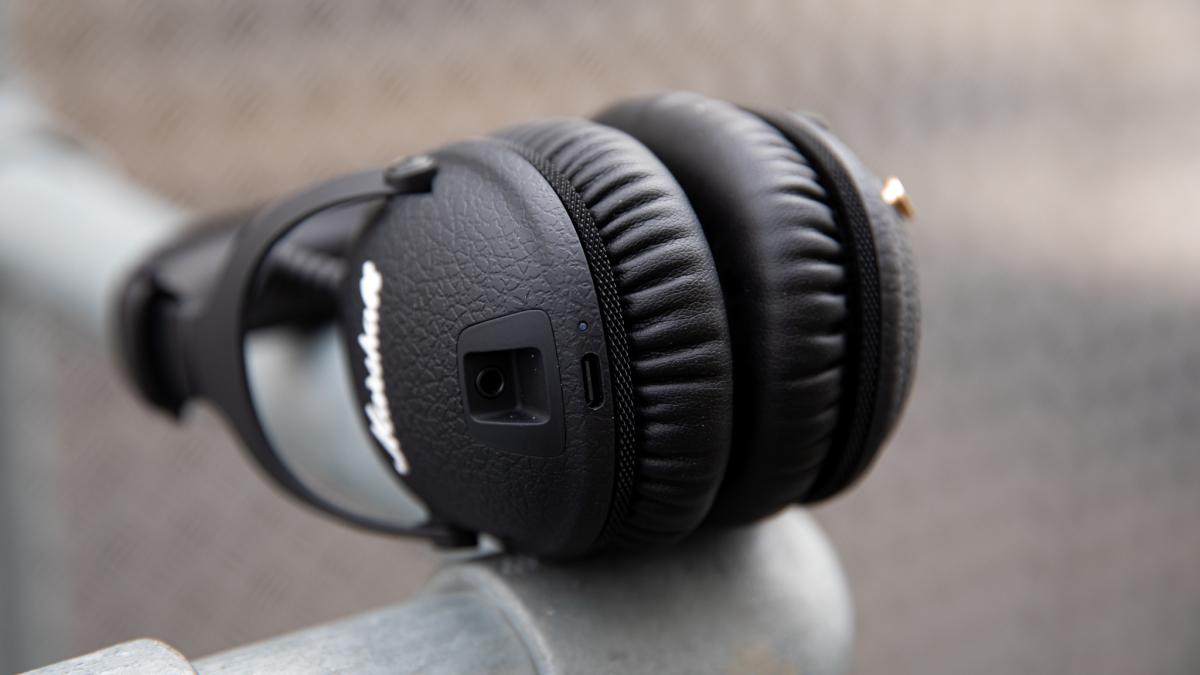 The only two other buttons are integrated neatly into the backside of each hinge: the left button lets you switch between the headphones’ ANC and talk-through modes; the right “M-button” is a custom control you can use to activate your digital assistant (Google Assistant or Siri) or flip between one of three preset EQ modes.

The EQs are set and managed using the Marshall Bluetooth app and you can select from a list of presets or create your own. You can also adjust the level of ANC in the app, although I can’t see why you’d want anything less than maximum. 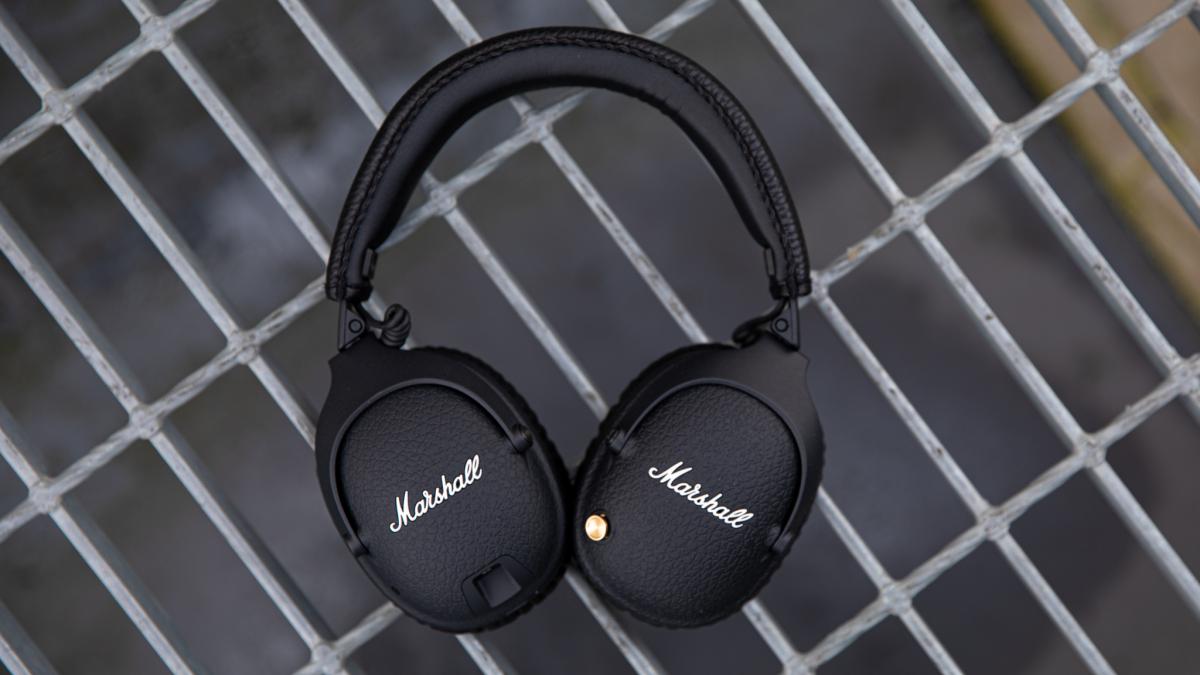 The Monitor II ANC not only look great but they’re also very well made. The metal arms feel rigid and sturdy, and the earcups are fully articulated so you can fold them up super small. With light, soft memory foam lining the earcups and underside of the headband, comfort levels are superb. The headphones don’t clamp particularly strongly to the sides of your head, however, which can make it tricky to adjust them so they completely block out external noise.

Unlike some headphones at this price, the Monitor II ANC don’t have sensors that pause the music when you take them off your ears. Marshall doesn’t provide a hard or semi-hard case with the headphones, either. You only get a soft, canvas bag in the box along with a USB Type-C charging cable and a coiled 3.5mm to 3.5mm cable for analogue connections. In short, you’ll need to be careful when slinging them in a bag or suitcase.

However, battery life is very impressive at 30 hours with Bluetooth and noise cancelling enabled and 45 hours with ANC disabled. That’s easily enough for the longest of international flights. 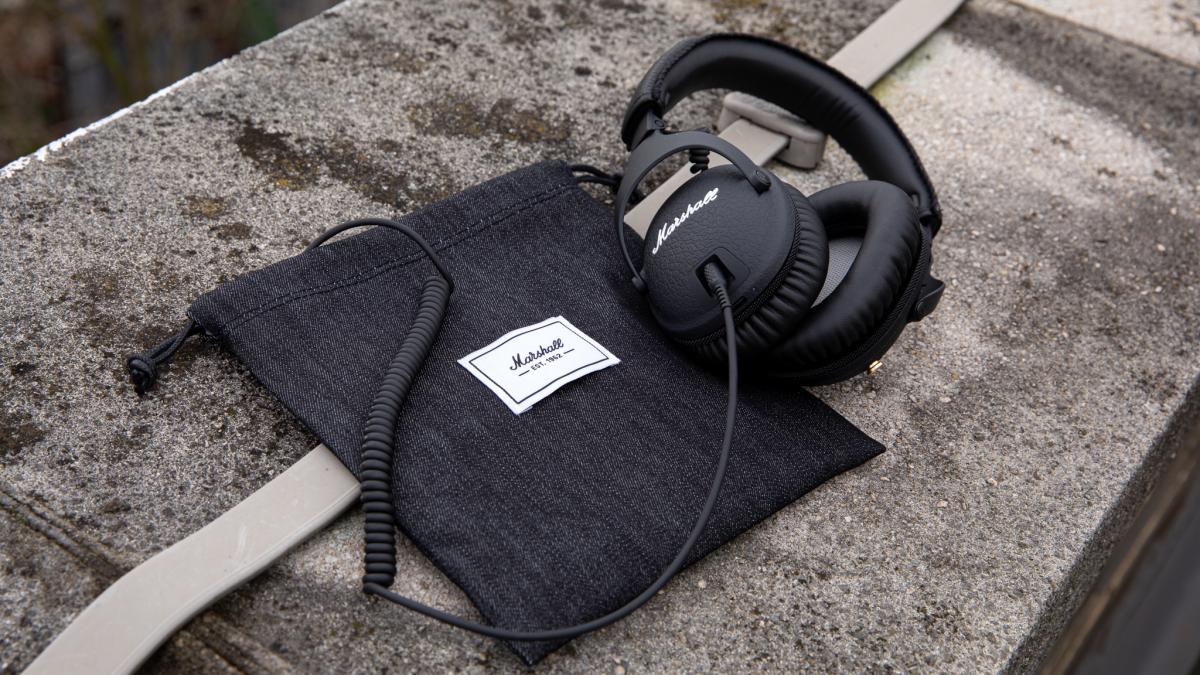 Marshal Monitor II review: How good is the noise cancelling?

The first thing to get out of the way is that the noise cancellation isn’t as good as it is on close rivals from Sony, Bose and Bowers & Wilkins.

I wore them for a few journeys on a particularly raucous stretch of the Central Line on the London Underground and was immediately clear to me that the Marshall, while reasonably effective, struggle to deaden as much of the roar and rattle of the carriages as its rivals. Even the older Bose QuietComfort 35 II are better than the Marshall Monitor II ANC.

Marshall Monitor II ANC review: How good do they sound?

Sound quality, on the other hand, is a different matter with bass and mid- and high-frequencies all presented in a lively, clean fashion. The Marshal Monitor II eschew the bass-heavy presentation of the Bowers & Wilkins PX7 and don’t sound as warm and punchy as the Sony WH-1000XM3, but there’s still a spaciousness and crispness to the sound that’s rather appealing.

Fire up Kraftwerk’s The Robots and there’s still plenty of rich, liquid bass, it just doesn’t hit with quite the strength or authority of the Sony WH-1000XM3 or the Bowers & Wilkins PX7.

Vocals and acoustic tracks benefit from the Marshall’s slightly cleaner presentation, however. Mike Massé’s live recording of Blackbird is delivered with a delicate poise and attention to detail that allows you to not only hear the vocals and guitar but also take in the ambience of the venue at the same time. In the same way, Nils Lofgren’s Keith Don’t Go is replete with ambient detail; you might not like the yells and whooping of the crowd in the background but they’re certainly easy to pick out.

Marshall’s first stab at producing a pair of ANC headphones is a generally likeable one. I love the way these headphones look and feel on my ears. The attention to detail really is something else and they’re solidly made. The fact that they’re so easy to fold away and stow is just a bonus. They sound pretty good to my ears, too, and although they won’t suit those who treasure the throb of whomping bass, they sound great with most genres of music.

Ultimately, though, it’s the slightly below-par noise cancelling that undermines these headphones’ charge to the top. Unless you absolutely value style in your headphones above all other things, then the Sony WH-1000XM3 or the Bowers & Wilkins PX7 make a more sensible choice.

Don't miss a deal at Intuit Small Business
Best offers at Marks and Spencer
Discounts, Sales and Deals at Go Daddy
Save your money with Argos
Online-Shopping with Brian Tracy
Best products at House of Fraser
Latest Posts