If there’s an optimal time to release a pair of earbuds with a case capable of killing bacteria, in the midst of a global pandemic is probably it. The LG Tone Free FN6 deliver that particular function courtesy of clever ultraviolet light technology.

They are an otherwise unremarkable pair of earbuds, however: Audio quality is reasonable, as are the fit and earbud design, but unless aural hygiene is your top priority there are better options in the Tone Free FN6’s price range.

LG Tone Free (FN6): What do you get for the money?

For £150 you get a pair of Bluetooth 5, water- and sweat-resistant (IPX4) earbuds that support the AAC and SBC codecs: those that want to make use of hi-res audio codecs like aptX will need to look elsewhere. The Tone Free FN6 feature short stems that house touch-sensitive panels and you get three sizes of hypoallergenic silicone eartips to choose from.

Also in the box is a compact charging case, which can be topped up using the included USB-C cable or charged wirelessly. The buds offer six hours of audio playback per charge, while the case has enough juice for two full charges, making a total of 18 hours playtime, which is a little disappointing by current standards. All but one of the entries on our best wireless earbuds list offer better battery life, with the RHA TrueConnect 2 providing a staggering 44 hours of playback.

Using the largest set of eartips I was able to achieve a very secure fit that provided an impressive amount of passive noise cancellation. The buds felt stable in my ears and no amount of thrashing or jiggling my head was able to dislodge them.

The fit isn’t without its issues, though: after around an hour of use, I began to experience ear fatigue. Switching to the medium-sized eargels alleviated the pressure on my ear canals somewhat but came at the cost of a less snug fit and more external noise making its way in.

Fit will differ dramatically from person to person but, using the various options available to me, I was unable to get what I would describe as a truly comfortable fit. 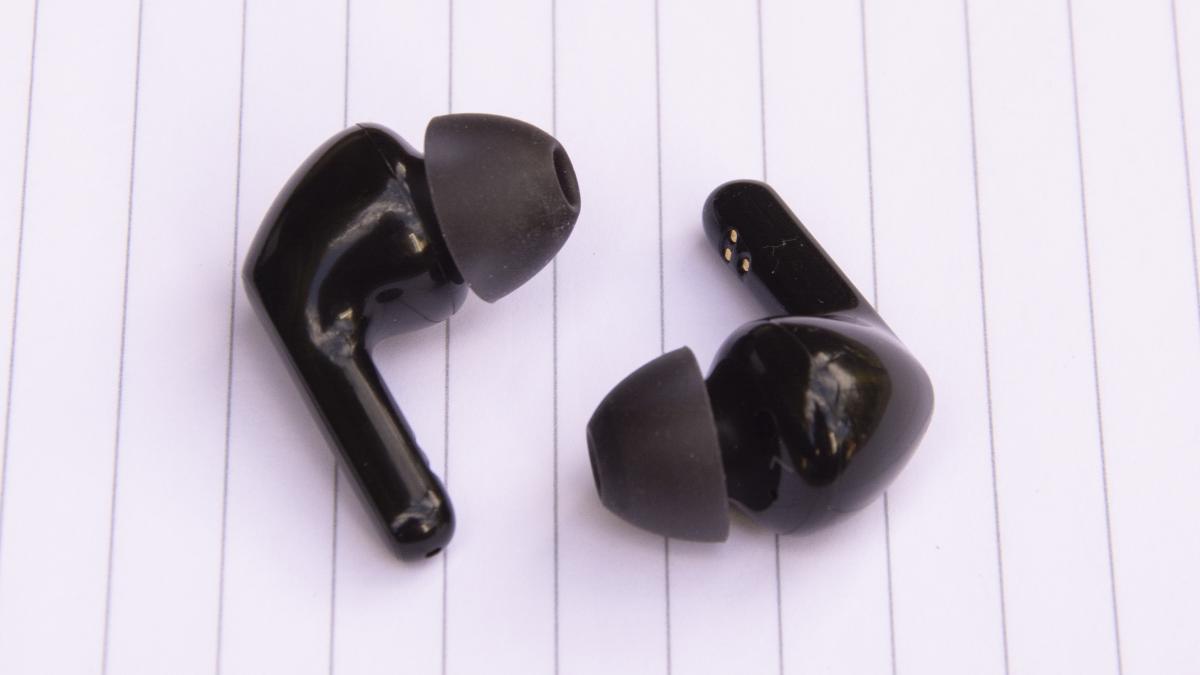 LG teamed up with audio manufacturer Meridian – known for engineering automotive audio systems for Jaguar and Range Rover – to create the EQ for the Tone Free FN6. So how does this pedigree translate to the 6mm dynamic drivers inside the Tone Free?

The default profile is less Jaguar, more Peugeot: dependable and capable of getting the job done but lacking dynamism or flair. Bass in particular leaves a fair bit to be desired – there’s just not enough low-end clout to truly do bass-heavy genres justice. Vocals fare better though, with decent clarity in higher registers.

Jumping into the LG Tone Free companion app my audio experience moved up a couple of gears, solely due to the Immersion EQ – one of four Meridian-created presets. The profile injects much-needed volume and energy and once I’d discovered it, I didn’t look back. It doesn’t elevate the Tone Free to the sonic levels of the RHA TrueConnect 2, Libratone Track Air+ or 1MORE True Wireless ANC but sounds a darn sight better than the default sound signature. 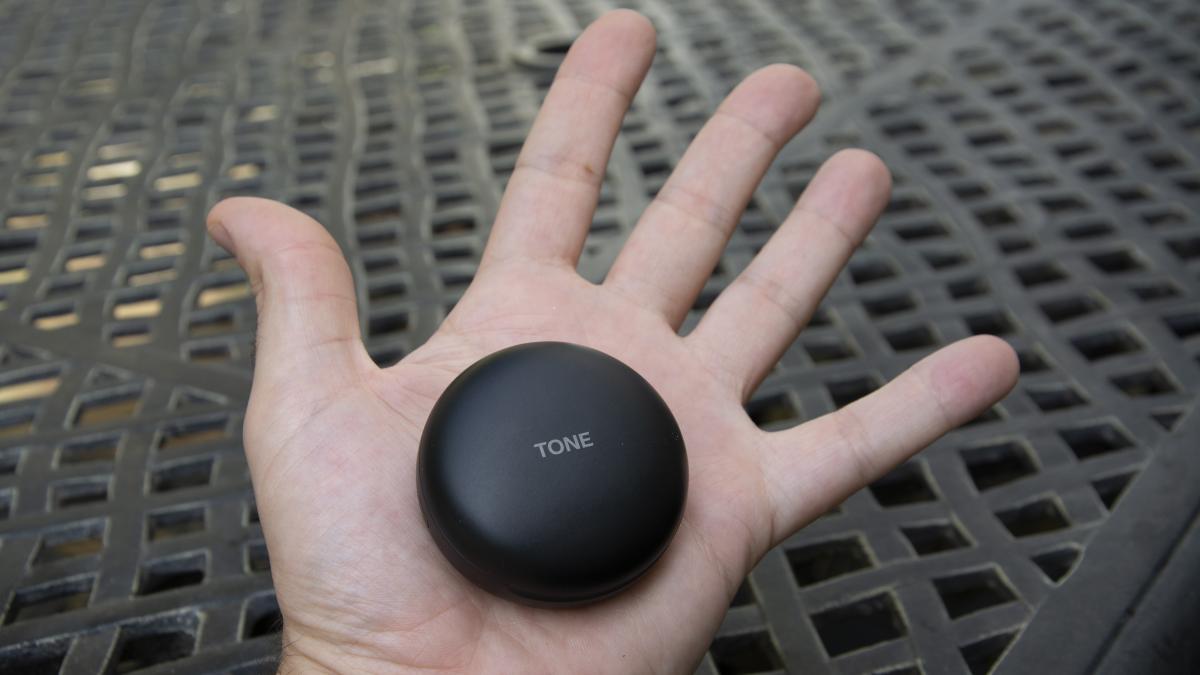 What sets the Tone Free apart from its rivals is its UVnano charging case. By using ultraviolet light, it’s able to destroy the molecular bonds of bacteria thus making them far more hygienic than your average buds.

The case needs to be connected via the USB-C cable for the cleaning function to activate, but once in operation, LG says it takes just ten minutes to kill 99.9% of bacteria on the speaker mesh of the buds. It’s impossible to assess the effectiveness of such a feature without testing equipment I don’t have access to, so we’ll have to take LG’s word for it!

LG isn’t the only company using UV technology in its earbud cases – Tronsmart’s Onyx Free offer similar sterilization – but it’s the most established and has TUV certification.

LG Tone Free (FN6): Any other features of note?

The LG Tone Free feature simple touch controls that worked consistently throughout testing. A single tap on either bud plays or pauses audio, a double-tap increases or decreases volume depending on which bud you hit and triple taps control track skipping.

The companion app is one of the better-implemented audio apps I’ve come across and allows you to create two of your own EQ profiles in addition to switching between the four Meridian presets. You can also remap the touch controls, lock the touchpads, check the battery life of your buds and locate them by activating a chirping sound if they’re within Bluetooth range.

Other features include an Ambient Sound mode, which I didn’t feel worked especially well, and auto-pause when the buds are removed from your ears, which is always useful. 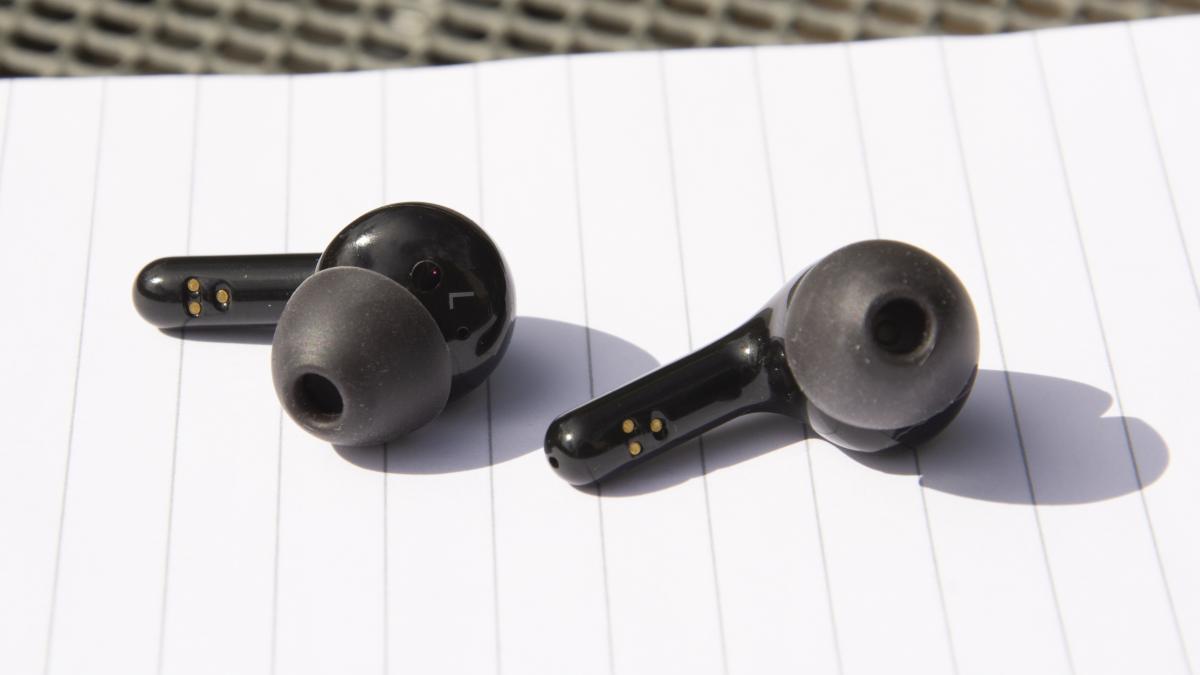 LG Tone Free (FN6): Should you buy them?

If you’re prone to ear infections or concerned about the spread of germs while using earbuds (which is perfectly understandable, particularly in the current climate) the Tone Free FN6 are certainly worth a look.

If, however, a bacteria-killing case doesn’t appeal, save yourself some money and pick up either the RHA TrueConnect 2, which sound phenomenal, or the Urbanista London, which throw active noise cancellation into the mix. And for those that want to avoid anything going in their ears at all, the AfterShokz Aeropex use bone conduction rather than needing to be lodged in your ear canals.

Don't miss a deal at Adobe
Best offers at Newegg
Discounts, Sales and Deals at Surfdome
Save your money with EBay DE
Online-Shopping with Sephora
Best products at Bodybuilding
Latest Posts