It feels like FM synthesis is having something of a renaissance recently. It makes sense with the sounds of the ‘80s and ‘90s being increasingly in vogue. Elektron has the Digitone and launched the beginner friendly Model:Cyles earlier this year. And, of course, there’s the Volca FM. Now Korg has something at least approaching a flagship level FM machine in the Opsix. The $800 synth isn’t your average FM unit, though. It’s perhaps the most hands-on implementation of FM I’ve ever seen.

Where as the iconic DX-7 buried its synth engine under mounds of menus and put only a handful of controls on the front, the Opsix has six sliders for each of its six namesake operators, plus six tuning knobs for each, and six multi function encoders on the right. While the Digitone and Model:Cycles also put a decent amount of control at your fingertips, they also offer a much more stripped down version of FM.

The Opsix, on the other hand, looks like a sound designers dream. There are six operators, with 21 waveforms, five different modes and they can be combined through 40 algorithms. Plus you can design custom user algorithms, as well. Then there’s a huge selection of effect for you to choose from, and you can combine up to three at a time. There’s three envelop generators, three LFOs and a 12 point virtual patch bay if you need to mix things up even more. And there’s a variable state filter with 11 different modes, including emulations of the MS-20 and Polysix. 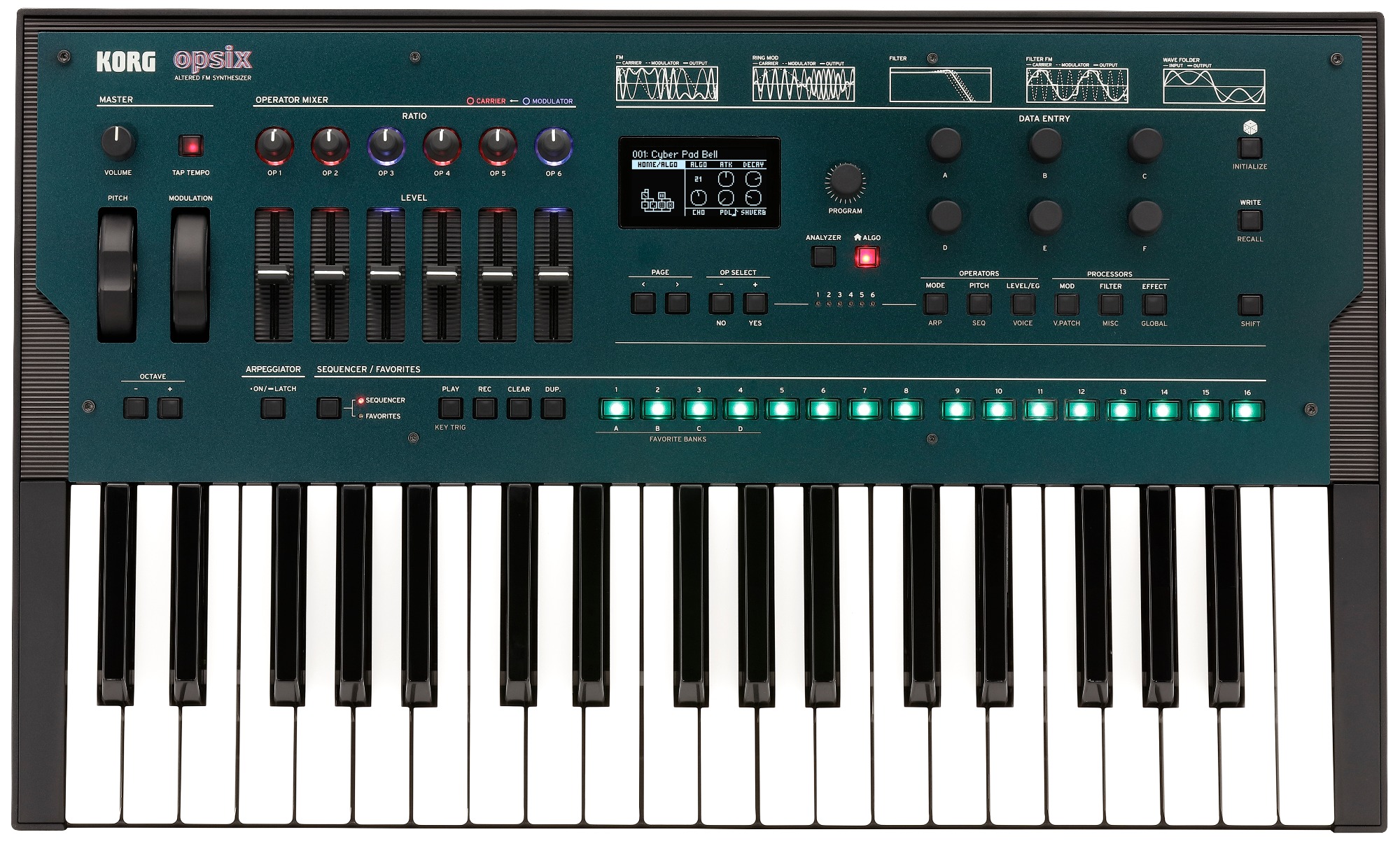 The Opsix is certainly capable of those iconic ‘80s FM bell, organ and piano sounds, as well as atonal metallic clanks. But it also seems like it’s capable of pushing the boundaries of FM into some pretty new and interesting territory.

So, this isn’t sacrificing depth for ease of use. Instead Korg is trying to put the full complexity of FM in a more user-friendly interface. There’s still some menu diving, but far less than I’ve seen on other FM instruments.

There’s also an arpeggiator and a 16-step sequencer with motion sequencing.

The one immediate complaint I expect many to have is that, it sticks with the three-octave minikey format used on the Wavestate and Minilogue XD, which might feel a little limiting with the 32 note polyphony available. There’s also no aftertouch on these keys, which might be a deal-breaker for some at this price point.

Overall though, it looks like Korg has a pretty compelling package on its hands. Of course, we’ll have to wait to test one out ourselves to say for sure.

Don't miss a deal at Groupon
Best offers at Myprotein
Discounts, Sales and Deals at Microsoft Store
Save your money with Turbo Tax
Online-Shopping with Sephora
Best products at Mobiles
Latest Posts