The Kami Indoor Camera is loaded with advanced features including 1080p video, smart motion and audio detection, motorized pan and tilt, motion tracking, and dual-band Wi-Fi for just under $100. As such, it’s a significant departure from the dreadful Kami Smart Security Starter Kit and the merely mediocre Kami Wire-free Camera Kit.

Not everything works flawlessly here either, but the Kami Indoor Camera is a fairly polished product and worth considering if you want to sample some of the best features DIY security cameras have to offer without paying a premium price.

The cylindrical camera enclosure measures about 3 x 3 x 5 inches and looks as if someone scooped out most of the front and grafted a dome on it. It’s attached to a base that mechanically pans 340 degrees. The dome portion, which contains the 1080p camera, tilts 95 degrees.

The camera has a 110-degree field of view and provides up to 30 feet of infrared night vision. A microphone on the front and a speaker on the back of the cylinder allow for two-way communication. 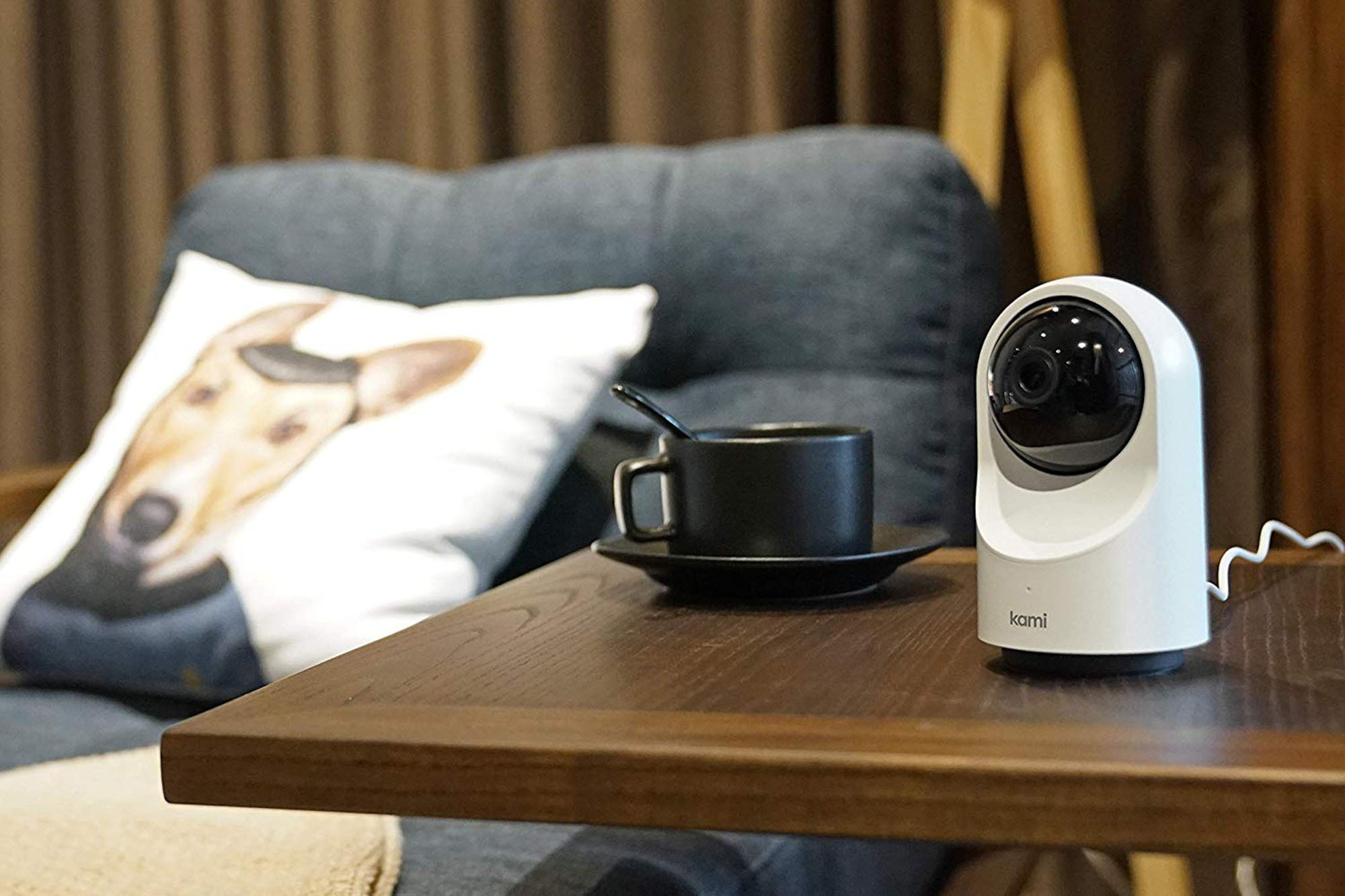 The Kami includes smart detection, meaning it can identify human movement and abnormal sounds, such as a baby crying, and automatically records video when sound or motion are detected. You get seven days of free rolling cloud storage for one year with purchase of the camera. After the year is up, the seven-day plan will cost you $5 per month or $50 per year. That’s probably plenty for most home users, but if you need more you can choose a 15-day plan for $7 per month or $70 per year, or a 30-day plan for $11 per month or $110 per year. For each of these plans, you can opt to enable motion-detected video only for up to five cameras, or continuous video recording for a single camera.

The camera is operated with the Kami Home app, which supports all Kami-brand cameras, base stations, and sensors. Once you tap the add button, the app’s setup wizard and the camera’s voice prompter work together to guide you through the installation. The particulars are similar to those for most smart devices—plug the camera in, choose your wireless network and login, scan a QR code, and name the camera. The app has you confirm that you’ve heard each voice prompt before moving on to the next step, making for a butter-smooth setup.

When you launch the Kami app, it opens to screen displaying all your connected Kami cameras, each identified by name with an image capture of its most recent view. Under this are buttons for accessing the camera settings, a timeline of recently recorded video clips, and Kami’s various cloud subscription offers. You can share the camera feed with family or friends by tapping an arrow icon in the upper right. 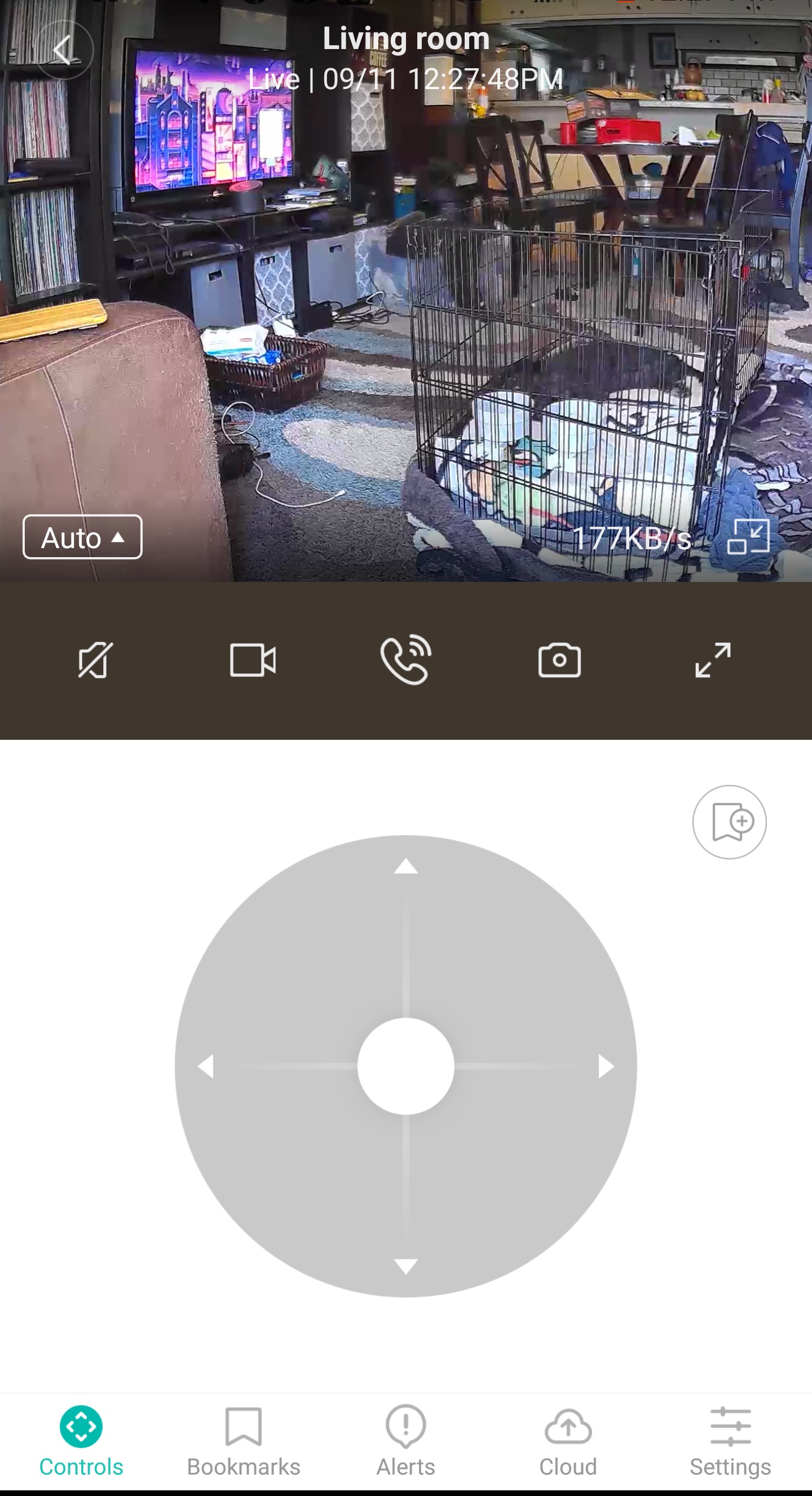 Tapping the camera’s still image opens its live feed. The Kami delivered beautiful 1080p video, sharp and richly colored in day mode and well-contrasted in black-and-white night-vision mode. Despite the wide viewing angle, I didn’t see any fisheye distortion during my testing.

You pan and tilt the camera using a joystick control under the live stream. The Kami’s movements are smooth and virtually silent. You can set waypoints by tapping a bookmark icon next to the joystick and automatically rotate to them by selecting from a list of bookmarked positions using a button at the bottom of the screen. Other camera controls here include an audio mute, push-to-talk button (curiously represented by a telephone icon rather than a microphone), and buttons for recording live video and capturing still images.

Overall, the AI motion and sound detection worked well. I used the camera to monitor my dog while he was on extended crate rest, and I received smart audio alerts whenever he barked or howled. Smart motion detection was spottier. I unfailingly got human detection alerts when a person was in frame, but I occasionally got them when one of my cats was the only motion in view. Other times, the same cats would trigger a general motion alert. Regardless of who triggered the Kami, though, its motion tracking worked flawlessly, locking onto the person or pet and following their movement to capture a complete video record.

The Kami offers a generous amount of feature customization in the app’s settings menu. You can schedule times for the camera to automatically power on and off; adjust sensitivity levels and alert frequency for smart detection; and enable auto-cruise, which pans the camera continuously all day or for a specified period. On/off toggles for the microphone, night vision, motion tracking, and other features are also located here. 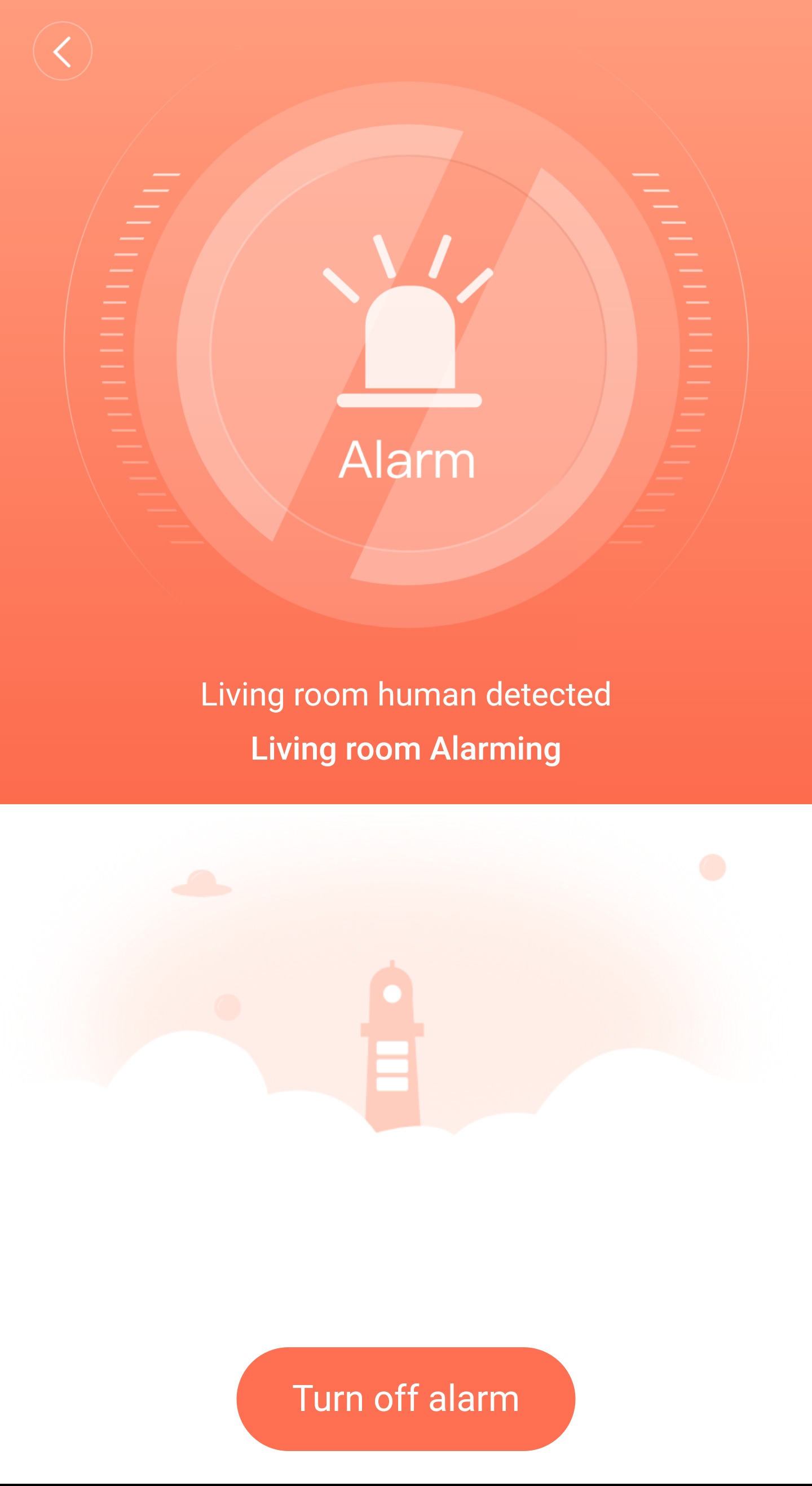 Surprisingly for such a feature-rich camera, the Kami doesn’t currently work with Amazon Alexa or Google Home. It doesn’t work with IFTTT, either, so smart-device interaction is limited to other Kami products.

Considering its advanced feature set and year’s worth of free seven-day cloud storage, the Kami is a relative bargain at $99. Human detection alerts are clearly a work in progress and the lack of third-party-device smart home integration is missed, but both of those can and likely will be rectified in future updates. In the meantime, there’s plenty here to make the Kami a compelling option for security camera shoppers.

The Kami Indoor Camera offers an affordable way to take advantage of many AI-enabled security features.

Don't miss a deal at Ancestry
Best offers at John Lewis
Discounts, Sales and Deals at Argos
Save your money with Groupon
Online-Shopping with TalkTalk Phone and Broadband
Best products at Udemy
Latest Posts