I haven’t been shy about my affinity for Jabra’s Elite 65t. They’re solid all-around true wireless earbuds and they cost significantly less than a lot of the competition. Do they sound as good as some of those $300 units from the likes of Sony and Sennheiser? No, but they’re reliable and the audio is good enough when you consider the $170 price tag. Over a year and a half after the Elite 65t debuted at CES, Jabra’s follow-up is ready: the Elite 75t.

The first key difference is the Elite 75t is 20 percent smaller than its predecessor. The Elite 65t wasn’t huge by any means, and it doesn’t stick that far out of your ear. Still, Jabra says the smaller size creates “optimal comfort and secure fit.” The other major change is 50 percent more battery life. The Elite 75t offers 7.5 hours on a single charge with the included case extending the time to 28 hours total. What’s more, Jabra is planning to announce a wireless charging case for these in the future. Thankfully, the company has also made the switch to USB-C when its time to reach for a cable. 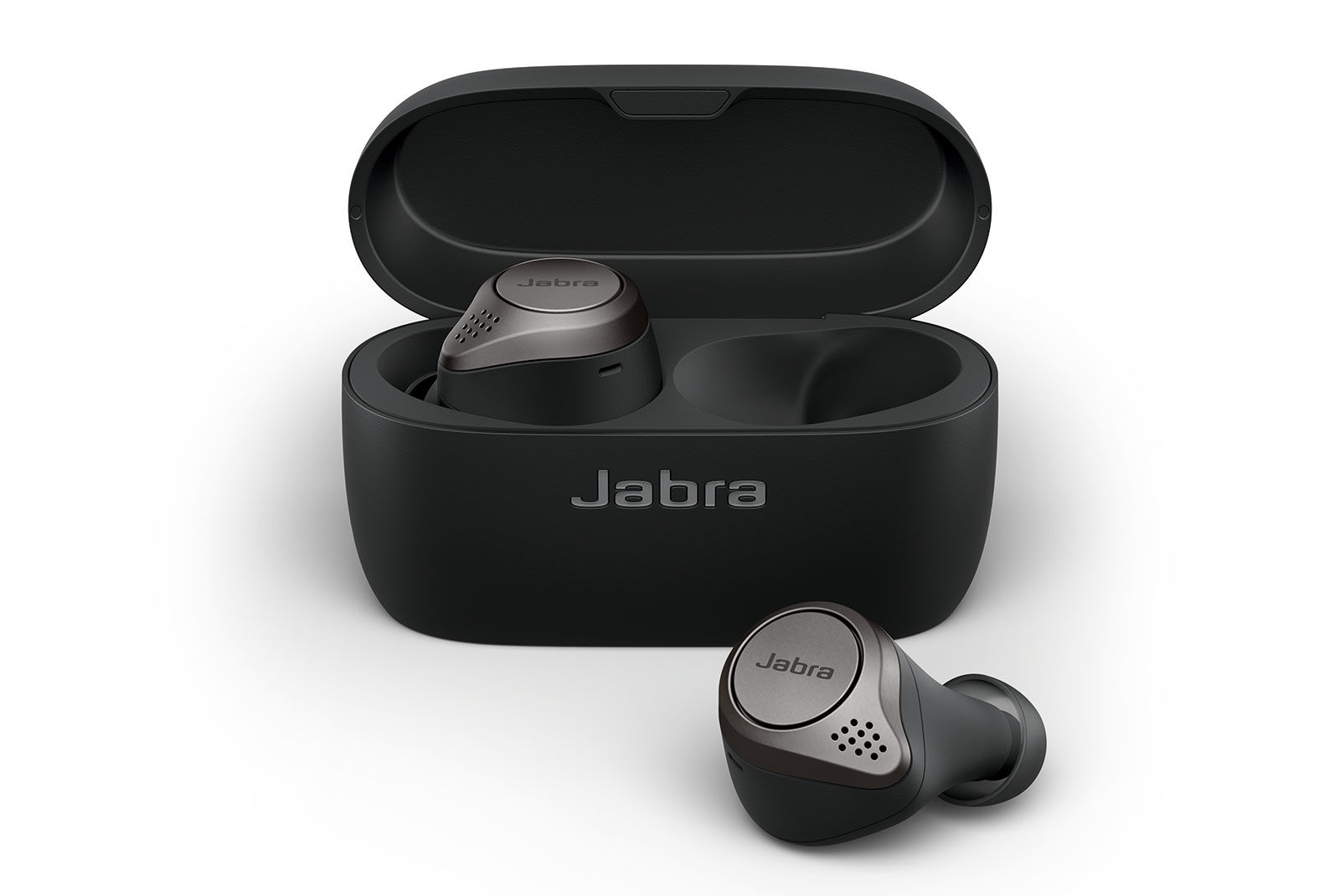 Jabra is putting its Bluetooth headset experience to work in its true wireless earbuds once again. In the Elite 75t, four microphones work with the company’s noise- and wind-reducing algorithms to help you sound better when you take calls in less-than-ideal places. Mileage can vary when it comes to speech performance on true wireless products, so it’s something we’ll be sure to test when review time comes.

Like much of the competition, the Elite 75t offers one-touch access to your choice of Alexa, Google Assistant or Siri. Jabra’s Sound+ app works with the new earbuds as well, allowing you to make changes like EQ tweaks from the software on iOS and Android. That app also lets you dial in the amount of outside noise you’d like to let in thanks to a feature called HearThrough. Lastly, the Elite 75t is IP55 rated for dust and water, so even though these aren’t specifically designed for sports or thee gym, some sweat probably won’t damage them.

Unfortunately, all of those updates led to a price increase. The Elite 75t will be $199 (€199) when it goes on sale in October.

Don't miss a deal at Vimeo
Best offers at TalkTalk Phone and Broadband
Discounts, Sales and Deals at Currys
Save your money with Sky
Online-Shopping with Brian Tracy
Best products at Myprotein
Latest Posts