A quality smart speaker, although it might be a bit bassy for some

Harman Kardon has a reputation for producing quality sound equipment, specifically speakers, soundbars and audio technology for cars. With the Citation One, which is part of its Citation family of home entertainment hardware, the Samsung subsidiary makes a move into the world of smart speakers utilising Google Assistant.

Having initially been announced at CES 2019, the Citation One was released in the first quarter of last year. The MKII revamp sees it updated to support Apple AirPlay, while new colour options – dusty pink and royal blue – have also been made available.

Harman Kardon Citation One review: What you need to know

The Citation One is a smart speaker that responds to voice instruction and, just like the Google Home range of speakers, it uses Google Assistant to answer your queries.

It’s the cheapest entry in Harman Kardon’s Citation Series, which includes three other tabletop speakers, a subwoofer, soundbar, surround speakers and tower speakers. It can be used on its own or in combination with other members of the Citation family to create a more substantial home speaker system.

The Citation One has both Wi-Fi and Bluetooth connectivity and, as with other Google Assistant speakers, supports Google’s Chromecast tech and Apple AirPlay. The Citation One’s main shortcoming is that it does not have a battery and needs to be powered from a mains socket. 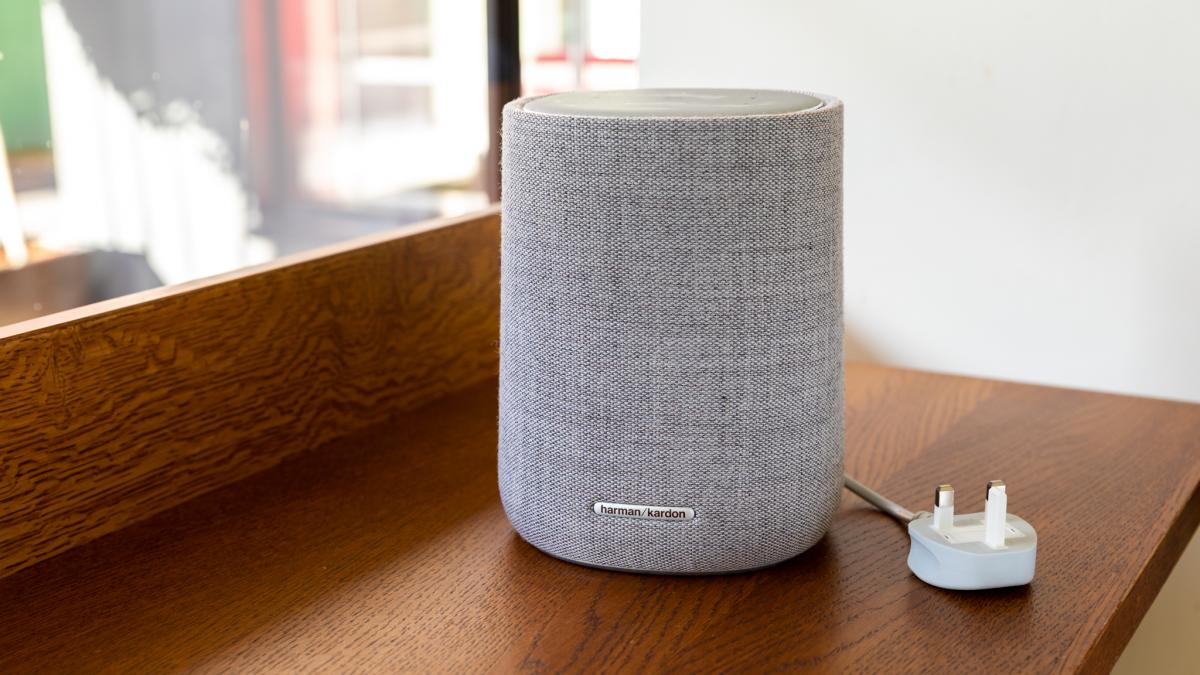 The Citation One (MK II) retails at £199, although the original version is available for £179 if you’re happy to get it in grey and aren’t fussed about AirPlay.

Tech giants Amazon and Apple both have smart speakers in a similar price range. Amazon’s Echo Studio is powered by Amazon Alexa and will set you back £190, while the Apple HomePod, which utilises Siri voice control, is a more expensive option at £279.

If you want Alexa and Google Assistant at your disposal, the Sonos One is compatible with both and its Gen 2 version, which has increased memory and an updated processor but no new features, can be picked up for £199.

If you’re looking for a budget speaker offering Google Assistant voice control, there’s Google’s very own Google Home which you can get for £89 but it can’t compete with the Citation One when it comes to sound quality.

Harman Kardon plays heavily on the Citation One’s “sophisticated” and “distinguished” design in its marketing and, to be fair, it does have a premium look and feel to it. This is largely down to the attractive, if a little fluffy, woollen fabric that wraps around the majority of the exterior.

Our review version came in grey but there are blue, pink and black variants available. Reflective silver detailing around the top of the speaker and a small Harman Kardon logo set into the woollen sheath add further touches of finesse.

Overall, the Citation One looks great wherever you choose to put it and isn’t an overbearing presence in your home or office. 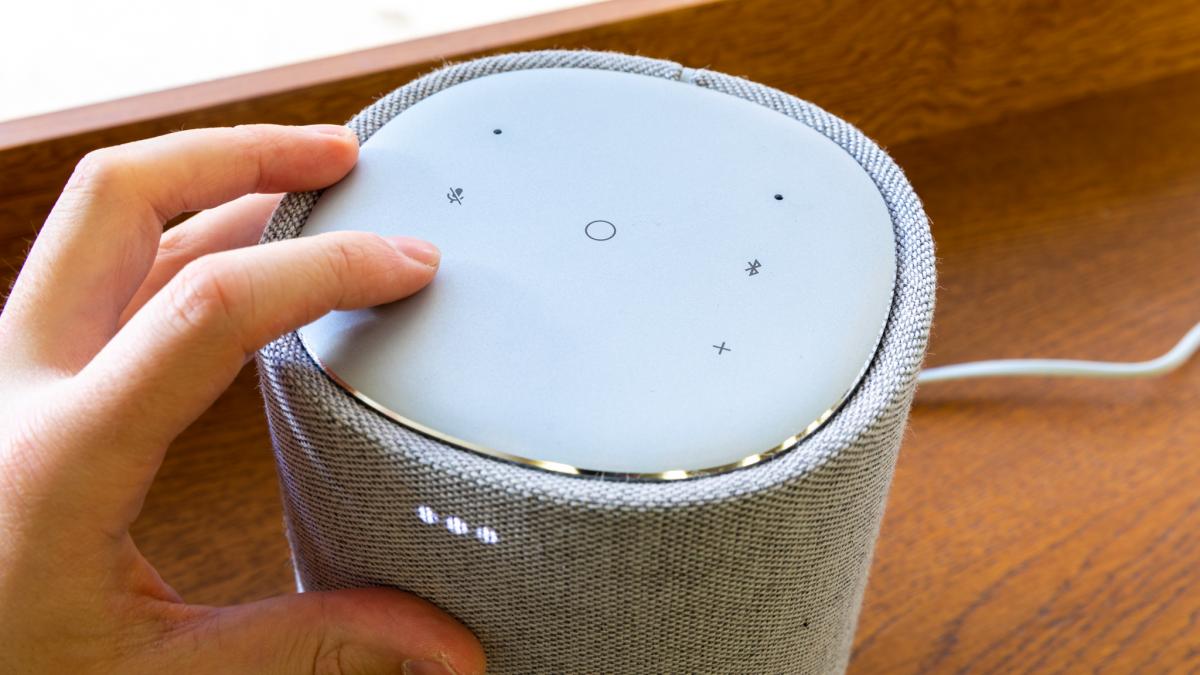 In terms of manual controls, the speaker has a clutch of touch-sensitive buttons on the top panel of the speaker. These can be used to change volume, mute the mic, turn Bluetooth on or off, play and pause audio and activate Google Assistant. It’s worth noting that a single press of either volume button won’t do the trick, you have to hold your finger down, which I found mildly annoying. Personally I’d have preferred physical buttons like that on the Echo Studio but given most control will be done vocally, it’s not a huge deal.

A small LED on the back of the speaker indicates Wi-Fi status, which will please those that position their speaker by the bed as it will prove less intrusive with the lights off. Four small LEDs are hidden under the fabric at the top/front of the speaker which activate when Google Assistant is engaged or the touch-sensitive buttons are pressed. The power connector is tucked away on the bottom of the speaker with a little gap for the wire to pass through so it sits flat on any surface.

Should you wish to position the Citation more creatively, there are wall mount and floor stand accessories available.

The Citation One’s smart features are powered by Google Assistant, so prepare to say “OK Google” or “Hey Google” a lot.

You’ll need the Google Home app to get set up but doing so is very simple, thanks to a step-by-step guide provided in the box; even first-timers won’t have any trouble. If you’re already familiar with Google Assistant then you’ll have it up and running, connected to your music service of choice and pumping out tunes in no time.

Its voice command options facilitate all the usual music controls – playing, pausing and skipping tracks and changing volume – allow you to control your smart home appliances, access information from your calendar and find information online.

I won’t labour this point too much but it’s generally held that Google Assistant is more intuitive and is better at answering general knowledge questions than Amazon’s Alexa, but Alexa has greater support amongst smart home hardware.

During testing, the speaker’s two far-field microphones picked up commands consistently at a variety of distances. Even at max volume, I didn’t have to raise my voice too much to be heard, and having Google Home’s “Lower volume when listening” option switched on meant the Assistant heard me clearly once I’d initiated my voice command. Compared with the Echo Studio, the Citation One handled voice commands at higher volumes a fair bit better; with the Echo Studio, I had to shout orders to be heard over the music.

Harman Kardon’s audio prowess is immediately evident with the Citation One – it’s a great-sounding speaker. Its 20mm tweeter and 89mm woofer are powered by a total of 40W of amplification and put out a serious amount of noise when you start to crank up the volume. The speaker has the ability to fill a room with sound so effectively that it often feels like you’re listening to something a lot beefier in size and power.

While listening to Chris Stapleton’s studio album From A Room: Volume 2 with the volume at 60%, the artist’s vocals were crisp and well defined and full of rich body. The presentation of mids in general is hard to fault and the same can be said for its accomplished highs.

The Citation One’s Achilles’ heel is its bass: there’s just a little too much of it for most people’s liking. When playing anything with a hint of bass it’ll be the first thing you notice. As a retired raver with a history of standing too close to speakers this didn’t bother me. In fact, I welcomed it when listening to bass-heavy genres such as Jungle and Drum and Bass.

However, for tracks that are lighter on the lows, the booming bass dominates a tad too much. It becomes even more evident at higher volumes, where the speaker noticeably vibrates, although the general clarity remains uncompromised. 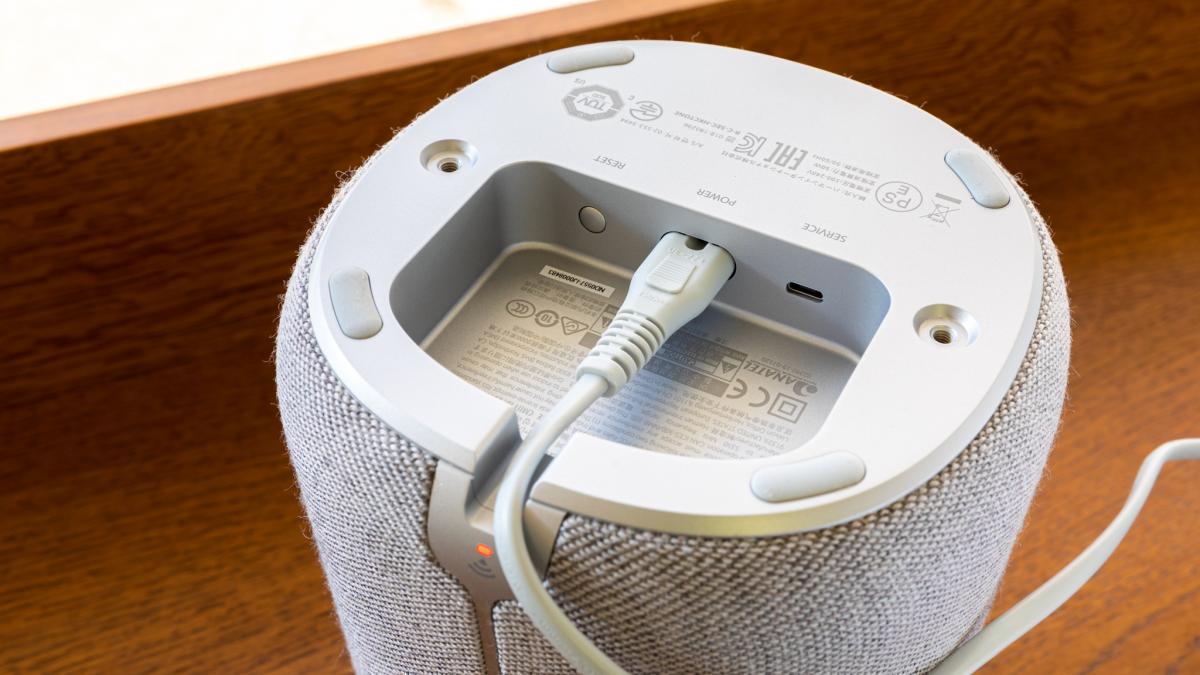 Sadly, there is no way to adjust the EQ levels of the Citation One in the Google Home app settings, so how it sounds out of the box is how it’s going to sound in your living room. It’s a real shame you can’t tinker with the Citation One’s sound settings as that would improve an already impressive listening experience. In contrast, the Echo Studio, which suffers from similarly overtuned bass, can be custom-tuned via the Alexa app. Indeed, more advanced smart speakers such as the Echo Studio and the Apple Homepod will tune themselves to their surroundings in order to avoid just this; alas, this is also something the Citation One does not do.

With the Citation One, Harman Kardon once again demonstrates its ability to produce a good-looking, great-sounding speaker. It’s unashamedly heavy on the bass but, that aside, it’s hard to criticise sonically.

The addition of smart speaker functions makes it a great option if you’re looking to smarten up your audio at home, particularly if Google Assistant is already embedded in your ecosystem. It performs extremely well as a standalone speaker but can also be used in conjunction with other members of the Citation family, which will be appealing to those craving multi-room control and a more complete home entertainment experience.

It’s not a speaker for those whose allegiances lie with Alexa or Siri but for anyone else seeking voice control and excellent audio quality, the Harman Kardon Citation One is a strong choice.

Previous ArticleAMD confirms ‘Nvidia killer’ graphics card will be out in 2020
Next ArticleXbox Series X ports exposed in new photo leak – but could the design change before launch?
Comments (0)

Don't miss a deal at Adobe
Best offers at Surfdome
Discounts, Sales and Deals at Nike DE
Save your money with Farfetch
Online-Shopping with H&R Block
Best products at Sky
Latest Posts