Google Home might have been listening to more than just wake words such as “Ok, Google”, after a recent software update went live earlier than planned.

Reddit user Brazedowl was frying some sausages when their smoke detector activated. Shortly after, Google sent a notification to his phone which showed that the smart device had picked up the audio cue of a smoke detector beeping. “Google just made my dumb smoke detectors smart,” he wrote on Reddit. “Pretty rad.”

Other Reddit users have also received alerts after breaking glassware, as well as being falsely notified after triggering alarms with sounds from popping bubble wrap or the speakers incorrectly identifying high-frequency noises as a smoke alarm.

So how is this possible? Well, the new functionality points to part of a wider update that aligns with Google’s purchase of home security provider ADT.

ADT will integrate Google’s technology into its own home security offerings moving forward, and Google Nest VP and GM Rishi Chandra has said “The goal is to give customers fewer false alarms, more ways to receive alarm events, and better detection of potential incidents inside and around the home,” in a blog post. 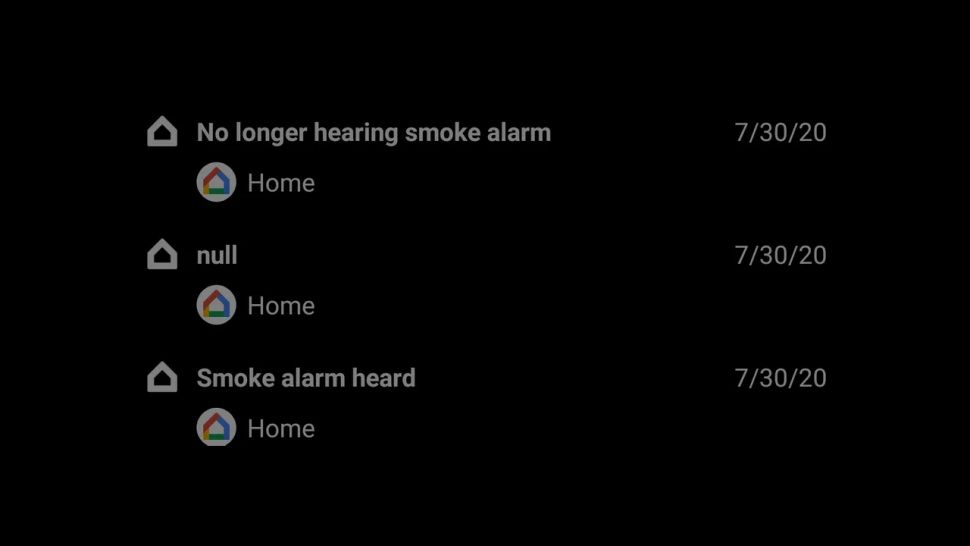 The problem is, then, that this update wasn’t supposed to be live yet and may have been picking up more information than some users felt comfortable sharing. Speaking to Protocol, a Google spokesperson admitted that the new software update was accidentally enabled for some devices, but has since been rolled back.

Although new functionality is always welcome, the new update raises the obvious concern that Google Home and Google Nest devices will be listening to more prompts than ever. Devices being updated without users’ knowledge or prior consent is also a worry for those who value their privacy.

As Google notes on its support page, though, its smart speaker can sometimes “incorrectly” detect that you want its help. “If that happens, just say “Hey Google, that wasn’t for you,” and the Assistant will delete the last thing it sent to Google.”

That’s all well and good if you know what your smart speaker is looking out for, then, but it’s another story if it’s listening and processing information that you weren’t aware of.

Don't miss a deal at O2 Mobile
Best offers at Nike DE
Discounts, Sales and Deals at The Home Depot
Save your money with Carphone Warehouse
Online-Shopping with Sephora
Best products at TalkTalk Phone and Broadband
Latest Posts