Garmin has unveiled its first-ever smartwatch with an AMOLED display, the Venu (pronounced “venue”). At first glance, it doesn’t look so different from the Vivoactive 4, which was also launched at IFA 2019, but take a closer look and it’s obvious the watch has a brighter, more colourful display than any of its stablemates.

Like all of Garmin’s wearables, it offers an impressive range of sports and fitness tracking features too, including built-in GPS, continuous heart-rate monitoring and advanced sleep-tracking. That only scratches the surface. For everything you need to know about Garmin’s latest wearable, read on. 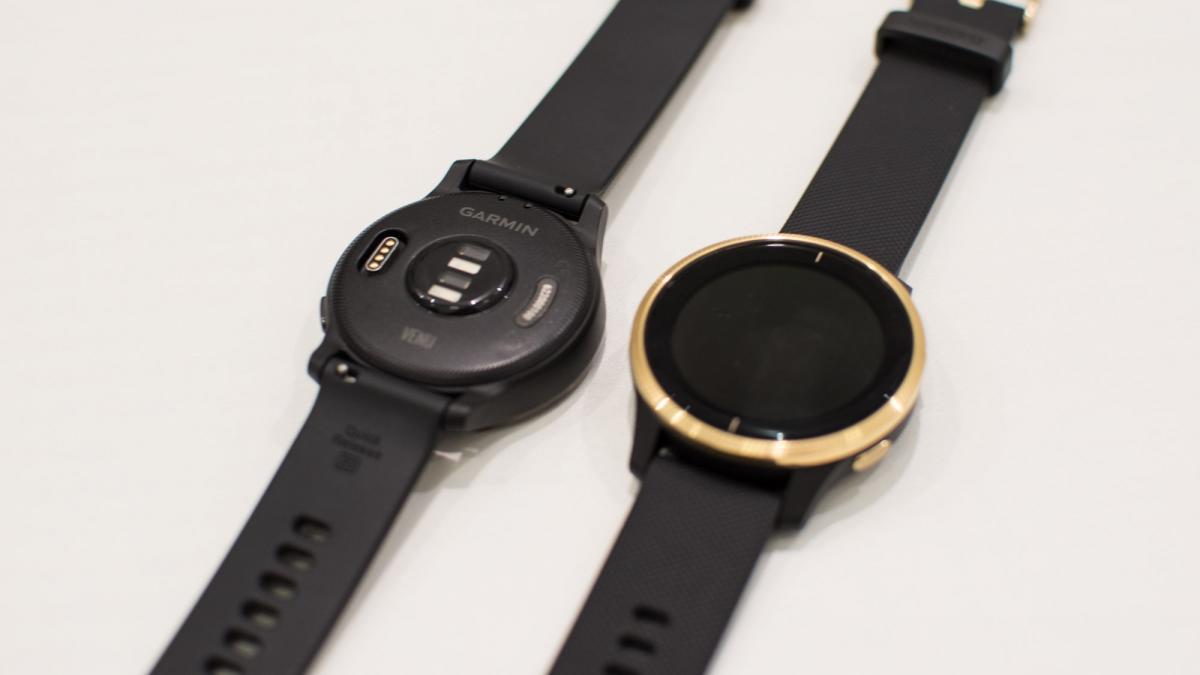 We’re big fans of the Garmin Vivoactive 3, which was first launched in 2017, but if one criticism could be levelled at it, it’s that it didn’t have the most attractive design or display. There’s a good reason for the latter, which is that Garmin prioritised battery life over aesthetic appeal – the Vivoactive 3 lasts up to seven days between charges compared to the one or two days of many of its smartwatch rivals.

With the Venu, though, Garmin has made a smartwatch that aims to tick both boxes. It not only boasts a punchy 390 x 390 AMOLED display but can also last up to five days between charges. Now, personally, I’d happily forgo the extra pixels and improved contrast levels for a couple more days between charges (if you’re like me, you’ll probably be more interested in the new Vivoactive 4 series) but for many prospective smartwatch customers the Venu will be the first Garmin device that can truly compete with the likes of the Apple Watch 4. It’s not big and bulky like Garmin watches of old and it has an attractive design I’d be as comfortable wearing at the office as the gym.

And the good news is Garmin hasn’t dumbed down the user experience, either. On the contrary, the Venu offers all the sports tracking modes of the Vivoactive range and more. Along with built-in GPS, heart-rate tracking and endless sports modes, it has advanced sleep tracking with blood-oxygen monitoring and also boasts Garmin’s Body Battery feature, which uses stress, sleep and activity data to determine on a scale of 1-100 how much energy resources you have at any time. That might sound a little gimmicky, but in my experience, it’s a handy way of quickly interpreting the swathes of data you’re faced with when using a fitness tracker. 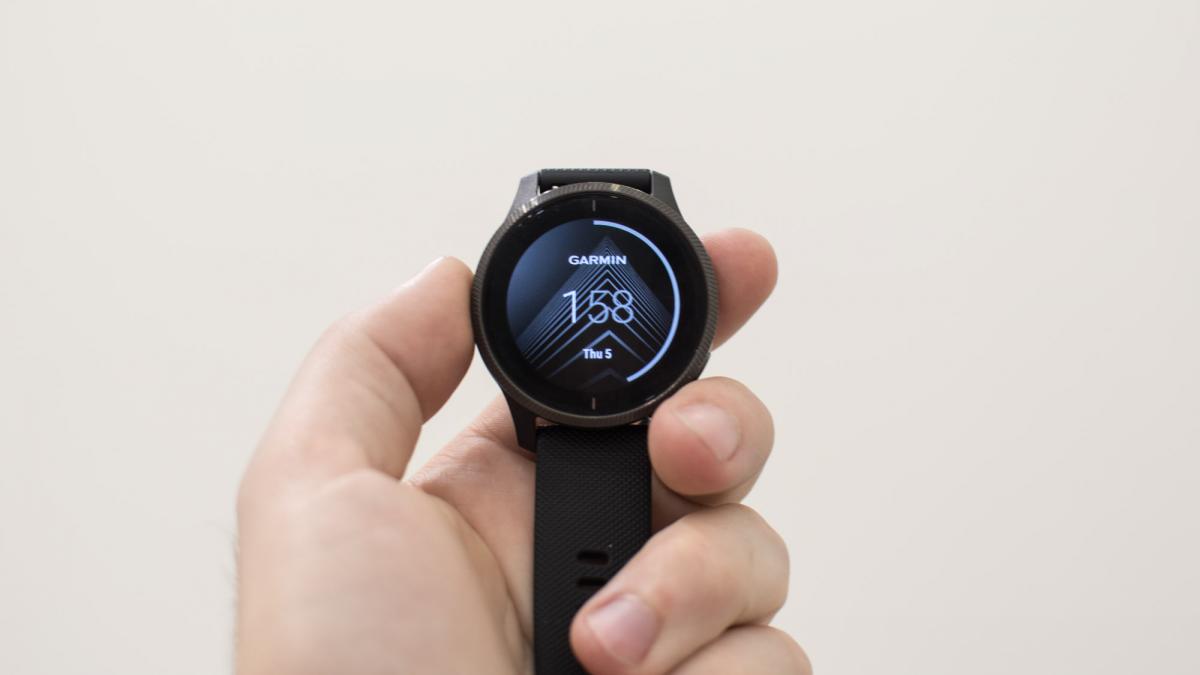 Unlike some of Garmin’s more serious sports watches such as the Forerunner and Fenix Series, the Venu is also aimed at making exercise slightly more accessible, offering on-screen animations to guide you through workouts including strength training, cardio, yoga and Pilates. It’s a nice idea, and something I’m keen to test out when we have more time with the Venu. It’s worth pointing out, however, that this isn’t exclusive to this watch, but also comes on the Vivoactive 4 series.

So how about that battery life? Though the Venu lasts up to 5 days, Garmin’s international product leader Phil McClendon told me that’s what you can expect when using the Venu in smartwatch mode in the way it’s configured out of the box. Should you choose to turn the display to always-on then that figure drops to just two days and if you use GPS and music playback heavily, then you can expect that number to fall further still.

That’s hardly surprising and, in fact, is very much in line with what I’d expect from a smartwatch with an AMOLED display. The only other worry is whether having such a power-hungry display might also have a knock-on effect on performance. I did notice the occasional lag when navigating its menus, so fingers crossed Garmin hasn’t had to dial back performance too far to eke out more battery life.

Above all, I feel the Venu’s success might hinge on its pricing. The watch is listed as being available from Q4 2019 and costs $380, so I’d expect it to be around £350 in the UK. That feels about right, considering the Vivoactive 3 launched at £280 and an Apple Watch 4 will set you back close to £400.

Though it’s still a considerable amount to stump up, there’s always a premium to be paid for being an early adopter. For those who are happy to hold out longer, there’s a good chance the Venu will come down in price within a few months, at which point you’ll get more bang for your buck.

Don't miss a deal at Intuit Small Business
Best offers at Virgin Media
Discounts, Sales and Deals at Adobe
Save your money with TalkTalk Phone and Broadband
Online-Shopping with EE Mobile
Best products at Marks and Spencer
Latest Posts