Eufy Security—Anker’s sub-brand spanning just about everything from video doorbells and security cameras to baby monitors—has now moved into the world of smart locks, hitting the market with a svelte piece of hardware that’s loaded with features. And most of them work well.

The Bluetooth-only lock offers a quite appealing design, decked out entirely in black. Adopting the now-standard upright rectangle design, Eufy keeps the chassis thin both inside and outside your door, where the escutcheons jut out from the surface only about 1.5 inches and 1 inch respectively.

Installation is outlined in a detailed, printed manual, and the numbered boxes inside the kit help novices keep track of what’s what. The whole affair goes together simply and traditionally: You bolt the exterior escutcheon to an interior mounting plate, and then connect that to the interior escutcheon. Four AA batteries power the unit, and Eufy says they should last a full year. 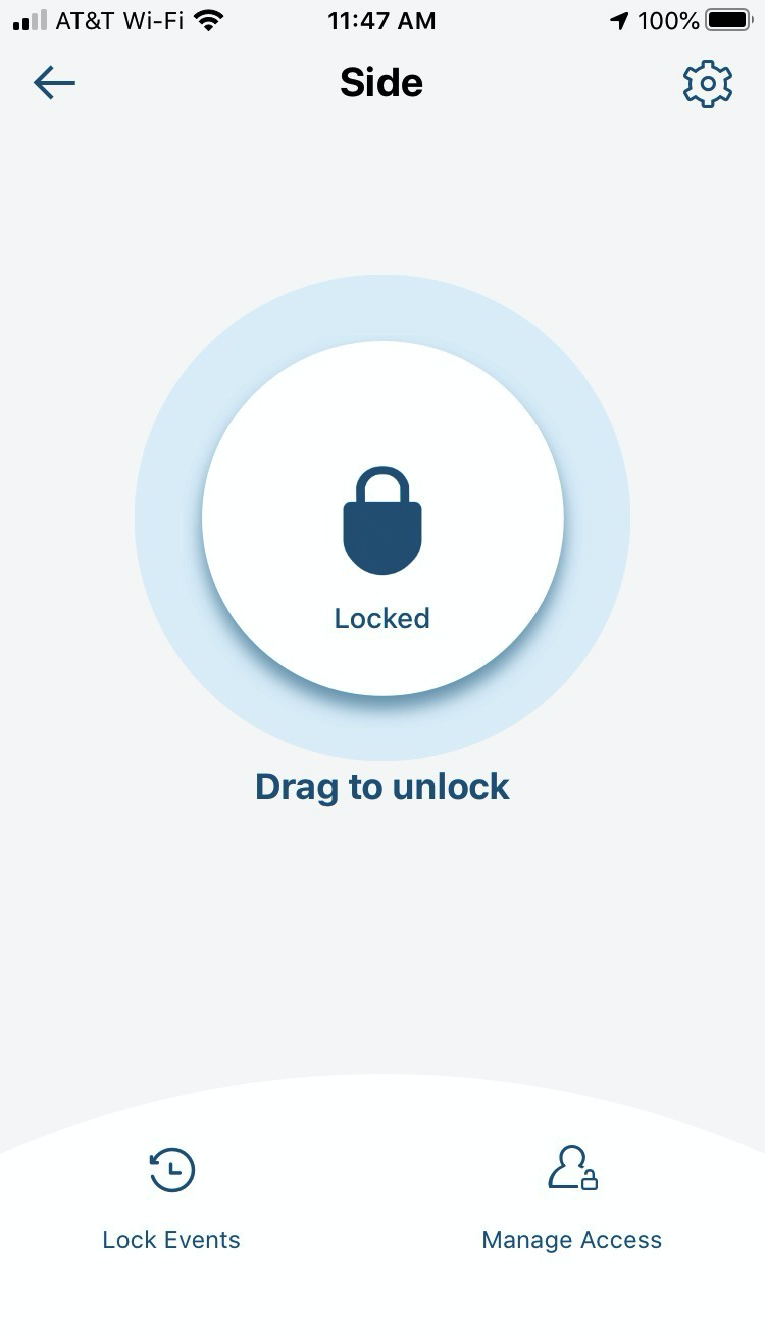 You’ll need the Eufy Security app—not the EufyLife or EufyHome apps, which are reserved for other Eufy smart home gear—to configure the lock. Unfortunately, the app wasn’t working when I first attempted to install the lock; it wouldn’t even let me set up a username and password. After some troubleshooting, the company said it was a temporary server problem on its end.

The next day, the app choked again during setup, a bit further along. Once again, the company blamed a server error. Since I was testing the lock a few days before its official launch, it’s tempting to chalk this up to beta pains, but since the app (and Eufy’s servers) have been around since at least 2018, the multiple-day hiccup feels alarming.

After the server issues were resolved, I had no other real problems with setup except for a buggy calibration process that wouldn’t turn the deadbolt at all. Carefully loosening some of the bolts—a common fix—got things moving, though Eufy’s motor sounds like it struggles more than most when operating the lock.

Again, the lock is Bluetooth only, so it doesn’t really integrate with other smart home gear (outside of anything you might already be using within the Eufy Security app), including voice assistants. Apple HomeKit support is also not in the cards. In addition to using the app to operate the lock, you also get three additional methods of gaining access: numeric keypad, physical key, and fingerprint reader. 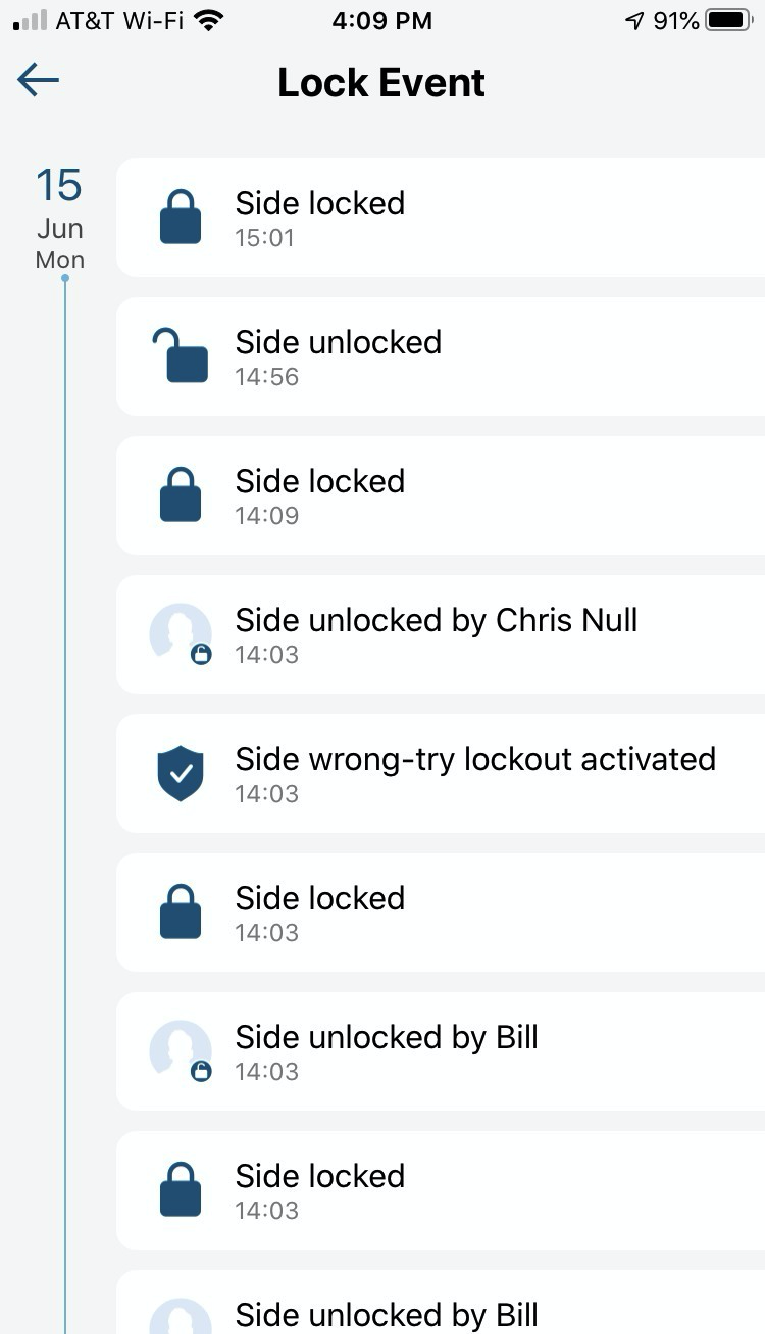 Eufy’s app is fairly straightforward, making it easy to operate the lock on demand, set up access for additional users, and see a history of who’s come and gone. The settings menu offers a significant depth of extra options, including a lock-out system that limits the lock’s usability when wrong PINs or unregistered fingerprints are scanned and a scrambling system that allows users to input dummy digits before or after their PIN as an extra security measure (reducing the likelihood of a criminal deducing the real PIN by scrutinizing which numbers have fingerprints on them).

All these features worked well in my testing, with one exception: The fingerprint reader is decidedly erratic. While it’s easy to register prints, it felt almost random as to whether the lock would actually read my print when I attempted to scan it and unlock the door. Very careful placement of my thumb or finger improved my success rate, but some of the time the lock would just refuse to identify my print no matter what I did.

I never found much of a pattern in any of this. One moment the print wouldn’t scan, the next it would work fine, although it definitely worked best with thumbs vs. smaller fingers. If you use the automatic lock-out feature, this can create a real problem. And curiously, while the system supports up to 100 users, it can store only 50 fingerprints.

Another handy feature is the inclusion of a microUSB port on the bottom of the exterior escutcheon. This can be used to temporarily power the lock from any other USB-connected device, in lieu of the more typical 9-volt terminal, if its internal AA batteries die. Arguably, it’s easier today to scare up a microUSB cable than it is a 9-volt battery; then again, you can always keep a physical key as your emergency access method, too. Eufy’s key mechanism is a high-security type that is much more difficult to pick or copy.

At $249, The Eufy Smart Lock Touch is competitive in price with other fingerprint-reading locks, but the secret sauce of any lock is its ability to work perfectly every time—or at least close to it. As it stands, Eufy’s lock is good enough to pass muster, but it needs to work a bit better before earning a strong recommendation.

Eufy’s fingerprint-reading smart lock needs refinement to become one of our top picks.

Don't miss a deal at Surfdome
Best offers at O2 Mobile
Discounts, Sales and Deals at Sky
Save your money with Bodybuilding
Online-Shopping with Carphone Warehouse
Best products at Boohoo
Latest Posts