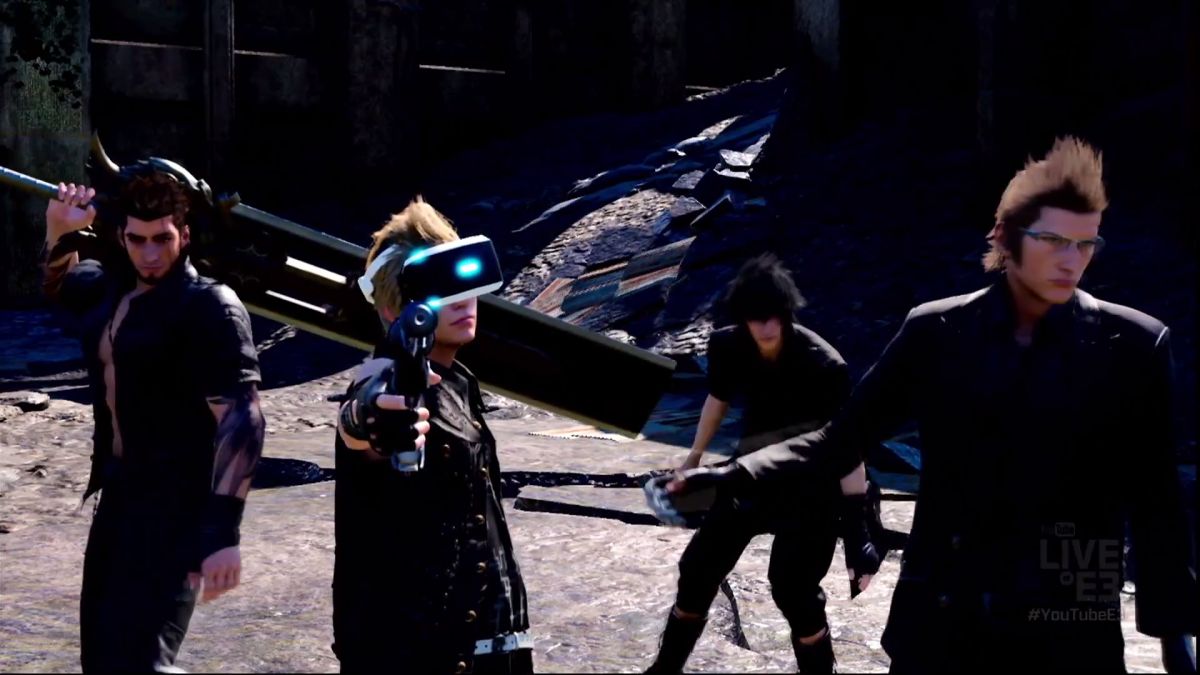 Sony closed out the first day of E3 2016 with a stellar list of exclusive titles for both PlayStation VR and the PS4. Every exclusive property that Sony produces continues to be bold and fresh, with fan favorites reappearing on this year’s E3 stage to roaring applause.

It’s been a long time coming but we’re starting to see Sony’s full lineup from satellite studios, like Sony Bend and Studio Santa Monica, come together in an impressive way and the patience is starting payoff for fans that remained patient. 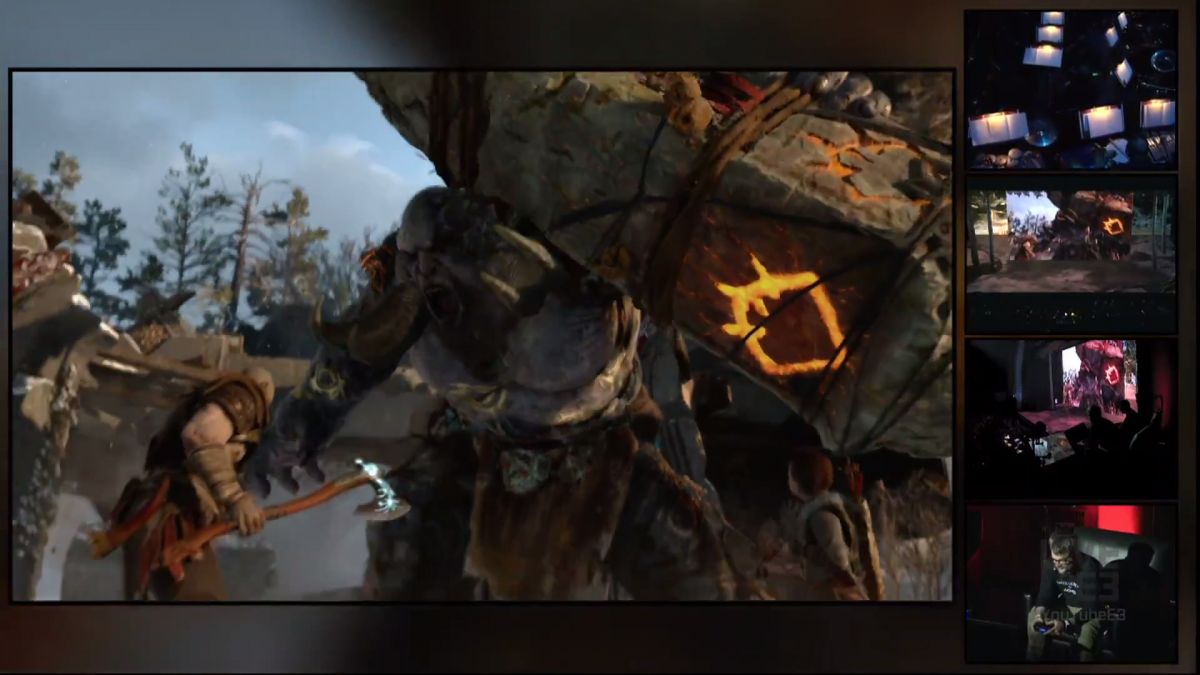 Kratos is back and seemingly worn out from the events of God of War 3 in what appears to be a reboot of the series. He’s now looking for someone to take his place, and that’s his son – who still hasn’t lost his innocence to the gods.

Judging from the footage shown, the reboot will focus on the connection between father and son as Kratos shapes him into a warrior. It’s this dynamic that has us intrigued where the story goes.

Well, there’s that and a viking-like Kratos swinging a battle axe around, which is tough not to get insanely hype over. 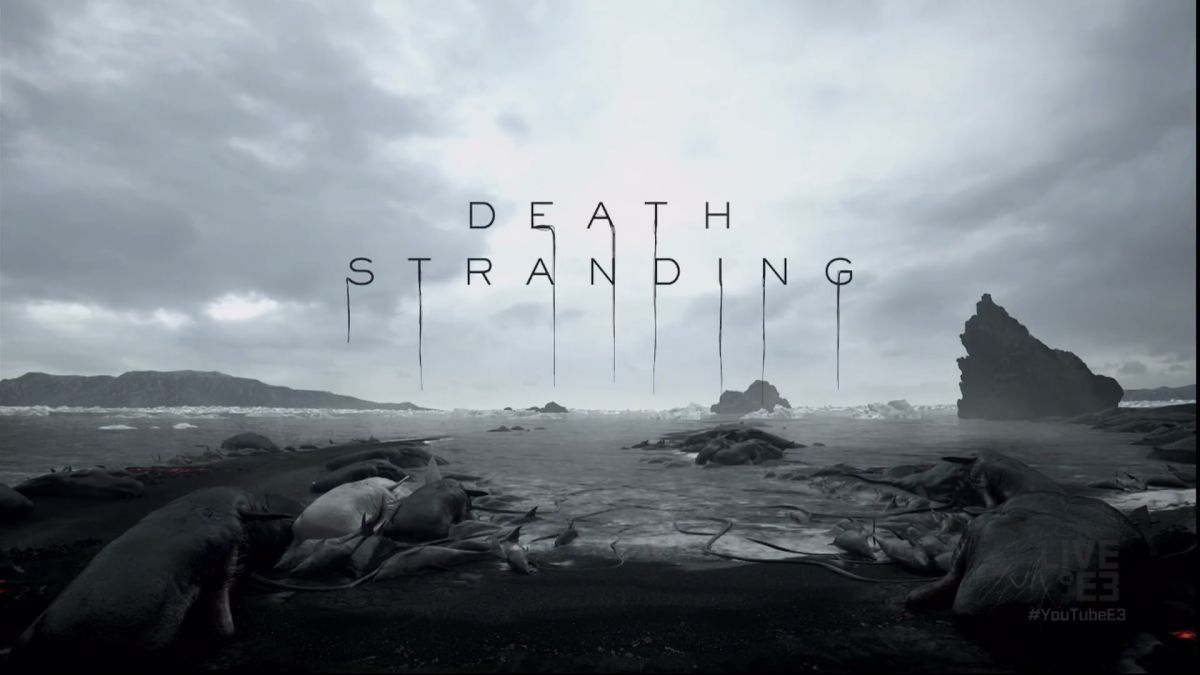 Hideo Kojima made his grand re-entry into the gaming world at Sony’s press conference when he introduced his new game, Dead Stranding. Kojima Productions has said that its first game will be PS4 exclusive and developed in collaboration with Sony.

What’s it about is hard to say. The trailer opens with the quote, “To see a world in a grain of sand / and heaven in a wildflower. / Hold infinity in the palm of your hand / and eternity in an hour.”

Then we see a naked, digital Norman Reedus (of The Walking Dead and The Boondock Saints fame), holding a crying baby connected to his torso and beginning to cry himself. However, when Reedus looks away, the baby quickly disappears leaving only black oil on his hands.

This will be Reedus’s first chance to work with Kojima after his Silent Hills project was unceremoniously canceled by Konami in 2014. Guillermo del Toro, who was the producer on Silent Hills, is currently not involved in this new project. 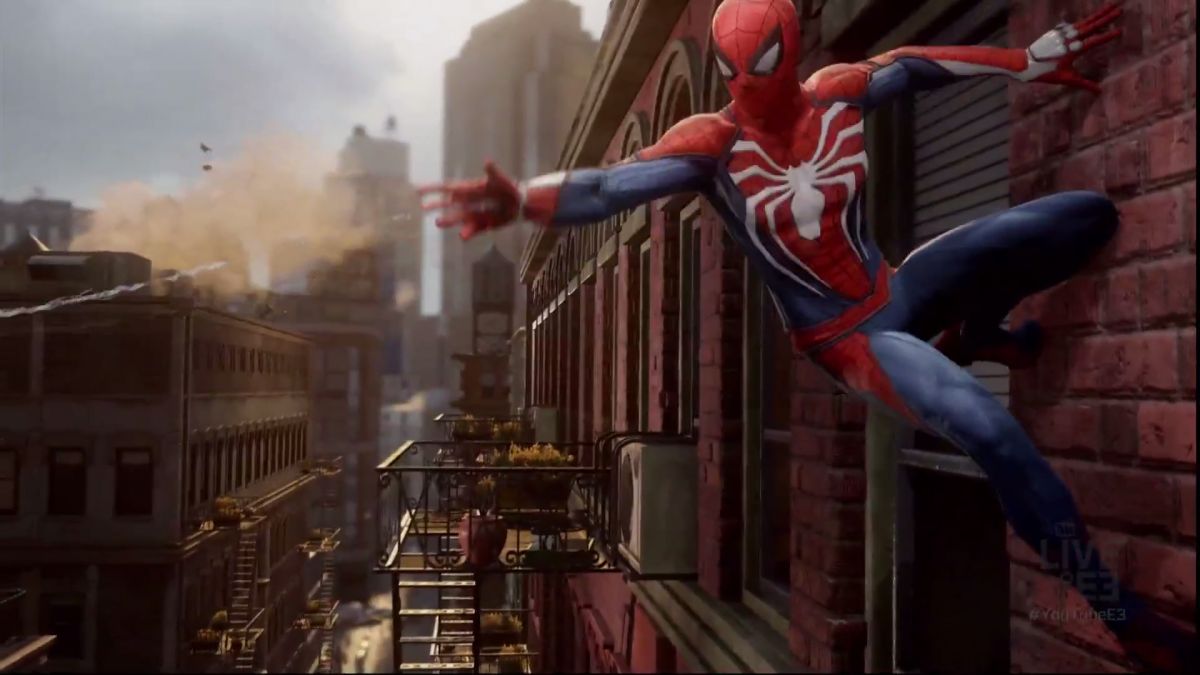 Sucker Punch Productions, the team behind the Infamous games, knows how to create open-world superhero games. There are few studios that can do the subgenre better.

However, it turns out that the brand new Spider-Man game will be developed by Insomniac Games, creators of hit franchises, like Ratchet and Clank franchise and Sunset Overdrive. It’s an awfully welcome addition to the PS4 lineup, but an odd source considering Sucker Punch’s pedigree here.

Regardless, Spider-Man is one of the greatest comic characters, and Insomanic Games is clearly addressing the character’s verticality and agility. Will it be an open-world title similar to Spider Man 2 on the PS2? Time will tell, but it’s a great get for Sony. 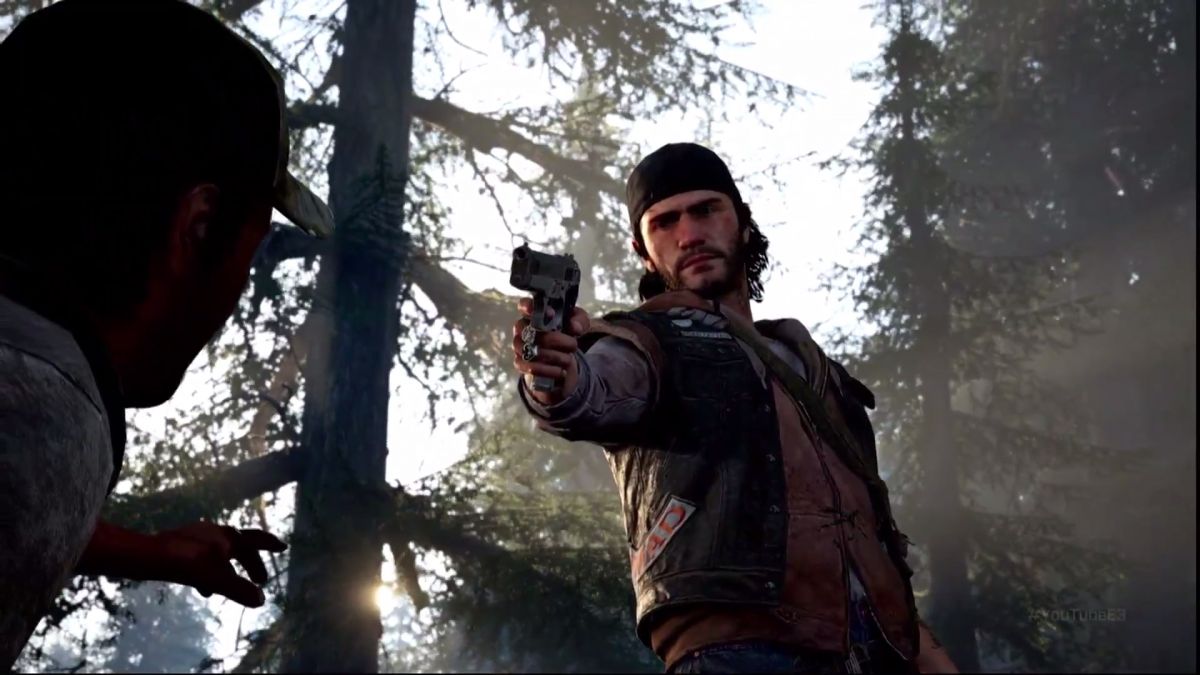 Days Gone takes plays after an outbreak of a rage virus has wiped out humanity, causing the world to turn into ravaging zombies once again. The title definitely has the Last of Us vibes throughout, but it doesn’t look like it’s focusing on telling a linear story.

The demo showcased hordes of zombies infesting a small factory wherein the main protagonist was located. Hundreds of zombies chased down the protagonist in dramatic fashion until the demo ended.

From every angle, this looks like Sony’s response to the Microsoft-exclusive State of Decay 2. It will be interesting to see whether Days Gone features a resource mechanic that make the player hunt for supplies, or how far toward the Day Z end of the survival horror spectrum it will go. 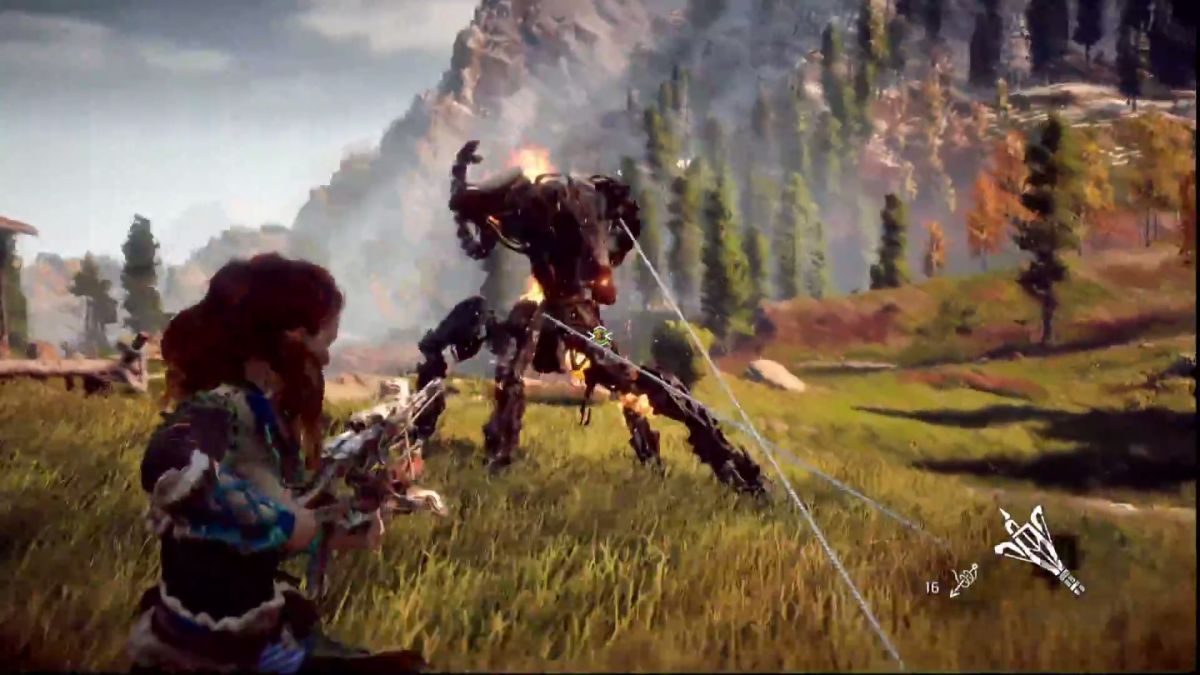 The latest from Killzone developer Guerrilla Games continues to be a strong showcase for Sony’s first-party lineup. The hunting mechanic – chasing down dino mechs and giraffes (?) – gives the game a new sense of scale not seen in its games before.

The story focus in Horizon is on a young woman’s journey on a post-apocalyptic Earth to investigate what is corrupting the planets various species of mechanoid animals.

This marks Guerrilla Games’ first new property in over a decade, and it looks far more colorful and varied than the studio’s Killzone series. (And we’re so far away.) 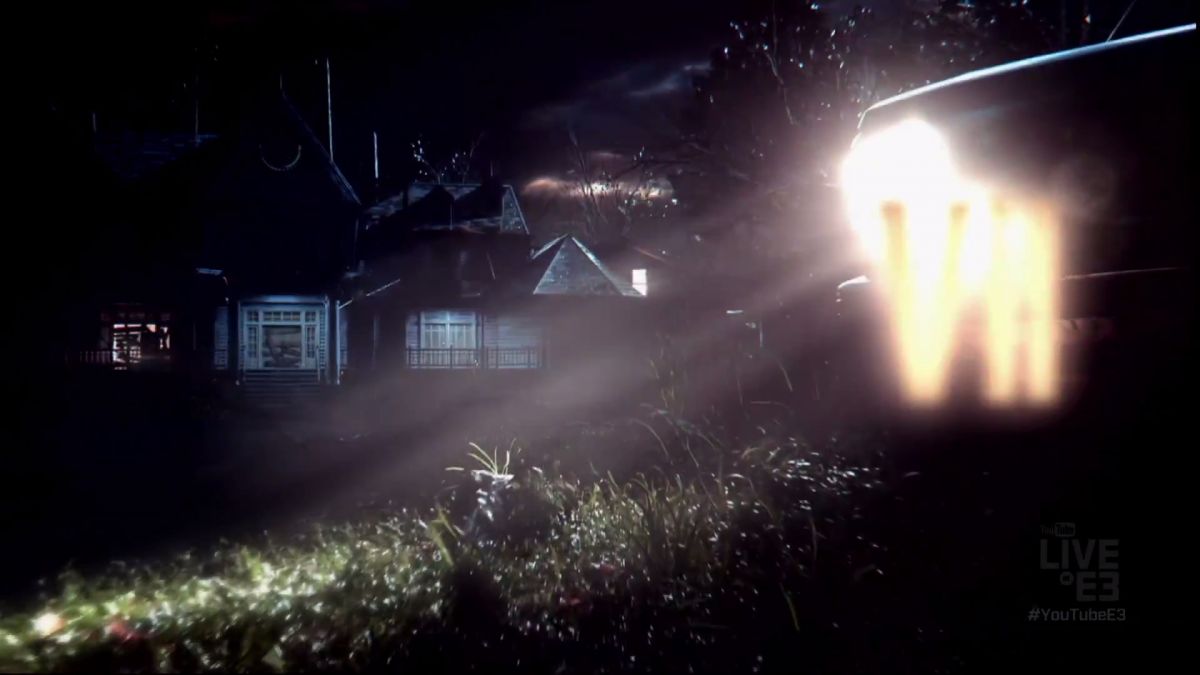 The Resident Evil franchise endured a setback with Resident Evil 6, which introduced more characters and action than it could possible handle all at once.

RE7 looks like a proper response to the critical feedback and seemingly a trip back to the roots of the series: scaring the pants off you. Not to mention an obvious nod to last year’s ill-fated P.T. demo game.

At least part of the game looks set in a haunted house, similar to P.T., that focuses on horrifying the player through jump scares rather than through facing horde a zombies. But again, this is but the first trailer. Finally, while this is a multiplatform game, being completely playable in VR on PS4 is going to set Sony’s version far apart. 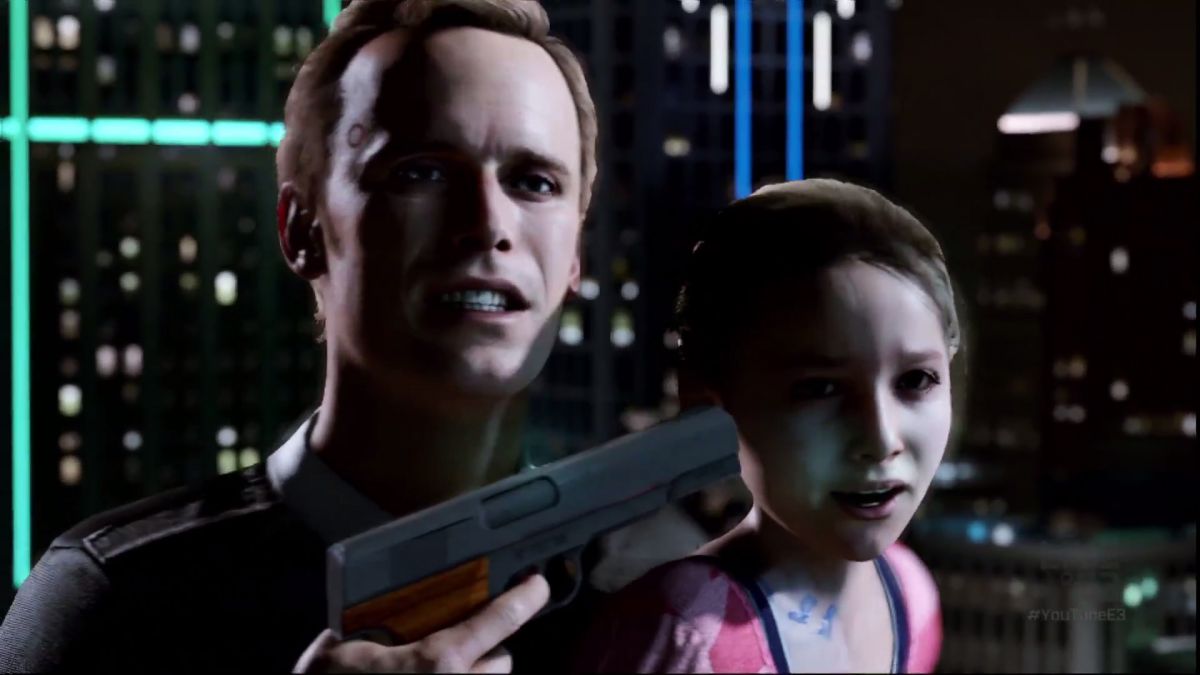 Beyond: Two Souls creator Quantic Dream’s latest title follows a Choose Your Own Adventure format that the studio is now known for with Indigo Prophecy, Heavy and Beyond. However, Detroit: Become Human seems to blow that concept wide open.

The general gist of the game still revolves around making tough decisions that dramatically change the course of the story. Only this time there seems to be a more instantly-replayable factor to the game, but we could be reading into things.

More specifically, Detroit seems like a crazy melodramatic clash between RoboCop and Blade Runner, with you playing a police officer tasked with bringing in rogue androids. Seems like the perfect setup for a moody, futuristic story that’s awfully telling of our world today – whaddya say?

Bonus round: anything Naughty Dog makes next 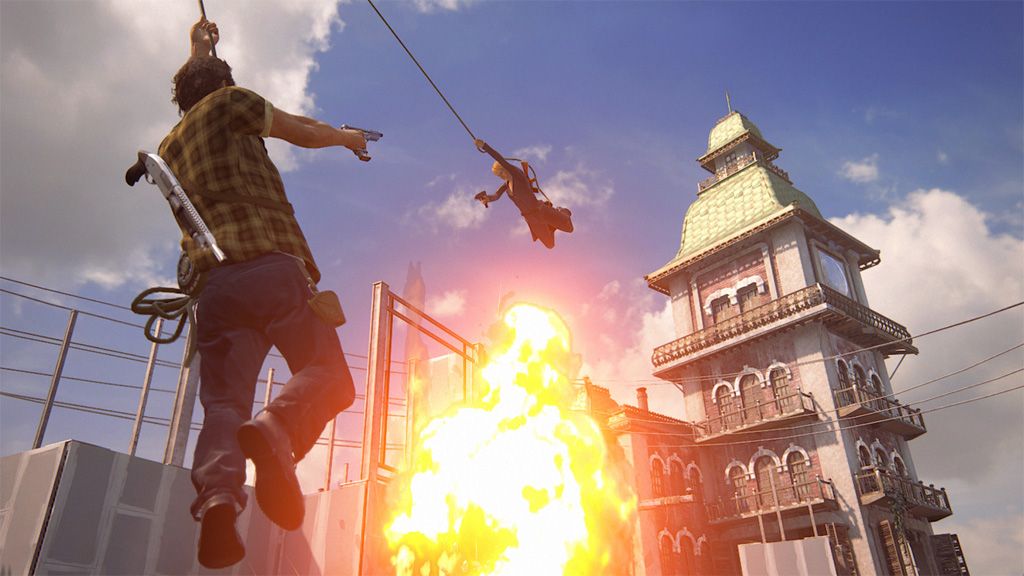 The Uncharted series just came to a fitting and epic conclusion in May via the lovely Uncharted 4. But, another development team at Naughty Dog is already working on the follow up to one of the most critically acclaimed games of all time, The Last of Us.

Joe and Elle don’t need to appear in a sequel. It could simply be a spinoff with a new cast of characters who are fighting to survive against the mutated plague. At this point, we’ll take anything from these folks – just give us more please?

Follow the rest of our E3 2016 coverage and commentary throughout the week here on TechRadar.

Previous ArticleE3 2016: These 5 classic PC games are just dying to be remastered
Next ArticleAnalysis: Did the new Zelda: Breath of the Wild trailer just tease an NX controller?
Comments (3)

Don't miss a deal at Carphone Warehouse
Best offers at Groupon
Discounts, Sales and Deals at Farfetch
Save your money with Mobiles
Online-Shopping with Ancestry
Best products at Sky
Latest Posts