E3 2016: 8 things we’ve learned about The Legend of Zelda: Breath of the Wild

The new Zelda may be Nintendo’s only playable game at E3 2016, but damn, it’s being generous with its portions.

We’ve been treated to hours of gameplay footage, while attendees have been getting stuck into a demo on the show floor and exploring just a large, yet relatively fractional, section from the start of the game.

We have to wait until next year to get our hands on it, but until then, here’s what we’ve just learned about the new Zelda.

It has a name!

Until now we’ve been referring to the next Zelda entry as “The Legend of Zelda”, “Zelda for Wii U”, or just “That New Zelda Game That Was Meant To Be Out By Now. Seriously, Just Let Me Play It Already”.

We now have an official name to call it by – The Legend of Zelda: Breath of the Wild.

It’s a title that fits nicely with the beautiful, vast world Nintendo has created here. The footage we saw at E3 was replete with mountains, trees, grass, wild horses, and lots of other lovely things – Breath of the Wild feels like a well-suited title.

The map is 12 times bigger than Twilight Princess and all the footage so far evokes a real sense of openness and adventure. This is Zelda meets Elder Scrolls.

Past Zelda games have given Link different means of transport, and this time you’ll have a paraglider, while Link’s trusty steed Epona also makes a return.

However, storyline is definitely taking a back seat in Breath of the Wild. There’s a sense that something big has happened in Hyrule, but you’ll have to work hard to find out what it is. The non-linear gameplay means that the story isn’t set out like in previous Zelda games, but we’re told that environmental hints will help us unravel it.

The new Zelda sounds different too. The score no longer follows you around; instead there’s a lot of quiet. It sounds good though – lots of cheeping birds.

As for dungeons, they’ll feature once again – over 100 of them – but they’re now called “shrines”. And you will call them by their proper name. 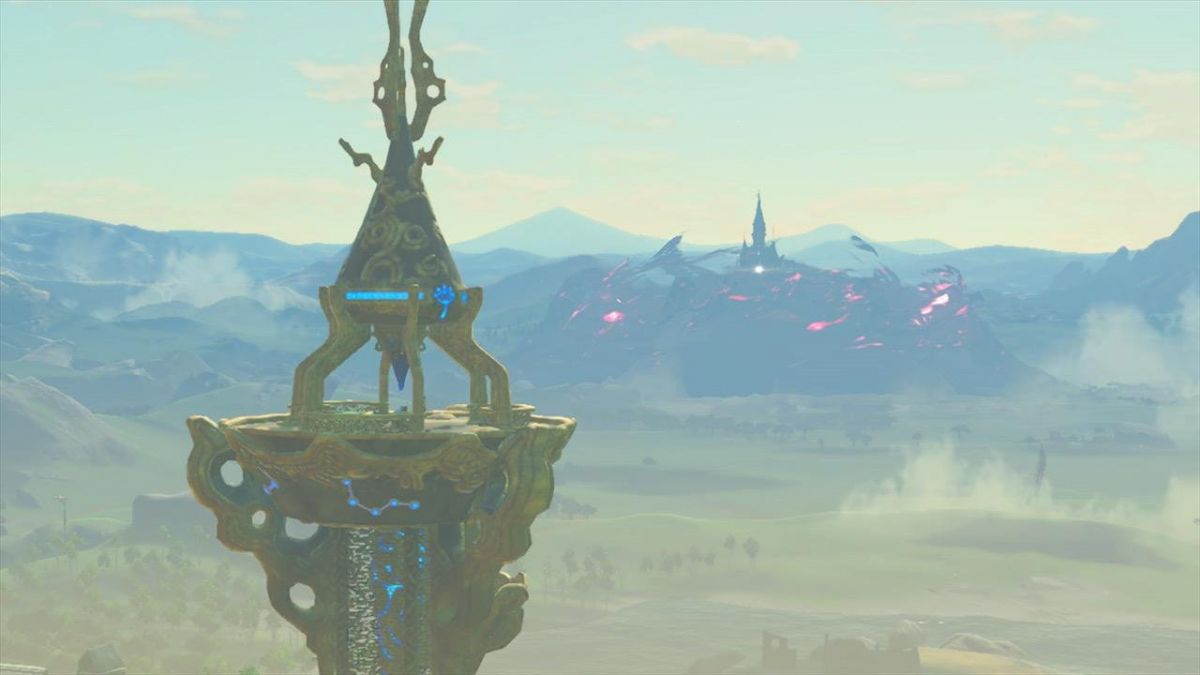 Contrary to rumors, Breath of the Wild will not feature the first female Link, Producer Eiji Aonuma told Gamespot.

“We thought about it,” said Aonuma, “and decided that if we’re going to have a female protagonist it’s simpler to have Princess Zelda as the main character.”

However, the idea was rejected. He added: “…if we have princess Zelda as the main character who fights, then what is Link going to do? Taking into account that, and also the idea of the balance of the Triforce, we thought it best to come back to this [original] makeup.”

We’re not completely swayed by the reasoning there, but now you know for sure – there’ll be no playable female lead.

Breath of the Wild is the first Zelda game to feature voice acting. However it seems this will only be for the voiceovers, one of which is a female voice we hear at the start of the game. It was a bit strange to hear at first, but we dig it. 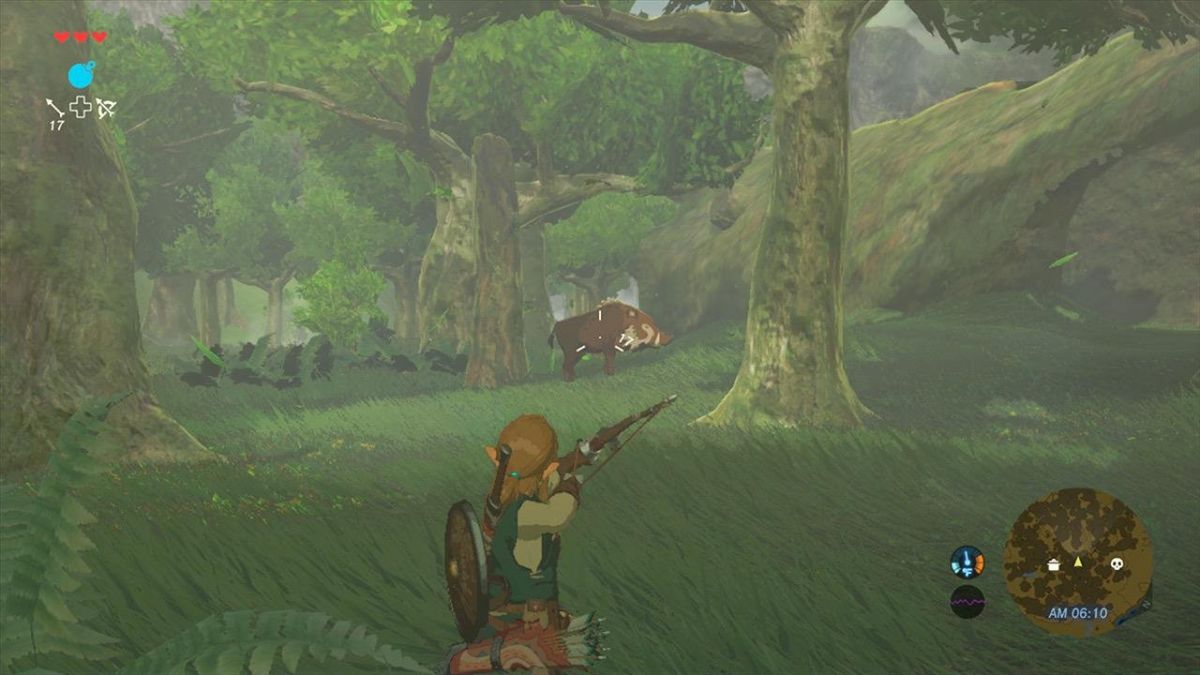 Link has been watching a lot of Bear Grills

Chopping trees. Cooking food. Starting fires. Gathering resources. There’s more of a survival-game feel to Breath of the Wild than in previous Zeldas. He even needs to put on warmer clothes in order to survive the colder climates (there’s a temperature gauge too!).

You’re also encouraged to take weapons from the enemies – which have life bars – you kill and use them as your own. You’ll be able to repurpose things like pan lids into weapons, but be careful of decay. Using weapons will wear them down, eventually causing them to break completely.

The new Link can hunt and cook food which will replenish his health. You can find new recipes, some of which will have other status effects on our hero, including one that helps you stay more quiet when stealthing.

Breath is also the first 3D Zelda game with a dedicated jump button, which will allow Link to jump up walls and help him scale rock faces.

That’s right, Link can now climb rocks, trees and just about anything else nice and grippable. You have a stamina gauge that depletes as you climb, and this can be extended as you progress through the game. 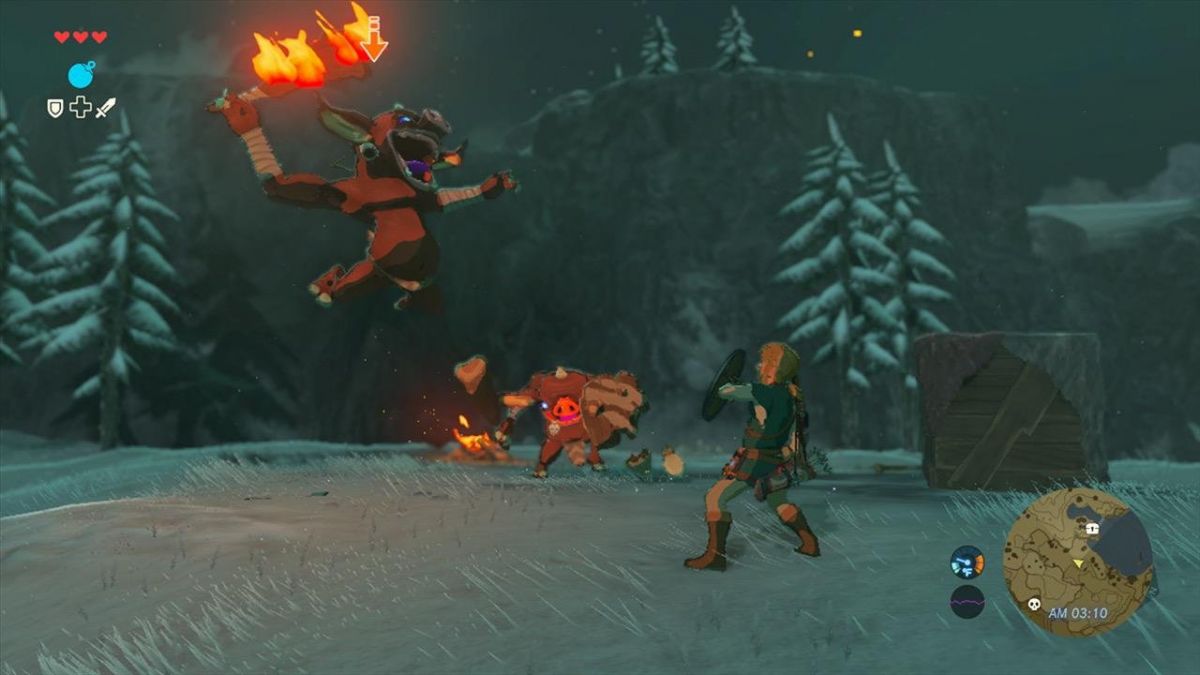 Link has a tablet

It’s not exactly an iPad, but Link has a new toy called a Sheikah Slate where all of your quests and inventory are managed. It’s also where you’ll find your map, although it’s surprising that the GamePad isn’t more integral to the game. In fact, you can play the whole game without it.

Breath of the Wild keeps as much of this information in your Slate as possible, leaving the game’s HUD nice and uncluttered.

Wolf Link is back, but there’s a catch

Link will be wandering the vastness of Hyrule solo, but you will be able to call on the help of Wolf Link if you own the Wolf Link amiibo. He’ll help you take down enemies and sniff out items. 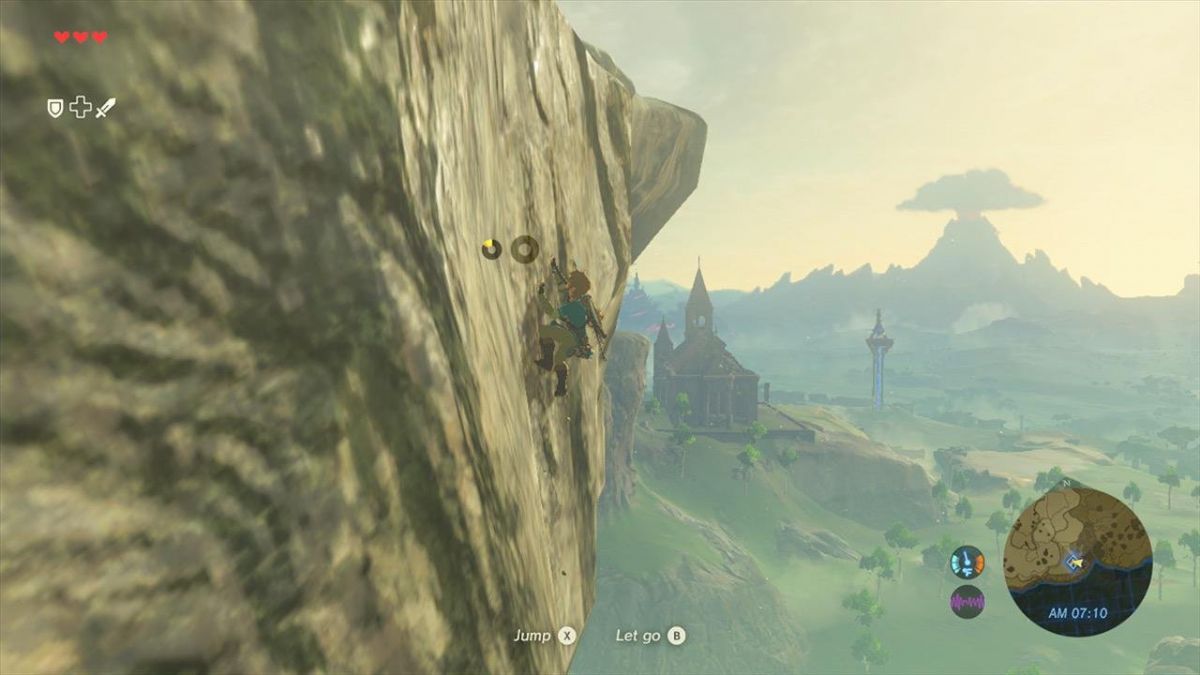 Wii U and NX will get the same experience

Zelda producer Eiji Aonuma says that Wii U and NX will get the “same experience”, although this sounds like it leaves room for a few differences. We expect the control system is going to be a bit different, and perhaps the NX is part of the reason the Sheikah Slate doesn’t make more use of the GamePad.

The Wii U version will support the Pro controller, so you won’t even need to use the Wii U GamePad if that’s not your thing.

Previous ArticleWWDC: MacBooks are learning a lot from Chromebooks, and that's a good thing
Next ArticleNew LG Portable Speaker art series by JonOne Sounds as great as it looks
Comments (5)

Don't miss a deal at Marks and Spencer
Best offers at O2 Mobile
Discounts, Sales and Deals at Sky
Save your money with Sephora
Online-Shopping with Adobe
Best products at H&R Block
Latest Posts