DJI is rightly famous for its drones, but it’s also quietly been building a reputation for standalone cameras of late and it’s now gone all in with its first full-on GoPro rival: the DJI Osmo Action.

And this is no token gesture. Not only is the Osmo Action a direct challenger to the GoPro Hero 7 Black in the action camera space, it also pretty much matches it feature for feature, with 4K recording and an advanced, in-built electronic stabilisation algorithm called RockSteady.

That’s not the only exciting feature about the Osmo Action, though. It also has two full-colour screens, voice control and native waterproofing without the need for a case, plus it can record HDR footage at up to 4K as well. 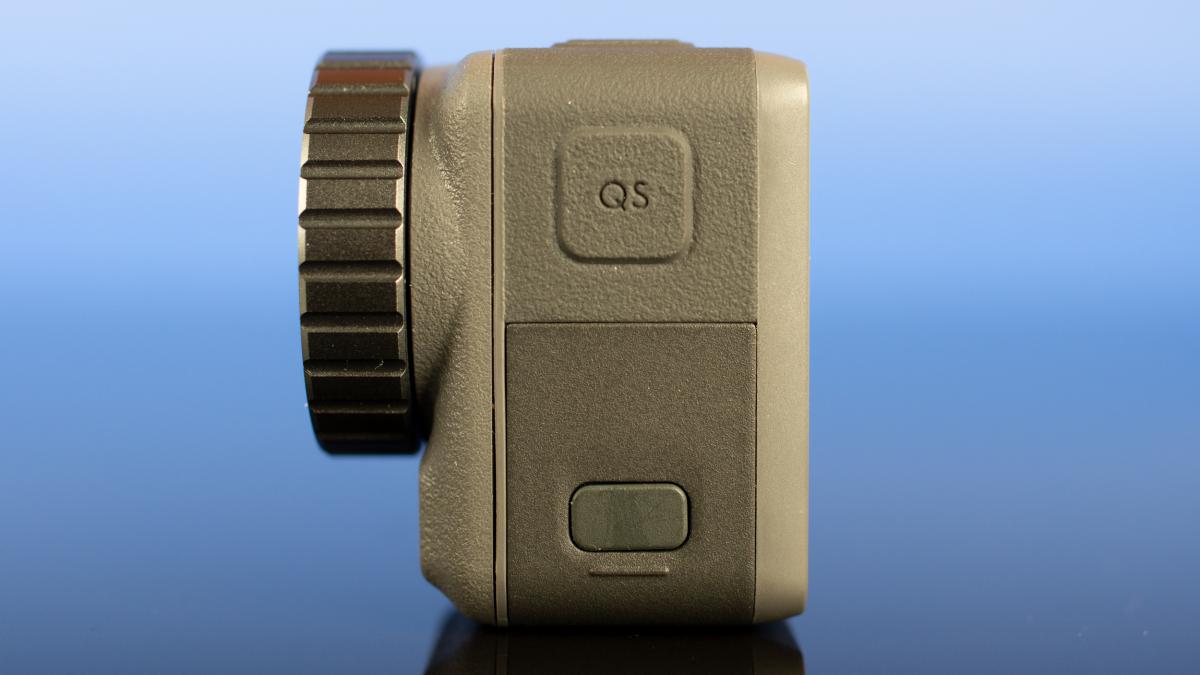 DJI Osmo Action review: What you need to know

In a nutshell, then, the DJI Osmo Action is designed to deliver the GoPro Hero 7 Black with a few extra features. It’s designed for the same people and activities, it works with the same mounts and even looks the same as a GoPro. In short, if you’re looking for a camera to take out mountain biking, surfing, skydiving or climbing, this camera should be on your shortlist.

Of the current GoPro range, there is cheaper model – the GoPro Hero 7 White – which costs £179 but this shoots at only up to 1440p, not 4K, has no GPS and has a much more limited list of video and capture modes. Meanwhile, if you can’t face spending even this much, there’s a whole host of cheap sub-£100 action “4K” action cameras at Amazon. Be careful, though, as many of these won’t be able to record 4K at 60fps, and most will need a case to be used in the water.

How good is the Osmo Action? As soon as you pick it up, it becomes immediately apparent that DJI is serious about taking GoPro on head-to-head. Physically, the design is eerily similar to the classic GoPro design. It’s a small, rugged-feeling brick with a lens that protrudes from its left side, a touchscreen at the rear and a smaller, non-touchscreen colour display at the front.

As with more recent GoPro Hero cameras, the DJI Osmo Action doesn’t have a tripod thread built into the main body of the camera. Instead, mounting is achieved via a plastic cage that wraps around the camera’s edges and clamps to it tightly via a clasp at the top. This can be attached to most standard action camera mounts. During my time so far with the camera, I’ve had it mounted on this rucksack strap mount from PGYTech and it fits perfectly. That’s great news if you already have some mounts from an old action camera hanging around in a drawer.

It’s covered in textured grey rubber and plastic and feels solidly made, too, and just like the GoPro Hero 7 Black, it’s fully waterproof to 11 metres, thanks to sealed flaps covering the battery compartment, USB and microSD ports. Shutter and power buttons adorn the top panel and are easily operated with gloves on. There’s also a quick settings button on the left for switching between the camera’s various modes and user presets. 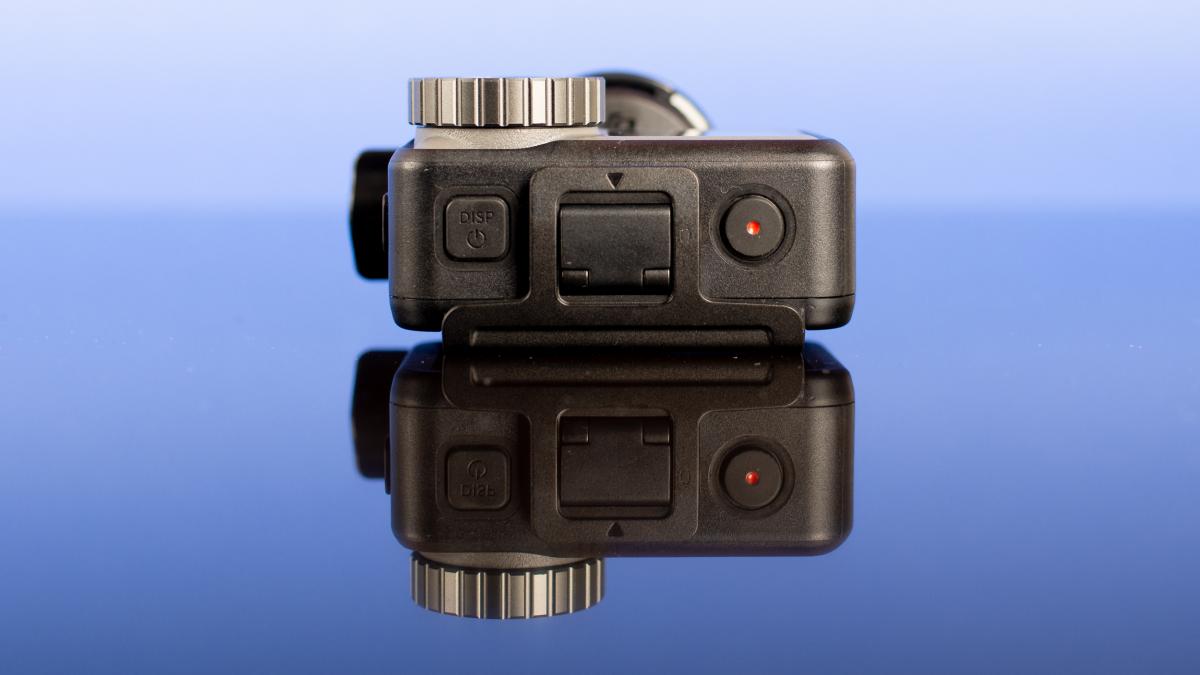 Fire it up and the UI is a doddle to get to grips with, with most settings a single swipe or prod away, and it’s a lot smoother and more intuitive than the rather fiddly GoPro interface. There are plenty of settings and modes to play around with, too.

Impressively, the camera can shoot in 4K at up to 60fps, fully stabilised; and that stabilisation is very impressive. Mounted on my shoulder during my regular hour-long cycle commute, it completely smoothed out all the lumps and bumps in the road to provide rock-solid footage. 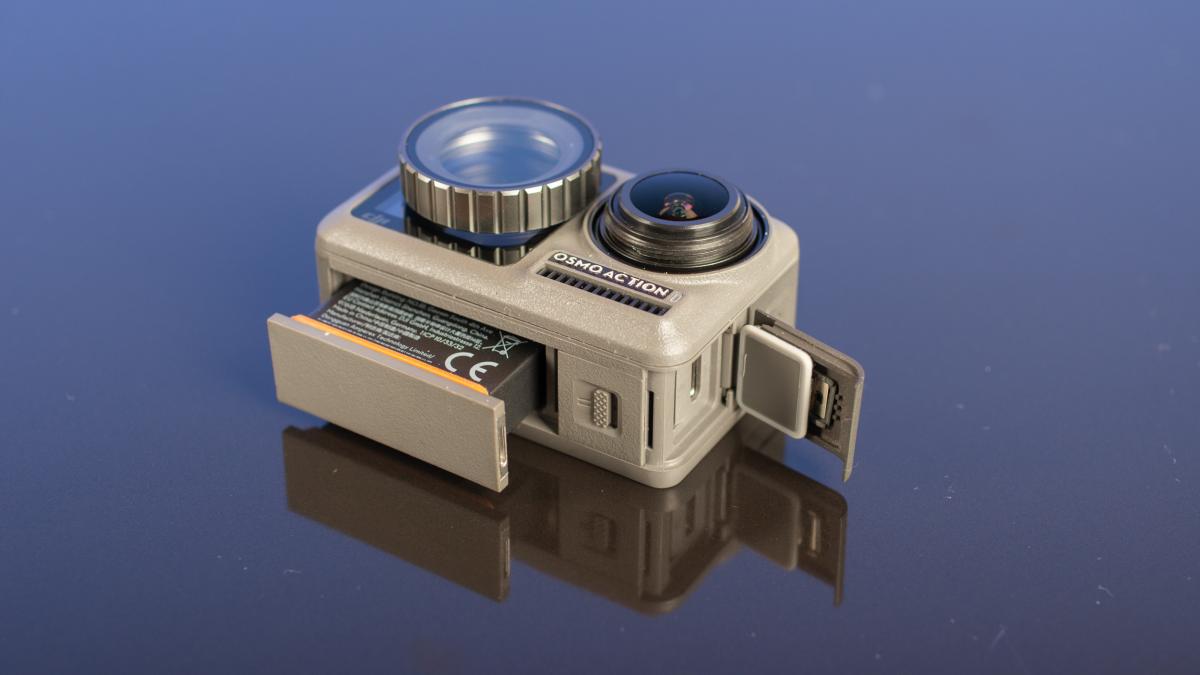 Other modes include HDR – although shooting in this mode disables stabilisation – and there’s also timelapse, hyperlapse and slow motion. There’s a host of still image options, too, including manual exposure settings, auto bracketing med shots. The resolution of those images, incidentally, is nine megapixels, and images can be recorded in RAW and/or JPEG mode.

You can pull footage directly from the camera’s SD card or via a direct USB Type-C connection for editing but, just like the DJI Osmo Pocket, the Osmo Action is designed to be paired with the DJI Mimo app for easy editing on your smartphone or tablet.

The star feature, however, is that full-colour front screen, especially for those interested in using the camera for vlogging. It isn’t activated all of the time – you need to switch it on with a quick, two-fingered double-tap on the rear touchscreen – but it’s a real help when you want to address the camera and ensure you’re fully in-frame at all times. 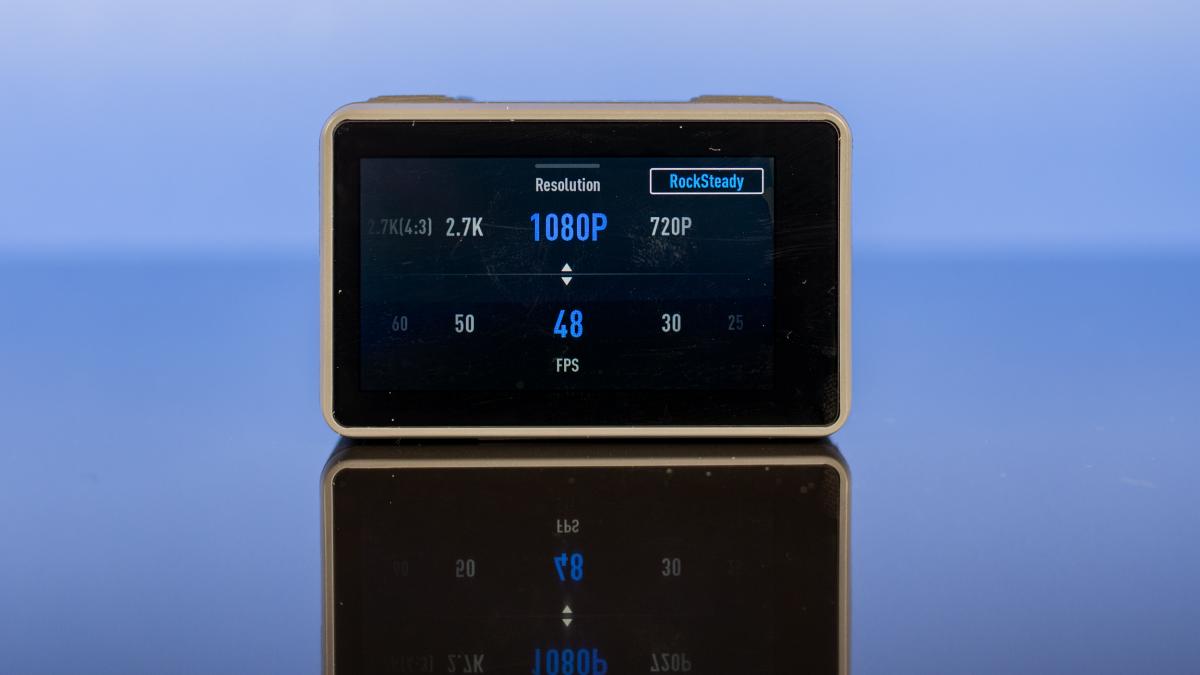 As for image quality, that’s largely the same as the Osmo Pocket, since it uses the same 1/2.3in Sony IMX377 sensor. This means that, despite a relatively bright aperture of f/2.8, in low light you’ll still see plenty of image noise, both in video and stills. In good light, however, detail is crisp and well resolved and colour reproduction is solid, too.

Importantly, as I’ve already mentioned, the stabilisation is good enough to flatten out most even quite severe lumps and bumps, and footage looks almost as smooth as if the camera were mounted in a mechanical gimbal system.

One other feature that widens the possibilities for creative shots – if you want longer shutter speeds for increased motion blur in video, for example, or long-exposure waterfall images in daylight – is that the lens housing can be entirely unscrewed and replaced with a neutral density filter. You can buy

Given that this is DJI’s first foray into the world of GoPro-style action cameras, the Osmo Action is a pretty good debut. It shoots detailed, smooth 4K footage at 60fps, has a range of useful modes and is natively waterproof, too, without the need for a case.

Previous ArticleAMD's eight-core Bulldozer CPU 'deception' has cost it $12.1 million
Next ArticleThe story behind every Xbox One controller ever made
Comments (0)