A quality top-tier rig that’ll compete with what next-gen consoles will eventually deliver.

Corsair’s Vengeance line of premade gaming PCs blend sleek mid-tower design with clever LED lighting controls and top-tier specs. The upper echelon i4200 model is no slouch either, featuring a Comet Lake Intel Core i7, 32GB of Corsair Vengeance DDR4 Ram, an Nvidia GeForce RTX 2080 Super and 960GB SSD for storage. Unlike the beautifully styled yet powerful Corsair One, it’s also easily upgradeable. A two-year warranty and lifetime tech support backs up the $2,449 (£ 2,182, AU3,568) price point. For $50(£44, AU72) less, one could make a jump down to 16GB of Corsair Vengeance DDR4 Ram. 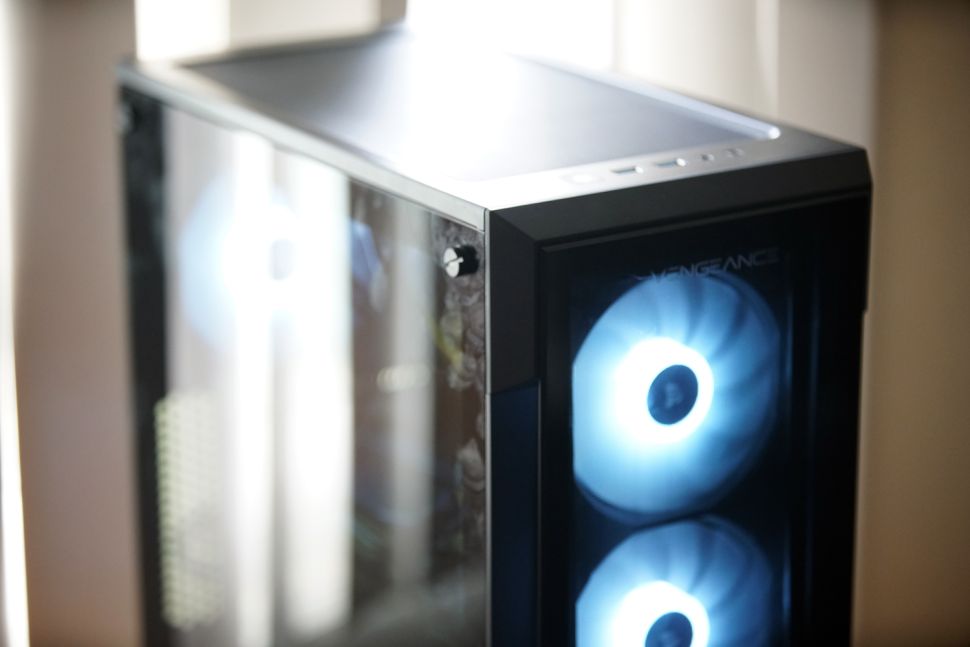 The i4200 should work well for someone willing to shell out the dough right now for a stylish looking rig that’s powerful enough to take on next-generation gaming consoles. Anyone looking for something that’s a bit more future proof within the top-tier sector should probably hold off until the new rounds of CPUs and GPUs come around the corner or purchase something within the pricey ultra-luxury tier of gaming desktops.

However, the Vengeance i4200 has noticeably less storage than its competitors, which also offer various secondary drives in the price range. Hard drive space could be considered more important than ever as games start to normalize 100GB-plus requirements. The 960GB offered at this price point is slightly disappointing. However, Corsair’s warranty plan and support guarantee coming standard does lend a slight edge in customer assurance. 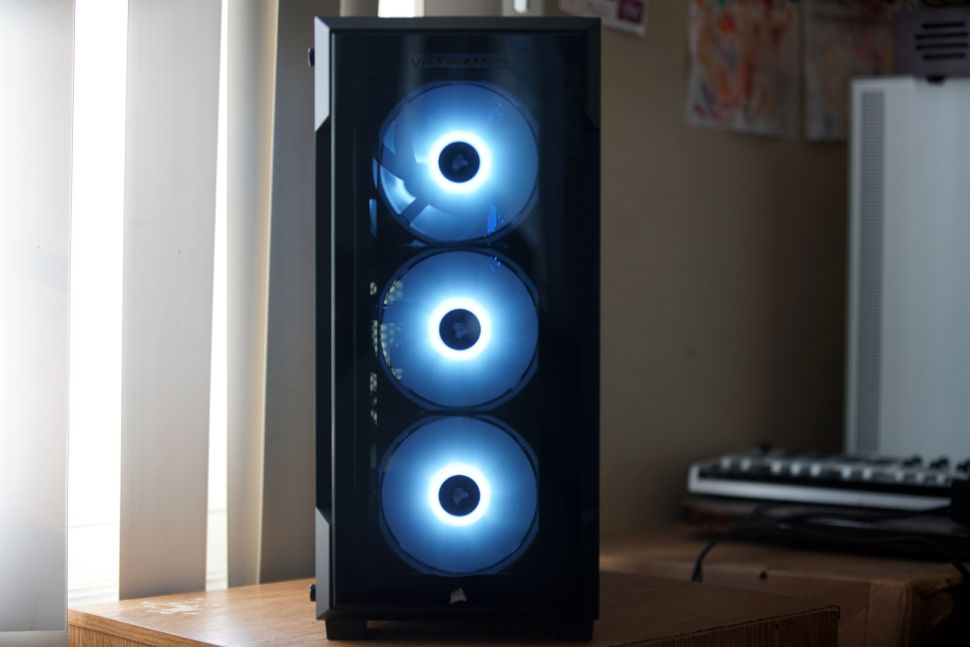 When it comes to aesthetics, the Vengeance i4200 lacks the bold design language offered by the Alienware Aurora R11. Though more of a traditional looking tower, the all black styling lends to a more premium look. 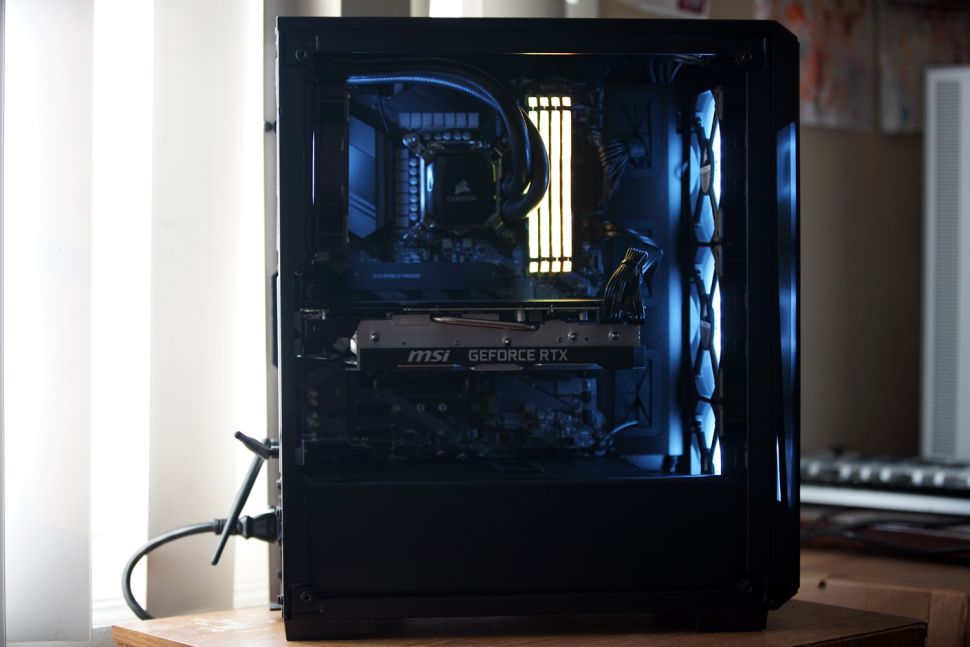 The i4200 case comes alive thanks to three large LED-lit fans viewable through its tempered glass front panel. A side profile view reveals a clear tempered glass side panel, displaying internal components alongside RGB RAM and rear fan.

Of course, the RGB lighting of the fans and RAM can be controlled through the Corsair iCue software. Alongside some pre-installed signature lighting profiles, you can create your own custom profiles as well. 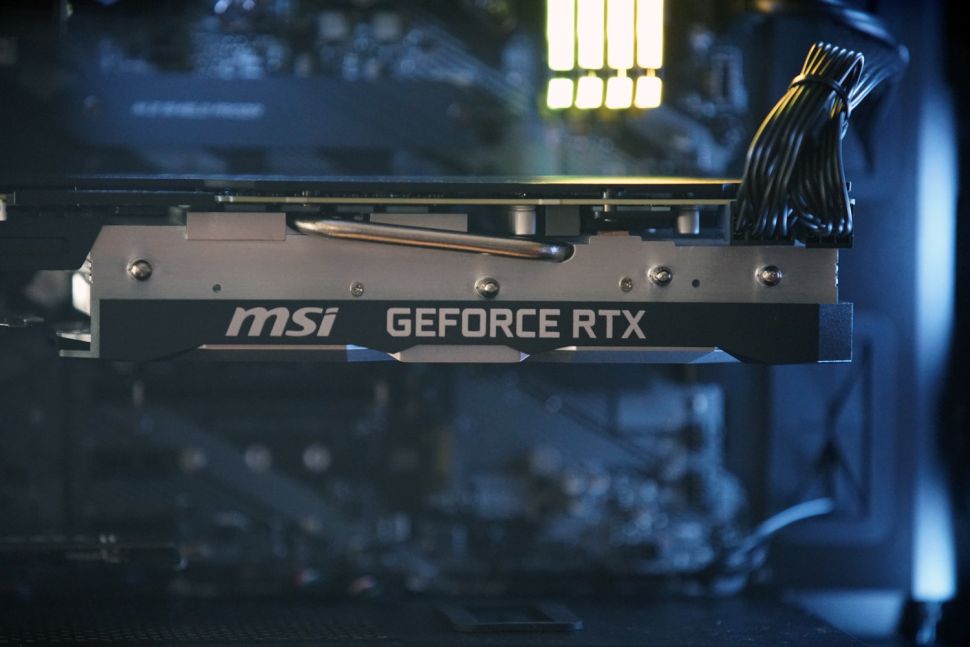 The Corsair Vengeance i4200 makes good use of its 10th-generation Intel Core i7 processor and Nvidia GeFore RTX 2080 Super. Graphical powerhouses including Doom Eternal and Control stayed locked at 60fps at 1080p on max settings without a hitch.

The Corsair Vengeance i4200 handled its own in benchmarks too. In PCMark 10, it managed a score of 7,670 points, along with 4,312 points in Cinebench R20. This continued in GeekBench 5, with the desktop managing a multi-core result of 8,581 points. And, as for raw gaming performance, this gaming PC earned a high 11,339 point score in 3DMark Time Spy. 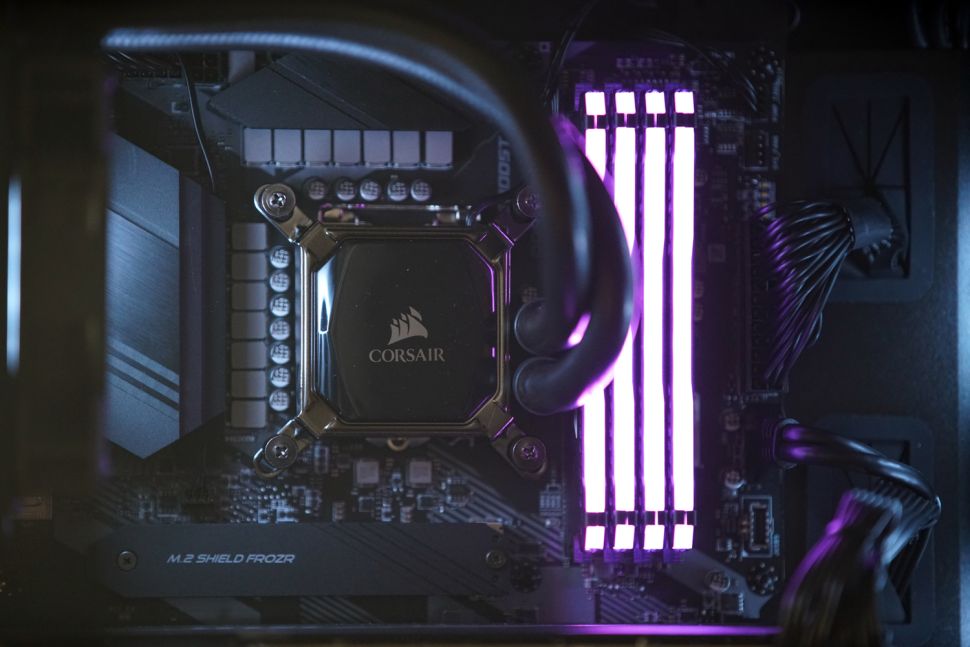 Purchasing a Vengeance i4200 would have made absolute sense about a year ago. Those looking to upgrade their current rig may find it cheaper to simply upgrade their CPU / GPU combo. Anyone looking to make the dive into a pre-made set-up have a good starting point. Having a two year warranty definitely sweetens the deal as well. For now, the i4200 offers solid performance in a stylish multicolored package. 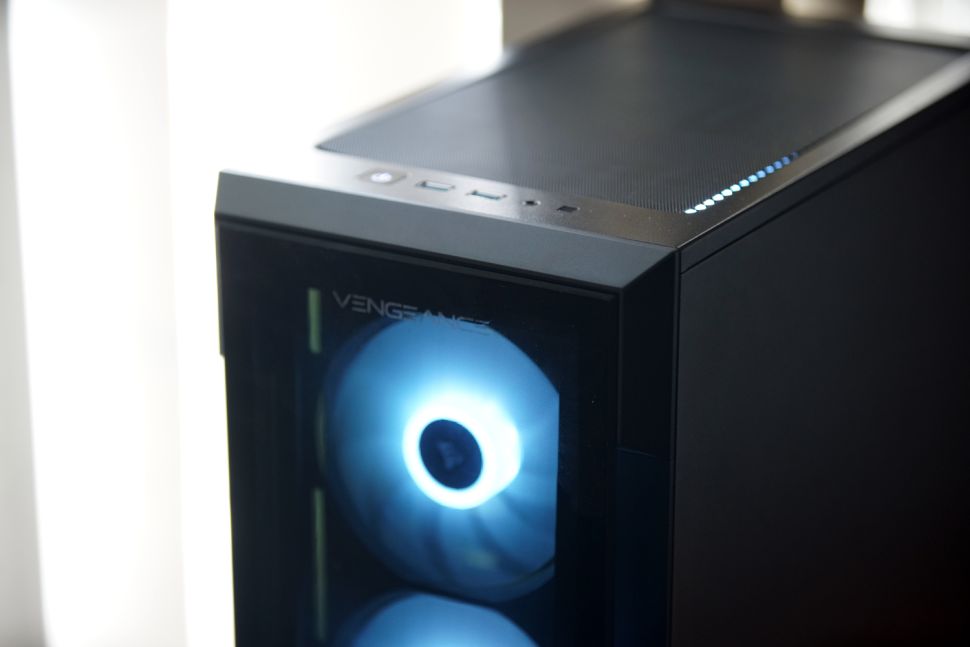 You are looking for a solid pre-made performer

The Vengeance i4200 can handle pretty much any modern visual powerhouse at 1080p with max settings. It’s even powerful enough to handle whatever multiplatform games next-gen consoles will release in the future.

You want a stylish yet efficient case design

The case is not only a wonder to look at with it’s all black design. Controlling LEDs for both fans and ram through the iCue software adds purposeful customization. Plus, those looking to make upgrades also have plenty of room.

Having a two year warranty and lifetime customer service should definitely relieve any potential buyer’s remorse if anything goes wrong.

Looking for a similar set-up with more storage

Compared to similar priced offerings from other gaming desktop makers, offering less than a terabyte of storage is disappointing.

This won’t be attractive to those who can build their own slightly more powerful gaming rigs for the same suggested retail price.

Don't miss a deal at Turbo Tax
Best offers at H&R Block
Discounts, Sales and Deals at Brian Tracy
Save your money with Newegg
Online-Shopping with Bodybuilding
Best products at Farfetch
Latest Posts